Nas Net Worth- How Rich is Nas 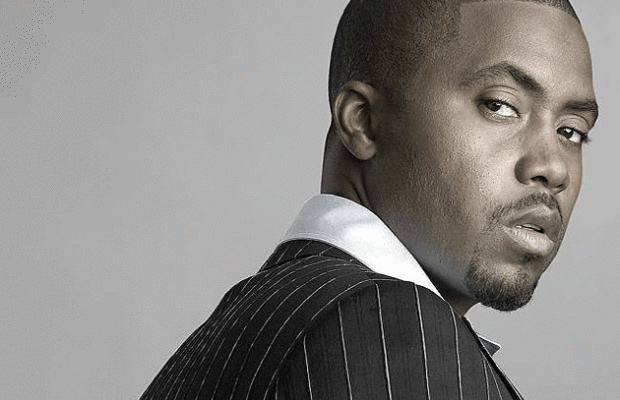 Nas is a popular hip hop artist whose powerful lyrics never fail to evoke emotions and amaze critics. From being rejected by major record labels to being named as among the greatest performers in the genre, Nas has made quite a name for himself. With many investments and business ventures that contribute to his income, he has not forgotten to give back to the needy with his numerous charitable endeavors.

Read on and find out more about Nas and his journey to fame and fortune.

How did Nas make his money & wealth?

Born on September 14, 1973 in Brooklyn, New York, Nasir bin Olu Dara Jones grew up in a housing project which served as inspiration for the stories he wrote. His interest in music blossomed thanks to his father, the jazz musician Olu Dara, who brought the young Nas to the studio. Nas was exposed to hip hop music when his neighbor let him listen to tracks, and later on he practiced spitting rhymes. Nas dropped out of school and fully immersed himself in the genre’s world.

In 1988 Nas was introduced to hip hop group Main Source and he was featured in their single “Live at the Barbecue”. He also recorded the single “Halftime” which was included at the soundtrack of the 1992 drama film Zebrahead. His recorded material became recognized in the realm of underground hop hop but a recording contract eluded him as labels rejected his work. Fortunately MC Serch helped the aspiring rapper secure a contract and, in 1994, Nes finally released his debut album titled Illmatic. Critics praised the album and declared it as a masterpiece in the genre. Illmatic peaked the charts and was named numerous times in different “greatest albums” lists.

Through the years Nas released eleven studio albums that were all critically acclaimed. He was hailed as among the greatest artists in the genre. His ability to pen evocative lyrics and rap in different personas has been highly praised by critics. Currently he is working on his 12th album and has been named as among the executive producers of an upcoming Netflix series The Get Down. Nas also had his fair share of acting in movies like the 2001 thriller Ticker and 2002 drama John Q.

Outside of hip hop Nas has other ventures that contribute to his hefty income. He was one of the cofounders of the lifestyle website 12Society.com which launched in 2012. In 2013 Nas invested in the relaunch of mass media company Mass Appeal and became their associate publisher. During the same year Nas made another investment, this time on a budding company named Proven that seeks to help people find jobs through a smartphone app. He also became the brand ambassador in the Wild Rabbit campaign of cognac house Hennessy, and started his own clothing line named HSTRY. In 2014 he opened his own sneaker shop named 12AM RUN in Las Vegas, and was among the investors on the video advertising startup ViralGains.

Last year Nas was one of the people who made an investment in audio mastering software LANDR. He also partnered with restaurant Sweet Chick in expanding the brand throughout the country. He makes his investments through the firm Queensbridge Venture Partners. According to Crunchbase, Nas has made 40 investments in 34 different companies from 2011 until this March 2016.

Nas was married to singer Kelis Rogers from 2005 until their divorce five years later. Prior to Rogers, Nas also dated Carmen Bryan and Mary J. Blige.

Does Nas have children?

Yes. His first daughter was with Bryan named Destiny Jones and was born on June 15,1994. Next he had a son with Kelis named Knight Jones and born on July 22, 2009.

It is reported that the rapper earned around $2.3 million last year.

Nas currently lives in Los Angeles on a $1.6 million mansion bought in 2007. His former wife Kelis used to live with him there until their divorce in 2010.

Nas Charity and donations and philanthropy

Nas teamed up with Damian Marley, the son of the legendary Bob Marley, in 2010 to release an album titled Distant Relatives. A portion of sales derived from the album were donated to the construction of a school in Congo and to other charity projects in the continent of Africa.

The rapper donated a dollar for every ticket sale from his gig in London to the Amy Winehouse Foundation, as established by the family of the late Amy Winehouse. The foundation seeks to help young people around the world in battling alcoholism and drug misuse.

Nas was a supporter of the George Harrison Fund for UNICEF. In 2011 he spread the word on making donations to the charity that helped people in the Horn of Africa who were affected by the crisis. During the same year he attended the annual Art Basel in Miami and painted a canvas onstage. The masterpiece was auctioned off to charity, and a bidder took it home after offering $14,000.

He is one of the many celebrity spokespersons of P-Tones Records, a non-profit that helps mentor kids who have shown interest in music. Their program leads to a student’s creation of a full-fledged album with absolutely no cost.

In the aftermath of Hurricane Sandy, Nas started a poster-making contest wherein the winning design will be used for his New Year’s Eve concert. Half of the proceeds from the sales of the said poster during the concert were donated to help Hurricane Sandy survivors through the Red Cross.

Nas partnered with the initiative Saving Our Daughters along with famed rapper T.I. in the organization’s charitable efforts throughout the country. One of the activities they did was the giving of 200 dolls to little girls during the annual Bratz Doll Drive in 2012. 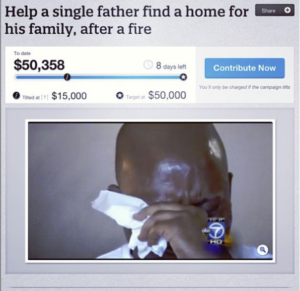 In 2013 Nas started a crowdfunding campaign to help a single father named Stanley Young and his eight kids after they were rendered homeless by a fire. Nas donated $5,000 to the pot and the campaign managed to raise $63,000 with the help of more than 2,000 donors.

In 2014 Nas financed the scholarship of ten college graduates in the one month career training camp of Koru, a job placement company. Nas even joined the ranks of Koru as one of their guest coaches.

Nas set up his own Bitcoin wallet in Coinbase where every bitcoin he receives will be donated to Watsi, a crowdsourcing platform that seeks to help individuals with medical funding. You can still visit his Coinbase page and make a donation by sending Nas a bitcoin or two.

Nas was honored by Harvard University in 2013 with their Nasir Jones HipHop Fellowship. It seeks to fund artists and scholars who demonstrate potential in arts concerning hip hop.

His debut album Illmatic has a long list of accolades. It peaked at the Greatest Albums by Year 1980-98 list of the now-defunct magazine Ego Trip. Not only did it manage to earn the highly-coveted “five mic rating” from the magazine The Source, Illmatic also earned five stars from All Music Guide, Rolling Stone, and Music Story.

Nas has won three awards and earned 18 nominations throughout his career. A majority of his nominations come from the Grammy Awards.