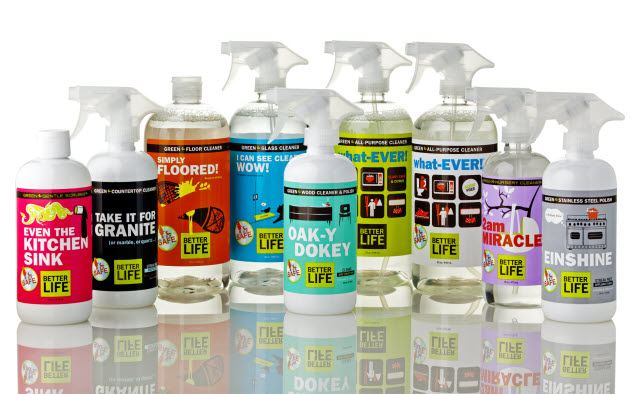 Cleaning products are a necessary part of life, but can be a bit unfortunate if you come into contact with them. Modern day cleaning products are very chemically-formulated and super chemical-heavy. However, Better Life Cleaning Products seeks to change the way that we, humans, perceive cleanliness and how we clean.

Entering the Shark Tank are two best friends from St. Louis, the founders of Better Life. Better Life is a cleaning product company, but actually has better, safer cleaning products compared to some chemical-laced products. They are Kevin Tibbs and Tim Barklage, the founders of Better Life. They are looking for $400,000 in exchange for a 7% equity stake. Better Life is a revolutionary product that will change what people will think of as clean; they are natural, safe, and actually work better than some of the products that are available on the market today.

Kevin notes that he has kids, and when his kids started crawling around on the floor, he became worried due to not knowing the nature of what was contained in the cleaners that were used around the house. To give an example to the sharks, the two from Better Life have a tile that has been spraypainted upon. Tim pours a little bit of a cream scrub on the tile, vigorously rubbing it and eventually scrubbing it clean. Kevin notes that this is all possible from a plant-based product, and continues on with the demonstration. Tim takes a raw chicken leg and wipes it across the counter top, taking a sample and putting it into a machine and saying that any number over 200 would be considered a dirty surface. The machine returns a result of 8,840. What any of this means, I do not know.

Tim then takes a leading national brand chemical cleaner, cleans the surface, and Kevin then takes another reading which comes out out to 433. Tim then uses the Better Life cleaner, the Whatever cleaner, and then another sample is taken – this comes out to a result of 44. Kevin says that other products also come with a variety of warnings and disclaimers and labels, and says that on the back of the leading national brand, it instructs the user that they actually have to clean the surface afterwards with soap and water, despite it being a cleaning product. To demonstrate the absolute safety of the products, Kevin sprays a little bit of the cleaner into his mouth, saying that the Better Life products are just that safe.

Guest Shark John Paul DeJoria has appeared on this episode of Shark Tank, and wants to know how long the two from Better Life have been selling their products. Kevin says that a little over four years ago, they began selling, and just the past fiscal year they did $1.2 million dollars in sales. Most of their sales go to Whole Foods, but also go to other places such as Crate and Barrel. The products are sold anywhere from $5.99 to $6.99. Their net was $115,000 pre-tax, which is about 5% of their total worth – they receive 7%, but they are investing that extra 2% back into the company to grow the brand. 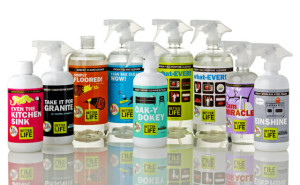 Daymond steps in and says that it is possible for competitors to step in and run a formulation analysis, and even John Paul himself could possibly run the formulation. Tim says that he has been a formulation chemist for 15 years, and reverse engineering would not yield a positive result for them. With the money from Shark Tank, they would be able to grow their brand, but they are also after a strategic partner with the knowledge to help their brand grow. Daymond says that for 7%, no Shark would possibly be interested.

Mark asks if they are the largest players in the safe cleaning business, and at this point Kevin says he does not know many other presenters who would be willing to spray cleaner into their mouth. Lori says that she loves the presentation, and would like to make the first offer of $400,000 for a 17% stake. With this offer, Lori says that she had a door into Bed Bath and Beyond, and could also get the item into stores as QVC, which is a popular supermarket store in the United States. She gives an example of a sponge-like product which she recently invested in, and reveals that within the past year, she has done $13 million in sales for just that sponge alone through her channels and partnership.

Kevin says that he is disappointed in Lori’s greed, and says that he would like to actually make a loan offer to Better Life of $400,000 over 7 years with interest of 10%, and wants 5% equity in Better Life. This would essentially make Kevin the banker of Better Life, and he says that he has the full faith that Better Life would be able to repay the loan quickly.

John Paul says that he is a major shareholder of John Paul Selects, which is a distributor for major stores throughout parts of the world. For $400,000 he wants to split a 20% stake with Lori. However, this is less than what the company is valued at. Daymond says that he would offer a $500,000 investment for a 20% equity stake. The two from Better Life try to haggle down to 10%, but Kevin says that for the popularity of Shark Tank, they have to be willing to give a lot up. He also says, “This is the Shark Tank, there’s nothing like it on Earth,” which is a completely true statement – most places that appear on Shark Tank receive an immense boost in popularity due to simply appearing on the television show.

In the end, the two from Better Life accept Lori and John Paul’s deal of a $400,000 investment at 17% equity which then drops to 7% equity when the Sharks are paid back in full.