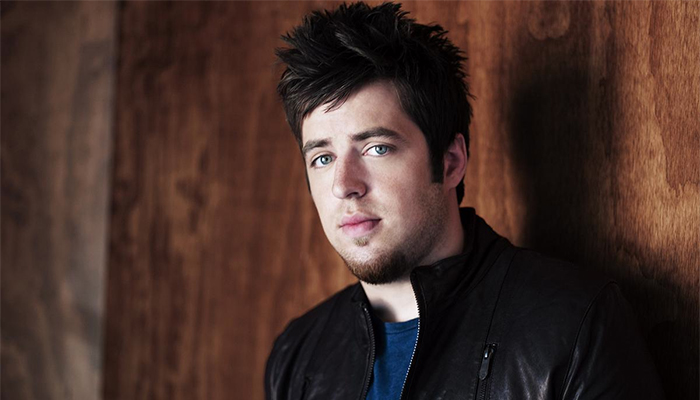 Lee DeWyze is most well known for winning the ninth season of American Idol in 2010. However unlike some of the other contestants, DeWyze had already been working in the music industry before competing on the show. The singer was in fact, a part of the Lee DeWyze Band, which he had founded, and was working on a solo music career when a friend suggested for him to audition for American Idol. Prior to his time on Idol, he and his band had released two independent albums, one titled “So I’m Told” in 2007″ and another titled “Slumberland” in 2010. The local band was well known, and had toured and performed in various parts of the city.

However his music career with the Lee DeWyze Band soon came to an end as he left band life for Idol life. After being crowned as the winner of American Idol, DeWyze eventually won a recording contract with RCA Records and released his first independent studio album titled, “Live It Up” on November 16, 2010. Since then, DeWyze has gone on to release multiple albumsーsix to be exact! But what has the singer been up to besides song writing? When was the last time he had performed in the public? What happened to Lee DeWyze? Where is he now in 2018? 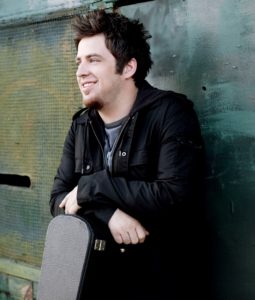 Born on April 2, 1986 in Mount Prospect, Illinois, Leon James “Lee” DeWyze Junior was the oldest son of Kathleen DeWyze and Leon Dewyze, a postal carrier. The singer has a younger brother named Michael and two older sisters named Shannon and Sarah. Growing up as a child, it had been said that DeWyze had been highly influenced by music artists such as Cat Stevens, Eric Clapton, Simon & Garfunket and Ben Harper.

As a young boy, Dewyze attended St. James Catholic Elementary School in Arlington Heights and eventually went to Prospect High School in the Mount Prospect area in which he was born. However at the time, his teen life as a student was far from ideal; in fact, he had a history of getting into fights at school. As a result from this, DeWyze was ultimately expelled from high school during his senior year. But he didn’t let this stop him; drawing inspiration from his teachers and his love for music, DeWyze attended a different high school, Forest View Alternative School, in Artlington Heights for his studies.  In the end, although he did not graduate from either high schools, the singer was later able to successfully attain his GED. 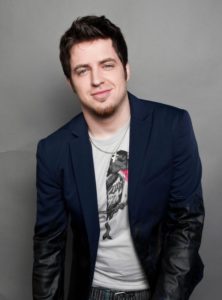 Despite having started to sing at an early age with a passion for music, DeWyze never did step foot into the industry until he was 17 years old. It wasn’t until 2003, when his talents were recognized by musician Louis Svitek, at a house party in the northwest suburbs of Chicago that he started to sing. Dewyze was eventually signed to WuLi Recordsーa recording label which Svitek had been managing in Chicago along with Ryan McGuire. It was then that the “Lee DeWyze Band” was bornーtogether with members DeWyze, McGuire, Henderson and Svitek himself.

A few years later in 2007, Dewyze recorded and released his first album “So I’m Told”, which had been produced by Ryan McGuire; he would release another in 2010 titled “Slumberland”. The members of the “Lee DeWyze Band” eventually grew closer as time went by. In 2008, it was decided that the band would be recording a song for the Square One Organic Baby Food Company, as a favour for Hendersonーwhose wife owned the company; in total, six songs were recorded on a promotional “Square One Organic” CD.

Having performed and toured the area at various venues, “The Lee DeWyze Band” was fairly popular amongst local citizens; the band had made an appearance on WXRT in a radio play and had even been featured on a local TV sports program. Dewyze was highly involved with the band prior to auditioning for American Idol.

Lee DeWyze And His Time With American Idol 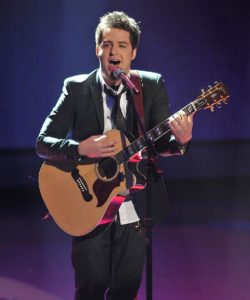 In June 2009, DeWyze went to the United Center at Chicago to take part in the American Idol auditions after receiving encouragement from his friend, who had also been trying for the show. For the audition, he performed a rendition of Bill Wither’s “Ain’t No Sunshine” and was eventually selected as one of thirteen people from Chicago, to have been able to make it through to Hollywood Week on the show. DeWyze was grouped with fellow American Idol contestants Aaron Kelly and Crystal Bowersox as part of the Hollywood week; they eventually all made it to the top 5. However out of their group, only Dewyze and Crystal Bowersox were able to advance to the top 2.

During his time on the show, DeWyze befriended fellow competitor and roommate, Andrew Garcia. The two had formed a friendly bond after being housed together throughout the season; however Garcia was unfortunately eliminated off the show during the round of the top 9. Besides Garcia, Dewyze had also stated that he was fairly close with most of the other fellow top 10 competitors, including Siobhan Magnus, Katie Stevens, Michael Lynche, Alex Lambert and Lacey Brownーon the show, he was known to have called them his family.

As a contestant, DeWyze was fortunate enough to never have had once landed amongst the bottom three during the seasonーhe was only one of two contestants which managed to achieve this feat, the other being Crystal Bowersox. Despite being initially shy on stage during his performances, he was eventually able to “shed his shy persona” throughout the episodes; the judges also later praised him for his confidence on the show.

For his American Idol Homecoming day, DeWyze was given the opportunity to sing in front of an audience of 41,000 people at the Arlington Park Track near his hometown of Arlington Heights, Illinois. In addition to performing at the Park, he also sang at a local AT&T store, took part in a parade at Mount Prospect and threw the opening pitch out for a Chicago Cubs baseball game. On May 26, 2010, Dewyze was crowned winner of the ninth season of American Idol. 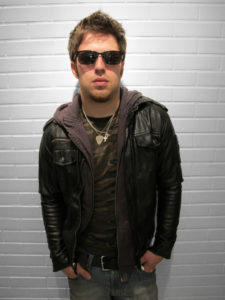 After the win, the singer released his American Idol coronation songーhis own rendition of U2’s “Beautiful day” on May 27, 2010 as a digital single. He also won a recording contract with Simon Fuller’s 19 Entertainment and RCA Records. Dewyze would later go on to release his first studio album, “Live It Up” in November 2010, after becoming the headliner of the 2010 American Idols LIVE! tour and winning his first Teen Choice Awards in August 2010.

In October 2011, the then 25 year old parted ways with his recording company, RCA Records. It was then that DeWyze’s previous label, Wuli Records decided to release a third album of his recordings (done prior to American Idol) the following year on February 14, 2012.

A year later on January 15 2013, DeWyze signed with a different recording labelーVanguard Records. While it was originally scheduled that the singer would be releasing his first single under the label titled “Silver Lining” on June 10, it was later pushed back to be released late April 2013. DeWyze eventually announced to fans the name and release date of his new, upcoming album titled “Frames” on May 30, 2013ーit would later be released on August 20, 2013. As the singer’s second album since winning American Idol, “Frames” debuted at number 116 on the Billboard 200 chart and sold over 3000 copies during the first week.

Since he started his music career, DeWyze has been involved with various charity organizations. For instance in July 2012, the songwriter offered his song, “Fight” as a free download to those who donated to The Heart Foundation’s “One for the Heart” Campaign. DeWyze had also sang twice during the Gateway for Cancer Research’s annual Cures Gala charity event, once in 2012 and once in 2013.

As a Cat Stevens fan, Dewyze has a few lines of the lyrics from the song “Miles From Nowhere” tattooed onto his arm. The singer also has several other tattoos including a tree of life and a silhouette of the Chicago flag on his right arm and a Shel Silverstein image on his left arm.

In terms of relationships, Dewyze announced his engagement to actress and model, Jonna Walsh, on July 27, 2011. The couple later married the following year on July 21, 2012 and currently live together with an 85 pound golden retriever. 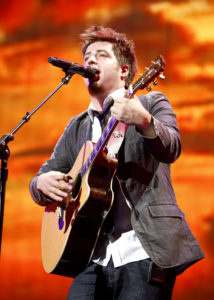 Well for one thing, the singer has been busy recording! Dewyze released his a new studio album, “Oil & Water” under Shanachie Entertainment and Pledgemusic earlier this year on February 12, 2016. For this record, the songwriter is said to have worked mostly alone in his studio with the help of a sound engineer. For its release, he partnered with Pledgemusic, an online Direct-to-Fan music platform, which allows music artists to share their songs with fans.

In support of his new record, DeWyze has also been busy with his Oil & Water Tour. Since June, the singer has been traveling throughout the Midwest and California performing for his fans; as of July 12, he still has over ten upcoming scheduled performances. For the fans out there, remember it’s still not too late to grab tickets if you’re looking to attend the show! Between releasing a new album and organizing and performing a tour, life must have been getting pretty hectic this year around for DeWyze!

Besides performing at his tour, DeWyze has also made a recent appearance this year on the April finale of American Idol. Yes that’s right, after 15 seasons the competition has finally come to an endーbut not without a bang! The three night long finale in April invited many past Idol winners to go back onto the stage for one last performance, including DeWyze himself.

If you’re looking to connect with DeWyze, then you’ll be happy to know that you can find him both on Twitter (@LeeDeWyze) and Facebook.