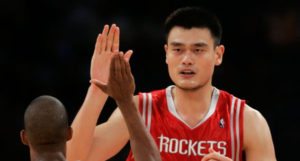 When it comes to basketball, size matters. Whether you want to dunk on your opponent, or block a three pointer at the last moment, height can make or break a player. Here, we will take a look at ten of the tallest basketball players that have ever touched a ball. For the purposes of this list, we’ll include only those who made it into a professional league. 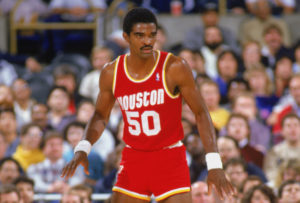 Ralph Lee Sampson, a retired NBA basketball player was once the number one pick for the 1983 NBA draft, and before that a College Player of the Year three times over. At a height of 7’4”, it’s no surprise that knee surgeries were the cause of retirement for this player who carried four All-Star titles and the NBA rookie of the year in 1983. With an average record of 21 points, and 11 rebounds, Sampson’s highlight reel moment was his buzzer beating shot that took out the LA Lakers in the Western Conference Finals, bringing the Rockets their second finals in team history, and dashing the hopes of back to back titles for the Lakers. 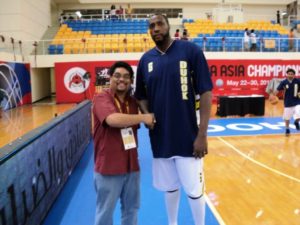 Priest Lauderdale was during his time the definition of a globe trotter. Playing for China, Greece, Venezuela, Cyprus, Iran, The United Arab Emirates and Saudi Arabian professional teams in his career as well as playing for the Atlanta Hawks in the NBA, his career has been watched by millions upon millions. Initially playing at Central State University before being picked up by professional leagues in 1996. At 7’4” and 325lbs, he also made himself quite the large presence in Bulgaria’s Lukoil Academic team, where after a three year career Lauderdale was granted citizenship. 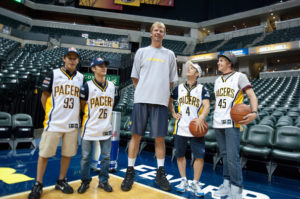 Another player at 7’4”, Rik Smits, colloquially known as the Dunking Dutchman was the second overall pick in the 1988 NBA Draft, coming from Marist College. Smits spent his whole NBA career working with the Indiana Pacers, where he was considered the second best player, with Reggie Miller taking the lead. During his career, his highest point average per game was during the 1995 season, where he scored 18.5 points per game played. 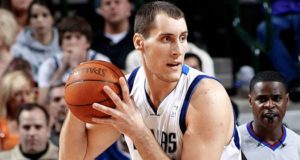 Currently playing for the Sibirtelecom Lokomotiv Novosibirk Russian basketball team, Pavel Nikolaevitch Podkolzin is a former NBA player with a huge defensive game. Initially drafted into the NBA by the Utah Jazz only to be sent off to the Dallas Mavericks for a future first round selection, his NBA career lasted only two years. A sufferer of Acromegaly, Podkolzin is 7’5” and 304lbs, making him a natural at catching rebounds, despite only being fielded 6 games in his American career. At one point performing 6 rebounds in 14 minutes in a Las Vegas game, Podkolzin was also a member of the junior Russian basketball team and earned a silver medal in the European Championship. 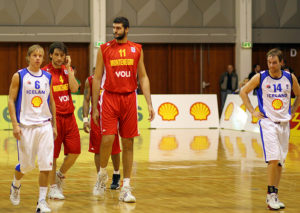 Slavko Vraneš is a basketball player from Monte Negro, who was selected by the New York Knicks in the 2003 NBA Draft. By December of the same year, he was released from contract and then signed a contract with the Portland Trail Blazers for only ten days and participated in only one game. Thereafter he returned to his native Monte Negro to play for Budućnos Podgorica for three years. At 7′ 5”, he was also the tallest player in both his Parizan Belgrade team and Sanaye Peroshimi BC, the team in which he played for the Iranian Super league. In 2013 he played with Metalac Valjevo before switching to Zob Ahan Isfahan in the following October of that year. 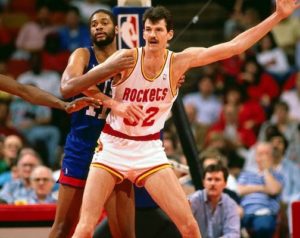 The tallest player to even win an NBA Championship title, the now retired Chuck Nevitt was a very reliable Center through his decade long career. Having played for the Detriot Pistons, Chicago Bulls, Houston Rockets, San Antonio Spurs, and taking home the gold with the 1985 Los Angeled Lakers, this 7’5” player knew how to take control of the court. Having played a total of 16 playoff games, his credibility was further bolstered by a short stint with an Italian team out of Forli. 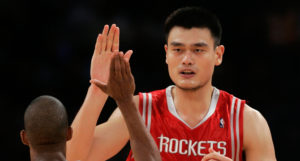 One of the tallest Chinese born players in the NBA, Yao Ming is also one of the most recognizable names on this list. Standing at seven and a half feet tall, Ming made it into the Houston Rockets as a first draft pick in 2002. Less than a decade later however, Yao needed to declare his retirement as a result of chronic foot and ankle injuries that combined made him miss 250 games over the past 6 years. Even with all of those absences, he made it to 6th in total points and rebounds as well as 2nd for blocks for the Rockets franchise, making him quite the valuable asset.

Manute Bol had not only stood tall in a physical sense, but also in a moral one. As an NBA player, Bol ended up playing for the Washington Bullets, Golden State Warriors, Philadelphia 76ers, and the Miami Heat where he bounced back and forth between teams for about a decade. At 7 feet 6 and three quarter inches, Bol was a defensive player whose shot blocks outnumbered points scored in his total career. Outside of basketball, Bol frequently returned to Sudan, the place of his birth to spend a vast majority of his money earned to increase the well being of his Dinka ethnic group, often being hailed as royalty within refugee camps where many were trying to avoid the violence of a war torn nation. In fact, at one point, Bol was offered a Ministry position within his native Sudan, but declined due to the requirement to convert to Islam. When he refused, he was reportedly hassled by the government when attempting to leave for the next season. In 2010, Bol died as a result of complications arising from Acute Kidney Failure and Stevens-Johnson Syndrome, though his spirit still lives on in his 10 children, and multiple charities he had supported through his career.

Romanian basketball player Gheorghe Mureșan started his NBA career as a member of the 1993 Washington Bullets. At 7 feet 7 inches, his jersey number, 77, is a joke towards his towering height. Somewhat ironically, his NBA career also came in at seven years due to injuries. Averaging around 14 points per game during his NBA career, he later joined the French League in 2007, before coming back to the United States to play for a minor league basketball team, the Maryland Nighthawks for a single game on March 11 of that year. During this time would be the only instance where he would not be the tallest player on the court.

Despite being the tallest player to have ever stepped foot onto a basketball court, Sun Mingming never quite made it into the NBA. Standing at 7 feet, 9 inches tall and weighing around 370lbs, this behemoth of a man was drafted to play in the NBA in 2006. While he was picked up by the Los Angeles Lakers, he was dropped soon after the tryouts, and instead played with multiple minor leagues, including the aforementioned Maryland Nighthawks. Outside of the United States, Sun had played from 2008 to 2014 for both Japanese (The Hamamatsu Phoenix) and Chinese (Beijing Ducks) professional teams, where he gained two Chinese Basketball Association championship titles. Outside of basketball, Sun Mingming has appeared on the Jummy Kimmel Live! Show, his own documentary, and in Rush Hour 3. Mingming also shares the world record for world’s tallest married couple with his wife, Xu Yan, whose combined height nearly reaches 14 feet.