Britney Houdak and Kim Kelp, entertainment super fans from Manhattan, New York, have entered the Shark Tank to seek an investment of $725,000 in exchange for 10% equity in their company, ZinePak. Super Fans are everywhere; they had to the first game of the season in game paint, they head to the midnight movie premiere in costume, and they’ve seen their favorite band play live 37 times. ZinePak aims to be the ultimate fan collectible, maintaining a collection of exclusive and collectible memorabilia. Certain stars that have teamed with the ZinePak include Katy Perry, Brad Paisley, KISS, And Florida Georgia Line. Now, however, they need to expand beyond the music industry so ZinePak super fans everywhere can have products from the books, tv shows and movies, and video games that people everywhere love.

Britney distributes samples to each Shark, noting there are several surprises inside of each one for each Shark. Robert receives a book with his face on it, while Lori receives her own pack of trading cards – each shark has actually received a pack of trading cards. Kevin then asks for the story of how the two came to the Shark Tank, and Kim explains, as a startup, they are constantly evolving. When they launched the company 3.5 years ago, the problem they tried to solve was how to make intangible music into something collectible and physical. Physical music isn’t superior to digital music anymore, Britney claims; why would you get in your car and drive to buy something that you can just download on your computer? Kevin explains that what the two are attempting to do is package something with the distribution of physical content, typically CDs or movies or video games.

Mark asks about the revenues and flow of cash, and Kim explains that when an artist is doing a tour or putting out an album, they would approach ZinePak in a way to connect with their super fans in a way that is engaging and on the artist’s’ own terms. To illustrate this, the Sharks were given a Brad Paisley album that came out only a month ago, which is available in Wal-Mart. The album contains a booklet and a signed photo of Brad Paisley. In addition to finding exciting work with artists and content creators, the two women have reached just over $3 million dollars worth of sales in the year-to-date, and since launching their products in Wal-Mart stores, ZinePak has generated $30 million worth of revenue from Wal-Mart alone. All of the Sharks then come to the conclusion that ZinePak is just a packaging agency, but there is much more to this, Britney explains.

For the first couple of years, ZinePak was just focused on finding a way to create tangible music for sale at Wal-Mart and their clients kept coming back and saying how much they loved working with ZinePak, but they ultimately would not be producing an album for 2 more years and this is where ZinePak began to deviate from its original plan. So, during the time spent creating an album, the musicians and artists and writers are able to generate sales through sales of the ZinePak line of products. 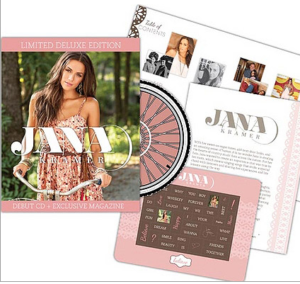 ZiDaymond then admits he is curious how the two met, and Britney says that they initially met when the two worked the same shift at an advertising agency. ZinePak was actually an idea that she had in college, and every industry executive would say that nobody is purchasing physical music. Britney replied, nobody was making anything superior to digital music, so she continued throughout college and graduated and nobody liked the idea. Her boss actually told her at one point, “I don’t pay you to think of ideas, I pay you to implement the ideas I give you.” Britney then met Kim, who had similar aspirations in the publishing industry. The two figured between themselves, they might be able to make the project work, so ZinePak was born.

Mark then returns to the business at hand, asking for clarification on the deal with Wal-Mart; ZinePak has an exclusive deal with Wal-Mart, meaning that the Brad Paisley booklet and numerous other booklets are actually Wal-Mart specific products. However, beyond their Wal-Mart sales, they have grown into ticketing, which the Sharks actually received a sample of. The ticket is a little passport booklet, containing pictures of the band and promos for the show. However, ZinePak created 140,000 of the booklets, which is the largest-scale operation that the two women have ever undertaken.

Kevin then explains, he is attempting to work out his evaluation; ZinePak has one singular massive customer keeping them afloat, so why aren’t they looking towards other businesses like Best Buy and Target? Best Buy and Target together, Kelly explains, do not equal Wal-Mart in sales. Even with this knowledge, companies have been approaching the two women and asking for business, but the two of them want to keep it exclusive and just a product for super fans.

Kevin then says he wants to make an offer, and extends the terms of $725,000 in exchange for 35%, which he then says is what a venture firm would give the two women due to the huge amounts of risk placed in the lone customer. However, Britney explains that they do not see this customer as a risk, as they are working to do more and more business outside of Wal-Mart. In their experience with Wal-Mart, they have worked with 79 different artists. Mark then asks about sales projection from Wal-Mart, which comes out to be $8 for the next year. 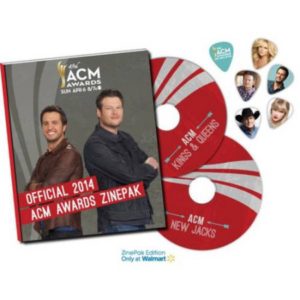 Daymond then asks why the two women need the Shark Tank, and while the two women are confident, they need help and guidance into other “verticals;” that is, vertical growth, which means the expansion of the business with assets and labor force. Mark says that he sees the desperation side in the two women; physical music is a declining industry, and the two of them know that. While the sales are strong know, the physical music industry will continue to decline, so Mark feels it is in his best interest to exit the deal.

Kelly then explains, music does have huge fanatics; those huge fanatics are the reason why things like Comic Con exists. Robert agrees, citing even Nascar and E3 as two more examples. Daymond then steps in to make an offer, saying that he will take a “high flier;” he offers the $725,000 in exchange for 30% of the company. Robert then says that he believes the two women are doing an amazing job, and he is a super fan which is something that the other Sharks are missing. Lori agrees with Robert, saying that when physical music eventually goes away, people will miss it; while demand might decline immediately, the demand might go up in the future again. It’s a keepsake of sorts, and Lori says she loves to support great, smart women. She extends an offer, which does include Robert, for $725,000 in exchange for a 20% stake in the company.

Daymond then cuts his offer down to 25%, while Kevin stays firm at his 35% offer. The women remind Kevin that the $3 million figure is their to-date sales, and their official sales will be formally published online. Kevin then cuts his offer down to 30%. Mark presses the two women to make a decision, while the show dramatically cuts to commercial. The two women say that they have a lot of hard working women in their home base of operations, and the women back home said that they did not want the two attending Shark Tank to take a valuation of less than $5 million since they have worked so hard to help build the company.

Kim then asks if any of the Sharks would be interested in cutting their deal down to 14%, which causes Kevin to exit the deal. Daymond explains that he has worked so hard in the past 45 years to get where he sits today in the Shark Tank, and can only do 20%. Lori and Robert agree to meet the two women in the middle, extending an offer of $725,000 in exchange for a 17.5% stake in the company. The two women take a moment to whisper to themselves, before they eventually accept Lori and Robert’s offer of 17.5% equity in exchange for a cash boost of $725,000.

ZinePak Now in 2018- The After Shark Tank Update

ZinePak is experiencing some incredible growth, which can be punctuated with the fact that they now have their own Wikipedia page (which does include details about their Shark Tank appearance). Since partnering with Robert and Lori, ZinePak has continued to grow and has now worked with names such as Taylor Swift, Guardians of the Galaxy, American Idol, Johnny Cash, Disney’s Frozen movie, Justin Bieber, Styx, Lindsey Stirling, and even KIDZ Bop.

ZinePak has a website which includes a catalogue of their products, some of which are exclusive to storefronts like Amazon and others exclusive to Wal-Mart. You can order the products directly from the website, and the website even includes information like a blog and portfolio of limited edition ZinePaks, or ZinePaks that are currently in the process of being produced.