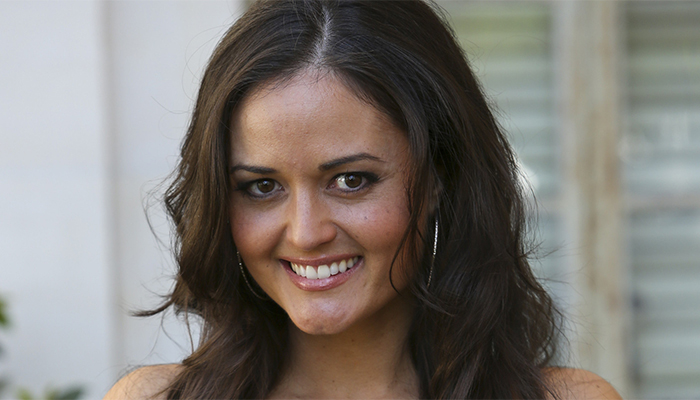 Danica McKellar is best known for her portrayal of Winnie Cooper in the comedy drama, The Wonder Years during the late 80’s and early 90’s. Having had an interest in acting every since she was a young child, McKellar first landed her professional acting role when she was 10 years old, when she was cast in the Rod Serling’s The Twilight Zone. A couple of years after her acting debut, she once again starred in the same series in 1987, albeit playing a different character. It wouldn’t be until the following year that the young actress would land her breakthrough role in the ABC’s comedy series, The Wonder Years.

At the age of 13, McKellar was cast in her very first lead acting role in a television seriesーThe Wonder Years. Set in the late 1960’s and early 1970’s, the show followed the life of protagonist, Kevin Arnold as he grew up in a standard American suburban middle class family. In it, the young actress played the role of Gwendolyn Cooper, “Winnie”ーthe main love interest of Kevin. Upon its premiere in January 1988, the series was met with positive reviews from viewers and critics; in fact, it was so successful that it won a Primetime Emmy Award in 1988 for “Outstanding Comedy Series” after only six episodes! The Wonder Years continued for five years and spanned a total of 115 episodes, through 6 seasons; it eventually ended in May 1993. Throughout its run, the show garnered a stunning, 22 awards and 54 nominations. In 2009, the series’ pilot episode was ranked number 43 on “TV Guide’s 100 Greatest Episodes of All Time”.

Besides having been an accomplished actress, McKellar is also a mathematician and have written four nonfiction books on the subject. She released her first book entitled, “Math Doesn’t Suck: How to Survive Middle School Math Without Losing Your Mind or Breaking a Nail” in 2008; the book received positive acclaim upon its release and later became a New York Times bestseller. In total, three out of the actress’ four books have been listed as a New York Times children’s bestseller.

But what is the mathematician/actress up to nowadays? What happened to Danica McKellar? Where is she now in 2018? 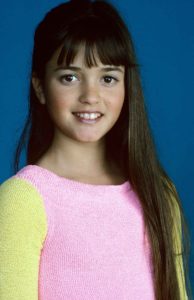 Born on January 3, 1975 in La Jolla, California, Danica Mckellar is the daughter of Mahalia and Christopher Mckellar, who were a homemaker and a real estate worker respectively. When she was eight years old, she moved with her family from her birthplace of La Jolla to the bustling city of Los Angeles. Mckellar has a younger sister named Crystal, and two half brothersーChris Jr. and Connor McKellar.

Growing up, McKellar had always had an interest in acting; in fact, both her and her singer sister Crystal, had been involved in the industry as child actresses when they were small. As a young girl, the aspiring actress took acting lessons at a local school called the Diane Hill Hardin Young Actors Spaceーa performing arts school with an emphasis on acting. Mckellar got her first appearance on the small screen at the age of 9, when she was chosen to act on a television commercial. A few years later, she landed her first (yet minor) professional acting role in Rod Serling’s acclaimed series, The Twilight Zone. 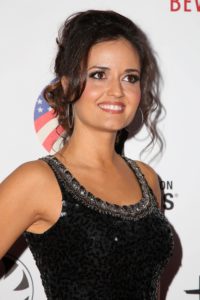 In 1988, McKellar landed a breakthrough role when she was cast in the American comedy series, The Wonder Years. Having first aired in January 1988, the series followed the life of protagonist Kevin Arnold as he grew up during the late 60’s and early 70’s; other cast members of the show included actors Fred Savage, Dan Lauria, Alley Millis, Olivia d’Abo and Jason Hervey. In it, Mckellar played the role of Gwendolyn CooperーKevin’s neighbour and main love interest in the show; it also marked the first time that the young actress was cast in a leading female role. The Wonder Years was a huge success upon its premiere on the ABC network and have since been dubbed by TV Guide to be “One of the 20 Best of the 1980s”. The show began in 1988 and ended in 1993 following a total of 115 episodes across 6 seasons.

Throughout its five seasons, the series has also garnered a number of awards and nominations including a Primetime Emmy Award for “Outstanding Comedy Series” in 1988, after only six episodes! Overall, The Wonder Years won 22 different awards including an ASCAP Film and Television Music Award, three BMI Film & TV Awards, a Directors Guild of America Award, a Peabody Award and a Television Critics Association Award, agmonst others. The show also recieved a total of 54 nominations, 24 of those being for Primetime Emmy Awards. For her portrayal of Gwendolyn, “Winnie”, McKellar also won a Young Artist Award in 1989.

Danica McKellar After The Wonder Years 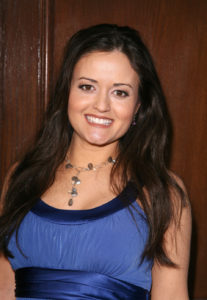 Following her success on The Wonder Years, McKellar guest starred in a number of TV series throughout the 90’s, including Babylon 5(1994), Walker- Texas Ranger (1994), The Love Boat: The Next Wave (1998) and Working (1998). She also appeared in a number of television films including Moment of Truth: Cradle of Conspiracy (1994) and Justice for Annie: A Moment of Truth Movie (1996). In addition to acting, the actress also ventured into voice-over work. for instance, she lent her voice to Sapphire Stagg, a character from the animated series, Justice League in 2002 and have also voiced Freida Goren, a recurring character in the superhero series, Static Shock.

Throughout the 2000s, the actress continued to guest star in a number of television series, including Century City (2004), NCIS (2005), NYPD Blue (2005), Path of Destruction (2005) and Cyberchase (2006). She also appeared in a couple of popular shows at the time including, The Big Bang Theory (2010) and How I Met Your Mother (2007). However despite the different opportunities offered to her, most of the roles she was given were minor; it would be difficult for McKellar to once again land a role in the same calibre as that of “Winnie” in The Wonder Years.

In 2010, McKellar landed her first main voice-over role, in the American animated series, Young Justiceーit would be her first lead role since the end of The Wonder Years. Having premiered on the Cartoon Network in November 2000, the show revolved around a group of teenagers who were in fact, superheroes. In it, McKellar lent her voice to the character Megan Morse (aka Miss Martian)ーa superhero with telepathy, flight and telekinesis abilities. Since its pilot, Young Justice has been praised by critics for its originality and mature storyline; it also won the Online film & Television Association Award for “Best Animated Series” in 2014.

More recently in the 2010’s, McKellar has appeared in a range of reality series including the competitions Dancing with the Stars, King of the Nerds and Miss America 2016. Sticking to her dancing origins, the actress competed on the dancing competition series as a contestant in season 18 but ultimately got voted off the show. In 2015, McKellar acted as a judge in the series, King of the Nerdsーa competition in which contestants face off against each other for a chance to win a grand praise of $100,000. She later appeared as a Judge on the beauty pageant, Miss America 2016.

Danica McKellar as a Mathematician 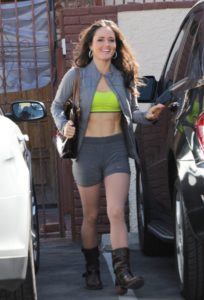 McKellar graduated from UCLA with a Bachelor’s degree in Mathematics (with highest honours) in 1998. Having always been good with numbers, the mathematician authored many scientific papers during her time as a student at the universityーdid you know that she even has a theorem named after herself? Since then, the actress has always been a huge advocate for math education.

Considering this, it’s no surprise that McKellar later wrote and released a math-related book titled, “Math Doesn’t Suck: How to Survive Middle School Math Without Losing Your Mind or Breaking a Nail” in 2008. Targeted towards adolescent students, the book helps to demystify some of the most challenging math concepts taught in school, with step by step instructions. The book was met with positive reviews upon its release and later even became a New York Times bestseller. In a later interview, McKellar shared with readers that her purpose for writing the book was to show young girls that math can be relevant, accessible and even a bit glamorous.

Since then, the author has gone on to release three more math-related books, one in 2009 titled “Kiss My Math: Showing Pre-Algebra Who’s Boss”, one in 2010 titled “Hot X: Algebra Exposed” and one in 2012 titled “Girls Get Curves: Geometry Takes Shape”. Currently, three out of her four books are included in the New York Times’ Childrens’ Bestsellers List. 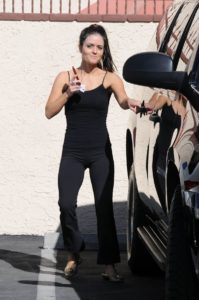 Recently, she has lent her voice to the animated super hero series, DC Super Hero Girls; in it, she plays the role of Killer Frostーone of the show’s supervillainess. Having first premiered in October 2015, the cartoon centred around the lives of a group of teenagers, with superpowers. An online web series has also been released.

As an actress, McKellar also once again returned to the small screen in the television film, Wedding Bells. Having been released on June 4, 2016, the film centres around two individuals, each with their own commitment issues, who are asked to become maid of honour and best man at a mutual friend’s wedding; however they later find themselves unexpectedly falling for each other. In it, the actress plays the leading female role of Molly Quinn, while actor Kavan Smith plays the role of male protagonist, Nick Turner. In order to promote the TV film, McKellar has also appeared in a number of talk shows including The Today Show, Good Day LA and Home and Family.

In May of this year, the actress was also featured in an episode of the Emmy-nominated online series, The Secret Life of Scientists and Engineers. In the video, which is available for viewing on Youtube, the former The Wonder Years star shared with viewers how much math had played a role in helping her to determine who she wasーthat she was so much more than the young actress who played Winnie in the 90’s comedy series. The video has since been viewed over 88,000 times on Youtube since it was originally uploaded on May 31, 2016.

If you’d like to stay up to date with the star, then remember to visit her official website over at danicamckellar.comーjust keep a watchful eye on her news page! The math genius is also an avid user of social media if you’d prefer to use that instead; you can follow her over at Twitter (@danicamckellar) or Instagram (@danicamckellar).