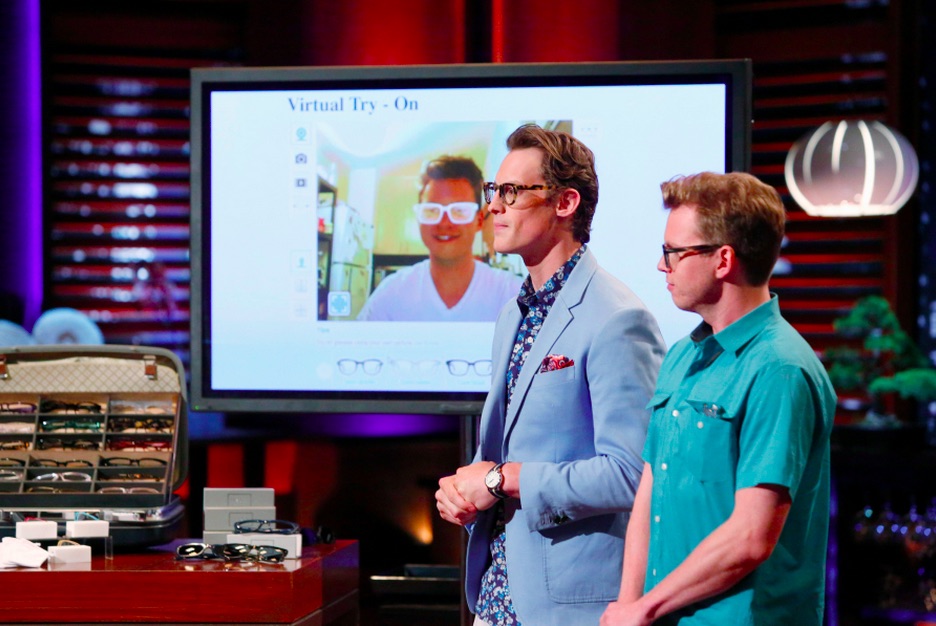 Before going on Shark Tank, Conrad and Kevin spent years developing their frames and lenses. They worked hard to make sure Frameri had a patentable concept, even making all the eyeglass frames by hand. They were able to get funded using a crowdfunding platform and doubled the amount they were asking for. But would the Sharks bite on this innovative new twist in eye glasses? 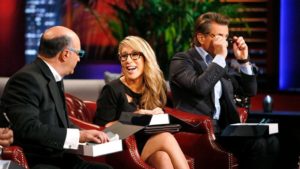 Two men walked out into the Shark Tank, looking both confident and intelligent in their glasses and cute clothing. They introduced themselves as Conrad and Kevin and told the Sharks that they are seeking $150,000 for a 3.5% stake in Frameri, their fashion glasses company. Conrad asked the Sharks why he can change up the rest of his outfit every day, but he only owns one pair of glasses. Kevin said that he wants to be able to change his glasses as simply as he changes the rest of his outfit. That is why the pair created their company. The company allows you to purchase frames and prescription lenses. The lenses are designed to pop quickly in and out of the frames. As Conrad talked, the two switched their lenses in between multiple frames. Lori looked impressed. It did look pretty simple.

Kevin told him that they also offered sunglasses only lenses, which could also be snapped in and out of the frames. They asked which of the Sharks would like to assist them in changing how people see. Kevin went around with different frames and lenses and handed them out to each of the sharks. Conrad informed each of the sharks that they were receiving the actual retail packaging for the product. Each box held three different frames and two sets of lenses. The Sharks played with their samples, and Robert commented on how easy it was to switch in between the each of the frames. Conrad told them that they each had six pairs of glasses. Each box is said to retail at $500, which they sold on the website. Nice even numbers make pricing simple.

Each set of lenses cost $100, and each set of frames cost the same amount. Return Mr. Wonderful look stylin’ in his choice of blue frames with sunglasses lenses. Conrad commented that it was a bold move to go with the blue. Daymond did not comment on the glasses but went straight into the money portion. He asked them if they truly asked for $150,000 in exchange for 3 1/2% equity. One pair confirmed that they did, he asked if they had been dropped on their heads as children. Good to just continue to smile at him. Damon told them that they could prove him wrong by telling them how much they sold their product. Conner told the Sharks that the frames were only available for pre-order, but they’ve already sold $70,000 worth. Robert, of course, asked them how long they have been open for business. Conner said that they opened up the website in October, and they raised $64,000 on a crowdfunding platform. Mark asked them what their goal was, and they said $30,000. Robert seemed impressed that they had doubled their goal.

Kevin told them that a big brand does most of the business in the eyeglass world. Other brands just repackage and rebrand the eyeglasses that they make. Kevin asked the pair why that company wouldn’t just “Crush them like the eyeglass cockroaches that they are?” They told the Sharks that they have a utility patent on the mechanism that pops the lenses in and out. Lori said that she had seen glasses like that before, and did not understand how they could get a patent for that. Conrad told her that the frames were handmade as opposed to being injection-molded. They completely revolutionized the process.

Robert asked them where the patentable part is, and Conrad explained that it was in the way they cut the inside part out of the socket. It took them a year to engineer. Kevin asked the pair how they could make himself look better than he already does. Conrad explained that they could see the way they will look on your face on the website. Lori asked if you can see them on your face, and they confirmed that you could. They showed an example of it on the screen. Robert seemed impressed. Conrad said that they also offer free shipping and free returns.

Mark wanted to get into the heart of the matter. He asked them how much it cost to make, and what each unit sold for in the retail market. Kevin told him that the frames cost $27, while the lenses came in cheaper at $10. Daymond interrupted, and said that he wanted the answer to a question he posed earlier. He wanted to know why they valuated their business at an astounding four million dollars when the preorders only fetched $70,000. Daymond asked if they were on the Shark Tank for exposure, or to get exposed.

There was a tense moment before Kevin and Conrad answered. Conrad said that he approached them to make a deal. Daymond looked astounded and repeated that they were only offering 3.5%. Conrad said the pair were open to negotiation, but Daymond was having none of it. Daymond told them that the Shark Tank stage was for people who were in desperate need of capital. It was not for people who raised a million dollars not to launch something. The Sharks started talking over each other, but Daymond told them to quiet down and let him answer the question. Conrad said that he understood. He told the Sharks that he’d attempted to start other businesses while living out of his car. Daymond told them that he did not understand what that had to do with their absurd valuation.

Mark went to ask them a question, but Lori interrupted him. She said that she was also confused. She told them that they did not seem to have a lot of experience with that product. There were a lot of unknown variables, such as what the product was worth, and how well the quality would hold up. Lori called the amount of the valuation “ridiculous” since they did not have any experience. Mark said that he hated everything that Lori and Daymond just said. He told them it was not just for the desperate, but for anyone who had a good idea and wanted to attempt to sell it. Lori said that she didn’t necessarily agree with Daymond, she just wanted to know how they could ask for so much when they knew so little.

Conrad stated that they could be bigger, they just didn’t have someone on their team who could develop their brand. They needed to become a brand. Kevin asked them what their customer acquisition cost would be. Conrad told them that it’s typical $5 to $15 for other, similar companies. Once they moved up and got int the growth stage, it would be $20 to $30 a customer. Kevin asked if they had enough start-up funds to keep going for 24 months at that rate. Conrad said that their burn rate was about $38,000 a month, and Kevin told him that it was acceptable. Daymond state that all the Sharks have different ideas of how to run a business. He said that his basic though was that you start with a good concept, and you don’t bring in investors until you can prove that the model works, and you can show that both you and your investors will make money. He told them that they were not a good fit, and he went out.

Lori said that she liked the look of the glasses, and she thought the quality was good. She stated that she wanted to see more testing before the money was raised, She was the next to go out, saying that they just did not have the same philosophy. Conrad thanked her. Robert stated that he did not take issue with big bets. He told them that it looked like the product was worth the price they were charging. He told them that he wished they had more experience, and the uncertainty made him uncomfortable. He was the next to go out. Mark said he did not care about how much the valuation is; he just cared about what it would be in the future. Mark asked them where they were spending the $25 it takes to get and maintain a customer. Conrad said that they were not, but they focused on creating awareness by. Working with a PR agency and a fashion agency in NYC in anticipation of the actual launch of their product. Mark asked what they were going to do after that since glasses are not a viral product. Kevin told them that since the lenses were totally interchangeable, it was possible to swap the frames between friends. Mark told them it was a stretch.

Mark told them that he was concerned that they did not have an eye for marketing, even though they had a great product. He went out. Mr. Wonderful was the only one left. He told the pair that he was valuable to them for two reasons, mostly because he was the only Shark left, and he told them that he was a media whore. He told them that he would be able to lower the customer acquisition costs for Frameri. He said that he would give them the money they were asking for as a loan, and they could pay him back by giving him $25 of every box set they sold until they paid back $450,000. He also still wanted 3.5% equity for being him. Kevin said that he liked the product, but they were in a cutthroat space for competition. He stated that he would not entertain a counter offer. Conrad declined the offer, and Mr. Wonderful told him that he was dead to him. He went out. The pair expressed disappointment at not getting a deal but said that they would keep going.

Frameri Now in 2018 – The After Shark Tank Update 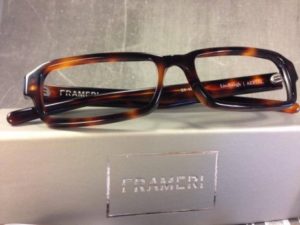 Even though Conrad and Kevin did not accept the transaction, they seem to be doing okay all by themselves. They snagged a loan from the state, and they pulled in an ex-employee of Luxottica, the large eyewear company that Kevin mentioned.  As of today, their website is active, and they seem to be taking actual orders. Time will tell if the gentlemen from Frameri will be a success.