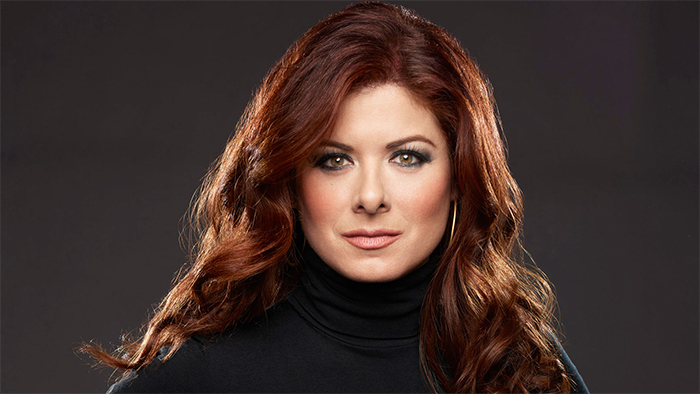 Debra Messing is an American actress best known for her leading role as Grace Adler, in the NBC sitcom Will & Grace. Having debuted onto the small screen during the early 1990s, Messing is an established actress who has been in the show business for over 20 years. Some of the actress’ more earlier works during the 90’s include: Partners (1995), Ned & Stacey (1995-97), and Prey (1998). However despite having appeared in multiple television series and films at the time, Messing did not garner widely acclaimed fame until she appeared in the American sitcom Will & Grace, as interior designer Grace Adlerーa role for which she had later won multiple awards for, including an Emmy Award for “Outstanding Lead Actress in Comedy Series”, a TV Guide Award for “Actress of the Year in a Comedy Series”, and a Satellite Award for “Best Actress in a Comedy or Musical”.

Since her success with Will & Grace, Messing has gone on to star in numerous projects including The Starter Wife in 2007, for which she was praised for her portrayal as divorced mother, Molly Kagan. In 2012, she also appeared as the leading protagonist in the musical drama series, Smashーa show which focused on a group of aspiring singers who wanted to create new Broadway musicals. In addition to having appeared on the stage and on the small screen, Messing has also starred in numerous films, including Along Came Polly (2004), The Wedding Date (2005) and Lucky You (2007).

But what has the celebrity been up to recently? Is she still taking on acting roles? What Happened to Debra Messing? Where is she now in 2018? 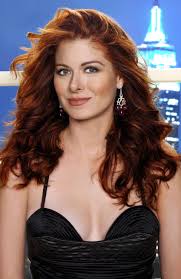 Born on August 15, 1968 in Brooklyn, New York, Debra Messing is the daughter of Sandra Messing, a professional singer, banker and real estate agent, and Brian Messing, a sales executive for a jewelry packaging company; she is of Polish and Russian descent. She has an older brother named Brett. When she was three years old, her family moved from her hometown of Brooklyn to East Greenwich, Rhode Island. Growing up in a family that thought highly of performing arts, Messing had always admired theatre and acting as a young girl. In fact, she had known from a very young age that, acting would be the one thing she wanted to pursue in her life.

As a teen, Messing attended East Greenwich High School and had been involved in a number of school plays. Not only did she act up on the stage, but she also sang; as a matter of fact, she had starred as the lead roles in her school’s musical production of Grease and Annie. Dedicated to the performing arts, Messing also took dancing, singing and acting lessons throughout her high school days. At the age of 18, the aspiring actress competed in a beauty pageant in Mobile, Alabama for the title of Rhode Island’s Junior Missーshe would ultimately take home the title.

After graduating from high school, Messing had the initial plans of chasing a professional career in acting. However her parents, who have always supported her in her dreams, ultimately urged her to complete a liberal arts degree prior to deciding on a career. Acting on her parent’s advice, she later enrolled in Brandeis University. During her time there, she had also made sure that three quarters of her courses were not acting-related to the wishes of her parents.

Whilst studying at the university, Messing enrolled herself in a prestigious London-based British European Studio Group Program to study theatre; an experience that would ultimately further fuel her passion for acting. Following her graduation from Brandeis University with a Bachelor of Arts in Theatre Arts, Messing was offered a spot in the elite Graduate Acting Program at New York University’s Tisch School of Artsーa program which only accepts 15 new students a year. She later completed the program after three years, having earned herself a Master of Fine Arts. 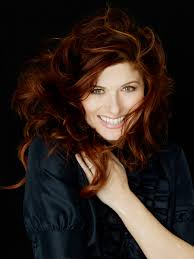 Messing landed her first acting role in 1993 in the pre-Broadway production of Tony Kushner’s Angels in America: Perestroika; the actress’ portrayal was highly acclaimed at the time. The play was a huge success and ended up winning numerous awards including two Tony Awards for Best Play in 1993 and 1994. Shortly afterwards, Messing appeared in a few episodes of the American police drama, NYPD Blue in 1995.

Having successfully ventured into the show business, Messing eventually branched out into the film industry with the movie, A Walk in the Clouds later in 1995. In it, the actress played the role of Betty Sutton, the unfaithful wife of the protagonist, Paul Sutton (played by Keanu Reeves). While her role in the the movie was minor, the exposure from the film would ultimately land her a leading role in the American sitcom, Ned & Stacey in 1995. In the series, Messing plays the role of Stacey Dorsey, a red-haired journalist who marries the show’s protagonist, Ned Dorsey. The sitcom ran for a total of 35 episodes and ended in January 1997.

The following year, she starred in the leading role in ABC’s sci-fi series, Prey as the bioanthropologist Sloan Parker. It was also during this time that, her agent approached her for a role in the sitcom, Will & Grace. Intrigued after having gone through a copy of the pilot script, Messing auditioned for and ultimately won the role of Grace Adlerーit would soon be one of her most well known roles of all time. Revolving around the relationship between a pair of best friends, Will Truman (played by Eric McCormack) and Grace Adler (played by Debra Messing), the television series was praised as one of the most successful shows at the time. The show later won 16 Primetime Emmy Awards and 67 nominations.

Debra Messing After Will & Grace 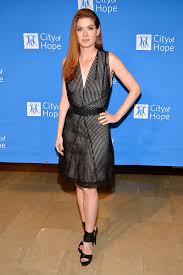 Having garnered further fame from her time on Will & Grace, Messing has since gone on to appear in numerous films and television series. She starred in the 2007 television mini-series, The Starter Wife as protagonist, Molly Kaganーa mother of a five year old who is forced to rebuild her life after her husband leaves. Despite only having had five episodes, the mini-series was widely acclaimed by critics and had won a total of ten Emmy Awards. For her portrayal of Molly, Messing was also nominated for an Emmy Award for “Lead Actress in a Mini-series or a Movie” in 2007.

In 2012, the actress starred in a NBC musical drama titled Smash as the leading role of Julia Houston, a member of a Broadway writing team. Upon its release in February 2012, the show was met with generally positive reviews from critics. However despite its initial success, the ratings for the series eventually dropped as the seasons progressed; it was later officially cancelled on May 10, 2013 after a 32 episode run.

Flash forward two years and Messing would be debuting in her very first Broadway productionーJohn Patrick Shaney’s play Outside Mullingar. Having first opened at the Samuel J. Friedman Theatre in January 2014, the play revolved around a pair of middle aged farmers, who were played by Tony award winning Brian F.O’Bryne and Messing herself. A hit amongst musical lovers, the production would then go onto receiving a Tony Award nomination for “Best Play of 2014”.

That same year, the actress also starred in the American independent film, Like Sunday, Like Rain; it was later released on September 27, 2014. Directed by Frank Whaley, the movie is a coming of age story and focuses on the relationship between a babysitter and a 12 year old prodigy. Besides Messing, the films’ cast roster also included fellow actors Leignton Meester, Billie Joe Armstrong and Julian Shatkin. 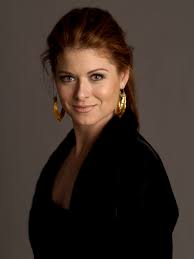 Since the year began in January, Messing has been reprising her role as Detective Laura Diamond on the NBC police comedy drama, The Mysteries of Laura. As the series’ leading character, the story revolved around Laura as she worked to balance her day job with her life as a single mother to twin boys. Despite having received generally negative reviews from critics, Messing’s portrayal of Laura in the series has been praised by some; critic Emilie Aries even applauded her performance, citing that her character was “the best depiction of women on the small screen”. The police drama ultimately ended on March 2, 2016 after a two year run; over 7 million viewers had tuned in to watch the series’ finale.

Besides having spent her time as Detective Laura, Messing has also been working on an upcoming musical remake of Dirty Dancing. Based on the 1987 romantic film of the same name, the reboot will feature Messing alongside Abigail Breslin, Colt Prattes, Sarah Hyland, Michole Scherzinger, Billy Dee Williams and Shane Harper. The three hour musical was ordered by ABC in December 2015 and is scheduled for release later this year.

This June, the actress also made headlines when she drew ire on Twitter after having posted a selfie following the events of the UCLA shooting. After news spread about the tragic murder suicide at the university campus, Messing was seen having tweeted a “gun safety selfie” in which she was seen in an orange t-shirt in an otherwise monochrome photograph. Despite the actress’ potentially positive intentions of gun safety, the tweet drew criticism as users questioned the need for her selfie at such a time of loss. Messing later recognized the irony of her timing and apologized in a subsequent tweet; she has since deleted the original tweet.

It was also announced earlier this month that, Messing will be attending the Democratic National Convention , alongside Demi Lovato, President Barack Obama, Bernie Sanders, Chloe Moretz, Michelle Obama and Joe Biden. A supporter of presumptive Democratic nominee Hillary Clinton, the actress is scheduled to give a speech at the event, which will be kicking off in Philadelphia on July 26, 2016; the convention itself will be spanned over a total of four days. In anticipation of the upcoming event, Messing also tweeted out a photo of herself with Hillary Clinton earlier this week.

If you’d like to stay connected with the star of Will & Grace fame (or perhaps you just want to see the photos from the upcoming convention), you can do so by giving her official Facebook page a visit. Or if you’re more of a social media type of person, you can find the celebrity tweeting away on Twitter (@DebraMessing) or upload photos onto Instagram (@therealdebramessing)!