The Natural Grip Update- What Happened After Shark Tank 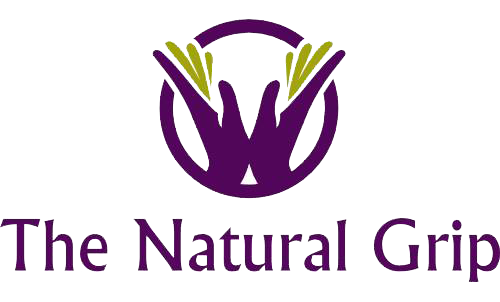 The Natural Grip Before Shark Tank

Ashley Drake, the founder of the Natural Grip, has just stepped into the Shark Tank. She tells the Sharks right away that they need to get a grip – a Natural Grip! She is seeking $100,000 in exchange for 20% equity in her company.

To start with, Ashley gives the Sharks an example – do you want your hands to be all bloodied and gross after a workout? Her product has fixed this problem, she claims – yes, there are other hand protection products on the market, but they are cloth, leather, and nylon, all of which work poorly since they slip off your hands, are bulky, and tend to hinder your performance in the gym. The Natural Grip doesn’t do this, as the Natural Grip is completely customized and hand-made. It is based off of your ring finger size, and they are the only reusable tape grip, which is the only product on the market able to make that claim to fame.

The Natural Grip On Shark Tank

Ashley has brought with her an endorsed athlete by the Natural Grip, so this woman will perform the clean-and-jerk, which is a tough workout maneuver that requires complete control over the bar. The athlete, Michelle, has 165 pounds of weight attached to the bar, but a lot of people don’t like to wear grips during the clean-and-jerk because they feel like they don’t have proper control of the bar and can’t lift it over their head safely. Michelle then jumps to performing bar muscle-ups, which are very complex movements, and your hands will begin to actually rip and tear due to the grooved nature of the bar. At this point, you would have to quit your workout and heal up, but Michelle comes away just fine from the workout. 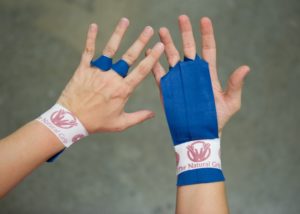 Ashley then passes out custom grips for each of the Sharks, and Robert jokes that Kevin would be able to perform the same athletic moves as Michelle. Each of the Sharks slide on the grips, which start by sliding on over your middle and ring fingers, and then the grips are attached with custom Natural Grip tape, which are sold for $7 per roll, or you can attach with your own wrist wraps. Michelle gives the Sharks instructions on how to best keep the Natural Grip working, which requires a little bit of give before being taped off. Robert actually stands up and heads over to the workout bench, performing a set of pull-ups as the Sharks applaud his effort.

Robert admits that the grips work amazing, and steps down to return to his seat. With Natural Grip, the Sharks can stop the pain and see the gains, which means money. Kevin starts with the valuation of $500,000, asking for sales to justify the value. Natural Grips have only existed for a year, but so far, the company has made $165,000 in sales. Robert asks what Ashley does, and Ashley says that she is actually a full-time member of the Army in active duty.

Mark then asks what brought Ashley to create the Natural Grip, and Ashley says that she started training crossfit in 2012 but that let to a lot of ripping and damaging of the hand, which means that you would be out of the gym for 3 to 4 days while you let your hands heal from the damaging nature of crossfit. Ashley looked for a solution to the problem, but nothing was working and her husband was sick of hearing Ashley complain, so Ashley’s husband made a prototype of the Natural Grip. 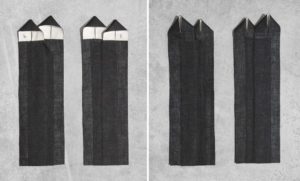 Daymond asks how much Ashley is selling each Natural Grip for, and Ashley starts by saying that the Natural Grip is currently on a distributor model, which means they are sold to distributors for $10 per unit and those are then sold to customers for $17 per unit. As of the filming of this episode, Ashley has sold 13,000 units. Each package costs $4.43 to make, and $4 of that goes towards labor. Ashley says that she has found subcontractors, such as stay-at-home moms, high school students, and veterans that need work; Ashley trains these people herself and pays by the piece for each created Natural Grip.
Daymond focuses on the market, asking if the Natural Grip is advertised just for crossfit athletes, and Ashley says that she has initially started with just the crossfit segmentation before moving onto other athletes such as power lifters and even motocross people. Lori then steps in, saying that she finds Ashley amazing and that she has a great entrepreneurial spirit. However, Lori is not passionate about the Natural Grip, and is the first Shark to exit out; she just isn’t passionate enough about working out.

Robert then asks what Ashley needs the money for, and Ashley says with the investment, she will create excess inventory and invest in cheapening production costs so she is able to take orders by the thousands for distributors. Daymond asks about the turnaround time, and Ashley says she is able to create only around 3,000 units per month. Kevin then concedes while Ashley’s sales prove that there is a market for products like the Natural Grip, he just can’t find a way to profit off his investment in what are ultimately workout gloves. Kevin is also out. 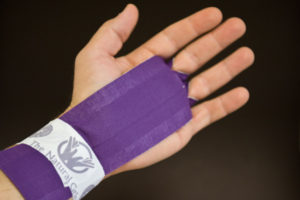 Robert asks what Ashley hopes to be doing in two or three years with the Natural Grip and how large she wishes to take her business. Ashley believes that in 2 years, she could easily hit a million dollar in sales due to the growing nature of the industry she has targeted; the Natural Grip also wears out, which means that the average customer will purchase numerous Natural Grips in a lifetime. With all this combined, she will be able to expand her market outside of crossfit, but Mark says that he doesn’t think Ashley actually wants to expand her business outside of the crossfit market.

Mark elaborates further, saying that there needs to be a brand built and since the pad inevitably wears out, there isn’t the loyalty and credibility being developed that would keep customers coming back, but Robert insists that Mark is wrong. However, despite aiming for the crossfit community, Ashley is totally open to moving onto other segments where people are having their hands ripped, but for the time being, she wants to focus on the crossfit market. Kevin is blown away, conceding that Ashley is totally motivated and “isn’t wasting her time in the Shark Tank” – this just seems to be loaded speak that if Ashley were to leave without an investment, she will do totally fine with her business.

Daymond, Mark, and Robert are still in the deal. Robert mentions that the same pattern happens every time – he gets impatient and makes an offer, then Mark eventually swoops in at the 11th hour to nab the deal out from under him. Robert intends to sit patiently while the deal works itself out. Mark voices his concerns in that Ashley did not show a product that was going to be coming next – Ashley has a proven product with the Natural Grip, but Mark is an investor for the long-term and wants to keep investing. So, Mark is out of the deal next.

Robert claims that he is the “sporty Shark,” and he admires Ashley; every business he has invested in on Shark Tank with an operator, like Ashley, has succeeded. So, Robert makes an offer of $100,000 for 30% equity. However, Daymond says that he feels Ashley needs more than just the money investment, and he makes an offer of $100,000 in exchange for 40% but brings with him more fashion expertise and knowledge. Daymond also claims that he is the only Shark who could put the Reebok logo on the Natural Grip boxes.

Ashley starts by admitting that she has a manufacturing problem and that she doesn’t necessarily need the advertising, and Daymond responds with a claim that he manufactured an umbilical cord into a belt, and thus can easily bring with him any manufacturing. In response to this, Robert modifies his offer to be $125,000 cash in exchange for a 25% investment in the company. Daymond changes to $100,000 in exchange for 33%.

In the end, Ashley accepts Robert’s offer, claiming that Robert has a little bit more to offer her in terms of expansion and receiving some return; Ashley claims that she has been sleeping less than 4 hours a night during her time investing in Natural Grip.

The Natural Grip Now in 2018 – The After Shark Tank Update

Robert was eventually able to partner Natural Grip with Reebok, as the first Google search yielded a result to a shopping link of Reebok Unisex Natural Grips for CrossFit. While the Natural Grip still appears to be aimed at the CrossFit market, there has been so much appeal in the brand and such widespread acceptance that Natural Grip has been moved into stores all over the United States, including Dick’s Sporting Goods and smaller boutiques located in individual fitness gyms. The Natural Grip will also be making an appearance at the 2016 Summer Olympic Games, so keep your eyes out for any competitors who might be wearing Natural Grips.