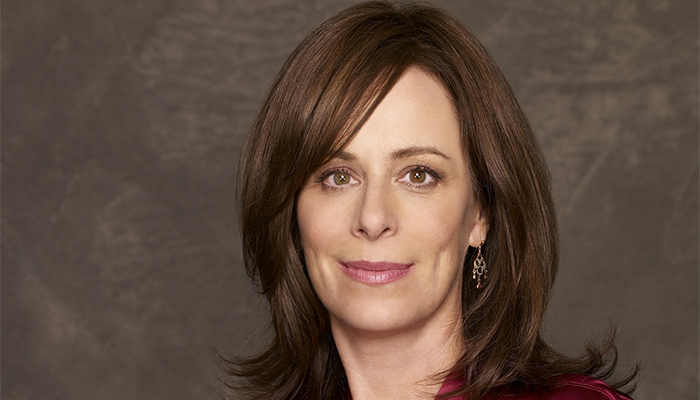 Jane Kaczmarek is an American actress best known for playing the role of Lois in the sitcom series, Malcolm in the Middle. The brunette first debuted in the entertainment world in 1983 when she landed a small role in the war film, Uncommon Valor. As a young actress, she appeared in numerous television series during the 80’s, including The Paper Chase (1983), Hill Street Blues (1984), Hometown (1985) and American Playhouse (1988) to name a few. Besides starring on the small screen, Kaczmarek also starred in a handful of movies during that time including Falling in Love (1984), The Heavenly Kid (1985),

Kaczmarek involved herself in a variety of projects including a long list of television series and films. After 15 years of being in the show business, Kaczmarek finally got the break she deserved in 2000, when she was cast as Lois, the leading female protagonist in the American sitcom, Malcolm in the Middle. Having first aired on television on January 9, 2000, the series revolved around Malcom, a kid genius with an IQ of 165 and his family of six. Upon its broadcast, the sitcom was was huge hit and had garnered over 23 million viewers during its first episode. Met with universal acclaim, Malcom in the Middle has also won numerous awards and nominations.

For her contributions to the movie industry, Kaczmarek herself has also won and been nominated for countless awards. For her portrayal of Lois, she has won 2 TCA Awards.

But what has the actress been up to now that her Malcolm in the Middle days are over? What happened to Jane Kaczmarek? Where is she now in 2018? 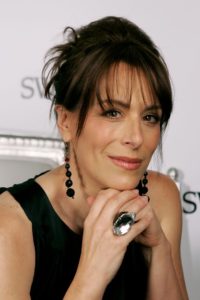 Born on December 21, 1955 in Milwaukee, Wisconsin and she has three siblings. As a young girl, she grew up in a strict, Roman Catholic household in the village of Greendale. However unlike other actresses who seemed to have grown up with a passion for performing, she herself did not dream of becoming an actress as a young childーin fact, it wouldn’t be until years later, that Kaczmarek would make the decision to pursue acting as a career.

After graduating from high school, the brunette enrolled to study theatre. During her time there, she met and befriended soon-to-be actor, Tony Shalhoubーshe didn’t know it at the time, but he would play a huge role in the start of her celebrity stardom. In fact, it was ultimately due to his gentle encouragement, that the brunette decided to pursue stardom. Following her graduation from college, she worked briefly as a drama teacher at a local school. 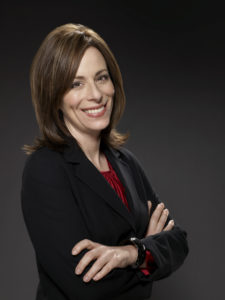 After completing the graduate drama program at Yale University in 1982, Kaczmarek found herself acting on the stage in various plays. In 1991, she replaced actress Mercedes Ruehl, in the Broadway play Lost in Yonkers and was met with critical acclaim. Soon afterwards, the brunette found herself leaving the stage for the small screen as she ventured off into television. Her first role was that of Sandy Burns, in the 1983 medical drama, St . Elsewhere; where she appeared in three episodes. That same year, the actress also guest starred in the series, Remington Steele and Scarecrow and Mrs. King as Barbara Dannon and Penny respectively. It wouldn’t be until 1990, where she would land the role of a long reoccurring character in the legal drama, Equal Justice.

By the time Kaczmarek was in her thirties, she had made a handful of guest appearances on popular TV shows such as Law & Order (1994), Party of Five (1995) and Cybill (1996). However unbeknownst to her at the time, her career as an actress had only just started; she would eventually receive her breakthrough role in the year 2000.

Jane Kaczmarek as Lois in Malcolm in the Middle 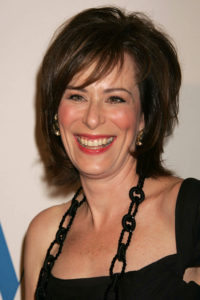 In 2000, the brunette got the role of a lifetime when she was cast as the leading protagonist of Malcolm in the Middle. The Fox sitcom revolves around Malcolm (played by Frankie Muniz), a more or less normal student with an IQ of 165, and his family of seven. In the series, Kaczmarek plays the role of Lois, his strict yet stubborn mother; other cast members of the show include Bryan Cranston, Christopher Masterson, Justin Berfield, and Erik Per Sullivan. The first episode went on air on January 9, 2000; it was a huge hit, having attracted over 23 million viewers during its first episode.

A huge success, the series continued for 7 seasons, over a period of 6 years from 2000 to 2006; it eventually ended after a total of 151 episodes on May 14, 2006. The sitcom received wide, critical acclaim from critics and had been one of the most popular series on the TV network. It also garnered numerous awards, including seven Emmy Awards, a Peabody Award, a Grammy award and seven Golden Globe nominations. For her role as  the comedic Lois, Kaczmarek received seven Emmy Award nominations throughout the show’s run; she also received three Golden Globe nominations, two TCA Awards for Individual Achievement In Comedy and a Satellite Award for Best Actress in a Television Series: Musical or Comedy in 2004.

Jane Kaczmarek After Malcolm in the Middle 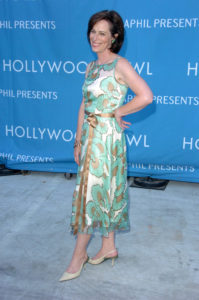 The actress starred in another sitcom called Help Me Help You. The comedy series, which featured fellow actors Ted Danson, Jere Burns and Darlene Hunt, revolved around a group of psychotherapy receiving patients and their therapist, who in fact may have more issues than the patients themselves. It first aired on September 26, 2006 however due to low ratings, the show was eventually cut a few months later from the schedule on December 14, 2006. The next year, ABC officially canceled the show, leaving four finished episodes to be unaired.

In 2008, Kaczmarek landed the role of Trudy Kessler, in the American legal drama Raising the Bar. The series premiered on September 1, 2008; its debut had garnered over 7.7 million television viewersーat the time, it had the largest audience ever for a debut episode of a new series on basic cable. The first season of Raising the Bar ran for 10 episodes; it was later renewed for a second season, which would consist of 15 episodes. The show ultimately ended on December 24, 2009 as it was promptly cancelled after the run of season 2.

Since then, the actress has gone on to star in a number of television drama series. In 2013, she made an appearance in the popular shows Law & Order: SVU and Breaking bad, where she played the role of Detective Agent Pam James and Lois from Malcolm in the Middle respectively. The previous year, she had also lent her voice to the Annie Award winning musical animated series, Jake and the Never Land Pirates; in it, she voiced the character of swashbuckling pirate, Red Jessica.

While the actress hadn’t abandoned the big screen entirely, it appeared that she seemed to favour television over films. Despite having had appeared in numerous movies during the 80’s and 90’s, the brunette seemed to have taken a movie hiatus as she hadn’t appeared in any during the 2000’sーher last film before the new millennium was Pleasantville back in 1998. After a 12 year break from moving making, she returned in 2010 when she appeared in the television movie Reviving Ophelia. 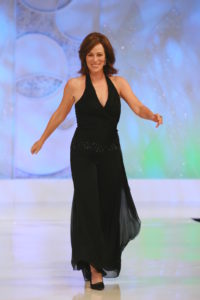 Recently in 2016, she has made a guest appearance in the latest season of the ever so popular, The Big Bang Theory alongside Johnny Galecki, Jim Parsons, Kaley Cuoco, and Simon Helberg amongst others. In it, she played the role of Dr. Gallo, a psychiatrist whom Leonard had agreed to meet on behalf of Penny. The episode titled, “The Sales Call Sublimination” aired on January 7, 2016.

She also made a guest appearance on the American comedy series, Cooper Barrett’s Guide to Surviving Life this year as Cindy Barrett, the mother of the show’s protagonist. Having first debuted on television on January 3, 2016 on the Fox Network, the series followed main character, Cooper Barret (played by Jack Cutmore-Scott) as he explored what life was all about alongside his family and friends. Upon its release, the comedy was met with average reviews from critics; however it was eventually calked on May 12, 2016, leaving three filmed episodes unaired.

In terms of the big screen, Kaczmarek has been busy working on an upcoming thriller, horror movie titled The Wolves at the Door. Set during the 1960s, the project will revolve round a home invasion, based on the true, horrifying Mason family murders of 1969. In it, the actress will be playing the role of Mary. Filming for the film has now concluded; the movie will presumably, be out in theatres the following year.

In addition to the horror movie, the actress has also landed a small role in an upcoming action comedy movie titled CHiPs, written by actor and director, Dax Shepherd. Based on the 1970s TV show of the same name, the movie will also star Michael Pena, Vincent D’Onofrio, Adam Brody, Rosa Salazar, Kristen Bell and Dax Shepherd himself. Principal photography on the project began in October 2015 in Los Angeles; the movie is currently scheduled for an August 2017 release.

Unfortunately for us fans, it appears that Kaczmarek have not quite yet taken to social media so you probably won’t be able to find her on Twitter or Instagram. Having said that, the best way to stay updated with her roles would probably be through her IMDb page.