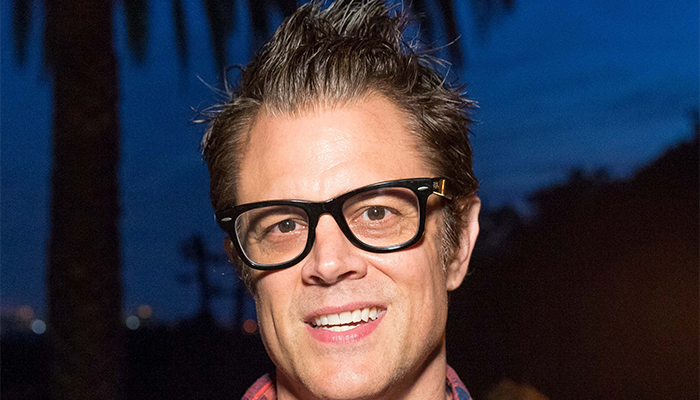 Johnny Knoxville is an American actor and stunt performer best known for his roles in the MTV reality series, Jackass. Having made his debut into the acting world as a young adult during the early 90’s, his first works as an actor were that of television commercials and various extra roles. Some of his initial projects from that time period include, The Ben Stiller Show (1992), Desert Blues (1995) and Boob (1999). However it wouldn’t be until 2000 that Knoxville would gain wide recognition for his reality show, Jackassーin which, he’d also star in as a stunt performer. Created by Spike Jonze, Jeff Tremaine and Knoxville himself, the series featured various individuals performing crude, improvised stuntsーit would ultimately be one of the most well-known works throughout his career.

Over the next decade, Knoxville would continue to star in a number television series including The Andy Dick Show (2001), Wildboyz (2003), Viva La Bam (2004), King of the Hill (2006), Adventures in Hollywood (2007) and Unhitched (2008), amongst others. He has also lent his voice to a handful of popular animated TV shows such as Family Guy (2008), King of the Hill (2008) and Spongebob Squarepants (2012). In 2009, Knoxville was a co-creator for the reality series, Nitro Circus; led by stunt performer, Travis Pastrana, the series featured him and his friends as they participated in a number of mind-blowing stunts around the world. Many comparisons have been made between Nitro Circus and Jackass since the premiere of the reality show in February 2009.

Throughout his career, the actor has also made numerous appearances in Hollywood films including Life Without Dick (2002), Grand Theft Parsons (2003), The Dukes of Hazzard (2005), The Ringer (2005), Father of Invention (2010), amongst a number of others. Besides just acting, Knoxville had also produced his first movie in 2002, when he helped to make the reality comedy film, Jackass: The Movieーwhich was a spin-off of the original Jackass television series. For his contributions to the show business, Knoxville has garnered a number of award nominations over the years, including three MTV Movie Awards, four Teen Choice Awards, and an American Comedy Award.

But what has the actor/stunt performer been up to as of late? Has he retired from stunt performing or is he still at it? What happened to Johnny Knoxville? Where is he now in 2018? 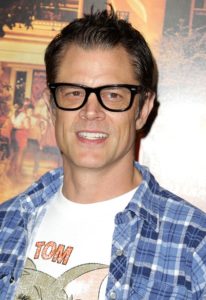 Born on March 11, 1971 in Knoxville, Tennessee, Philip John Clapp, Jr. is the son of Lemoyne Clapp, a Sunday school instructor and Philip Clapp Sr., a car salesman and the owner of a local tire shop. He has a sister named Lynne Clapp. During one particularly frightening period during his toddler years, Knoxville had suffered from a simultaneous bout of bronchitis, pneumonia and the fluーluckily, he would later recover from the illnesses. Growing up, the young boy was very close to his father, who was known to have often played practical jokes on his son; at the time, Knoxville was also described by many of his friends to be a “daredevil.” During his adolescent years, Knoxville attended South Doyle High School and had always seemed to attract attention from his classmates with his good looks and popularityーnot to mention the fact that he was also a straight A’s student.

Following his high school graduation in 1989, Knoxville relocated to California to enrol at the American Academy of Dramatic Arts for which he had won a scholarship for; however due to lack of interest, he would soon drop out after two weeks. With his attention fully focused on love life at the time, Knoxville would eventually marry his long-time girlfriend, Melanie Lynn Cates in 1995; the couple would later welcome their daughter, Madison into the world the next year. A new father at the time, Knoxville would then continue to work commercial gigs for various fast-food restaurants to support his family.

Having worked briefly as a writer previously, Knoxville began writing various articles about pieces of self defence equipment which he’d tried on himself. His ideas and writings would soon catch the attention of the skateboarding magazine, Big Brotherーwho would later agree to publish his works on the terms that he’d also videotape his stunts. Some of these daring experiments included Knoxville shocking himself with a stun gun, , spraying himself with pepper spray and shooting himself point-black with a .38 caliber gun while wearing a protective vest. Little did he know at the time, that his publications in the magazine would ultimately lead him to his first major television project, Jackass.

Johnny Knoxville and His Breakthrough with Jackass 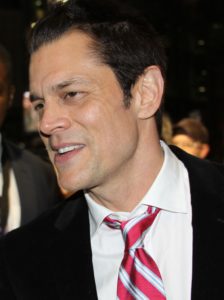 Impressed by his stunts, the executives over at MTV eventually approached Knoxville with the idea of creating a television pilotーand thus, the reality TV show, Jackass would be born. Created by television directors, Jeff Tremaine, Spike Jonze and Knoxville himself, the American series featured risky, dangerous pranks and stunts performed by real individuals. Having only starred in a handful of minor roles in the past prior to Jackass, the show would ultimately act as a launchpad for Knoxville’s acting career. First aired on MTV in October 2000, the series would continue for three seasons, spanning a period of two years.

Besides having been involved with the show as a co-creator, Knoxville also acted as one of the many stuntmen on the show. A doer of all things risky and dangerous, he’s even said to have been knocked out cold a handful of times during the filming of the series! He would later reprise his role in the upcoming, Jackass films.

Despite having initially been criticized for the dangerous nature of the involved stunts, Jackass attracted a large viewer base and has since spawned a host of spin-offs, including Jackass: The Movie (2002), Jackass Number Two (2006), Jackass 2.5 (2007), Jackass Presents: Mat Hoffman’s Tribute to Evel Knievel (2007), Jackass 3D (2009), Jackass 3.5 (2011), and Jackass Presents: Bad Grandpa (2012). While the possibility of an eighth film has been hinted at by Knoxville in 2014, so far nothing has been officially announced about it yet. In total, the movies of the Jackass franchise has grossed over $487,600,000 across the the globe. 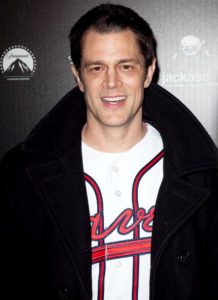 Following the success of Jackass, Knoxville would go on to appear in a number of television series throughout the early 2000’s including The Andy Dick Show (2001), Viva La Bam (2004), King of the Hill (2006), WWE Raw (2008) and Dogg After Dark (2009). In 2003, he would also make occasional appearances in the American reality series, Wildboyzーa follow-up to the earlier, Jackass. First premiered on MTV2 in January 2006, Wildboyz featured stunt performers, Chris Pontius and Steve-O as they went on to perform various precarious acts with a number of animals; in the show, the two would also travel to different countries in order to educate audiences about the local wildlife whilst performing their stunts. Wildboyz later ended in February 2006 after  a total of 32 episodes.

Fast forward to 2009, Knoxville would act as an executive producer for the first time in the reality show, Nitro Circus. Described to be an “action sport collective,” the series revolved around Travis Pastrana and his friends, who would travel across the globe on their dirt bikes to perform circus worthy stunts for various groups of audiences. Initially broadcast on the MTV Network in February 2009, Nitro Circus continued for a total of 21 episodes, through two season. Following the final episode, a second season was then ordered by the network, ーwhich later aired in August 2009. Since then, the reality show has also spawned a 3D movie titled, Nitro Circus: The Movie 3D which was released in the U.S. on August 8, 2012.

Not close to retirement anytime soon, the actor has also starred in a series of movies and television shows these past few years, including the American comedy, Drunk History (2013), the sitcom, Maron (2013), the action film, The Last Stand (2013), and the animated Nickelodeon movie, Teenage Mutant Ninja Turtles (2014). In 2013, he was also involved in the producing and writing of the Jackass movie, Jackass Presents: Bad Grandpaーa hidden-camera comedy.

As previously mentioned, Knoxville married Melanie Lynn Cates in 1995 at the age of twenty four. The couple later welcomed a daughter named Madison into the family a year later in 1996. Despite having been together for over a decade, the pair later divorced in July 2006, having been separated a year earlier. In 2010, the stuntman married Naomi Nelson, after popping the question to the actress with a 2.5 carat engagement ring; just a year prior, the pair had announced that they would be expecting a baby. Nelson eventually gave birth to their son, Nocko Clapp on December 20, 2009; she would later give birth to a daughter named Ario Lemoyne Clapp on October 6, 2011. 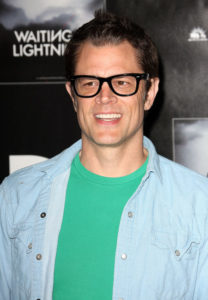 In terms of his work as an actor, Knoxville has been staying pretty busy these last couple of years filming a number of movies, including the Hong Kong-American action comedy, Skiptrace. Released in China in July 2016, the film centres around a detective named Bennie Chan (played by Jackie Chan) who has been on a mission to track down a notorious crime leader named Matador, for over ten years; after getting himself into trouble with a crime syndicate, Bennie must then find an American con artist named Connor Watts (played by Knoxville). Other starring actors include Fan Bingbing, Eve Torres, Winston Chao, Sara Forsberg, amongst others. Skiptrace is currently scheduled to be released in North America in September 2016.

Besides the Asian collaboration, the actor has also been staying occupied with an upcoming thriller film, entitled Above Suspicion. Directed by Australian director, Philip Noyce, the horror movie will revolve around a newly married FBI agent, who is sent to work in a rural mountain town located in Kentuckyーit is there that he will ultimately become involved with an illicit affair with a local woman. Based on a chilling, non-fiction book of the same name by Joe Sharkey, the film is currently set for a 2017 release, although the official release date has not yet been announced.

If you’d like to stay up to date with the stunt performer of Jackass fame, then you can do so by following him on social media! You can find Knoxville over on Twitter under the handle, @realjknoxville or on his official Facebook page, @JohnnyKnoxville!