What Happened to Will Friedle- News & Updates 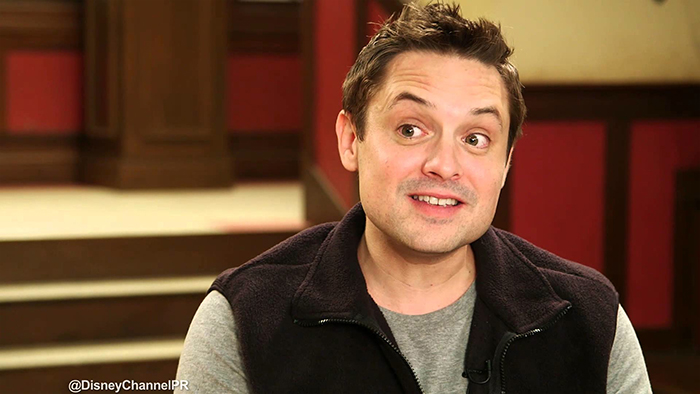 Will Friedle is most widely known for having portrayed the role of Eric Matthews in the American sitcom, Boy Meets World. Having debut into the entertainment world at the age of 12, his first role on the small screen was that of a host on the Nickelodeon talk show, Don’t Just Sit Thereーhe was the main host of the series from its premiere in 1988 until the show’s end in 1991. The following year, Friedle was cast in the legal drama series, Law & Order; in it, he played the small role of Russ, a character which appeared in the fifteenth episode of the second seasonーit would also be Friedle’s first professional acting role on television.

In 1992, at the age of 17, the young actor landed his breakthrough role when he was cast as a series regular in the ABC sitcom, Boy Meets World. Having first aired on television in September 1993, the series followed the life of protagonist Cory, along with his family and friends, as he grew up from a middle schooler to eventually, a grown man. In it, Friedle played the role of Eric MatthewsーCory’s stereotypical, older brother. Since its release, Boy Meets World has been praised by many viewers and critics around the world; it has also won numerous awards including four Young Artist Awards. For his portrayal of Eric, Friedle was also nominated for a Young Artist Award for “Best Performance: Young Actor in a TV Comedy Series” in 1995.

Besides having been an established actor, Friedle is also a successful voice actor. Since his first voice-over role in 1999, as Terry McGinnis (aka Batman) in the animated series, Batman Beyond, he has continued to lend his voice to a number of animated characters including that of the shows: Kim Possible: A Sitch in Time (2003), Lilo & Stitch: The Series (2005), Static Shock (2004) and Teen Titans (2004). More recently, he has also voiced the fictional superhero, Peter Quill (aka StarLord) in the Marvel series, Avengers Assemble, Hulk and the Agents of S.M.A.S.H., and Guardians of the Galaxy in 2015.

But what has the actor been up to recently? Has he been acting? Or voice-acting? What happened to Will Friedle? Where is he now in 2018? 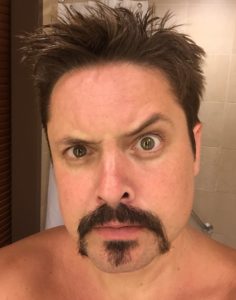 Born on August 11, 1976 in Hartfort, Connecticut, Will Friedle is the son of Gary Allen Friedle and Patricia Joan Friedleーwho both worked in law. As a young child, he moved to the city of Avon, where he later grew up in. He attended Avon High school in 1994 as a teenager and later went to Occidental College, a private liberal arts college in Los Angeles.  Having always wanted to pursue an acting career, the teen would often times commute from Avon, to the bustling New York City in border to attend auditions. In a later interview, Friedle revealed that he had considered going to culinary school for a brief time.

In 1988 at the age of 12, Friedle was cast as a co-host in the Nickelodeon talk show called, Don’t Just Sit Thereーa series which motivated children at the time to try different things instead of “just sitting there” as its title implied. The young host starred in the talk show for three years from 1988 until the show’s end in 1991. Shortly after his time on the talk show, Friedle starred in his first professional acting role as Russ, a minor character in the legal drama series, Law & Order in 1992. 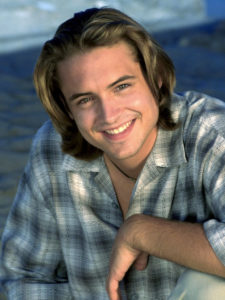 However it wasn’t until the following yearー1993, that Friedle first landed his breakthrough role when he was cast as a leading role in the American sitcom, Boy Meets World. Having first premiered on the ABC network in September 1993, the series revolved around protagonist Cory, as he grew up from a middle school student to an adult through the show’s seven seasons. In it, the actor played the role of Eric Matthews, Cory’s oldest brother. Other cast members in Boy Meets World includes Ben Savage, William Daniels, Betsy Randle, Rider Strong, amongst others.

The series was met with positive acclaim upon its release and had attracted over 8.4 million viewers during its first season; it later peaked at 11.6 million viewers during its fifth season in late 1997. The series’ success lasted seven seasons, for a total of 158 episodes and has since spawned a spinoff called, Girl Meets World which stared airing in 2014. Throughout its seven year run, Boy Meets World has garnered a number of awards including four Young Artist Awards and a Kid’s Choice award; it has also received over 15 different nominations. Friedle has also been recognized for his portrayal of Eric and had been nominated for a Young Artist Award for “Best Performance: Young Actor in a TV Comedy Series” in 1995.

Will Friedle’s Other Acting Projects 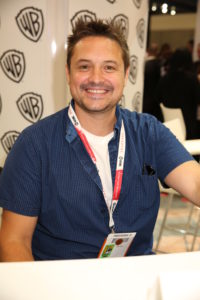 While Friedle was filming for Boy Meets World, the actor also made a number of small appearances in various television shows, including The Gift of Love (1994), Are You Afraid of the Dark? (1994), My Date with the President’s Daughter (1998), Zoe, Duncan, Jack and Jane (1999) and Odd Man out (1999), amongst others. In 1999, the actor landed his first leading voice-over role in the Marvel animated series, Batman Beyond as none other than Batman himself. As a sequel to the previous Batman: The Animated Series, the show revisited protagonist Terry McGinni’s role as Batman as he fought against crime in the futuristic city of Gotham.

Since its initial release in January 1999, Batman Beyond has garnered wide acclaim from viewers and have been dubbed by many to be one of the greatest animated series of all times. In 1999, the show was named by IGN to be the “40th best animated television series of all time”. Throughout its two year run, Batman Beyond also won a handful of awards, including four prestigious Daytime Emmy Awards and two Annie Awards. However despite its success, the animated series was eventually cancelled in 2001, after having been originally put on hold for the show, Justice League.

Following his role in the animated cartoon, Friedle was cast as a series regular in the NBC sitcom, Go Fish. Having premiered in June 2001, the series centred around protagonist, Andy Troutnerーa new student at Westlake High School. In it, the actor played the role of Pete Troutner, Andy’s older brother who worked at his school after recently having graduated from college. Unfortunately due to low ratings, the sitcom was ultimately cancelled after five episodes; the last having aired on July 3rd, 2001.

No stranger to the voice-acting scene, the actor eventually began to shift his focus over to voice-over work during the 2000’s. In 2003, Friedle was cast as the voice for Ron Stoppableーa main character in the Disney’s television film, Kim Possible: A Sitch in Time. Released in late November of 2003, the made-for-TV film focused on protagonist Kim Possible, as her enemies tried to use time travel as a means of defeating herーit was also the series’ first feature length movie.

Since then, Friedle has lent his voice to a number of animated series, including Lilo & Stitch: The Series (2003), Teen Titans (2004), Justin League Unlimited (2005), The Batman (2005) and The Penguins of Madagascar (2011) amongst many others. In fact, you could even say that he’s more of a voice actor now than he is an actorーas most of his character portrayals during the 2000s have been that of voice-over roles.

In 2015, the actor once again reprised his role as Eric Matthews in the Boy Meets World sequel, Girl Meets World. Set a few years after the first series, the sitcom revolved around Cory’ Matthews and his eventual marriage to longtime girlfriend, Topanga Lawrence. However compared to before, his role as Eric in the sequel was not that of a regular cast member but instead, a recurring roleーas the series focused more on Cory’s growing family. 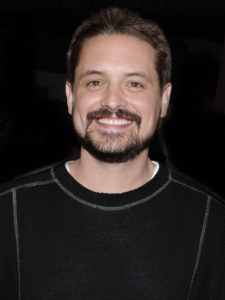 Recently this year, the actor lent his voice to Dick Grayson (Nightwing), a fictional superhero in the Batman series; he has since starred in a number of Batman direct-to-video series, including Lego DC Comics Super Heroes: Justice League Gotham City Breakout and Batman Unlimited: Mech vs. Mutants. He also played the main lead role in a new animated series called, Transformers: Robots in Disguise, which premiered last year back in March. In it, he plays the role of main protagonist Bumblebeeーa young, eager Autobot.

The voice actor also made a special appearance this year in an American web series called, Critical Roleーwhere a group of professional voice-over actors gather to play the game, Dungeon & Dragons. Broadcasted live every Thursday, the online video series has since released 60 episodes since its start in March of 2015. In it, Friedle plays the role of Kashaw Veshーa human Cleric; he has appeared in five episodes. Streamed live every week, Critical Role has attracted millions of viewers since its release; as of January of this year, the web series has received over one million views per episode.

To commemorate the end of the third season of the sitcom, Girls Meets World, the actor was also invited to a large Boy Meets World reunion last month. While it’s still up in the air whether or not the sequel will be getting a fourth season, one thing’s for sureーthe cast mates sure had a blast seeing each other again after so many years! They even took an epic group photo with everyone in it, talk about a blast to the past!

If you’d like to stay connected with all the happenings surrounding Will Friedle, then it might be a good idea to follow him on social media! You can find him over on twitter under the handle @willfriedle!