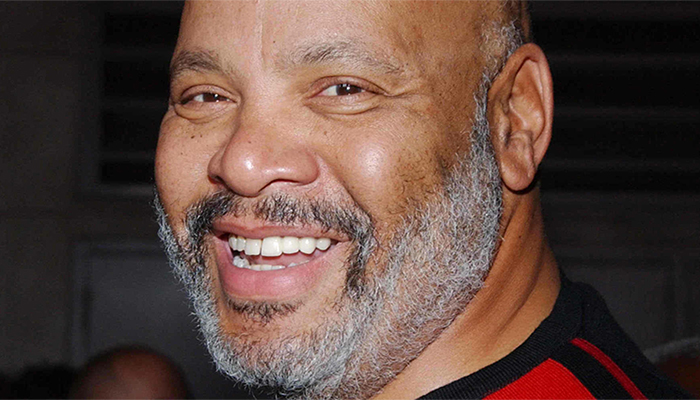 James Avery is best known for having portrayed the role of Philip Banks in the NBC sitcom, The Fresh Prince of Bel-Air, which ran in the 90’s. Having step foot into the acting scene the early 80’s, he first appeared on film on the musical comedy, The Blues Brothers, in which he played an uncredited dancing man. For the next few years, Avery appeared in a number of small roles on the small screen including Tales of the Gold Monkey (1983), Newhart (1983), Hardcastle and McCormick (1984), The Dukes of Hazzard (1984) and Scarecrow and Mrs. King (1985). Avery also appeared in a multitude of films during that time, including The Eleventh Commandment (1986), 8 Million Ways to Die (1986), Deadly Daphne’s Revenge (1987), Nightflyers (1987) and License to Drive (1988).

In 1987, Avery landed his first major voice-over role in the animated series, Teenage Mutant Ninja Turtles. Revolving around the lives of four anthropomorphic teenage turtles trained in ninjutsu, the series was a huge hit upon its premiere. During its run throughout the late 80’s and early 90’s, the characters of the show also grew wildly in popularity, spawning a number of merchandise such as plush toys and video games. In the cartoon, the actor lent his voice to the series’ main antagonist, Oroku Saki (aka Shredder).

However having been accredited for a whole list of films and TV series, the actor did not gain universal recognition until 1990, when he was cast as a leading role in the American sitcom, The Fresh Prince of Bel-Air. Having first premiered on the NBC network in September 1990, the series revolved around the life of Will Smith (A fictional version of Will Smith himself) after he moved in to live with his wealthy relative at the Bel-Air mansion after having gotten himself into a fight. In it, Avery played the main role of Philip BanksーWill Smith’s wealthy uncle; it would also be the role in which he would be most remembered for.

Sadly, the actor whom we all grew to live on the sitcom passed away on December 31, 2013 following surgery complications. But let’s celebrate his life by looking back at some of his past worksーwhat other projects was the Actor involved with after his time on The Fresh Prince of Bel-Air? 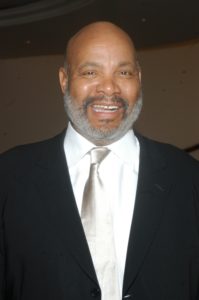 Born on November 27, 1945, in Pughsville, Virgina, James Larue Avery was the son of Florence Avery (the name of his father had not been publicly announced). Raised in Atlantic City, New Jersey by his single mother, he had always had a thing for the arts such as acting and poetry; in fact, he had once stated that he had dreamt of becoming an actor like Richard Wright one day. After graduating from high school as a young adolescent, Avery served in the US Navy during the Vietnam War during the late 1960’s. Following his time in the military, he relocated to San Diego, California and eventually found work writing poetry and TV scripts for PBS. In a later interview, the actor expressed that becoming a writer was something that he had always wanted to do.

In 1980, Avery appeared in his very first film, The Blue Brothers in an uncredited role as a dancing man. Following his small debut on the big screen, he starred in a number of minor roles in various television series throughout the 80’s, including Antony and Cleopatra (1983), Simon & Simon (1984), Hill Street Blues (1984), The Dukes of Hazzard (1984) and Scarecrow and Mrs. King (1985); his first recurring role being that of Tolliver in Hill Street Blues. Known for his deep, mellow voice, the actor often portrayed the roles of doctors, judges and professors.

After having entered the entertainment industry for over 5 years, Avery landed his first major voice-over role in the animated series, Teenage Mutant Ninja Turtles in 1987. In it, the actor lent his voice to the main antagonist of the seriesーOroku Saki (aka Shredder). Produced by the animation studio, Murakami Wolf Swenson and the French studio, IDDH, the Saturday cartoon revolved around the lives of a group of anthropomorphic turtles who have been trained in ninjutsu. Despite initial complaints of the series being too violent for children, the show was eventually a huge hitーthe characters grew in popularity and also spawned various lines of merchandise (video games, action figures, etc) at the time. The animated series has since been dubbed by IGN to be one of the “Top 100 Best Animated TV Shows” of all times. A comic book based on the cartoon was also released during that period and had sold appropriately 125,000 copies every month during the early 90’s. Teenage Mutant Ninja Turtles eventually ended after a total of 193 episodes (spanning 10 seasons) in November 1996.

Following his time on the cartoon series as a voice artist, Avery continued to star in a number of television series throughout the late 1980’s, including Jake and the Fatman (1987), Beauty and the Beast (1988) The Real Ghostbusters (1989), and A Different World (1989). In 1988, the actor landed a recurring role in the American legal series, L.A. Law as Judge Michael Conover and appeared in nine episodes. However, while he had made small appearances in a number of films and TV series, it would not be until 1990 that Avery would finally catch a break in his acting career.

James Avery in The Fresh Prince of Bel-Air 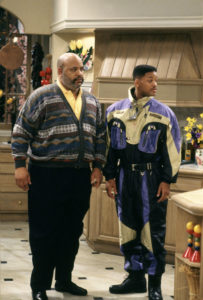 After years of small and minor roles, the actor finally landed got his breakthrough when he was cast as a leading character in the NBC sitcom, The Fresh Prince of Bel-Air. Having first premiered on television in September 1990, the series centred around the life of Will Smith (Actor Will Smith’s fictional version of himself) after he is sent to live with his well off aunt and uncle at the Bel Air mansion; with the difference in lifestyles, its no wonder why the individuals kept clashing in the show! In it, Avery played the role of Will Smith’s rich uncleーPhilips Bank. Besides Avery and Will Smith, other cast members in the show include actors Joseph Marcell, Tatyana Ali, Janet Hubert-Whitten, Alfonso Ribeiro and Karyn Parsons. The series lasted for six seasons and spanned a total of 148 episodes; the finale eventually aired on May 20, 1996.

The Fresh Prince of Bel-Air was a huge success and had attracted millions of loyal viewers during its time on air; the first season which was broadcast between 1990 until 1991 had a rating of 13.1 million while the third season later peaked at 14.6 million. Throughout its six year run, it has also garnered a number of awards including an ASCAP Film and Television Music Award for “Top TV Series” in 1994 and a Young Artist Award in 1991 for “Best New Family Television Comedy Series”; it also won TP de Oroーa Spanish Award, for “Best Foreign Series” in 1994. In addition, the series also received a total of 17 nominations from 1990 until its end in 1996.

James Avery and his Other Acting Roles 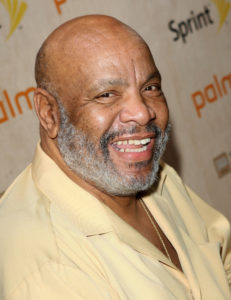 Whilst working on The Fresh Prince of Bel-Air, Avery was also involved in a number of side projects including The Legend of Prince Valiant (1991), Without Warning: Terror in the Towers (1993), American Experience (1994), A Friend to Die For (1994) and Murder One (1995); the most notable probably being that of the American animated series, The Legend of Prince Valiant, in which the actor provided the voice of Sir Bryant for nine episodes.

In 1994, Avery also lent his voice to the well known Disney cartoon, Aladdin, in which he played the minor role of Haroud Hazi Bin for a number of episodes; the following years, his work as a voice actor would increase as he is cast in more and more animated series. Following his brief time on Aladdin, the actor was cast in the Marvel animation, Iron Man: The Animated Series in 1994. In the cartoon, Avery lent his voice to War Machine, one of the superheroes in the show. The Iron Man series ran for two years, from September 1994 until February 1996; for a total of 26 episodes.

A couple years later in 1996, Avery was cast yet again in a voice-over role in the animated series, Captain Simian & the Space Monkeys. Centred around a NASA monkey who is accidentally found by an alien spices after getting lost in space, the series parodied many sci-fi movies and TV shows at the time. In it, the actor lent his voice to one of the main characters, Gor-illaーa gorilla from Uganda who is also the crew’s strongest member. Avery continued his role throughout the animated series’ 26 episode long run; the finale eventually aired on June 21, 1997.

Later that same year (and around the same time as the end of The Fresh Prince of Bel-Air), Avery was cast in a leading role in the American sitcom, Sparks. Set in the city of Compton, Sparks told the story of a family of lawyers who ran a personally owned law office. In it, the actor played the main role of Alonzo Sparksーthe father of the family, with two sons, Greg and Maxie who were also part of his family owned practice. The series also starred fellow actors Robin Givens, Terrence Howard and Miguel Nunez Jr. Spark ended after two seasons on March 2, 1998.

Throughout the 2000’s, the actor continued to star in a number of television shows and films, including Soul Food (2001), Judging Amy (2002), The Division (2003), Crossing Jordan), That ’70’s Show (2004) and NYPD Blue (2004). In 2005, he was also cast in the police series, The Closer, which centred around an interrogator who helped to solve cases by obtaining confessions from criminals; in it, the veteran actor played the role of Dr. Crippen, a medical examiner who often helped the protagonist with his casesーhis character appeared in the first three seasons of the show. The Closer later ended after seven seasons in August 2012.

Since then, he had also appeared in a handful of recurring roles including that of General K’Vagh in the Star Trek prequel, Star Trek: Enterprise and that of Redmond in the Lifetime series, Sherri. He also guest starred in the popular medical series, Greys Anatomy in 2012 as a patient. In 2013, Avery appeared as a small role in the comedy film, Wish I Was Hereーit would also be his last performance in a movie.

On December 31st, 2013, James Avery passed away at the age of 68 following complications from an open-heart surgery at Glendale Memorial Medical Center. It was later learnt that the actor had been suffering from a number of major medical conditions prior to his surgery; just seven weeks prior, Avery had undergone a bypass surgery after having experienced a heart attack. His remains were later cremated and scattered across the Pacific Ocean. May his legacy be forever remembered by manyーRest in peace, James Avery.