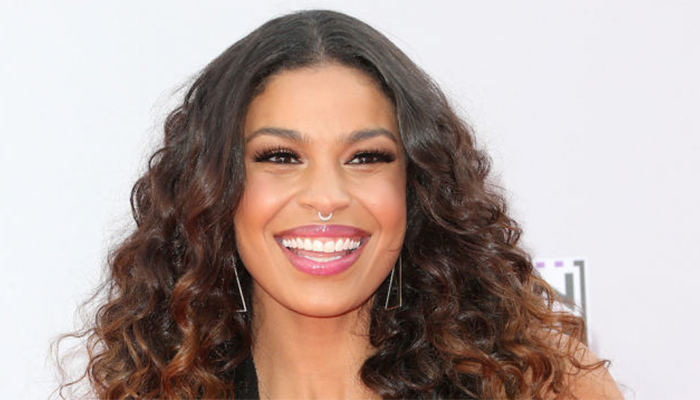 Jordin Sparks is best known for winning the sixth season of American Idol in 2007 at the age of 17ーshe also set the record for being the youngest winner ever. After the win, the singer released a debut album titled, “Jordin Sparks” which sold over two million copies across the globe; the release was later certified platinum by the Recording Industry Association of America.

As a successful singer, Sparks has won several awards including a BET Award, an NAACP Award, an American Music Award, a People’s Choice Award and two Teen Choice Awards. In 2012, the brunette was also ranked number 92 on the “100 Greatest Women in Music” VH1 list. Having sold over 10.2 million singles and 1.3 million albums in the US during her singing career, Sparks is without a doubt, one of the most successful American Idol contestants of all time.

Besides her work with music, Sparks has also ventured into acting and Broadway. Sparks has made several appearances on television to this date including, “The Suite Life on Deck” in 2009 and “Big Time Rush” in 2010; she also starred in the Broadway musical, “In The Heights” playing the role of Nina Rosario in 2008. In October 2010, she also launched her own line of perfume called “Because of You…”; she has since released two more perfume lines in March and November 2012.

But it seems like the celebrity hasn’t released any musical projects since 2015. What has Jordin Sparks been up to this year? Where is she now in 2018? 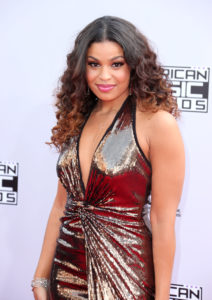 Born on December 22, 1989, Jordin Sparks is the daughter of Jodi Sparks and Philippi Sparks, a former professional football player. Born to a Caucasian mother and an African-American father, Sparks is of mixed race. The singer is the oldest out of two children in the family; she has one younger brother named Philippi Sparks Jr., who is on the football team at Arizona Christian University. Sparks grew up on the suburbs parts of Ridgewood, New Jersey as her father played as a defensive back for the New York Giants at the time. After living there for a few years, the family eventually moved to Phoenix, where Sparks attended Northwest Community Christian School until the eighth grade.

Sparks later went to Sandra Day O’Connor High School until 2006. During that time, she also attended the Arizona Conversatory for Arts and Academics for a few months. However in order to concentrate more on her singing, Sparks later dropped out of high school and was home schooled instead. The singer has been a devoted evangelical Christian since her childhood and is known to attend the Calvary Community Church every week. She is also known to have thanked both her parents and God for winning American Idol.

Jordin Sparks and the Beginning of Her Singing Career 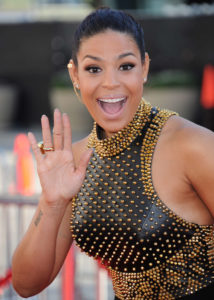 Prior to her American Idol win, Sparks participated in various talent competitions such as Coca-Cola’s Rising Star and the Gospel Music Association Academy’s Overall Spotlight Award. The singer was also known to have frequently performed the national anthem at various sporting events, such as that for the Phoenix Suns and Arizona Cardinals. In 2006, Sparks won the Phoenix Torrid competition for “Next Plus Size Model” as one of the six winners and was featured in several Torrid advertisements.

However it wasn’t until she auditioned for the sixth season of American Idol in the summer of 2006, that Sparks was eventually led onto the path of stardom. The singer had actually auditioned twice for the competition, once in Los Angeles and once in Seattle. While her first audition did not go as planned, her second attempt in Seattle was successful and she was eventually given the “gold ticket” which whizzed her right into the Hollywood Round of the competition.

Sparks garnered a loyal fan base called the “Sparkplugs” during her time on American Idol and on May 23, 2007, was declared as the winner of the sixth seasonーat age 17, she was the show’s youngest winner in history! According to judge Simon Cowell, Sparks was one of the most improved contestants over the season. The season’s coronation song, “This Is My Now” peaked at the number fifteen spot on the Billboard Hot 1– Charts. During the summer following her American Idol win, Sparks participated in the three month long American Idols LIVE! Tour from July to September 2007, together with the other top ten contestants. 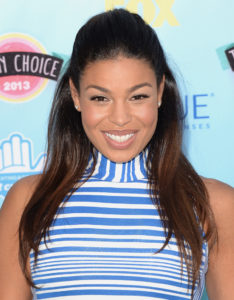 Since winning the series back in 2007, Sparks has made several appearances back on the show. She has performed twice during the seventh season and once during the eighth season of American Idol. In May 2010, Sparks also took part in a tribute performance to judge, Simon Cowell and the rest of her former contestants.

Following her American Idol win, the singer signed to 19 Recording/Jive Records. She released her first debut single titled, “Tattoo” on August 27, 2007. The single peaked at the number eight spot on the Billboard Hot 100 Chart and was eventually certified platinum in both the US and in Australia. Presently, over two million copies of the single has been sold in the US.

Later that year, Sparks released her first self-titled studio album titled “Jordin Sparks”. Having sold over one million copies in the US alone, the album was soon certified platinum by the RIAA. The song, “No Air” eventually peaked at number three on the charts.

Spark’s third single titled, “One Step at a Time” was released a year later in June 2008. The release was the singer’s fourth top twenty hit on the Billboard Hot 100 chart, having peaked at number seventeen. The single also charted in the top 20 list in various other countries, including Canada, Australia, New Zealand and the United Kingdom. “One Step at a Time” has also earned Sparks two MTV Video Music Award nominations and the title of “Best New Artist” at the 2008 MTV Video Music Awards. 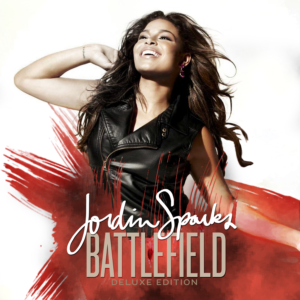 The singer’s second studio album, “Battlefield” was released in early 2009. Similar to her prior works, the album was a success on the charts, having debuted on the number seventh spot on the Billboard 200 Chart. However despite this, “Battlefield” was notably less successful in terms of sales; the album only sold a little over 177,000 copies in the USーan amount significantly lower than her earlier releases. In order to support the album, Sparks helped The Jonas Brothers open for the North America Leg of the Jonas Brother World Tour in 2009; she also later opened for Britney Spears in August 2009.

In 2010, Sparks embarked on her very first US tour titled, “Battlefield Tour”. Beginning on May 1, 2010, the tour lasted for three months; during which, the singer performed in over 35 major cities in the US. For the next few years, the brunette would go on to take part in various music and television projects; she even made an appearance in the popular police drama, CSI in 2013.

In April 2008, shortly prior to the opening of Alicia Key’s tour, Sparks was diagnosed with an acute vocal cord haemorrhage. Told by her doctors that the condition resulted from overusing her vocal cords, the singer was put on strict vocal rest. Consequently, several performances and appearances were cancelled, including her scheduled cameo on Alicia Key’s tour. The brunette later recovered enough to be back on the road by late April 2008.

In terms of appearance, Sparks was seen with a noticeably slimmer figure at the 2011 Muhammad Ali Celebrity Fight Night. When interviewed, the singer admitted that she had lost roughly 30 pounds (she would later lose an additional 20 pounds). The celebrity later revealed that she was motivated to change her lifestyle after becoming terribly ill with pneumonia in December of 2010. 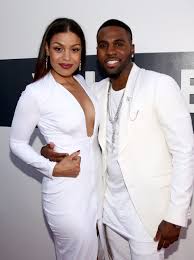 Just because Sparks hasn’t released any musical works as of yet this year, it doesn’t mean that she’s out of the showbiz just yet! According to her filmography, the brunette will be appearing on the small screen once again in the series, Time After Time, which is currently in pre-production. She also had a brief role in season 1 of the American sitcom, Zoe Ever After in February 2016. Besides appearing on television, Sparks will also be starring  in an upcoming film called, God Bless the Broken Role, in which she will play the supporting lead role of Bridgette.

But that’s not what the celebrity recently hit the headlines for! The biggest news surrounding Sparks this year was that of her break up with then boyfriend, Sage the Gemini. In February 2016, Sparks announced the break up with boyfriend, Sage the Geminiーsomething that no one had saw coming! The singer first started dating Sage the Gemini after breaking up with rapper, Jason Derulo earlier last year. The couple has been together for ten months but alas, the two seems to have spent Valentines Day alone this year. While the reason behind the breakup was never publicly confirmed, a cryptic message by Sage the Gemini has been left on Instagram a while back about struggling with relationship jealousy.

So does that mean the celebrity singer is back on the market? Nope, it doesn’t seem like it according to a more recent headline in July 2016! When interviewed about her newly single status, Sparks told HipHollywood that she’s planning on taking a break from the dating scene.

Relationships aside, Sparks has also been busying herself with M.A.D (Make a Difference). Originally founded by Sparks and her younger brother PJ in 2009, the campaign helps to “cultivate community advocacy and volunteerism amongst teens and young adults.” Every year, the organization holds a Jordin Sparks Experience fundraiser; 2016 was no different. In February 2016, Sparks helped to bring awareness to their charity projects through the 2016 Superbowl.

Social media wise, the singer is active on Instagram, Twitter, Facebook, Youtube, Soundcloud…you name it! But if we had to choose one, she’s probably the most active on Facebook as she’s often seen posting photos multiple times a day on her page!