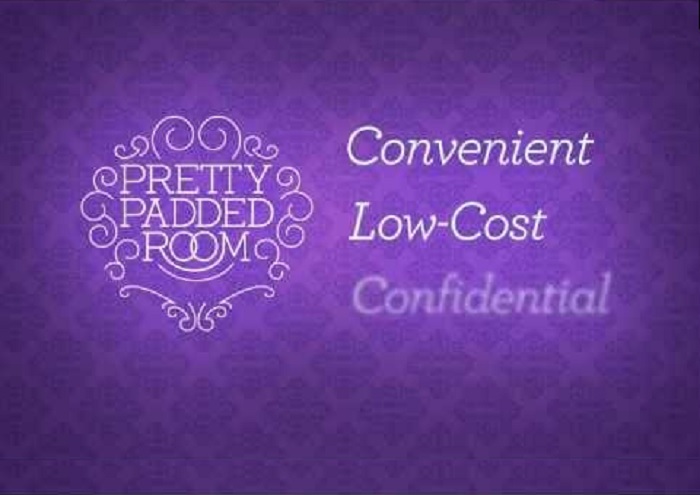 Bea Arthur, the founder and driving force behind Pretty Padded Room, was originally from Ghana but emigrated to the United States as a child with her parents. Bea devised a modern-day version of an old and established industry, psychotherapy. Using the power of the internet, she dreamed of bringing therapeutic services to customers in the comfort of their own homes, and allowing new therapists to gain experience at the same time.

Bea’s first venture into the World of online businesses was in 2008, with an online social club for young moms. It was called ‘MeToo’, but by the following year the company had ceased to operate. In 2011 Bea launched her new venture, Pretty Padded Room, and the company offered ‘A Nice Place to go Crazy’ for its potential customers.

Bea employed a few carefully selected, keen and hungry psychiatrists to resolve the subconscious issues of a subscription based clientèle, and that select group of customers would be able to enjoy all the benefits of the service at home, for a mere fraction of the cost.

In late 2012 Bea attended an open casting session for Shark Tank and was picked to pitch her business to the sharks. After being accepted, she appeared before the sharks in early 2013.

Bea entered the tank and introduced herself to the sharks. The friendly and likeable entrepreneur announced that she was seeking a $100,000 investment, in exchange for 30% equity in the Pretty Padded Room business.

Bea began her smoothly delivered pitch by telling the sharks that although psychotherapy had been around for hundreds of years, and had helped millions of people, it still didn’t have the best of reputations. She explained that most people thought of psychotherapists as slightly creepy old men, who didn’t really help that much at all, so she had based her business around providing a far more attractive alternative. Her all female team of therapists provided advice to women in a friendlier, more relaxing setting.

She knew that the ‘normal’ solution for most women with a problem would be to merely confide in a friend, but those same friends, even though they were well-meaning, didn’t always give the best advice. The Pretty Padded Room business provided professionally trained psychotherapists, and brought them into the home of troubled customers, supplying the professional care that they needed, but in a less intimidating and clinical environment than traditional therapy entailed.

It had been a competent and professional pitch by Bea, after all she was a professional therapist and it showed, but the sharks weren’t looking too reassured about the concept behind the business.

Kevin O’Leary spoke first, and clarified that the service offered was that of a licensed, credible therapist who was contactable online, he emphasised the word credible. Bea confirmed that was the service offered. Kevin asked how much it cost.

Bea began running through the options available to customers, beginning with a trial session costing $20, that lasted thirty minutes. Robert Herjavec interrupted the entrepreneur to inquire how much of the $20 fee went to the therapist providing the service. Bea explained that the counsellor would receive a flat rate, of $16, and this time it was Kevin who interrupted her.

Mr Wonderful noted that any therapist who was capable of earning an average therapists fee, of around $150 an hour, would be unlikely to spend time with Pretty Padded Room customers at a fraction of the price. He asked Bea why they would bother selling themselves so short, and implied that only a ‘discount therapist’ would work so cheaply.

Bea dealt with the question smoothly, she told Kevin that her aim in setting up the company had been twofold. Not only was she providing low-cost therapy to customers who wouldn’t be able to afford it otherwise, but she was also allowing newly qualified and inexperienced therapists to gain experience, and build a professional reputation.

Daymond John asked if the service was only available to women. Bea revealed that although the service was primarily aimed towards women, it was open to men, and around 6% of her customer base were male.

Bea elaborated some more about the subscription based service she offered, running through the options available to customers. There were a number of options, from the trial session costing just $20, up to a $200 package consisting of four forty-five minute sessions, of one-to-one contact with a therapist.

Robert Herjavec asked how confidential the discussions between clients and therapists were. Bea assured him that all conversations were hosted on the company website, not through a third-party, and were completely secure and confidential.

Bea spoke about the sales she had achieved in the first year of operating Pretty Padded Room. She revealed that even though she had still been working full-time as a domestic violence counsellor at the time, the business had still made sales of $7,500.

Kevin O’Leary looked taken aback, ‘Seventy-five hundred dollars?’ he asked. ‘Yes’ confirmed Bea, suppressing a nervous smile quickly. It looked as if Mr Wonderful was about to unleash his own form of Shark therapy, but he held back for the moment.

Mark Cuban quizzed Bea about customer retention rates, and the number of customers the business had attracted. Bea dealt with the queries as smoothly as ever, but the sharks seemed troubled by the numbers, and on this occasion therapy wasn’t going to help.

The subject came around to the projected sales for the current year. Bea expected to make $21,000 in sales. Barbara Corcoran asked if she was on track so far and Bea confirmed she was.

Kevin was unable to hold his silence any longer. He considered a meagre $21,000 in sales to be ‘Nothing-Burgers’. He suggested such a small amount of sales wasn’t even proving the concept of the business. Mr Wonderful was clearly not going to invest with Bea Arthur, but he still didn’t drop out just yet.

Mark Cuban asked Bea what the lifetime revenue of a customer was, the value that each customer would bring to the company on average. Bea merely repeated ‘Lifetime revenue?’, sounding slightly confused. For the first time in the tank, calm and composed Bea was beginning to show the strain. Mark Cuban explained the concept and Bea regrouped. She confirmed that the average customer equated to sales of $300-$500.

Mark Cuban began speaking again but Bea interrupted him, ‘Three hundred to six hundred’ she said, ‘I’m Sorry?’ Mark replied. Bea explained that she was correcting her previous estimate, but she sounded nervous and unsure of herself. The sharks looked doubtful, Bea was falling apart, and it was time for the business moguls to move in for the kill.

Robert Herjavec told Bea that the numbers didn’t add up. He had calculated that she would be making at least $65,000 in the current year, based on the numbers she had provided in the tank. Mark Cuban agreed with Robert, asserting that Bea was lost when it came to the clear financial management of her own business.

Bea looked lost, she had entered the tank looking smooth and polished, but now her confidence wilted under a combined attack from the sharks. They dropped out one by one, all concerned at the entrepreneurs confused knowledge of her own key performance indicators, customer retention rates and sales projections. Barbara Corcoran had a few words of comfort for Bea, calling the concept of the business ‘Noble’, but the tide of rejection kept on rolling.

Kevin O’Leary was last to reject the Pretty Padded Room businesswoman. He asserted that other applicants should learn from ‘The blood in the water’ that Bea had provided by not knowing her numbers. He lambasted her for entering the tank unprepared, but Bea took the comments well, clearly not too surprised by Kevin’s rejection.

The unsuccessful entrepreneur almost seemed happier, now that the pressure was off of her. She thanked the sharks for their time and left the tank. ‘Good luck’ offered Daymond. ‘She’s smart, she’ll figure it out’ said Barbara, but she sounded more hopeful than convinced.

Pretty Padded Room Now in 2018 – The After Shark Tank Update

In an interview in 2014 Bea spoke at some length about her Shark Tank appearance, and the effects on her business since the segment had first aired. Although she had received plenty of attention, both positive and negative, since the show, she believed that the final edit had not shown a true reflection of her appearance.

A shark Tank applicant will typically spend at least an hour pitching to the sharks, in a segment that is edited down to no more than fifteen minutes, and in the Pretty Padded Room segment there were several moments where key elements of the discussions appear to have been removed completely, although upon viewing it, one is left with the impression that the editors may have been protecting Bea’s public image from the most brutal elements of her appearance.

The Pretty Padded Room business eventually became re-branded into a virtually identical service called ‘In Your Corner’, although that endeavour appears to have fared no better than its predecessor. In April 2016 the business closed, and although the company website thanks its many previous clients from as far afield as ‘Afghanistan to Australia’, it confirms that business operations have now ceased entirely.

In a final bizarre twist, it’s still possible to find Bea Arthur’s website now in 2018, but it only leads to even more dead ends. A smoothly designed and professional looking site, offering her services as a therapist, and a media celebrity. But all forms of contact revert back to the now defunct In Your Corner website, or Bea’s former Twitter account. The Twitter account in question was reported to have over 10,000 followers even before Bea appeared on Shark Tank, although I couldn’t find any actual proof of that. It has about twenty followers now in 2018, and ironically offers philosophical observations and positive therapeutic advice on an hourly basis. It’s in Russian but Google translate adds a magical feel to some of the tweets, I wondered if Bea was behind it. I’m still not sure either way, but I’d like to think she is.

Whatever the wonderful, and slightly mysterious, Bea Arthur is doing now in 2018 is not entirely clear, but it’s unlikely that the World of online therapy has seen the last of the enigmatic and entertaining entrepreneur who was so brutally mauled by the sharks, but I’d like to think that all of us can learn something from the curious Russian philosopher that uses her former Twitter account these days. As the anonymous Plato puts it, after Google translate has done its sterling work, ‘Fake friend is similar to shadow, it with you only on a clear day’. Wise words indeed, and all for free.