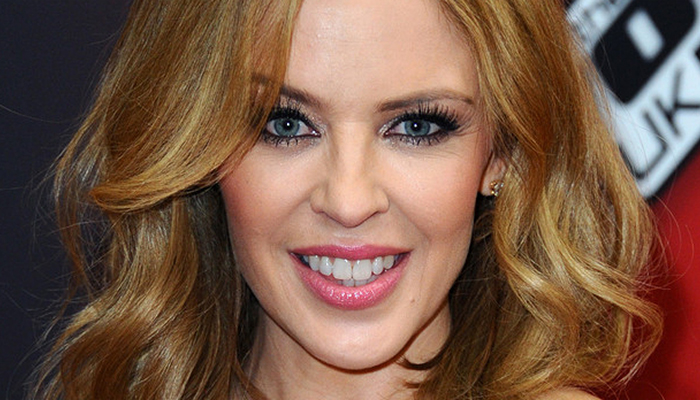 Kylie Minogue is an Australian singer/actress best known for having entered into the show business as Charlene Robinson in the soap opera, Neighbours during the 80’s. A natural performer, Minogue debuted on the small screen as a young child actress alongside her younger sister, Dannii in her native country of Australia when she was in elementary school. After being dropped from a children’s series due to difficulty with her lines, Minogue turned her attention to a career in music. Chasing her newfound dream of becoming a music artist, she produced a demo tape and eventually landed a recording contract with Mushroom Records at the age of nineteenーhowever not before being cast in the daytime drama, Neighbours.

Taking advantage of her rising popularity at the time, Minogue kick-offed her singing career with the single The Locomotion in July 1987. A huge success, the singer later carried on with her recording and released her first studio album entitled Kylie in July 1988. Since then, Minogue has grown to become one of the most critically acclaimed music artists in the country. As of 2015, she has released over forty albums, sixty singles and has also embarked on over a dozen tours around the world. A role model to many, the singer has also accumulated numerous awards throughout the years including sixteen ARIA Music Awards, three BRIT Awards, two NME Awards, two BT Digital Music Awards and a Grammy Award. To date, she has sold over 80 million records worldwide.

Besides having starred on the small screen as a teen actress during the 80’s, Minogue has also appeared in countless television shows over the recent decade. Some of her works during the 2000’s and 2010’s include Sample People (2000), Kath & Kim (2004), Nathan Barley (2005), Doctor Who (2007), Holy Motors (2012), Young & Hungry (2015) and San Andreas (2015). In addition to live-action projects, she has also lent her voice to a number of animated series such as Sprung! The Magic Roundabout (2005), Doogal (2006) and Asdfmovie8 (2014). In 2014, she also acted as a coach in the popular singing competition, The Voice. For her work as an actress, she has also garnered a handful of awards including two Logie Awards for “Most Popular Actress” and a MTV Movie Award for “Best Cameo”, amongst several other nominations.

But what has the multitalented blonde beauty been up to as of now? Has she been busy recording or filming these past years? What happened to Kylie Minogue? Where is she now in 2018? 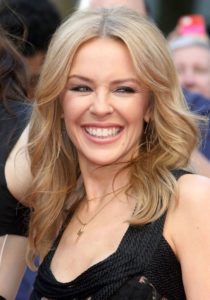 Born on May 28, 1968 in Melbourne, Victoria, Kylie Ann Minogue is the daughter of Carol Ann Jones and Ronald Charles Minogue. She is of Irish, Australian and British descent. She has two younger siblings, a brother named Brendan and a sister named Dannii. Growing up, Minogue moved frequently with her family to various suburbs in Melbourne, a fact which she’d later recall to be “unsettling” as a young girl. At the age of thirteen, she relocated once again with her parents to South Oakleigh. Following the move, Minogue went to Studfield Primary School for a couple of years before transferring to Camberwell Primary School. As a teen, Minogue attended Camberwell High School in Canterbury where she described herself to be an “average student”.

Prior to her teenage years, Minogue appeared as a child actress in a number of Australian television shows with her sister Dannii. At the age of seventeen, she was cast as a female protagonist in the series, The Henderson Kids. However despite having been given the role, she would eventually be dropped after recurrent episodes of not being able to remember the given lines. Wanting to pursue a music career instead at that point, Minogue later recorded a demo tape and submitted it to the music producers of Young Talent Time, a weekly music programming. During that time, she would also land a main role in the Australian soap opera, Neighbours in 1986.

Considered to be her breakthrough in the show business, her portrayal of Charlene Robinson in Neighbours was significant in helping to boost her popularity and fame during the 80’s. Written by Reg Watson, the show revolved around the lives of those who lived in a fictional neighbourhood at Ramsay Street in Erinsborough. It it, Minogue played the role of a tomboy mechanic who first made her appearance during the series’ second year of running. After starring on the show for two years, Minogue later departed in order to concentrate on her music recording. A commercial success in Australia, Neighbours continues to air to this date after a stunning 7400 episodes. 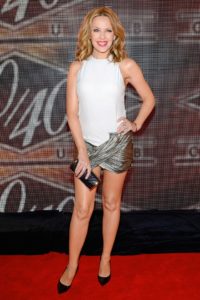 Persevering towards her goal of becoming a recording artist, Minogue eventually signed a music contract with Mushroom Records in 1987 at the age of nineteen. Later that same year, she released her first professional single entitled The Locomotion. Critically acclaimed upon its release that July, the song debuted at a staggering number two on the singles chart in the UKーa spot in which it remained at for a period of four weeks. The success of the single would ultimately go on to earn her a record deal with PWL Records, with whom she’d release her debut album with the following year.

Under the new label, Minogue released her debut studio album in July 1988. Entitled Kylie, the album consisted of ten tracks, most of which featured the dance-pop genre with bits of bubblegum pop influence. Despite having received mixed reviews from critics upon its release, Kylie opened at number two in the UK and eventually climbed to the top spot during its seventh week. An eventual worldwide hit, the album also peaked at number one in a handful of other countries including Japan and New Zealand. Since its initial release, Kylie has sold over 7,000,000 units across the globe and has been certified 7x Platinum in the UK.

Rising in prominence, the singer released her second studio album Enjoy Yourself in October 1989. Noted to be very similar in style compared to her debut work, the album included ten tracks, all of which were produced by Pete Waterman, Matt Aitken and Mike Stock. Met with mixed reviews, the album debuted at number one on the UK Albums Chart and later also climbed to be in the top five in four other countries. Recorded over a period of five months, Enjoy Yourself spawned four singlesーincluding the hits Hand on Your Heart, Wouldn’t Change a Thing, Tears on My Pillow and Never Too Late. In order to promote the album, Minogue also embarked on her very first world tour which had her performing in various cities around the world including Asia, Britain and her native Australia. 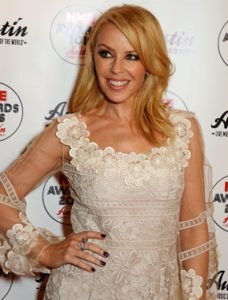 Carrying on with her music, Minogue released her third studio album entitled, Rhythm of Love in November 1990. Featuring new producers on the team, the album was complimented by many to be one of her best works and soon became a success on the charts. Considered to be a turning point in her career, Rhythm of Love was also her first record to feature more mature and adult sounds. Charting at number nine on the UK Albums Chart and at number ten on the Australian Albums Chart, it was later certified Platinum by the ARIA for having achieved over 70,000 in the country.

Throughout the rest of the 90’s, the Australian singer went on to release three more full-length studio albumsーLet’s Get to It (1991), Kylie Minogue (1994) and Impossible Princess (1997).

At the start of the new millennium, Minogue released her seventh studio album in September 2000. Light Years as it was called, included fourteen tracks with “fresh pop roots” and soon reached number one on the Australian Albums Chart after debuting earlier at number twoーit would be the star’s first number one rated album in Australia. Warmly received by critics upon its release, the album soon sold over 280,000 copies in her home country, earning it 4x Platinum accreditation from the ARIA.

In October 2001, she released her next studio album entitled Fever. As her first album in the United States since Enjoy Yourself back in 1989, it debuted at number three on the US Billboard 200 chart upon its release and made 115,000 sales during the first weekーit remains to be Minogue’s best performing album in the US to date. Similar to her previous works, Fever contained twelve tracks, one of which included Come into My World which would later go on to earn her a Grammy Award for “Best Dance Recording” in 2003. At present, the album has sold over 6,000,000 copies in the world. 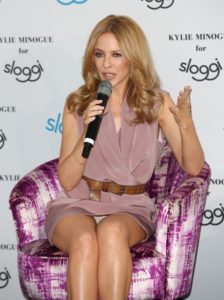 Returning to her acting roots, Minogue made an appearance in the the American music comedy, Galavant earlier this year. First premiered in January 2015, the show stars Joshua Sasse, Timothy Omundson, Vinnie Jones, Mallory Jansen and Karen David, amongst several others in its cast roster. Favourably praised by critics upon its airing on the ABC Network, Galavant continued for two seasons before being cancelled in May 2016. In it, Minogue played the role of “The Queen” in the first episode of the second season.

A year since her last album, the singer has recently teased fans with the announcement of a new duet with fellow music artist, Robbie Williamsーwith whom she’d previously worked with on the 2000’s hit song Kids. While Minogue hasn’t revealed any intimate details about the project, she has told us that the track will be making an appearance on William’s upcoming album under his new recording label, Sony Music. Undoubtedly highly anticipated by fans, the single will be the pair’s first collaboration in sixteen years.

On a more personal level, Minogue has recently announced her engagement to partner Joshua Sasse this past Juneーwhom she’d first met on the set of Galavant. When asked about her wedding plans, Minogue revealed that she is currently pondering on the possibility of returning to her hometown of Melbourne for the ceremony. Not only that, but according to sources her younger sister Dannii will be acting as the maid of honour! Undeniably excited about the forthcoming events in her life, Minogue definitely wasn’t shy about flashing the engagement ring on her finger when she was spotted at the gym last month!

If you’d like to stay up to date with the Australian singer and actress, you can do so by following Kylie Minogue on social mediaーyou can find the star on Twitter (@kylieminogue) or on Instagram (@kylieminogue). You can also visit her official website and Facebook news for her latest news!