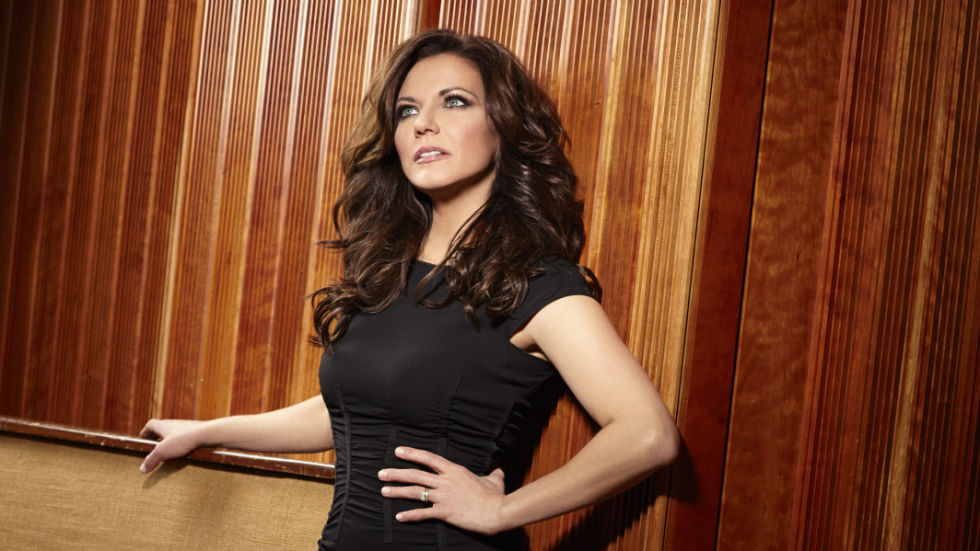 Known for her stunning soprano range, Nashville-born Martina McBride is considered to be one of the most celebrated country singers of all time. A natural singer ever since she was a child, McBride made her musical debut at the age of twenty six with her album, The Time Has Come. Rising in popularity through the 1990’s, some of her early records include The Way That I Am (1993), Wild Angels (1995), Evolution (1997), White Christmas (1998) and Emotion (1999), amongst several others. Having received recognition for her vocal talents, five of her singles during that period would then go on to top the country music charts at the number one spot. Continuing to perform throughout the next two decades, McBride has since released over a dozen recordsーeight of which have been certified gold or higher by the RIAA. In support of her albums, the singer has also embarked on a series of tours since the early 2000’sーher latest being that of the Everlasting Tour which took place in 2014.

Highly regarded in the country music industry, McBride has won numerous awards for her singingーincluding five Country Music Association Awards, two Flameworthy Awards, three Academy of Country Music Awards, two ASCAP Awards, amongst a handful of others; in fact, she is currently tied with fellow country music artist, Reba McEntire for having the second-most wins of the Country Music Association award for “Female Vocalist of the Year.” A 14-time Grammy Award nominee, McBride also has over fifty award nominations under her belt including ones for the BillBoard Music Award, Teen Choice Awards, and a CMT Video Award. To date, McBride is estimated to have sold over 14 million records across the United States aloneーquite the feat!

Besides her work with music, McBride has also guest starred on a number of well-known television talk shows over the years including, Late Night with Conan O’Brien (2007), The Late Late Show with Craig Ferguson (2009), Ellen: The Ellen Degeneres Show (2009), The Oprah Winfrey Show (2009), Larry King Live (2009) and various others. The country singer has even made two brief appearances behind the camera as an actress in the series, Baywatch (1994) and Sesame Street (2004).

But what has the American country music singer-songwriter been up to recently? Where has her endeavours brought her? What happened to Martina McBride? Where is she now in 2018? 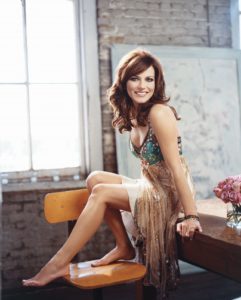 Born on July 29, 1966 in Sharon, Kansas, Martina Mariea Schiff is the daughter of parents, Daryl and Jeanne Schiff. Growing up in the countryside, McBride was raised in a dairy farm along with her sister and two brothers. Exposed to country music early on during her childhood partly due to the fact that her father was a farmer, McBride would later find her passion in the country tunes. Having listened to many of the popular artists at the time such as Linda Ronstadt and Reba McEntire, she owned many of their records and was known to have sang along with them in her free time after school. When she was eight years old, she joined her father’s band which was called, “The Schiffers” alongside other members of her family, performing local gigs around their tight-knit town. As the years went by, McBride eventually took over the duties of being the group’s keyboardist as well as the singer.

As a teen, McBride went to a small local high school in her town where she later graduated from with nine other students. Having always been an A’s student, she enrolled at a nearby college after her high school graduationーone which she’d had been offered a scholarship to. However despite this, she would ultimately drop out of her classes after a single semester to pursue a career in music. Looking to chase after her newly found dream, McBride joined a local rock back known as, “The Wichita” and continued to perform with them until the late 80’s. In 1987, she eventually met John McBride, a sound-engineer from which she had rented rehearsal space from for her groupーhaven fallen for each other, the two later married the following year.

Wanting to seek more opportunities in music, the couple relocated to Nashville shortly after their wedding in 1990. While her husband soon found work as a crew member of country pop singer, Garth Brook’s staff, McBride took on a variety of odd jobs including selling T-shirts at Brook’s concerts. After receiving some motivation from Brook, she recorded a demo tape with her husband and sent it off to various recording labelsーshe eventually landed a recording deal with RCA Nashville Records at the age of twenty five in 1991. 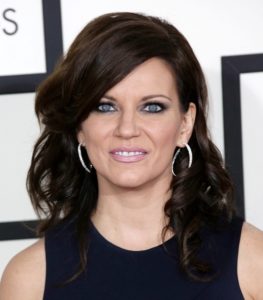 Following her perseverance, McBride released her first studio album entitled, The Time Has Come in 1992. Produced by Ed Seay and Paul Worley, the record consisted of ten tracksーmany of which were written by fellow country music artists. Released on May 12 of that year, the album eventually peaked at number fifteen on the Billboard Top Heatseekers Chart and number forty-nine on the Billboard Top Country Albums Chart; over the border, it also did fairly well having ranked number twenty-one on the RPM Country Albums Chart in Canada. Met with generally positive reviews upon its release, The Time Has Come spawned three singlesーThe Time Has Come, That’s Me and Cheap Whiskey.

The singer released her second studio album on September 14, 1993. Entitled, The Way That I Am, the album was composed of ten tracks (four bonus songs in the international version), including a cover of Gretchen Peter’s My Baby Loves Me (Just the Way That I Am). A breakthrough hit for the artist who was still struggling to rise in popularity at the time, the album climbed up to the number fourteenth spot on the Billboard Top Country Albums Chart in the United States and to number eighth spot in the RPM Country Albums Chart in Canada. A huge success compared to her previous album, the record played a significant role in helping to boost her musical career during the 90’s. The Way That I Am would later spawn three singles, one of which would later peak at the number two spot in the U.S. Music Charts.

After performing several songs from the album at the 37th Annual Grammy Ceremony, McBride went back to recording and eventually released her third studio album, Wild Angels on September 26, 1995. Following the success of her second record, the album peaked at number seventeen on the Billboard Top Country Albums Chart and at number four in the Canadian RPM Country Albums Chart that year. Within a year of its release, Wild Angels sold over 500,000 copies and was certified gold by the RIAA in February 1996; it later achieved platinum status three years later after having sold more than a million units across the country. Having received generally positive reception from critics, the album led to the release of five singlesーone of which soon became her first song to top the Hot Country Songs Chart.

Carrying on with her singing career, McBride released her fourth album called, Evolution on August 26, 1997. Comprised of fourteen different songs, the record included many major hits such as A Broken Wing, Valentine and Happy Girl. Having peaked at the number four position on the Billboard Top Country Albums Chart and at the number twenty fourth spot on the U.S. Billboard 200 Chart, Evolution eventually received gold certification status from the RIAA within four months in December 1997; since then, the album has received triple platinum certification, having sold over 3,000,000 copies worldwide. In 1999, Evolution also won McBride a Country Music Association Award for “Female Vocalist of the Year.” 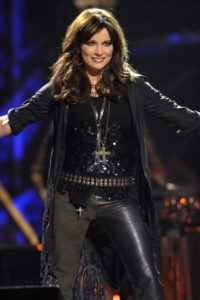 Shortly after the release of her first compilation album in 2001, McBride recorded and released her seventh self-entitled album, Martina in September 2003. Known for its themes surrounding womanhood, it would be the country singer’s first record to have reached the top of the Billboard Top Country Albums Chart; it also performed well on the U.S. Billboard 200 Chart having peaked at the number seventh spot. Praised for its originality and vocals, Martina later gave rise to four singlesーThis One’s for the Girls, In My Daughter’s Eyes, How Far and God’s Will. A commercial success, the album was given gold certification in November 2003; it has since been certified double platinum in 2006. That same year, Mcbride would also receive her fourth Country Music Association award for “Female Vocalist of the Year.”

Throughout the rest of the 2000’s, McBride continued to release a studio album every two years until 2011, after which she would release her twelfth record three years later in 2014. Entitled Everlasting, the album featured twelve tracks, two of which were duets with singers Kelly Clarkson and Gavin DeGraw. In support of the album, McBride embarked on the Everlasting Tour in May 2014ーwhich carried on for a total of 71 shows , before ending in Chattanooga, Tennessee in June 2015. 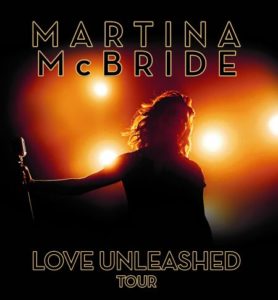 In April of this year, McBride released her thirteenth studio album, Recklessーtwo years after her previous. Produced by Dann Huff and Nathan Chapman, the album consisted of ten tracks and has received generally positive reviews upon its release. After hitting the stores on April 29th, Reckless debuted at number two on the Top Country Albums Chart and number thirty-one on the Billboard 200 Chart in the United States. Hailed for its timelessness, the album went on to sell over 16,000 units during the first week and another 5,000 units in the second week. As of August 2016, it has since sold over 34,000 copies in the country.

More recently just last month, McBride has announced that she will once again be hitting the road for an upcoming fall tour. With the dates for the first leg of “The Love Unleashed Tour”, as it’s called, just released, it seems that the country singer will be busy travelling across the country the next few months to perform for her fans. Scheduled to kick-off this October at the Black River Coliseum in Poplar Bluff, Mo., the tour will be her second this year as she is currently preparing for her “Band Against Cancer Tour” which is set to begin in Dallas, Texas on September 16, 2016.

In partnership with Band Against Cancer and Sarah Cannon, a portion of the proceeds will go towards benefiting individuals battling against cancer through the Sarah Cannon Fund at Leukaemia and Lymphoma Society. According to McBride, one lucky fan and their friend will also get an opportunity to join her up on the stage during the last show in Nashvilleーso you better get your tickets now while they’re still available!

If you’d like to stay connected with the American country music star, you can do so by following her on social mediaーyou can find her on Twitter (@martinamcbride) or on Instagram (@martinamcbride). Don’t forget to check out her official website (martinamcbride.com) for the latest news on her tours as well!