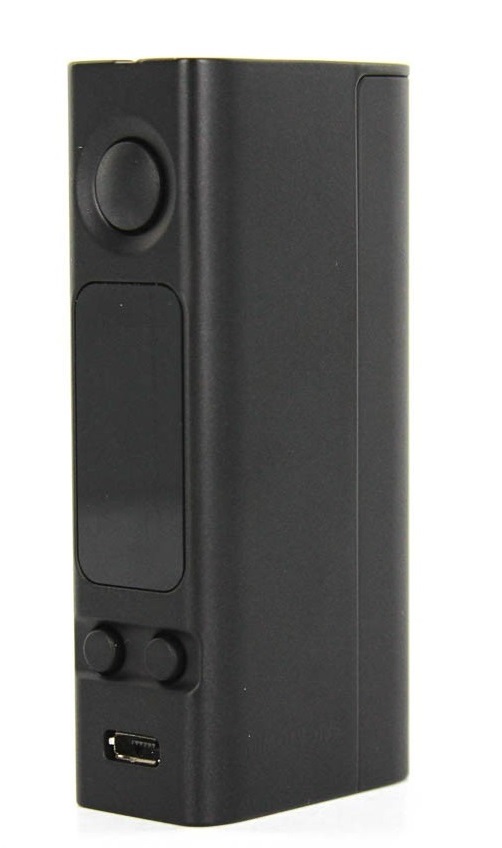 The eVic-VTC Mini is my new personal choice of vaporizer. Hooray, I’ve finally grown up from my outdated iTaste MVP 2 mod!!

The eVic-VTC Mini is now my personal preference of vape, and I have gotten fairly intimate with it. I love it as a new vaporizer box mod, although it has introduced the need to manage my batteries. Read on more to find out about my experience with the eVic-VTC Mini.

You may have already noticed the emphasis on the “mini” in the full title. The eVic-VTC Mini is a powerful little vape that draws on the full power of an 18650 battery to deliver a strong vape. The VTC Mini is equipped with a 510 spring connector, an OLED screen, and two regulatory buttons, all on top of the traditional firing button. The VTC Mini is available in black, blue, white, and  a teal color.

The size of the VTC is really, really underwhelming – with a full Aspire Nautilus tank attached, I can slide this thing into my jeans pocket sideways. The VTC Mini stands only around 6 inches tall, which could theoretically pose a threat for people with bigger hands. Since I have smaller hands with sausage fingers, being able to work with something more appropriate to my size is great.

As previously-mentioned, the VTC Mini relies on an 18650 battery, but does have a micro-USB port in front. There is no passthrough to the battery, so you are not able to charge the battery and vape – you will have to get a separate charger in order to keep your batteries full to vaping potential. However, there is a passthrough mode, so if the 18650 battery is dead or if you do not have one, you can engage the passthrough mode to keep on vaping. This does not deliver as strong as a vape, and the settings for temperature control are restricted when compared to running on the 18650.

The back of the mod is where the battery goes, and there is a very, very sturdy door held in place by magnets that clicks in. There is also a complimentary ribbon that you can pull, which instantly releases the 18650 battery without issue. Swapping batteries in and out feels way better than it honestly should – the magnetizing click and the smoothness of the locked door just feels great.

The VTC Mini is an extremely powerful and versatile little piece of hardware. As mentioned above, there is an OLED screen built into it, which is great for finding any information that you need to know. This screen includes information about your temperature, wattage, coil resistance, and remaining battery. Just below the OLED screens are two regulatory buttons which are used to navigate the screens.

The wattage and temperature can all be controlled, which is great – this basically means you can control the heat of your vapor, as well as the amount of vapor generated. Since I have now switched to using a rebuildable dripper atomizer (RDA), my OLED screen actually does not read any information about the coil since there is no resistance. However, I found that the coil meter was actually extremely accurate with my Aspire Nautilus 1.4-ohm coils. The higher the wattage, the more powerful the device will run in a short amount of time, meaning the more vapor will be generated. Play around with these a lot to find the settings that work best for you, but I personally found that around 22.5 watts works perfectly for my RDA.

I love my VTC Mini. I can’t believe I waited more than 2 years to upgrade since my vape experience is now much, much better.