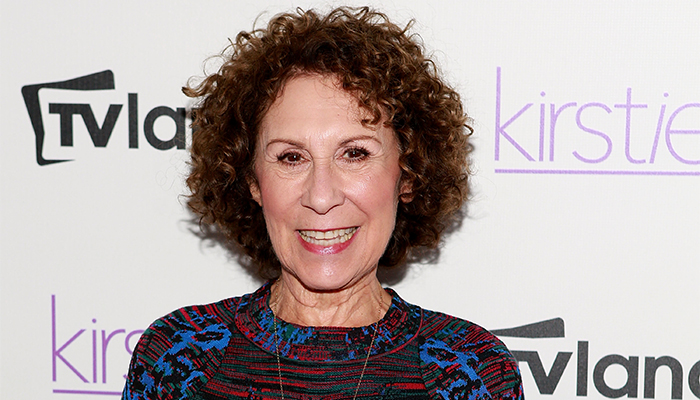 Rhea Perlman is the most well known for her portrayal of Carla Tortelli in the NBC sitcom, Cheers. Having first debuted into the acting industry during the early 70’s, the actress is a veteran with over 40 years of experience under her belt. She landed her first acting role at the age of 24, when she appeared in as an unnamed woman in the short film, Hot Dogs for Gauguin. Following her debut in the movie, Perlman would later go on to appear in a number of television series throughout the 70’s including Selling of Vince D’Angelo (1976), Mary Jane Harper Cried Last Night (1977), Intimate Strangers (1977) and Like Normal People (1979). The aspiring actress got her first recurring role in the American sitcom, Taxi in 1979, in which she played the role of Zena Shermanーit would be one of Perlman’s larger roles prior to her breakthrough in the 80’s.

After having worked as a professional actress for close to ten years, Perlman finally got the breakthrough which she had deserved in 1982, when she was cast as a leading female role in the sitcom, Cheers. Having first debuted on NBC in September 1982, the series revolved around a group of locals who often frequented a small bar called “Cheers” to socialize and drink. In the show, Perlman played the role of Carla Tortelliーa cocktail serving waitress with a reputation for poor customer service. Cheers was met with universal acclaim amongst critics upon its release and eventually rose to become one of the most popular TV shows of all time during its time. It has also garnered numerous awards and nominations including 28 Emmy Award wins and 6 Golden Globe Awards.

After the show’s finale in 1993, Perman went on to star in a number of series throughout the mid and late 90’s; some of her more notable works during that time include To Grandmother’s House We Go (1992), A Place to be Loved (1993), In Spite of Love (1994) and Pearl (1996); the most noteworthy probably being that of the sitcom Pearl, in which the actress’ played the main female protagonist of Pearl Caraldo. In addition to acting, the actress has also lent her voice to a handful of shows including the fan favourite cartoons, Simpsons and What’s New, Scooby-Doo?

But what has the actress of Cheers fame been up to recently? What Happened to Rhea Perlman? Where is she now in 2018? 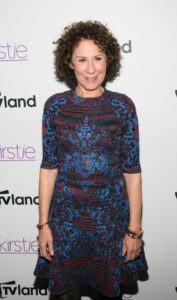 Born on March 31, 1948 in Brooklyn, New York, Rhea Perlman is the daughter of Adele and Phili Perlman, a salesman who sold doll parts. His father had also briefly appeared in Cheers as a cameo. Perlman has a younger sister named Heide Perlman, who currently works as a writer and television producer. Growing up in New York City, Perlman attended Lafayette High School as a teen. As a high school student, she was an active member of the school’s Speaker’s Bureau and was also a part of the chorus. After graduating from high school in 1964, Perlman would later enrol in Hunter College to study drama.

Whilst studying as a student at college, Perlman also participated in various off-Broadway productions including the play, Dracula Sabbat during the early 70’s. To make ends meet, she worked various odd jobs, including dressing up as an eraser at a recycled textbook company and as a waitress at the legendary Rainbow Room restaurant in New York.

Having studied drama at university, Perlman landed her first acting role in 1972 when she was cast as a minor role in the movie, Hot Dogs for Gauguinーit would also be her first film debut. Later that same year, she starred in the production, Up – An Uppity Revue. Wanting to get herself out there in the entertainment industry, the aspiring actress appeared in a number of television films throughout the 70s; some noteworthy works include Stalk the Wild Child (1976), Marry Jane Harper Cried Last Night (977), Intimate Strangers (1977) and Like Normal People (1979).

In 1979, Perlman received her first recurring role in the American sitcom, Taxi; a widely acclaimed NBC series which had garnered 18 Primetime Emmy Awards at the time. In it, she guest starred as character, Zena Shermanーthe girlfriend of one of the show’s protagonists, Louuie De Palma. 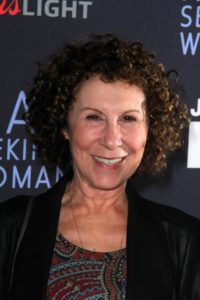 After years of hard work and perseverance as an actress, Perlman ultimately landed her breakthrough role in 1982 when she was cast as a leading role in the American sitcom, Cheers. Having first premiered on television in September 1982, the series centred around a small local bar named “Cheers” and the locals who frequented it to drink and socialize. In it, Perlman portrayed the role of Carla Tortelliーa cocktail serving waitress at the bar, who was known for her less than ideal attitude towards customers. This would be the actress’ first major leading role in a television series; it would also eventually be a series in which she would garner the most recognition for. The series ran for a stunning 270 episodes, spanning over 11 seasons; the last episode of Cheers aired on May 20, 1993.

Despite having nearly been cancelled during its initial season, Cheers soon became one of the most top rated TV shows in the US; the series has been widely syndicated across the globe. Throughout its 11 seasons, it has won a number of awards including 28 Primetime Emmy Awards, six Golden Globe Awards and a Legend Award at the TV Land Awards in 2006; in addition, the show had also garnered a record breaking total of 111 Emmy nominations and 31 Golden Globe nominations. For her portrayal of Carla Tortelli, Perlman also won four Emmy Awards for Outstanding Supporting Actress in a Comedy. 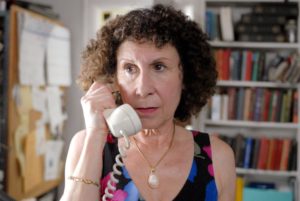 Following her success on Cheers, Perlman continued to star in a variety of television movies and series throughout the 1990’s. Some of the projects which she was involved in during that time include Blossom (1991), Roc (1992), To Grandmother’s House We Go (1992), A Place to be Loved (1993) and All-Star 25th Birthday: Stars and Street Forever (1994). Besides appearing on television, the actress also starred in multiple feature films during that time including Class Act (1992), There Goes the Neighborhood (1992), We’re Back! A Dinosaurs Story (1993) and Canadian Bacon (1995). She also lent her voice to a couple of animated series, including the The Critic (1995) and well known and loved Simpsons (1994).

However her most well known role during the 90’s was probably that of Pearl Caraldo, in the American sitcom Pearl. Having first been broadcasted on CBS in September 1996, the show revolved around Perlman’s character, Pearl Caraldoーa middle aged, former manager at an electronics company who wished to enrol herself in university to achieve greater education; it would also be the actress’ first major return to TV since the end of Cheers back in 1993. Created by Don Reo, Pearl also starred fellow actors Kevin Corrigan, Carol Kane Dash Mihok, Malcolm McDowell and Lucy Liu.

In 2001, the actress landed a supporting role in the CBS drama series, Kate Brasher. Set in the city of Santa Monica, the show revolved around female protagonist Kate Brasherーa single mother of two teenage sons, who eventually goes to work as a social worker due to financial difficulties. In it, Perlman portrayed Abbie Shaeffer, an attorney and a co-worker of Kate. The series also boasted actors Hector Elizondo, Gregory Smith, Mason Gamble and Roger Robinson on its cast. Despite its stellar cast however, Kate Brasher was met with mixed reviews upon its preview in February 2001 and was ultimately cancelled by CBS after six episodes; the last episode aired on April 14, 2001.

Following her time on Kate Brasher, Perlman starred as a guest cast member in a number of shows, some of which include Becker (2001), Karen Sisco (2003), Kevin Hill (2004), Crumbs (2006) and Law & Order: Special Victims Unit (2008). However, the actress would not land another leading role in a television series until 2013; that year, she was cast as Thelma Katz, one of the main characters of the TV Land sitcom, Kirstie. The series follows the life of female protagonist, Madison Banks after her son, Arlo (whom she had given up at birth) unexpectedly comes back into her life one day. The series premiered on December 4, 2013 and lasted 12 episodes; it was eventually cancelled by TV Land a few months afterwards in July 2014 due to low ratings.

In May 2015, Perlman also starred in another television series, a romantic comedy called The Mindy Project in which she the actress portrayed the role of recurring character, Annette Castellanoーthe mother of the show’s main protagonist, Dr. Daniel Castello. The series first premiered on the Fox Network in September 2012, but was later cancelled after three seasons in early May of 2015. However to the delight of fans, the show was then picked up by Hulu that same month; they had since renewed the series for a fourth and fifth season. 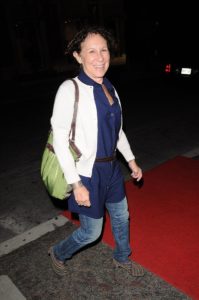 With The Mindy Project back up and running after Hulu’s take over, Perlman has been busy reprising her guest role as Annette Castellano this year.  But surely that hasn’t been taking up all the actress’ time, what has she been up to?

Recently this February, Perlman has joined the rest of her Cheers co-stars in the TV special, Must See TV: An All-Star Tribute to James Burrows. Years since their last reunion, the cast members gathered together recently to celebrate the works of James Burrowsーone of the most, accomplished television directors in the industry. Many other big name celebrities also attended the event, such as the cast of the well known sitcom, Friends, and The Big Bang Theory, to name a couple. With 10 Emmy Awards under his belt, Burrows is best known in the television industry for having directed a number of series including Cheers, Taxi, Frasier and Will & Grace.

The actress of Cheers fame has also recently joined the cast of the CBS sitcom, Mom as a guest star. Set in Napa, California, the series follows the lives of single mother, Christy Plunkett and her mother, Bonnie Plunkett who both work to try to restart their lives after having formerly been addicted to alcohol and drugs. In it, Perlman plays the guest role of Anya, a character which appears in the twelfth episode of the third season. Since its premiere in September 2013, Mom has garnered critical acclaim from critics and has attracted over 11.7 million viewers during its second season. It has also been nominated for the People’s Choice Awards and Critic’s Choice Television Awards during its three season run.