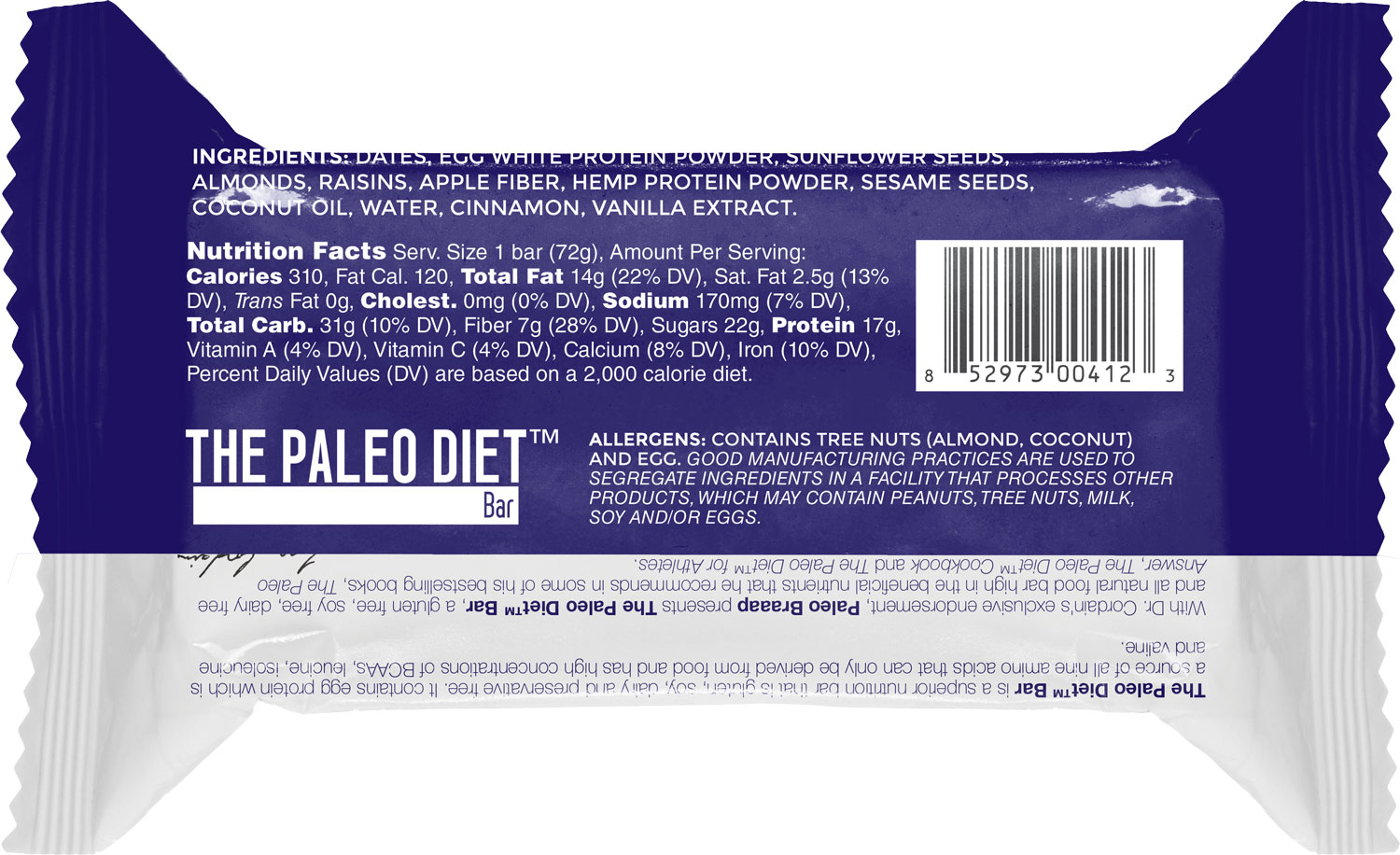 Before appearing on Shark Tank, Shauna Sledge built Paleo Foods Diet up to $135,000 in sales over the course of several years. She did this all while being a full-time mom of three, as well as a fitness instructor and a part-time dental hygienist. Let’s see how she fare on Shark Tank. 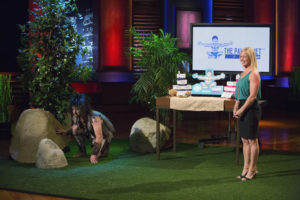 This segment opened up with the Paleo Foods Diet’s audition tape. Shawna Sledge introduced herself, and the camera panned out on her family. She explained that she has three kids, a part-time gig as a dental hygienist, a side job as a fitness instructor, as well as her business. This business was inspired by her desire to be healthy and fit. She promotes the Paleo Diet, which consists of eating lean protein, and avoiding dairy and starchy foods like potatoes, as well as processed foods. The video showcased Shawna as a healthy person but did not go into what she was selling, exactly.

Shawna walked out on the stage and into the Shark Tank. She brought an interesting friend with her, which made Lori gasp, and Mark Cuban mutter under his breath. It was, of course, a cave man. The cave man ran onto the stage, into an area set for him with rocks and trees. Shauna introduced herself as an entrepreneur from Colorado. She called her business The Paleo Diet Foods and asked the Sharks for $150,000 for a 20% equity stake in her company.

Shauna told the Sharks that they needed a change “in their roots,” and to do so they needed to do a little time traveling. She indicated her caveman friend and said that he was foraging for fruits and berries. Us modern humans do the same, but instead of the basics, we are just trying to locate food without weird chemical names. Shauna then introduced the Paleo Diet Bar, which includes nine amino acids and 17 grams of protein. She went on to explain that the bar is free of gluten, dairy, and soy. She said that eating a Paleo diet doesn’t have to push you back into the Stone Age. The Paleo Foods Diet Bar is an easy and convenient solution on the go. The cave man grabs a bar as the Sharks laughed. Shauna stated that each bar is packed with all natural and raw ingredients that even the caveman could recognize. The founder of the Paleolithic movement, Dr. Loren Cordien, has endorsed Paleo Foods Diet bars. And it’s the one one that has ever been approved on such a high level.

Shauna asked who would like to try a bar, and they all shouted that they would. Mark said that what he is interested in learning is whether cavemen had to wear wedding rings as well. Shauna laughed, and stated that she didn’t know that information, she only knows that one particular caveman. Lori asked if he was her husband, and Shauna confirmed that he is. Shauna took a tray and handed out a bar to each Shark. Lori took hers and inquired if there are nuts in the bar. Shauna said that there are, but tree nuts only. She did not include peanuts because peanuts are not listed in the Paleo diet.

Robert told Shauna that the Paleo Diet Food bars taste great. As Shauna thanked him, he said that most of the protein bars that he consumes don’t taste as good. Shauna informed him that the bars contain egg white protein. Mark Cuban asked why there were so many grams of sugar in the protein bars. Shauna explained that the sugar was from natural sources such as fruit. The fat and protein in the bar balanced the effect of the natural sugars. Robert asked her what was in the bar that he was eating. Shauna told him that it was raisins, oranges, cranberries, almonds, sunflower seeds and egg white protein. Robert looked surprised and said that it was still good.

Shauna asked if they had already heard about the Paleo diet. They told her to tell them about it. Kevin told her that she looked fit, and asked her if she was on the Paleo diet. She confirmed that she was, in addition to being a fitness instructor. She told that that her interest in fitness and health is what lead her to found her company. As the Sharks chewed on their bars, Shauna explained the Paleo diet to them. She said that it is a lifestyle change where the dieter transitions into cutting out sugar and processed foods, as well as potatoes, dairy, and grains. Robert said, “So basically you eat like a caveman.” “Cavewoman,” Shauna corrected him.

Robert called her buff, and Mark asked her how many hours a week she dedicated to the fitness instruction. Shauna said that she only teaches for an hour now. She lightened her schedule because of her kids and her budding business. The Sharks looked shocked and asked her how she got into the business with so little time. Shauna told them that she met the creator of the Paleo diet during her 9-5 as a dental hygienist. She said that when she go the idea for the bar, she called Dr. Cordein. She asked him if he would be ok with her using the Paleo name. Robert interjected, asking if she was able to license it from him. She said yes, and told the Sharks that he owns 5% of the company, and gets 10% royalties. Mark jokingly stated that his name was Kevin. Mr. Wonderful laughed and said he would like to be the doctor.

Shauna said that they had started manufacturing the bars, and got them into their local marketplaces in Colorado. They were mostly at health food stores such as whole foods. Robert asked her if she has any sales. Shauna told him that the total sales are $135,000. Lori asked if she was just in whole foods, and Shauna told her that the bars were in 350 retail stores. Robert asked her why she wasn’t in many Whole Foods stores, and Shauna protested that they were. She said that she needed the Sharks to bring on a broker to handle the distribution side. She was struggling to make her Paleo Foods Diet company work on a shoestring budget.

Daymond asked her what it costs to make a bar, as well as the retail cost. Shauna said that the total cost per bar is $1.09, and she sells each bar for $2.99 each. The Sharks grumbled a bit and told her that it seemed weak. Shauna said that’s another reason why she needed the Sharks, to help her speak with buyers to get her costs down. Robert then asked her how she was doing with online sales. She said that her online sales were $45,000 or so.

Lori stated that she thought Shauna had an incredible energy about her, but she just wasn’t a fan of the taste of the Paleo Foods Diet bar. Shauna attempted to interrupt her, but Lori said that she must go out. Shauna looked disappointed but nodded. She stated that she could experiment more with the taste once they grow a little more, and get more working capital.

Robert said that he did like the taste of the bar, but he has some other concerns. Robert asked her if the business was her full-time job. Shauna said that she only sees her dental patients on Thursday afternoons, and dedicates the rest of the time to Paleo Foods Diet business. Mark asked her when she has time to teach her classes, and she said that she does that early in the mornings. She starts her day at 4 AM. Shauna told the Sharks that she needs help, and Mark told her that she was stating the obvious.

Daymond told her that she was spreading herself too thin. He did understand, however, that she needed time to learn how to balance everything. Shauna looked close to tears as she asked them not to give up on her. She knew that they had all been in similar situations. She said that she had the determination to stick with it because the Paleo Diet founder believes in her, and is being courted by different companies. She said that she wouldn’t stop if she weren’t funded, but acknowledged that it would make it a lot harder.

Kevin stated that he has been watching Shauna and her energy. He called her a supernova that was exploding in every possible direction. He said that she needed to have a focus because being scattered was wrong in business. He told her that the online market would be better to peruse since she would not have to worry about wholesale costs. She already has the brand name behind her which should increase her SEO. Kevin told her that she needed a Shark that would harness her energy, but it would not be him. He went out.

Robert told her that his issue is that she doesn’t do enough, and Shauna laughed. He told her that with all her commitments, she was not spending enough time on her business. Anytime she spend time on one thing; she is making a choice not to do another. He advised her that she should be great at one thing instead of trying to be great at everything. He went out. Shauna looked close to tears again.

Daymond was up next. He told her he didn’t doubt her commitment to making it work. He told her that she made her pitch two scattered, and he did not have the time to pick up the pieces. He went out. Mark was the only one left. She appealed to him, letting him know that she was willing to give up her fitness instruction and dental hygienist job to pursue the company full-time. Mark said that he was a big believer in the Paleo diet, and he had funded other things that were a part of it. He expressed his disappointment that she didn’t have more sales considering Dr. Cordein himself had endorsed her company. He said that he didn’t like the bar, and did not want to spend the energy reformulating the product. He was the last to go out. Shauna looked heartbroken as she walked off the stage. She reconfirmed that she will never give up on Paleo Foods Diet.

Paleo Foods Diet Now in 2018 – The After Shark Tank Update 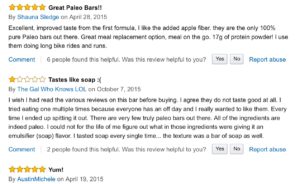 It seems like this product is not very popular on Amazon. Most of the reviews I have seen are 3 stars or lower, citing the taste and the texture as the issues.  Hilariously enough, it looks like Shauna Sledge herself posted one of the five-star comments, posing as an actual customer. Sadly, it seems that Dr. Loren Cordien no longer endorses the product. There is no mention of it on his site.