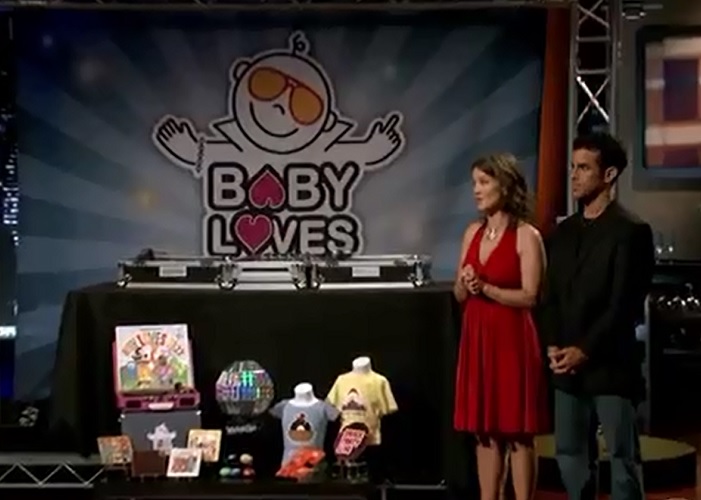 Heather Murphy from Philadelphia was a mom and a dancer who loved her job as much as she loved spending time with her kids, but Heather had an entrepreneurial streak tucked away inside her, and after meeting fellow parent Andy Herwitz whilst they were both waiting for their young kids to finish school, the pair hatched an original business idea that would allow Heather to spend time with kids, dance and run her own business, all at the same time.

Andy, a father to three young buys of his own, was a successful lawyer, but he yearned to break away from his corporate career and start a business of his own. He and Heather came up with the idea for Baby Loves Disco between them, it would be a community based dance party, but for a very special clientèle, young children aged up to ten. The pair envisaged using nightclubs during daylight hours, after they had been thoroughly cleaned of course, and providing some good family fun for the whole family, with bars for parents who didn’t have to drive.

They launched the Baby Loves Disco business in 2005, initially providing specialized parties for kids in their home city of Philadelphia, and the business grew steadily. By 2012 the business model had been successfully moved to twenty-three other cities, where parties were held on a scheduled basis.

In late 2012 the pair were seeking additional funding in order to scale their business up and achieve full nationwide coverage. By co-incidence, the Baby Loves Disco business came to the attention of Shark Tank producers at the same time, and Andy and Heather were approached by them and invited to appear on the show.

It was March 2013 when Heather and Andy eventually came into the Shark Tank. They introduced themselves and announced that they were seeking a $150,000 investment in exchange for 10% equity in the Baby Loves Disco business.

Heather began the pitch by telling the sharks that the business provided customized parties, and those parties were fantastic mainly because of the unique and enthusiastic party-goers themselves. With that signal the lights dimmed, the music started pumping and the doors opened up for a flood of young dancers who jived into the tank. For a minute or two the sharks were delighted by the sight of the teeny boppers as they grooved away in the Shark Tank, but eventually the kids had to leave and it was back to business.

Now that the Sharks had seen just how much fun the kids had with the Baby Loves Disco experience, Heather elaborated on the service the company provided. It was a family dance party, with real DJ’s, real music and all the usual lights and attractions of a nightclub.

Andy explained that every venue was triple-cleaned before an event took place, to ensure that every location was 100% child-friendly. The Baby Loves Disco experience included bubble-machines, hula-hoops, photo booths and a chill-out zone, and for the parents there was a bar for those lucky enough not to be designated drivers.

Lori Greiner asked how many children attended each event. Heather confirmed that the business consistently attracted at least 350 to every party. Kevin O’Leary inquired what price the duo charged each attendee and Andy told him that the cost to parents was from $10 per head, up to $15 per head, depending on the costs of each individual event, the number of party-goers attending and the amount of sponsorship the pair could gain for the event.

Robert Herjavec inquired how the business advertised its events. Andy revealed that the company spent nothing on traditional advertising, instead relying on word-of-mouth to spread the word about Baby Loves Disco, he explained that the company had an ‘extensive network’ of moms who were prepared to help the business grow after going to parties themselves.

Robert asked what profits had been made in the seven years since the company was launched, Heather revealed that the business had grossed $2,800,000 in seven years, $2 million of which had been achieved in only the last two years. Those figures impressed all the sharks but when Mark Cuban inquired about profits from the current year Heather reluctantly told him that they were projecting profits of only $500,000. She explained that the she and Andy had been building the brand and expanding their party service into 23 different cities, and the added costs incurred had reduced their profits significantly.

The sharks looked dubious about Heather’s explanation, but they looked even more concerned when she told them that the sponsorship the company had received amounted to over $400,000 that year. Mark Cuban quickly verified that the current years profits of $500,000 included the sponsorship deal, Andy admitted it did and told Mark that he and Heather had to walk a fine line between sales and sponsorship in order to be profitable.

Robert Herjavec began the cross-examination, he asked how much profit was made from each event. Andy began a complicated explanation of the overheads and costs involved in each party but Mark cut him short, accusing him of ‘Dancing around the question’. Eventually Heather admitted that the business made between $1,500 and $3,000 per event, and the sharks looked amazed that the profits were so low.

The Sharks threw questions at the pair thick and fast, all centered around the amount of sponsorship generated from each event. Andy attempted to explain that achieving an annual figure of $300,000 in sponsorship was ‘easy’, but Kevin was quick to share his belief that relying on an uncertain income stream was a terrible strategy, and his fellow sharks were clearly in agreement with him on that point.

The grilling continued for Heather and Andy, with the sharks berating them for depending on sponsorship to maintain profitability. Andy looked to be under great pressure as he unwisely admitted at one stage ‘We don’t really know where we are going’, but the sharks by now clearly knew exactly where the pair would be going next, and that was out of the tank without a deal.

Mark Cuban thought the main concept of the business was a good one, he expressed his belief that the pitch had been fairly impressive, until the Baby Loves Disco duo had revealed their dependence on sponsorship to remain profitable. Mark felt that the pair had ‘Polluted’ their strategy with a wealth of expensive and confusing additions such as merchandising and sponsorship, and with that, Mark dropped out of the negotiations.

Daymond John looked equally unimpressed with the strategy of the entrepreneurs. He didn’t understand how they planned to make the business grow, and thought that depending on sponsorship in order to make a profit was not going to be successful in the long-term. For those reasons, Daymond followed Mark’s lead and dropped out too.

Kevin O’Leary was his typical outspoken self when he rejected the Baby Loves Disco business, he wondered aloud how the business could ever make any real money, and suggested that the business would never be a success with Andy and Heather’s confused business strategy. Having made his feelings perfectly clear, Kevin was out.

Lori Greiner was no more positive to the pair, she felt that Baby Loves Disco had no business model, and no real clear strategy for expanding the business, and with that simple explanation, Lori was out too.

Robert Herjavec was the last Shark involved but he didn’t dance around his feelings about the business. He had the same concerns as his fellow sharks about the long-term viability of a business that relied on sponsorship so heavily. Robert was out, leaving Andy and Heather without a deal in the tank.

The Baby Loves Disco duo thanked the sharks and left the tank. As the pair were walking out Lori expressed her belief that Andy and Heather were not sales people, Mark Cuban stated that he found the whole business strategy ‘confusing’, but Kevin O’Leary had the last brutal word. ‘Why are we still talking about this, what’s the point?’ he asked his fellow sharks rhetorically, before concluding with ‘It’s over, we never have to listen to that again’.

Baby Loves Disco Now in 2018 – The After Shark Tank Update

Immediately after their segment Andy and Heather expressed disappointment that they had not secured a deal in the tank, but assured viewers that they were survivors, and would continue in their mission to get children across the World enjoying the Baby Loves Disco experience. Andy admitted that the Shark Tank had been a humbling experience, but also added, somewhat cryptically, that getting your ‘butt kicked’ on national TV could sometimes be a good thing.

A few days after the segment first aired Andy and Heather posted their side of the story on the Baby Loves Disco Website, in an entry entitled ‘Eaten by Sharks?’. They were keen to point out that they hadn’t applied to be on the show, and claimed to have never heard of it before ABC producers had contacted them, which seems surprising considering their entrepreneurial ambitions.

The duo also appeared to have taken the bashing they took from the Sharks slightly personally, expressing surprise at how aggressive they had been once filming had started, and assuring visitors to their website that Heather had ‘Ruled’ each of the sharks individually, and even intimidated them, but clever editing had somehow removed all trace of that unlikely sounding scenario.

Although the Sharks didn’t want to Dance with Andy and Heather, the business has grown steadily and consistently in the three years since the segment first aired, and the company has also made a few significant advances into a whole new market. In 2015 the Baby Loves Disco business model was successfully exported to the UK and Japan, and although it is early days for the new branches of the business, the idea seems to be slowly catching on in its new locations.

In May 2016 the UK franchise of the business held a featured event at the Brighton Fringe Festival, and also managed to attract local resident, and former international DJ Fat Boy Slim, who played a set that included his hit tune ‘Eat, Sleep, Rave, Repeat’, although hopefully his young audience, composed of one to five year old kids, didn’t take that as a set of instructions.

Quite how much further Baby Loves Disco will be able to grow as a business cannot be determined at the current time, although it’s clear that the company has achieved a far greater amount of success than the sharks believed it would. For Andy and Heather, they can continue providing a safe, enjoyable event to kids in the future, even if the company doesn’t become a huge success financially. Whatever profits they manage to achieve, with or without the added benefits of corporate sponsorship, they will be dancing all the way to the bank.