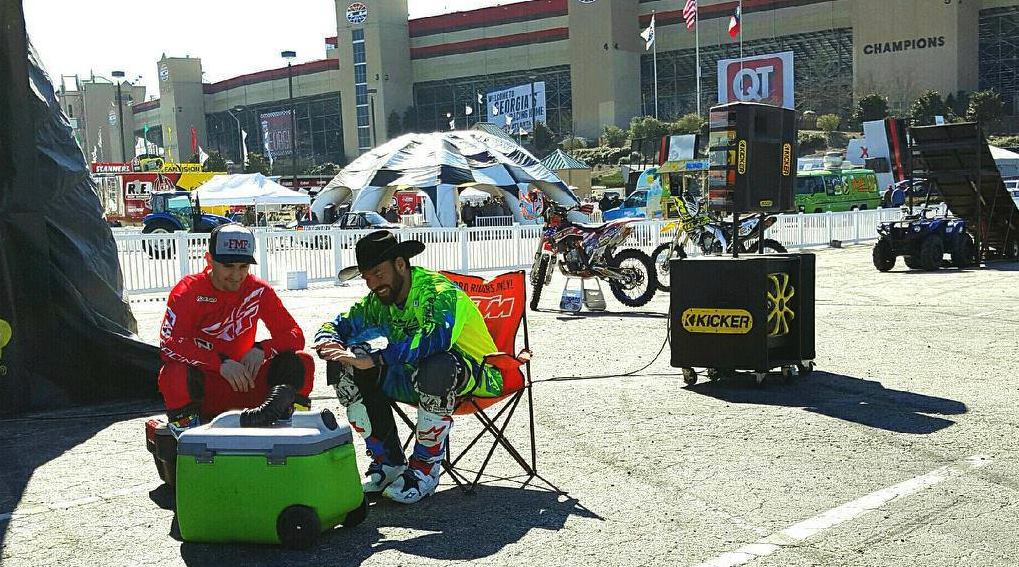 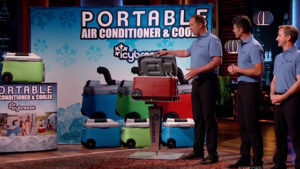 Dave Yonce got the idea for his air conditioner/ cooler will on a terribly hot camping trip with his kids. Will the Sharks bite on the Icy Breeze, despite it’s high price point? Let’s take a look.

Three men in light blue shirts entered the Tank and faced the Sharks. Jason Shackleford introduced himself first as Vice President of Sales and Marketing for IcyBreeze. Andrew Jenkins, the Ceo was next, follows by the creator, Dave Yonce. They asked for a $50,000 investment in exchange for 5% equity in IcyBreeze. Jason stated that Icy Breeze, which looked like a cooler with a hose on top, would make it, so people never have to be uncomfortably hot. The trio introduced the Icy Breeze and a combination cooler and air conditioner all rolled into one. The best part about the Icy Breeze is its portability. Mark Cuban laughed, looking interested.

Dave said that air conditioning is not just for indoor use. Their product would allow people to take air conditioning outdoors. Jason explained the process. The ice water that naturally forms at the bottom of the machine is pumped into a brass radiator in the lid, which is cooled by the water. The fan in the back section of the cover pulls the air out into the flexible hose. The resulting air is up to 35 degrees below the outside temperature. Dave let the Sharks know that the Icy Breeze is also wireless, which, in my opinion, is key. You don’t want to have to try and look around for a plug at the beach or sporting event you are bringing this to. The rechargeable battery in the lid provides hours of outside air conditioning.

Jason claimed that the applications are endless, although the analogy he used was essentially baseball, and also baseball. It was easy to see his point, though. If it functioned as advertised, it would be very useful for outdoor craft fairs where I am a vendor. Kevin asked if the Icy Breeze melted the ice inside faster as it pushed hot air cycled from outside against it. Dave said that it did melt the ice faster, but you can fix that problem by using a bigger chunk of ice. Robert asked how much the retail cost is. Dave informed the Sharks that they sell it for $349. The Sharks seemed taken aback by that price. Robert sarcastically asked the men if that was it, but Dave informed him that you couldn’t put a price on comfort. I suppose that’s technically accurate, but I’m not sure it would be worth the money at that price unless you secretly lived outdoors. Robert laughed and let him know that he did, in fact, put a price on comfort, and that price was pretty steep.

Kevin stated that he would just buy a regular cooler for ⅙ of the price, instead of spending another $300 for that “jewel.” Dave asked him when was the last time he’d been in the car without air conditioning. Mark asked the trio how it would handle multiple people in extreme heat. Jason said that he would like to sell an Icy Breeze to every person in that scenario. Robert asked why the Icy breeze costs so much more than a regular cooler. Lori followed up wth how much it cost to make each Icy Breeze. They that the Sharks know that it costs almost $200 to produce one unit of product. Daymond said that wasn’t cool (wink wink), and asked them why it was so expensive. Jason said that the type of battery that they used int the lid was very expensive.

Mark asked how they were selling them with such awful margins. Dave stated that they sold the Icy Breeze primarily online. Lori wanted to know how many they’d already sold. Dave stated 1,700 units. She did not look impressed. That was only $17,000 in profit. Jason told them that they are also in some SAMs Clubs nationwide. Robert asked what their revenue was like the previous year. Andrew said $175,000, but they were projected to make 2.5 million dollars this year. Robert looked stumped.

Kevin, apparently not buying into the Icy Breeze, asked them how much they’ve sunk into the business so far. Dave told the Sharks that they’d spent $5.5, Millon. There was a chorus of shock as the Sharks processed that number. Kevin asked them why it had been so much. Dave said that 5.5 million dollars seemed like a lot of money. Mark let him know that it was a lot money. Robert wanted to know how they had raised that much. Dave said that he put the money in himself, as he is a “serial entrepreneur.” He told the Sharks that he started a software company when he was 12 years old with his brother called Solarwinds. Robert looked impressed and complimented him on it. He asked Jason how he was able to come up with the idea. Jason told him that he was camping one day with his son in 95-degree heat, and he wanted to crawl inside the cooler. He said he thought he could come up with a method of using the cooler as air conditioner, and that exactly what he did. Mark asked him if just thought about not camping in 90-degree weather.

Mark asked Dave why he wanted to come on Shark Tank. Dave answered that it was about finding a strategic partnership, not about the money. Mark and Daymond took exception to this, essentially telling him that he was full of it. Robert asked him why $50,000. It was a fair question. Dave already sunk millions of dollars into it. Dave said that he didn’t want to be offensive by asking for a lot of money while having such a high valuation. He just wanted a strategic partnership. Daymond wondered why he wouldn’t just hire somebody. He said that each Shark on the stage is only as good as the team that they have. Dave stated that it was an option, but the Sharks had the best connections. Mark stated that it made sense. He had funded similar projects without worrying how big the check is, just to prove that he could make it successful. Mark continued, say that once you’ve gotten the check, you lose your motivation to work hard. Mark went out, saying that Dave probably didn’t have the all-consuming drive to make the business successful since he didn’t have to worry about the money.

Robert asked Dave if there was merit to what Mark said, or if he was as driven today as he was before. Dave admitted that he was not as driven, but he had other ways of expressing his passion. He said that all of his businesses have positive cash flow. He stated that the risk is gone from Icy Breeze – which sounded like B.S. Considering their sales figures. Daymond said that he did not have the time to take away from his existing businesses. He insisted that Dave did not need an investment from the Sharks and that he did not have the time to help someone who is already successful. Kevin said that he didn’t think most people would purchase a $400 cooler/air conditioner, and he went out. Dave stated that he wasn’t an outdoorsy person. Kevin stated that he was, he just would rather sleep in a hotel room every night.

Robert spoke up next, but Dave interrupted him. He said that Icy Breeze was the only portable air conditioner option available on the market. Robert shook his head and continued his original statement. He stated that the challenge was that Dave would never have built the cooler for so much money if he didn’t already have a lot of money. He was missing a fundamental perspective of the average person who camped. Dave said that he was just trying to build a great air conditioner and a great cooler. Robert stated that there was no way an average person would pay that kind of money for a cooler on a broad scale. He told Dave to lower his price point, wished him luck, and went out.

Lori said that it was an ingenious solution to the heat, but it’s only good at keeping one person cold. Dave tried to say that he’s seen families using it to cool down 2-3 people. Lori said it’s still too expensive. Jason, the marketing guy, said that people kept buying them left and right, but Lori said it’s still too early to tell. She said that there’s a minuscule percentage of the population that can afford to buy the IcyBreeze, and she went out. Dave looked shocked in his exit interview and said that it was mind boggling that the Sharks were not on board.

Icy Breeze Now in 2018 – The After Shark Tank Update 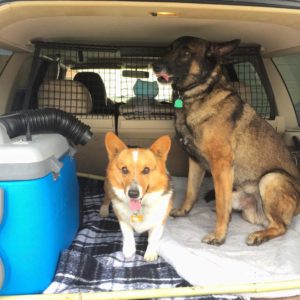 It looks like Icy Breeze is still being sold on their website. They made a cheaper 12V package that was $100 cheaper. The website is up to date, but there hasn’t been anything in their new media portion of the site since 2015. It seems they participated in local events in Oklahoma, such as a Labor Day raft race. Their Facebook page is active, and it looks like they have a store in Bixby Oklahoma. It seems like they are doing well, despite not getting a deal.