Shawn Mendes is an 18 year old with a net worth well over 3 million dollars. This 18 year old became popular after he started posting some of his covers on a popular social media platform, Vine. Some people criticize Mendes saying he only got popular through random chance, and given a different time, he would have never become popular. Clearly, these people have been fooled as Mendes currently tours all around the world, doing shows in Australia, Africa, and all over Europe. It’s safe to say that Mendes has done more in his short 18 years here than most people will do across their entire life. One thing admirable about this 18 year old is that he made his own fame. Both of his parents are people who had no influence over his career. He did it all by himself and that is something that is rare in the music industry nowadays.

How did Shawn Mendes Make His Money and Wealth? 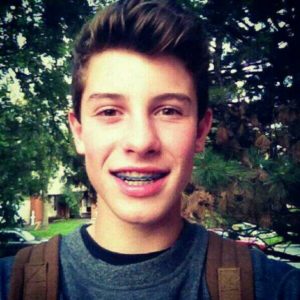 At the age of 15, Shawn Mendes started posting some covers on songs on the social media platform, Vine. Even though you only get a short 30 second video on Vine, it became apparent that people loved Mendes and his short covers. Eventually, his growing popularity on this social media platform attracted the eye of Andrew Gertler from Island Records A&R. In 2013, Mendes was asked to release his first albu.  His first two songs from his new label were Handwritten and Stitches and both quickly rose to the top 10 on the Billboard 100 list in both the United States and Canada. At the age of 15, he was officially the youngest musician to have a hit in the top 25 on the Billboard Hot 100, something a lot of young musicians are very envious of.

His first album, Handwritten, sold about 120,000 copies in its first week of being released. This shot up the album to the top 10 albums of that respective year. Surprisingly, the next week, Mendes’ album only sold 10,000 albums. Some thought Mendes was a fluke and his music would quickly die off along with his name. Mendes managed to remain positive and go on to be named one of the most influential teenagers of 2015. Having released 1 more album that did much better than his first, it is clear that Mendes is here to stay.

In addition to making his money in album sales, Mendes also makes his money through touring the world. Mendes has had 3 tours of his own that went all around the world, and selling out in every venue. He has also been on many other tours with popular artists such as Iggy Azalea, Arianna Grande, and Demi Lovato. It is clear that Mendes’ shot to fame was no fluke and he is indeed here to stay. He recently began a tour that started and North America and is currently in Australia.

The last way that Mendes makes his money is through his sponsors and merchandise sale. Merchandise on his website ranges from $15 to $150, so obviously each sale is significant to his net worth. All of his merchandise is also available at his venues, so the sales from merch definitely adds up to contribute a lot to his net worth. Though he is not a billionaire among the likes of Bill Gates, Mendes is certainly on his way of he makes the proper financial decisions and keeps his popularity with his fan base.

In a recent interview with E! News, Mendes actually confirmed to fans that he is indeed single, and is actually looking for a potential partner, so girls, there is still hope! Mendes also confirmed in the interview that he has a bit of a crush on Emma Watson as he is a die hard Harry Potter fan and would do anything to meet her.

Does Shawn Mendes have kids?

No, Shawn Mendes does not have any kids. He’s still a kid himself!

Where did Shawn Mendes go to College?

Shawn Mendes has not actually gone to college. He did graduate both primary and secondary school in Canada, but since his music career took off, he decided college was not the move for him for now.

How Much Money does Shawn Mendes in 2015?

It is estimated that Shawn Mendes made about $352,000 in 2015. Of that, about $79,000 came from his sponsorships and endorsements, and the rest came from his album earnings.

What are some of Shawn Mendes’ Musical Influences?

Mendes has actually came out and cited Bruno Mars, Ed Sheeran, and Justin Timberlake to be some of his musical influences.

Interestingly, Mendes learned to play guitar (his staple instrument) by watching videos on YouTube. He would soon have one of the most viewed YouTube videos, but that isn’t until much later. He became putting his music out there because of his musical influences and because he really enjoyed it and had nothing to lose by doing so!

Where is Shawn Mendes from?

Shawn Mendes was born in Ontario, to his parents Manuel and Karen Mendes. Interestingly, Mendes was really popular in Canada before the United States audience took notice and began loving his music just as much.

Is Shawn Mendes a typical Teenager?

In many aspects, Shawn Mendes is not the average teenager. Obviously, he goes on tours and does other extravagant things that many of us would have loved to have done. But, he also does a lot of things that we did, except with a lot more press and media. Mendes’ Instagram has him going to his senior prom, working out, and doing other typical things you’d expect from an 18 year old.