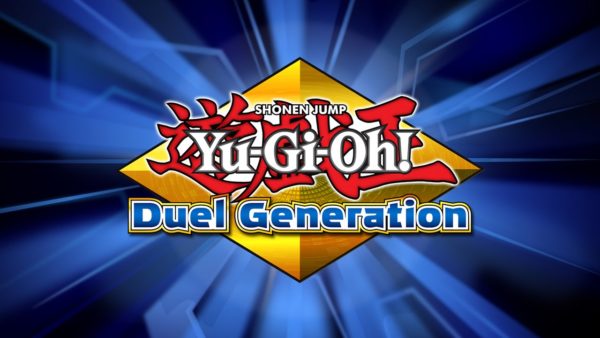 Yu-Gi-Oh, much like Pokemon has been around in one form or another for over a dozen years. Much like many of it’s fans, this game turned cartoon turned game all over again has grown up and gotten into the mobile market. Here, we will take a look at how to dominate Yu-Gi-Oh Generations using tricks, tips, hacks and cheats in 2017!

Tip One: Build Your Deck, With You In Mind

In many articles, you will see plenty of reference to the “Best Decks Ever”, often citing official tournaments of the actual card game in multiple regions. You may notice though, that these Best Decks tend to vary not only year to year, but month to month. So instead of constantly following the trends, it is instead best to analyze what sort of player you are, and tailor your deck to your strategies. If you are someone who enjoys quick actions with plenty of cards being passed around, you may want to consider a “burn” deck. Likewise, if gambling for huge wins or equally huge losses in Life Points, a Psychic/Synchro deck may better suit your likes. Likewise there are hundreds of other potential themes you could center a deck around, and will make the game arguably more fun. At the end of this article, we will cover what has been seen as the best

When first starting Yu-Gi-Oh Generations, doing the campaign is a great way to earn points which can be used to unlock cards. In general, your best bet through a match is to use Heart of the Underdog (as it won’t matter that you will be showing your hand to an AI character) to get as many monsters and traps on field as soon as possible. This will allow you to essentially steam roll an opponent without a large turn delay. Likewise, if you find yourself being outmatched by effect monsters, using your Justi-break traps will wipe the field of non-normal monsters, giving you the advantage back. Both are standard in your starting deck and will afford you the time to get more booster packs and select cards from opponents.

Tip Three: Bluff If You Can’t Back It

When playing against human opponents, there are some factors you have to keep in mind. The first of which is that while this game relies heavily on the strength of your cards, it also is affected by the psychology of the players. Your goal is if you can’t win the match right now, delay until you can. Do this by never having an empty front or back row if you can afford it. Even if you put down what is right now a useless magic card, your opponent can easily assume it’s a trap and be more cautious. Likewise, a face down monster in defense can save you for at least a turn, especially in early game if you haven’t got a good hand or a chain set up from the start. Don’t oversell though; A full back or front row of hidden cards can be all too tempting for players to use what are considered wipe cards to make you totally exposed.

As to be expected, if you’re not willing to shell out real money for packs of cards, it takes a bit of farming to get adequate points for most cards. However, there are a few easy ways to get at least a few hundred points. One method for easy points is going to the first few bosses on the campaign, and playing without setting any trap or spell cards. Doing this can easily net you over 10,000 points in quite a short period of time.

While not explicit points (but instead a way to get to your end goal) another way to gain cards is simply to complete your matches online, even if you lose. While there is always a bigger reward for winning against other players online, mere participation will award you with a card and battle points which can prove quite useful in proving your worth in the game. Lastly, joining the official Facebook page here can prove to be incredibly useful, as powerful cards are regularly given away to fans, sometimes as a result of voting.

This deck could be described as a stall and burn deck, requires no premium cards, and is your best bet at both a free and effective deck against NPC and Human Player alike.
Cards:
Messenger of Peace
Gravity Bind
Level limit B
Wall of revealing light

You will see online a long list of sites offering plenty of free YGO points, infinite cards, and the like. Unfortunately, as far as hacks and cheats go, these are usually scams and will result in you being banned. There is regular server observations and anomalies which would appear (as you are always online) will be flagged and cause you significant problems. As of now, the only way to get a significant edge besides what has already been suggested is buying premium cards, which may or may not be worth it depending on your level of play. If you are curious about which cards are free or premium, you can see the full list here.