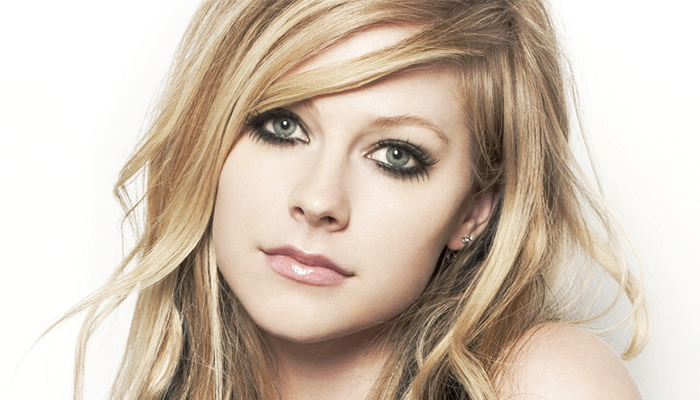 Most people are familiar with the American big names in the music industry such as Beyonce and Madonna but how well versed would an average person be with Canadian singers? How many Canadian artists would you be able to list from the top of your head? Would you be able to name ten? Chances are, that would be a little tough. With so many successful American and English singers in the limelight as of late (just think Taylor Swift and Adele), it almost seems inevitable for some of the Canadian singers in the nation up north to receive less attention.

But don’t get me wrong, there are dozens of talented singers in Canadaーtheir names might just be stored a little further back in our heads, that’s all (Well, besides Justin Bieber)! In fact, there has been a boom of successful Canadian singers who have made it into the international music world in the late 90s-2000s, including the famous Celine Dion, Bryan Adams and Avril Lavigne to name a few. 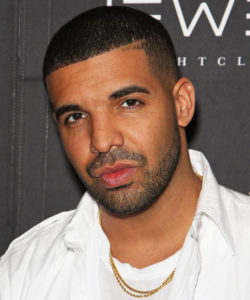 Born on October 24, 1986, in Toronto, Ontario Aubrey “Drake” Graham is a well known Canadian rapper, singer and songwriter. Throughout his musical endeavours, Drake has garnered multiple awards including a Grammy Award, 3 Juno Awards and 6 BET Awards. His first studio album released in 2010 titled, “Thank Me Later” was a huge hit, having debuted on the Billboard 200 Charts at the number one spot. His subsequent releases were no exception; his second album titled, “Take Care” released in 2011, topped the Billboard 200 Charts both in Canada and in the United Statesーit also garnered the rapper his first Grammy Award for Best Rap Album.

As a successful musical artist, Drake has also set multiple records on the Billboard charts including have led three of the Hot Rap Songs, Rhythmic and Hot R&B/Hip Hop Airplay charts. He is in fact, one of two artists who have managed to simultaneously occupy the top three on the charts. Interesting fact- besides being a singer, Drake also acts as the current global ambassador of the Toronto Raptors. 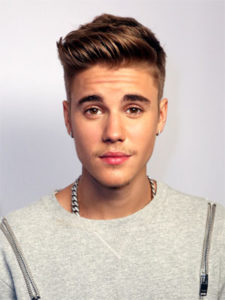 It’s no doubt that everyone’s heard of Justin Bieberーespecially the younger generation of music fans! Born on March 1, 1994, the talent of the twenty two year old singer was first discovered when a talent manager stumbled on his cover songs on Youtube back in 2007. Fast forwards a few years to the present and Bieber is now considered to be one of the most powerful celebrities in the world. The singer first released his debut EP titled, “My World” back in 2009; it was a commercial success and was eventually certified platinum by the RIAA in the United States. Since then, he has went on to release multiple singles and albums including “My World 2.0” in 2010, which was later certified triple platinum in the US. Throughout his career, the young singer has sold over 100 million copies of his recordsーmaking him one of the best-selling music artists in the world.

Bieber has also won numerous awards, including two American Music Awards for being Artist of the Year, one grammy win for Best Dance Recording (and three other nominations). The singer is also the first music artist to have had seven debut songs on the Billboard Hot 100 chart ーquite the feat! 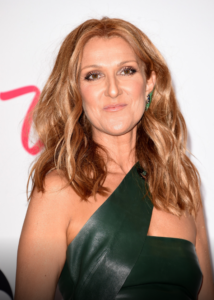 Celine Dion is a Canadian singer possibly best known for having performed the Titanic theme song, “My Heart will Go On”. Born on March 30, 1968, Dion was raised in the French-speaking province of Quebec, Canada. A little triviaーdid you know that most of her albums in the 80’s were in French? Following a bout of French releases, Dion eventually released her first debut English album, “Unison” in 1990. Her fame as a singer continued to increase throughout the 90’s as she released more English albums including “Falling Into You”, “Let’s Talk About Love”; both were later certified diamond.

Dion has won multiple awards including Grammy Awards, and was honoured by the International Federation of the Phonographic Industry for selling over 50 million copies of her album in Europe. Having sold over 200 million copies of her records across the globe, the Quebec born singer remains to be the best selling Canadian artist and one of the best selling artist of all time. 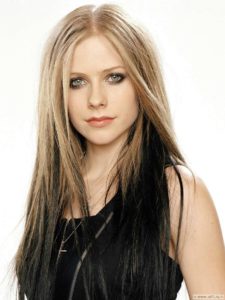 Ontario born singer Avril Lavigne signed her first two album recording contract at the age of 16; at the time, she already had a net worth of over $2,000,000. The Canadian singer and songwriter first gained worldwide attention after the release of her debut album titled, “Let Go” in 2001ーthe album also made her the youngest female singer to have achieved the number 1 spot in the charts in the UK. Since the release of her first album, she has sold over 80 million copies of her records in the world.

Lavigne’s breakthrough single, “Complicated” released in 2002, was one of her most successful releases having peaked at the number one spot in several countries around the world. As one of the top selling singers in the United States, she has had over 11 million copies of her music certified by the RIAA. For her work, Lavigne has received eight Grammy Award nominations, three American Music Awards nominations, one Brit Award nomination and one MTV Video Music Award. 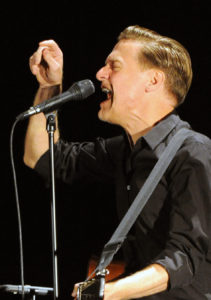 Born on November 5, 1959, Bryan Adams is undoubtedly one of the world’s best selling artists of all time. Throughout the singer/songwriter’s thirty five year long career, he has sold over 100 million copies of albums and singles across the globe. Adams first garnered worldwide attention with his 1984 album, “Reckless”ーit was a huge hit, having sold over 5 million copies in the United States alone.

Throughout his musical career he has many awards and nominations including 20 Juno Awards, 15 Grammy Award nominations (including a win in 1992), a MTV Music Award, an ASCAP Award, an American Music Award, three Ivor Novello Awards; not to mention he has received five nominations for the Golden Glob eAwards and three times for the Academy Awards! Adam has been awarded the prestigious Order of Canada as well as the Order of British Columbia. 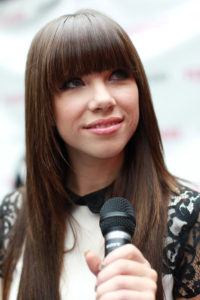 Carly Rae Jepsen first rose to fame when she placed third in the finale of the Canadian Idol competition. She later went onto releasing multiple albums and singles, including the popular “Call Me Maybe”ーwhich had managed the feat of reaching the number one spot in 18 different countries during it’s release in 2012; it was also later declared to be the best selling single across the globe that year. As of July 2015, “Call Me Maybe” was estimated to have sold over 18,000,000 copies; the single was the best selling digital single for its year (2012) and is also the fourth best selling digital single in history.

Throughout her career as a singer, the Canadian artist has garnered several awards and nominations including three Juno Awards, an Allan Slaight Award and a Billboard Music Award. In total, Jepsen has sold over 20 million copies of her music across the globe as of May 2015. 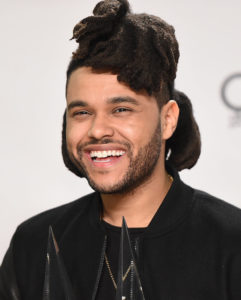 Known by his stage name, “The Weeknd”, it’s no doubt that this singer and songwriter is one of the best that Canada has to offer in terms of musical talents. The Weeknd first made his songs known to the world through Youtube in late 2010; he would later go onto releasing several mix tapes, singles and albumsーall of which would garner critical acclaim. The artist’s second studio album release, “Beauty Behind the Madness” became one of his most successful works, having landed a spot on the Billboard 200 Chart. The Weeknd is also the first singer to have had three simultaneous singles in the top three spots on the Billboard Hot R&B Songs Chart (“The Hills”, “Earned It” and “Can’t Feel My Face” respectively).

For his work, The Weeknd has received two Grammy Awards and an Academy Award nomination. 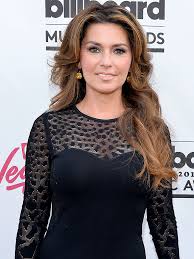 Shania Twain is one of the most popular singer and songwriter in Canada, having been in the music industry for nearly 25 years. The five time Grammy Award winner has sold over 85 million copies worldwide and currently holds the title of being the best selling female artist in the history of country music. Her fame can be attributed back to the release of her second studio album, “The Woman in Me” in 1995; at the time, it sold over 20 million copies around the world and had earned Twain her first Grammy Award. Her third album, “Come On Over” was also a huge hit, having earned the title of being the best selling studio album of all time by a female artist in any genre; over 40 million units were sold across the globe. The singer is affectionately called the “Queen of Country Pop” by fans.

Besides her numerous Grammy and BMI Songwriter awards, Twain has also received stars on Canada’s Walk of Fame as well as the Hollywood Walk of Fameーnot to mention an induction into the Canadian Music Hall of Fame! 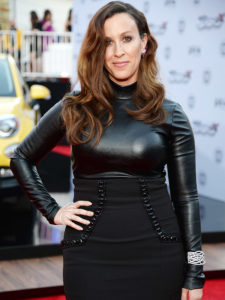 Brunette Alanis Morisette is a popular alternative rock singer from Ontario, Canada. Her first breakthrough happened in 1995 with the release of her rock-oriented album, “Jagged Little Pill” which sold over 33 million copies around the world. Known for her powerful and delicate voice, Morisette would later go onto releasing several more subsequent albums.Her eighth studio album titled, “Havoc and Bright Lights” may possibly be the most notable out of them allーhaving sold more than 60 million units globally since it’s release in 2012.

Besides being a successful music artist, Morisette is also an actress. She has starred in numerous television shows and films since her debut back in the early 90’s. 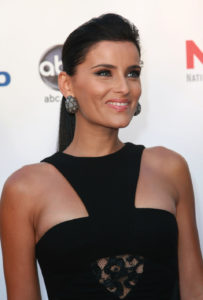 Victoria local, Nelly Furtado became a hit sensation after her first album, “Whoa, Nelly!” back in 2000. The album was met with critical acclaim upon its release; it later spawned two successful international singles, “I’m Like a rid”, “Turn Off The Light” and “On The Radio (Remember the Days)”. The Canadian artist has since released several records including, “Loose” in June 2006 and the Spanish album “Mi Plan” in 2009. Throughout her career as a singer, Furtado has sold over 40 million records worldwideー20 million albums and 20 million singles.

For her contributions to music, Furtado has won numerous awards including a Grammy Award for her song “I’m Like a Bird”, 10 Juno Awards, 3 MuchMusic Video Awards. In 2010, she was also inducted into Canada’s Walk of Fame.