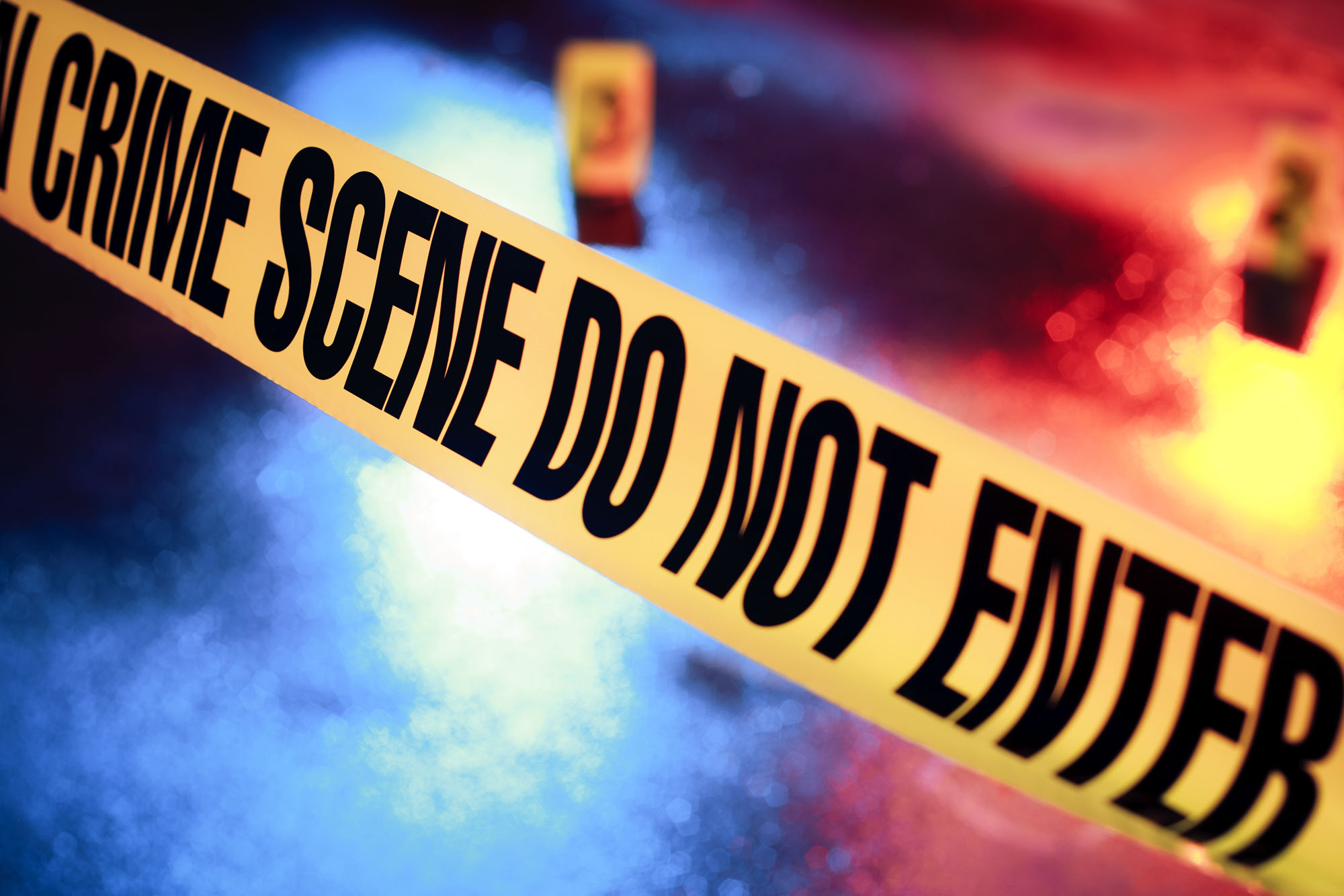 The world is a very dangerous place. There are so many ways for the law to be broken, and some cities are just like hotbeds for crime. These kinds of crime-oriented cultures typically develop as a result of incompetent city management, and once they take root, it is extremely difficult for them to change. Most people are aware of the cities in their own country that possess the highest crime rate. What if we examine crime index figures on a global scale, though? One can’t help but wonder: statistically, what is the most dangerous city in the world? In this article, I’ll go through the top ten highest crime rate cities in the world, discussing the cause and nature of the city’s unfortunate social climate. Without further ado, let’s take a journey to the world’s dark underbelly. 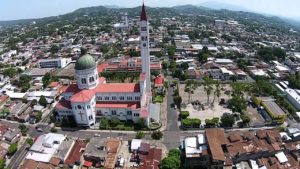 One of the most common causes of high crime rates is political unrest. When people in a country are unhappy, they are more likely to commit crime. That is the case with crime in San Salvador. San Salvador is the capital city of El Savador, a bustling country located in Central America. During the Salvadorian Civil War, San Salvador endured an assortment of gang-related attacks. The war is over today, but the city still struggles immensely with gang violence and general gang activity. In 2011, San Salvador was recording 90+ murders per 100,000 people in the city. It’s worth noting, however, that recent public safety efforts have done well to reduce crime rate, as well as murder rate. They’re improving, but they still have a long way to go. 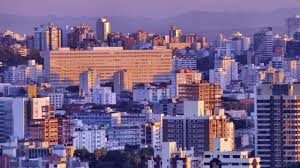 Porto Alegre is the capital of Rio Grande do Sul, and it is also one of the most populous cities in the entire country of Brazil. As you’ll see as you read through this list, Brazil in itself has an incredibly high rate of violent and drug related crimes. Porto Alegre is really no different. Speaking specifically to this city, Porto Alegre actually has a higher per capita homicide rate than other large Brazilian cities like Rio and the notorious Sao Paolo. Although Porto Alegre has taken strides to improve its infrastructure in recent years, the city is still said to struggle with a good deal of corruption and bribery among its politicians and police force. News of social and political unrest in Brazil is a hot topic as the Summer Olympics approach, and Porto Alegre is certainly a city that fits the narrative. 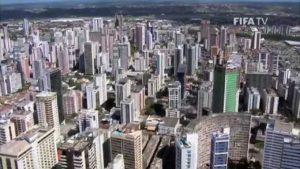 Recife is the largest city in Brazil’s state of Pernambuco, boasting a population of nearly 2 million. Recife is historically and commercially significant to its country. Not only is the city itself an industrial hub, but it also has brought in quite a lot of tourism with its beautiful beaches and ties to Portuguese colonialism. As far as crime goes, Recife has one of the highest homicide rates in the Western Hemisphere. In recent years, local government has expended resources to develop and execute different crime and social programs that aim to reduce violence and sex work on a city-wide level. These measures have proven somewhat effective, reducing crime rates to a decent degree. 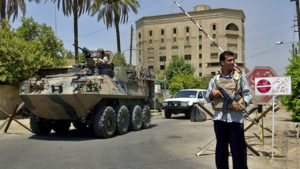 Baghdad is the capital of the Republic of Iraq, and it is actually one of the largest cities in West Asia, with a population at over 7 million. For years, Baghdad has been hailed as the epicenter of Islam. However, invasions and war in the entire country has utterly annihilated the city’s infrastructure and general culture. Today, Baghdad is thought to have one of the lowest qualities of life out of every city in the entire world. This is with good reason. In-country fighting is really taking its toll on the capital city, with local and foreign terrorist groups wreaking havoc across the region. Not to mention, civil unrest runs high in this city. Many Iraqi citizens are upset due to poor work conditions and political corruption. 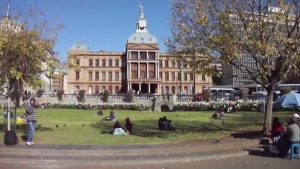 Pretoria is one of three capital cities of the country of South Africa. Pretoria is a deeply academic city, having multiple different universities and research facilities within the metropolitan area. Like many major South African cities, Pretoria suffers from a large violent crime rate. From murders to rapes, Pretoria is recording data that far exceeds the national average. Although the city is thought to be one of the a gem of South Africa with its prolific academic scene, Pretoria unfortunately still suffers from the same criminal pitfalls as some of the other cities in the country. 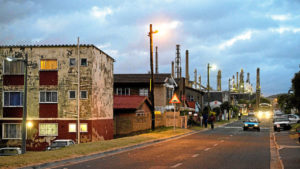 Well, that was fast. Pretoria already sees itself with national company. Durban is the largest city in South Africa’s KwaZulu-Natal, and it is nearly the most populous city in the entire country. From an economic point of view, Durban is really important to South Africa. The city has a large manufacturing industry, and it also regularly pulls in tourists from around the world. However, tourists who travel to Durban should be wary. Although “indiscriminate murder rates” have decreased over the years, the city still remains an important cog in drug trade in Africa. As is usually the case, this sort of business attracts a good amount of violent conflict. 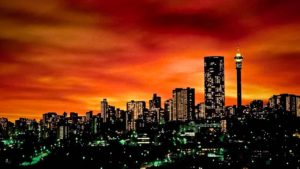 South Africa continues its streak on this dangerous list with Johannesburg. Johannesburg is the largest city in South Africa, as well as the capital of Gauteng. Not to mention, it’s one of the largest urban areas in the entire world. Johannesburg’s claim to fame has been its enormous gold and diamond trade, which is one of the largest in its region. Although I would argue that their crime-related reputation is somewhat exaggerated, Johannesburg is still sort of deserving of its bad reputation. Poverty and poor work conditions have driven poorer citizens to crime, and although the crime rates have decreased over as the economy has improved, conditions are still poor. 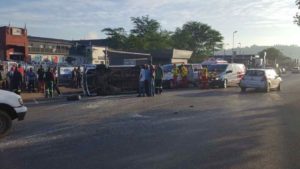 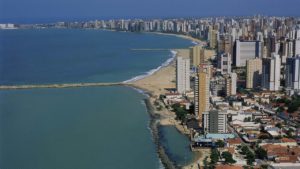 Fortaleza is the fifth largest city in Brazil, and it also happens to be the capital city Ceara. It is a culturally rich, economically diverse city. You may have noticed a pattern in this article, however, that culture and economy doesn’t always mean safe. Fortaleza is located in northeast Brazil, which is often considered the most violent region in the Americas, if not the world. Tourists and locals alike are often at high risk to be the victim of crimes like robbery, rape, and murder. Brazil in itself is a country that struggles immensely with crime and violence, and Fortaleza is the city with the highest crime rate that they have to offer. 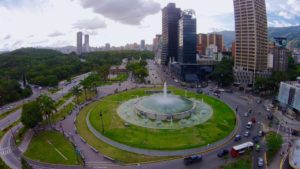 Finally, we are brought to Caracas, the largest city of Venezuela. For years, Caracas has been known as “the most dangerous city in the world”, with the highest homicide rate globally. It cannot be disputed that crime is a large issue in this city, especially in disadvantaged neighborhoods. However, this may be seen as a sort of controversial item for some people. Recently, it was determined that Caracas’ crime rate may have been overexaggerated over the years due to incorrect population reports. This means that the city government may have reported a smaller population than they actually had, which makes it seem like crime is more out of control than it actually is.