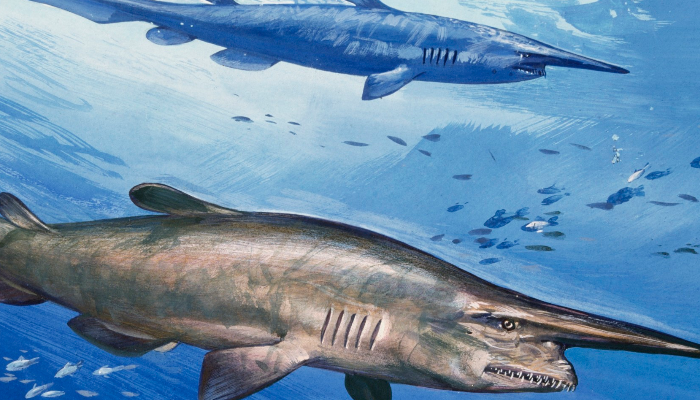 With millions of animal species (that we know of), there have to be some very quirky names among them. Sometimes scientist just run out of ideas and decide to give a bizarre name to a species. Nothing wrong with that, right?

Today, we’re taking a look at animals with weird names. Without further delay, here is our top 10 list of animal species with unusual names. 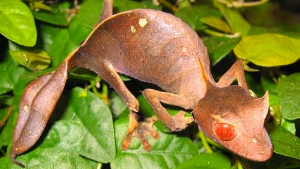 Uroplatus phantasticus sounds quite boring, doesn’t it? That’s why the most common name for this gecko is Satanic leaf-tail gecko. How hardcore is that? This quite literally named gecko lives in Madagascar and was first discovered in 1888. Satanic leaf-tail gecko is a nocturnal reptile, feeding on insects and expertly avoiding predators. For example, they can shed their tails to fool their predators or reduce their own shadow to stay unnoticed. Pretty much everything regarding the little guy is pretty epic, starting from the name, over their looks, all the way to their behavior. 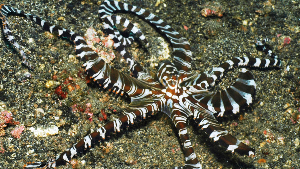 No, wunderus photogenicus isn’t a Harry Potter spell that will make you look good in pictures, it’s actually a species of octopus. It can be found in waters near Philippines and Vanuatu, and can be recognized by its white spots and lines. All the spots are individual, so it’s actually possible to track a certain wunderus photogenicus (wonderous octopus) individually. Pretty cool. 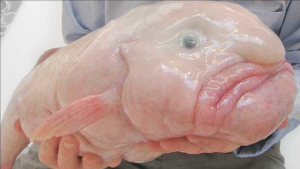 Blobfish is possibly the most literal name in all of animal world. Without even looking at the picture, you can imagine what a blobfish looks like, and you wouldn’t be far off. It’s a fish that looks like a blob. Blobfish can be found in deep ocean depths, and because of that their body is mostly made out of gelatinous mass that is slightly less dense than water, enabling them to easily float around. The blobfish looks like a regular fish while in the water, but thanks to its flesh, the second you take it out of the water, it turns into a blob-like pile of flesh. The species won the “World’s Ugliest Animal” award in 2013. 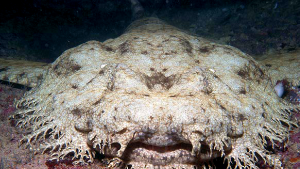 After you’re done laughing at its name, we can proceed learning something about the tasselled wobbegong species of carpet sharks. This species can be found in Australia’s and neighbor waters. It’s quite an aggressive species actually, biting humans out of the blue and luring fishes into its traps. Today, the tasselled wobbegong is nearing a threatened species status due to fisheries and habitat degradation. 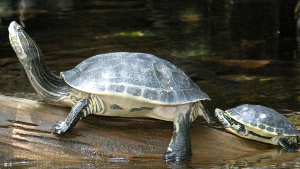 The chicken turtle is a regular-looking turtle found in the southeast of the USA. Since it doesn’t resemble a chicken at all, you might ask where did its name come from? Well, while the turtle does look like a regular turtle, its flesh tastes like chicken. People regularly hunt for the turtle for its tasty meat, but so far their numbers are stable and they are far from being endangered. 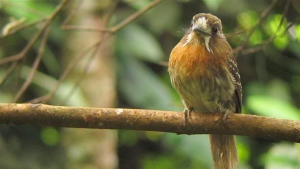 This uncommon species of puffbirds got its named by its fabulous “mustache” in the most literal way imaginable. If you’re interested in seeing the mustached puffbird, you may have a problem finding them, as they are extremely rare. If you still decide to go ahead, set sail towards Colombia and Venezuela and look high up, you just may be able to spot the wonderful mustache of this small bird. 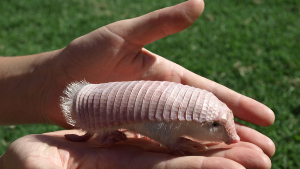 Other than being the smallest species of armadillo, the chlamyphorus truncatus has another interesting fact about it – it’s known as pink fairy armadillo. The armadillo is found in Argentina during night-time. Unfortunately, the number of pink fairy armadillos is steadily decreasing thanks to predators such as dogs and cats, as well as farming activities done by people. This cute little armadillo was discovered in 1825, and we hope it stays with us for many more years, so that everyone can witness its cuteness. 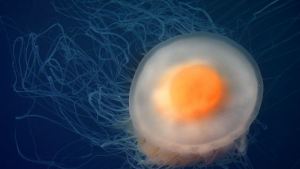 This very large jellyfish species looks very much like a fried egg, wouldn’t you agree? Some scientist sure do agree with it because the jellyfish is known as egg-yolk jellyfish or fried egg jellyfish. Their tentacles can be up to 20 ft long, but their stings are pretty weak. Thanks to that, lots of small crustaceans often ride on jellyfish’s belly or even steal the food from its tentacles. 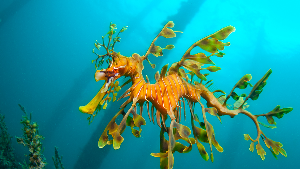 Fish that looks like a dragon? Check. Also resembles a leaf? Check. Lives in the sea? Check. And just like that, the name leafy seadragon came to existence. This fish can be found along Australian coasts and is pretty well-known around those parts. The leafy seadragon usually grows to around 9 inches and feed on plankton. They use their “leaves” to camouflage themselves as seaweed, even changing their color for the complete camouflage. 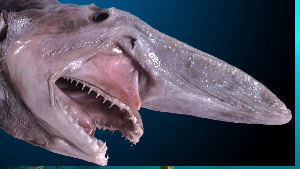 Probably the best known species of animals from today’s list is the goblin shark. Goblin sharks are rare species of sharks that can be found in deep seas. The sharks come from a 125 million years old lineage, so they’re also known as living fossils. The species survived this long thanks to the extreme depths that they live in, where they can’t really be captured. Their name obviously comes from their resemblance of mythical creatures known as goblins.