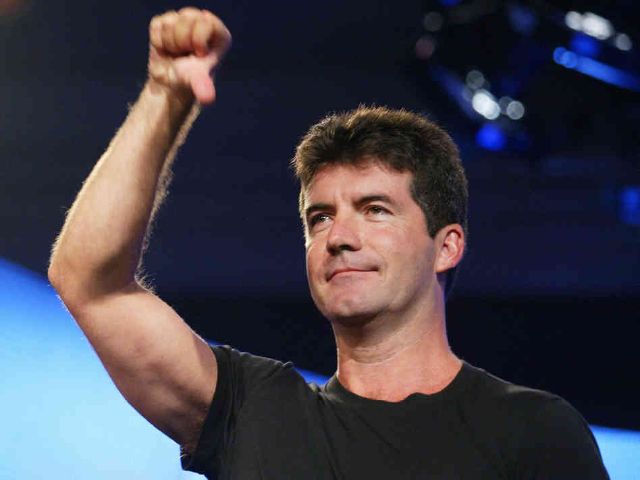 Reality TV captivated millions of viewers around the globe with its unscripted tales and surprises. People love to watch the realities in the lives of their favorite celebrities, aspiring chefs being subjected to the wrath of their terrifying mentor, or contestants who duke it out in singing competitions. Some might not find these kind of shows entertaining but, you know what they say, to each his own.

There are hundreds of big names in reality TV and many of them have made quite a fortune in the industry. Below is a list of the top ten who made millions on their net worth out of reality TV shows plus other ventures.

Before he became the renowned host of American Idol, Ryan Seacrest started out by hosting game shows for kids and other reality programs. His hosting duties in American Idol started in 2002 and lasted until its finale in 2016. Seacrest currently hosts his own radio show On Air with Ryan Seacrest, which started way back in 2004, while serving as the executive producer of shows like Shades of Blue and Keeping Up with the Kardashians through his Ryan Seacrest productions. He still hosts the E! pre-show Live From the Red Carpet and was part of NBC’s coverage of the Rio Olympic Games.

The “momager” of the famed Kardashians personally handled the careers and businesses of her children. She executive produces and stars in their reality show Keeping Up with the Kardashians. Jenner also serves as one of the executive producers of the spin-off shows that involve her daughters. She once hosted her own talk show Kris in 2013 but it fizzled after 16 episodes. Aside from the handsome cuts Jenner gets from the shows, let’s not forget her published cookbook and autobiography that also contributes to her income.

Tyra Banks started walking the runways at 18 years of age and graced the covers of many renowned fashion magazines. She was one of the Victoria’s Secret Angels for eight years before shifting her focus towards the entertainment industry. Banks made appearances in different television shows before founding her own production company named Bankable Productions. Banks acted as the executive producer, judge, and host of America’s Next Top Model from 2003 to 2015, and the reality series was among the highest-rated shows on UPN and The CW. She also hosted her own talk show The Tyra Banks Show which also gathered much praise. Banks started her cosmetic company TYRA Beauty in 2015 that promotes “beautytainment”.

Caitlyn Jenner took the world by surprise with her transition in 2015. Back when she was still Bruce, Jenner was a famous decathlete and her victory in the 1976 Olympic Games boosted her fame and earned her a good amount of dough through brand endorsements. She appeared in sitcoms and a couple of movies before starring with her family in Keeping Up with the Kardashians in 2007. Jenner’s new life as a trans woman was chronicled in the documentary I Am Cait although the show was axed in 2016 due to abysmal ratings. Her transition also helped elevate her net worth through new endorsements and numerous appearances in magazine covers.

The success of the Kardashian family’s hit show spawned a number of spin-offs which Kim and her sister Kourtney starred in, namely Kourtney and Kim Take Miami and Kourtney and Kim Take New York. Her empire stretched far and wide beyond the borders of reality television, ranging from clothing and fragrances to mobile apps. She also has dozens of endorsements that add up to the avalanche that is her income. Her 2010 earnings of $6 million was considered the highest compared to other reality show celebrities. Also her mobile game Kim Kardashian: Hollywood managed to rake in $1.6 million five days after its launch in 2014, making it the fifth game in the iOS App store with the highest earnings.  She is among the executive producers of the Keeping Up spin-off Dash Dolls.

Gordon Ramsay opened a good number of restaurants around the globe, some of which were awarded with the highly coveted Michelin stars. His appearance on TV started with the documentary Boiling Point and later on in reality shows like Masterchef and Hell’s Kitchen. Ramsay also published a long list of cook books and has a mobile game with his image and voice titled Gordon Ramsay Dash. Ramsay is perhaps renowned for his extremely volatile temper when his patience is put to the limit, but if you are curious as to how he really is then watch The F Word.

“Judge Judy” heard more than 20,000 cases during her remarkable career that ended in 1996. During the same year her courtroom TV series Judge Judy aired and was quickly met with success. Viewers ranked in millions and Judge Judy’s contract kept on extending, with the most current one she inked secured her presence on TV until 2020. The show and Sheindlin herself gathered many awards and accolades, including a place in the Guinness Records for being the longest-serving judge in the genre.

Jamie Oliver was exposed to the kitchen at a young age thanks to their family restaurant. He pursued a career in the culinary arts until he starred in his very own cooking show The Naked Chef in 1999. During the same year his cookbook hit the shelves and was quickly a best-seller, and Oliver was even invited to prepare Prime Minister Tony Blair’s lunch. Later on Oliver appeared in other food-oriented programs and his Jamie’s Italian restaurant chain expanded all over the world. Oliver struck endorsement and partnership deals with supermarkets and cookware that helped earn him a good chunk of income.

The feared Simon Cowell initially took on different jobs in the music industry before joining the cast of judges in the 2001 music competition series Pop Idol. A year later he joined Randy Jackson and Paula Abdul in the popular American Idol and remained until the ninth season. Through his entertainment company Syco Entertainment, Cowell started his own reality shows The X Factor and the Got Talent franchise, both of which are hits around the world. He also signed notable names in his Syco Music record label like One Direction and Westlife. He is slated to replace Howard Stern in the upcoming 11th season of America’s Got Talent.

Howard Stern is famous for being a shock jock which helped propel his popularity to greater heights. His work in the airwaves still continue with a contract that reportedly earns him a yearly $80 million. Stern was also part of the judges in America’s Got Talent from 2012 up to its finale in 2015. He founded his own companies namely the Howard Stern Production Company and Conlon Road Photography. Stern was ranked at the first place of the highest paid TV personalities list of Forbes magazine in 2013, sharing the spot with Simon Cowell. The two again tied up next year until Stern got the top rank of the magazine’s highest paid media personality list.

There we go with the top ten richest reality TV stars. Do you know other names who make it to the list? Let us know in the comments below.