Even though it is generally rare for musical groups to produce vinyl records these days, records are still considered great collectibles. Audiophiles and music fans alike will also attest to the superior quality of a record, compared to that of a traditional CD or music file. Even if they may be considered obsolete today, records were the predominant medium for selling and listening to music for the better part of the 20th century. In this article, I’ll talk about the top ten most expensive records that have ever sold. The only condition that I placed in gathering with this data is that I excluded any “single copy” records. If a record or single did not ship normally at any point, then I don’t think it can really count. Without further delay, let’s take a look at the top 10 most expensive and valuable records ever sold.

One of the best things about records as collectibles is their age. I’m willing to drop a slight spoiler and say that the mass majority of this article will talk about records produced between 1960 and 1990. This particular record in question is by far the oldest on the list, which makes it especially valuable from both a musical and historical point of view. Tommy Johnson was a blue musician who was well-known for his abilities as a vocalist and as a guitarist. He primarily recorded music during the late 1920’s. Although he isn’t very well-known in the main stream, his work would go on to influence countless other blues musicians of the period. “Alcohol and Jakes Blues” was recorded in 1929 with Paramount Records, and sold for $37,100 in 2013. Many Paramount Records records from that time period are valuable due to their limited availability today, and this single from the legendary Tommy Johnson is no exception. 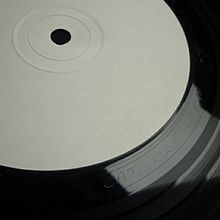 If anything is the opposite of “blues recorded in the late 1920’s”, I think it would be “techno recorded in the early 1990’s”. This particular record was produced by the Irish electronic musician Aphex Twin in 1994, with the intention of seeing a wide release. However, the album was eventually abandoned, and only a handful of physical copies were ever produced. As a couple of copies surfaced on the Internet, Caustic Window actually ended up seeing a fairly popular Kickstarter campaign for a record to be used to digitally distribute the “lost” album. The campaign was successful, and the record would later sell on eBay for $46,300. The record itself was actually purchased by Markus “Notch” Persson, the creator of Minecraft. It has been argued that this high-profile affair actually helped to revive Aphex Twin’s career, as he would release an album later that year and win a Grammy for it. 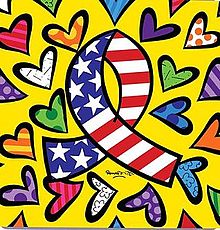 A little while ago, we talked about the oldest record on the list. This next record holds the honor of being the newest. Michael Jackson’s “What More Can I Give” was written by Jackson in response to the September 11 terror attacks in New York City, and it was originally intended to be sold for charity purposes. It never ended up happening, though, despite having been successfully recorded with a supergroup of other pop artists, including the likes of Britney Spears, Usher, Beyoncé, and NSYNC. (The reason for the plan’s abandonment has been debated for years. The most popular theory is that it was a casualty of Michael Jackson’s protest against Sony Music.) Not only does this song have a story, but it is also thought to be the last actual completed song that Michael Jackson was able to produce prior to his death in 2009. The song’s studio reference CD sold in 2015 for close to $50,000. 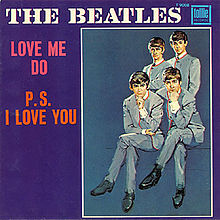 With this record, we have the reached the first of many Beatles records that we will be discussing today. I don’t think that I should have to go into any detail regarding the background of The Beatles. They are thought to be one of the most prolific rock bands of all time, and their work is still greatly admired by music fans around the world today. Many of their records still hold tremendous value today. “Love Me Do” is the band’s first ever single, and certain versions of the record are thought to be especially valuable. In this case, we are talking about the single’s unedited acetate. An acetate is sort of like a demo for a song. It is typically printed on aluminium as opposed to vinyl, it is typically produced in very small quantities, and it is rarely meant to sell to the public. The unedited acetate of this song, which is the only version to include a count-in, is thought to be worth anywhere between $50,000 and $100,000. 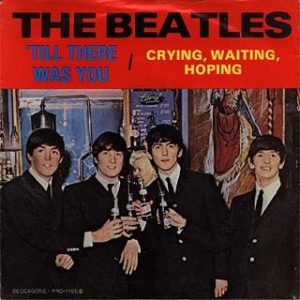 This record is actually the first cover on our list. The Beatles’ recording of “Till There Was You” is a cover of the song by the same name, which originates from the 1957 Broadway musical The Music Man. “Till There Was You” is the first Broadway song that the band ever covered, and it was highly praised upon its release in 1963 for being a perfect example of the group’s mind-blowing versatility. To think that they could perform such a soft love ballad alongside harder rock songs like “Twist and Shout” was incredible to many. In March of 2016, a privately pressed acetate containing “Till There Was You” on one side and another single, “Hello Little Girl” on the other, was auctioned away. Omega Auctions initially estimated that the record would sell for around £10,000 (approximately $13,000) but it actually ended up selling for £77,550, vastly exceeding the auction house’s initial expectations. 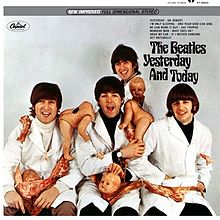 As you have probably noticed, a lot of these records are rare because they’re special variants. This particular record is no exception. Yesterday and Today was released with two different covers, one of which is known as the “butcher cover”. This cover depicts the band wearing white smocks and surrounded by decapitated baby dolls and slabs of meat. The band members, who later became known for their black humor, found this photo shoot to be much more entertaining than their usual, more “generic” album photo shoots. The photos were sent in for use as album art as a form of protest against the Vietnam War. The covers were hugely criticized by the media as being off-brand and disturbing. Many records with these covers were pasted over or destroyed. Mint condition copies of this rare variant regularly sell for $15,000 and above, and in February of 2016 a sealed mint stereo copy sold for $125,000. 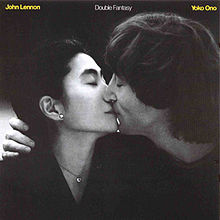 In many cases, the circumstances surrounding a record will hugely boost its perceived value in the collecting community. Take Double Fantasy as an example. This album is the last published work by John Lennon and Yoko Ono, and although it was poorly received upon its release, it became famous in the years to follow due to the fact that it was released less than a month prior to John Lennon’s death. One special copy of Double Fantasy ended up selling for $150,000 in 1999. What makes it so special? A lot, actually. This copy was signed by John Lennon just a few hours prior to his death. It is more than likely the record that the beloved musician ever signed. Not only that, but the copy was also autographed for Mark Chapman, who is best known for being John Lennon’s eventual killer. This means that this record is hugely significant for Lennon fans and music historians alike. 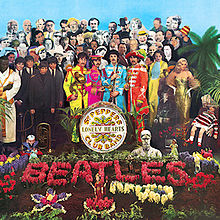 Sgt. Pepper’s Lonely Heart Club Band is well known for being one of the most iconic albums of all time. It won four Grammy awards upon its release, and to this day, it is still considered to be historic in its significance in what it did for the rock and pop genres. In 2003, Rolling Stone magazine famously stated that this album was the greatest albums of all time, end of story. The album contains now-classics like “Lucy in the Sky with Diamonds” and “Sgt. Pepper’s Lonely Heart Club Band”, which would go on to inspire future musicians and define The Beatles sound. It is no wonder that a record from this album would go on to be one of the most valuable records of all time. A fully autographed copy of this album sold for £190,000 in 2013 at auction, enormously exceeding the auction house’s expectations. (Retrospectively, collectors think that the quality of the autographs themselves probably contributed to this huge sale.) 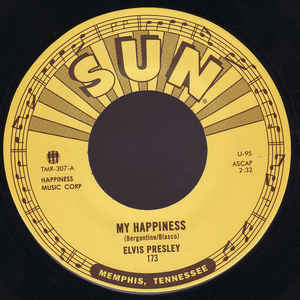 With this record, we break our streak of Beatles records for something a little different. Elvis Presley’s music career had pretty much ended by the time The Beatles were popular. The first thing that he ever recorded was something that he paid before, and that he claimed would be given as a gift to his mother. (However, historians today believe that he may have deliberately sought out recording sessions in hopes of being discovered as a musician.) In 1954, he recorded a two-sided acetate containing “My Happiness” and “That’s When Your Heartaches Begin”. Whether Presley was aware of it or not, he had just essentially created the greatest collectible: the earliest recording of Elvis Presley’s work as a professional musician. He was just eighteen years old when he recorded this. In January of 2015, this acetate was purchased by none other than Jack White for $300,000. It was later re-distributed, so that the world could get a taste of the King’s earliest work. 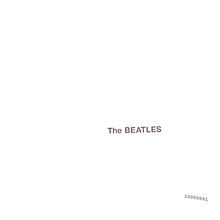 We finish this list the same way that we spent most of it: with The Beatles. This next sale occurred pretty recently. The Beatles’ self-titled album (also known as The White Album, due to its signature minimalist album artwork) was the ninth studio album that they ever released, and the original vinyl copies of the record were numbered. This packaging was sort of meant to be ironic, in that the band was essentially releasing five million “unique” copies of an otherwise static album. Some of the lower numbered copies are really rare, though. In 2008, a 0000005 numbered album sold for £19,201. Most recently (and most impressively) Ringo Starr’s own personal copy, numbered 0000001, sold for a whopping $790,000 at auction. Although this is not the band’s most praised or most famous work, this copy’s unique collectability allowed it to utterly smash the previous record, and take the spot as being the most valuable record of all time.