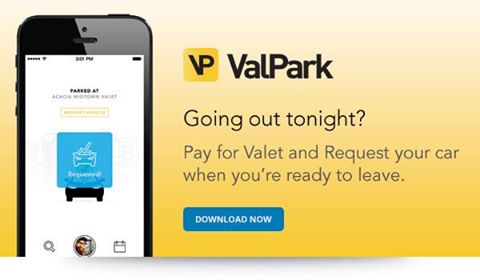 Stepping into the Shark Tank is Wayne Johnson. Wayne is an award-winning web designer from Washington, D.C. (firing off a little quickly there, aren’t ya, Wayne?). Wayne has come to the Shark Tank to seek an investment of $300,000 in exchange for 20% equity in his company, ValPark Mobile. ValPark Mobile is an app that allows for customers to pay for garage and valet parking using an easy, fast, and secure app directly from your smartphone. How many times have you gone to a valet and realized that you have no cash? Then what? You drive around looking for a space that you may never find, or worse, you go to an ATM.

This is where ValPark mobile comes in. ValPark lets you find and pay for valets at locations such as restaurants, hotels, nightclubs, and even sporting events at arenas. When you are ready to leave, use the app to request your car and have it outside waiting for you. With the help of the Sharks, Wayne can turn a $40 billion parking industry into a much more connected experience. ValPark Mobile is a revolution on the way you get around. Wayne then asks the Sharks for questions, and Kevin, of course, is the first to fire a question of.

Kevin gives a theoretical example that he owns a restaurant with a valet business, parking 250 cars a night. How does ValPark add value to that business? What would Wayne say to Mr. Wonderful to convince him to switch to ValPark Mobile? Wayne explains that skimming among valet providers is the most immediate defense. Skimming means, the person might park 5 cars in an hour but only pay for 4, pocketing that 5th car. This is an accepted loss, but up to 30% can be lost due to the fact it is cash. ValPark Mobile eliminates a large portion of that by doing away with cash transactions in favor of credit and debit transactions.

Lori is still not sure of how it works, and asks for a more definitive explanation from end-to-end. Wayne pulls up a screen and explains, using Mark Cuban as an example; download the application and sign up for a profile. So, on-screen, Mark has a demonstrative profile. Your name, e-mail address, and credit card number are loaded into the profile. At the point of account creation, you must also create a secure pin number which is associated with your profile. You never actually take your phone out of the pocket when parking; the tenant asks for your name and your PIN number. You are charged, and that it is – you are done. The valet then takes over the car, and does what he will. 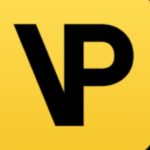 When you are finished and paying your tab, you can call for your car to come. The valet receives an alert saying that the vehicle has been requested, and the person then receives an alert when their vehicle will be there within 5 minutes. When the vehicle is outside, the driver then gets a second alert which says that the car is outside waiting. Guest Shark Troy Carter, who is the founder and CEO of Atom Factory (a music label), asks Wayne how many locations he has for ValPark. So far, ValPark Mobile has over 115 locations in the markets of Washington, D.C. and Virginia.

Wayne continues on to explain that he designed and created the application himself (Mark Cuban, the tech guru, mentions “good for you!”) and he also created all the assets. In fact, his business partner is actually the owner of the largest valet service on the east coast. Troy presses for more details about the partnership arrangement, and Wayne explains that his partner owns 46% of the business. His partner was looking for a solution just like this, as nobody carries credit cards. How many people carry more than $25 in cash on them anymore?

Mark then says that Wayne is solving a problem, there is no question. The next question is how big can ValPark scale? There is always one big guy in each market who dominates the valet parking. Kevin then explains that Wayne would be wise to start to push his partner to move into every city; if Kevin looks at San Francisco, he finds one guy who owns 60% of the market and a bunch of smaller, fragmented guys. So, how does he capture that guy who owns 60% of the market? Wayne says that is the plan, and launches into more information about the service.

ValPark launched last year in beta to 115 locations. Last year alone, the application did $270,000 in sales. Troy Carter then asks how much money Wayne took home, and Wayne explains how the numbers work. ValPark Mobile has an 8.5% convenience fee to the principal amount of the valet service, which is passed down to the consumer (meaning a $10 charge will run $10.85, and a $20 charge will run around $22). This is why vendors love them, since ValPark does not take any principal amount of money. Daymond guesses that ValPark ended up doing about $230,000 in sales, netting ValPark a profit of around $40,000.

Wayne explains that in 2015, they moved to a 15% convenience fee, split the fee down the middle with the credit card provider, and then also created a $49 per month fee as a vendor. This is a very old market in the industry that they have not ever seen an urge or need to improve upon, Wayne explains. Troy Carter then explains that the problem with tech is that it is a copycat market right now, so the second ValPark Mobile picks up speed, people around the world are going to copy the application and business strategy. How does Wayne protect his market and application – how does he move from the tristate area into a larger scale? 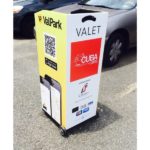 Wayne explains that he believes the best solution is to find an ambassador for each city, and Troy asks if he has tried to raise any money yet for the program. Wayne says that everything has been done so far out of his own money and time, and he has spent $100,000. Mark then says that he can see it work and is glad Wayne is in it until the end, but the problem is, as it is with all apps, how much money can the app make? The $49 per fee, at a thousand locations, is an income of $5000 for him as a one-man operator. Mark bashes his hands together and says, “That’s money in the bank right there.” But since they only have 115 locations, they make $28,000, and if they can double, that is $56,000, that is just not enough.

Wayne tries to explain that his business uses the Uber style of pricing, which is a principal paid towards the driver and then a fee added on top. Mark, using Uber as an example, explains that larger companies are okay with losing some money because they are worth billions of dollars. They can afford the hit, but they are out there building a brand and when people think transportation, they think “Uber.” Uber can live off crumbs based off the value, but Wayne cannot live off of those crumbs. There is just not enough crumbs out there to support Wayne.

Troy explains that he invested in Uber when Uber was only located in San Francisco, but Uber was attempting to take over every market. However, Wayne is not going after such a broad market but is going after a more niche market, and it is not proven yet. There is only 115 locations in a tri-state area, which is not a lot of real estate. Somebody can come in and capture that market, but Wayne disagrees. Troy then says it best, “There is another kid in the garage who wants to eat Wayne’s lunch right now.” Guest Shark Troy Carter senses blood in the water, and is the first man out of the deal.

Mark respects Wayne and his confidence, but for an investment of $300k, he has to see a much larger market. Mark actually turned down Uber because he thought it was going to be too hard to get past all the taxi cab commissions, and they would have to raise millions of dollars. Mark hopes that he is making the same mistake here today, but he does not see the company scaling enough to get a return, so Mark is out.

Kevin does not see a vision for world domination of the valet market, so Kevin is out as well. Lori speaks up next, saying that she does not like the partner in at 46%. She likes a partnership where she feels like they are doing something beneficial for the company, but at a 20% equity steal from Wayne, it does not feel like the right thing to do. Lori is out of the deal, as well.

Daymond is the final Shark remaining, and he says that he sees the app as a valuable property. This can potentially grow into car washes and gas stations where people might not want to get out of the car, but Daymond desperately needs someone like Mark or Troy who understands software and technology. Daymond leaves the table open for one of the two to return in and invest at the asked-for $300,000 in exchange for 20%. Mark confirms he is staying out, and Troy says that Wayne is just not paranoid enough for him. Troy likes a paranoid founder who thinks someone else is out there waiting to “eat his lunch,” and unfortunately, Daymond is forced to exit out of the deal.

Troy Carter leaves the Shark Tank without an investment in his ValPark Mobile application.

ValPark Mobile Now in 2018- The After Shark Tank Update

It does not look like ValPark has expanded much – the website still says that they have over 100+ locations, which is not a far cry from the 115 that was estimated by Troy in his appearance on the Shark Tank. However, the application has been strongly received on the iTunes App Store (or whatever Apple wants to call it) with a 4-star rating across 16 reviews. However, there is one critical problem I found in my research of the application; there is no Android variant available.

While I believe Troy has a great idea, he is hurting his company by not bringing it to all platforms. Still, ValPark is still in its infancy, and it can easily explode to capture the entire United States valet market.