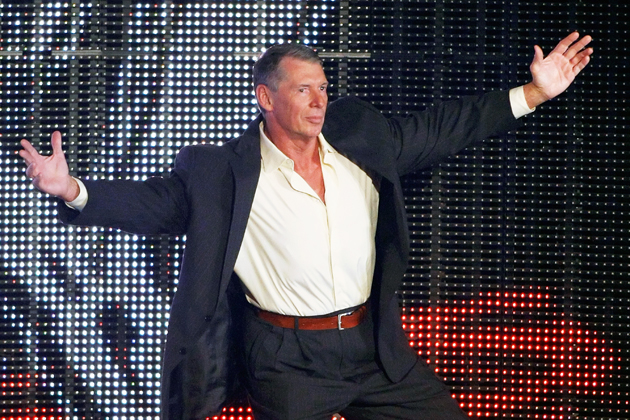 Vince McMahon is the man who led one of the biggest companies in wrestling to greater heights. He managed to rake in billions of dollars and expand the WWE to broader horizons while defeating and even acquiring his rivals in the industry. He did try venturing in other business endeavors and their failures did not stop his momentum towards the billion-dollar mark. With his wealth Mr. McMahon has never forgotten to give back to society with his philanthropic efforts.

Read on and find out more about the massive empire of Vince McMahon.

How did Vince McMahon make his money & wealth?

Vincent Kennedy McMahon was born on August 24, 1945, in Pinehurst, North Carolina. McMahon grew up with his mother and different stepfathers as his biological father and his brother Rod left him at an early age. In 1957 McMahon met his father Vincent J. McMahon for the first time and learned that his old man was a promoter for Capitol Wrestling Corporation (CWC). The young McMahon then fell in love with wrestling. 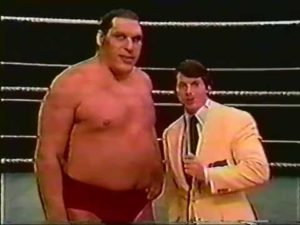 McMahon took a business administration degree in college and graduated in 1968 from East Carolina University. McMahon initially worked as a travelling salesman until he was appointed as a ring announcer for the program All-Star Wrestling in 1969 which was under his father’s promotion named World Wide Wrestling Federation (WWWF). During the 70s McMahon helped boost his father’s company and, before the decade ended, he founded Titan Sports with his wife Linda and pushed for the renaming of WWWF to the World Wrestling Federation (WWF). He gained control of CWC in 1982 after purchasing it from his father.

McMahon aggressively expanded his company’s reach by recruiting talent, merging wrestling with entertainment, and following a consistent weekly television program coupled by pay-per-view events. These efforts ensured the massive increase of audience numbers. In 1985 McMahon held the very first WrestleMania event which was considered as the wrestling version of Super Bowl. During the 90s he steered the WWF towards mature storylines and shifts in moralities and appearances of the wrestlers to accommodate the changing demands of the audience. This era is famously known as the Attitude Era and McMahon himself even stepped into the ring as the villainous character Mr. McMahon. The two weekly shows Raw and SmackDown also started in the 90s.

WWF was so successful that it managed to beat and acquire its competitors World Championship Wrestling (WCW) and Extreme Championship Wrestling (ECW). The WWF was rebranded into World Wrestling Entertainment (WWE) in 2002 after a lawsuit from the World Wildlife Fund which also utilized the WWF acronym. The company moved to different eras ranging from the PG Era, the Reality Era, and more recently the New Era. McMahon tried his hands on other ventures like the World Bodybuilding Federation (WBF) and the XFL football league but they fizzled and did not replicate the triumph of WWF.

McMahon owns a 52% stake in the WWE and his fluctuating net worth puts him in and out of the billionaires list of Forbes magazine. The company’s shares dipped in 2014 due to a bad deal with NBC but the following year saw a comeback after the launch of the WWE Network, a subscription based streaming service that contains a plethora of wrestling content. The network is currently accommodating 1.82 million subscribers which will surely grow even more as the $9.99 monthly price tag is very much worth it.

Yes. McMahon married Linda Marie Edwards in 1966. The couple finished college together at the same university.

Does Vince McMahon have kids?

Yes. Shane McMahon was born in 1970 and Stephanie six years later. Shane is currently the commissioner of Smackdown Live while Stephanie is the company’s Chief Brand Officer and Raw commissioner. Steph is married to Paul “Triple H” Levisque, the current Executive Vice President of Talent, Live Events, and Creative.

McMahon lives in a $40 million mansion situated in Greenwich, Connecticut. It is reported that the mogul’s abode has three floors with a conservatory, pool, garden, and seven bedrooms.

McMahon owns a 2010 Bentley Continental GT that cost around $189 thousand. He also owns Sexy Bitch, a 47 foot yacht, a private jet, and limousine.

From 2004 to 2014 the McMahon couple donated around $5 million to the Donald J. Trump Foundation.

In 2006 the couple founded the Vince & Linda McMahon Family Foundation, Inc. Among its first projects include a tennis center in Ebensburg, Pennsylvania that cost $2.5 milion. The foundation supports organizations that primarily focus on education such as the Greenwich Alliance for Education, ConnCAN, and the Stamford Public Education Foundation.

Some of the other recipients of grants from McMahon’s foundation include the Connecticut Basketball Club, Roses for Autism, and Generation Rescue. The foundation reported through documents that they had 23 grants in 2011 that amount to more than a million dollars.

In 2013 the foundation made a $500 thousand donation to the Liberation Programs, a non-profit organization that fights alcohol and drug abuse. The following year a grant of $250 thousand was given to the Westport Weston Family YMCA.

The McMahons also extended a helping hand to hospitals such as the Greenwich Hospital Foundation and the Children’s Hospital of Pittsburgh.

The foundation donated $25,000 to The Palace Stamford in 2013 in support of art programs for children.

WWE partnered with the breast cancer non-profit organization Susan G. Komen in 2012. The company initiated the “Rise Above Cancer” campaign where superstars wore pink apparel (which were also made available in WWE’s online shop). Also WWE promotes anti-bullying through its Be a Star initiative with 58 organizations in support. WWE superstars visit schools and community centers on a monthly basis to share their own experiences about bullying and to impart words of wisdom. Celebrities and politicians have also expressed their support to the initiative.

The Make-A-Wish foundation partnered with WWE to grant the wishes of children battling life-threatening health conditions. Superstars visit kids to bring happiness and inspiration. McMahon himself granted a wish in 2014 when he visited fan named John Willen in Crossroads Hospice.

In 2015 McMahon was inducted into the alumni hall of fame of the Boys and Girls Club of America. He used to attend the organization in Elizabeth City, North Carolina back when he was a kid. McMahon’s induction was done in honor of his contributions to the organization. The following year WWE and the organization struck a multi-year partnership in the former’s Be a Star initiative.

McMahon is an accomplished wrestler with a championship reign in ECW and WWF, not to mention being a winner of the 1999 Royal Rumble.

He won the Best Promoter and Best Booker awards of Wrestling Observer Newsletter three times in three different years. McMahon was also included in the 1999 Guinness Records for being the oldest wrestler to win a championship.