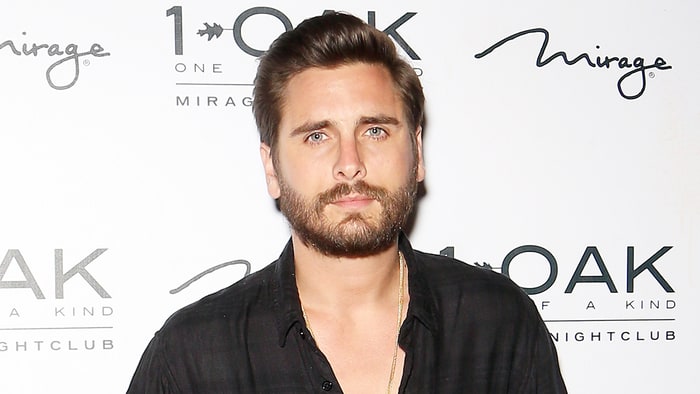 Scott Disick is a television personality and business man best known for being the boyfriend of reality star, Kourtney Kardashian. They have three children together. As the other half of socialite Kourtney Kardashian, Disick first became known to the world when he appeared on the American reality series, Keeping Up With The Kardashiansーa show which focused and revolved around the personal lives of the Kardashian family.

The series eventually became a huge hit on the E! network, having garnered over 1.3 million viewers during its first month on air. The success of the reality show has since led to multiple spinoffs including Kourtney and Kim Take New York, which was released in 2011. The series focused on the two sisters, Kourtney and Kim as they ventured off to open a D-A-S-H store in New York City; the show was ultimately a huge hit with the audience, having premiered to a stunning 2.7 million viewers. The third season of the latest spinoff, Kourtney & Kim Take Miami first aired on television on January 20, 2013. In 2013, Disick also starred in a web series spin-off titled, Lord Disick: Lifestyles of a Lordーa show in which the reality star offers the audience pieces of advice on how to live like a “king”.

Since their relationship started back in 2006, Disick and Kardashian have had an on and off type relationship. The couple first broke up in 2009 when Kardasian found a suspicious text message on his phone; the two later reconciled after realizing that she was pregnant. The two later welcomed their first child, a son named Mason on December 14, 2009. The family was then joined by a daughter, Penelope on July 8, 2011 and a second son named Reign on December 14, 2014. However despite their image of being a seemingly happy family, Disick and Kardashian reportedly ended their relationship late 2015; the rumours were then confirmed by the stars themselves.

What has the reality star been up to since the split? What happened to Scott Disick? What is he up to now in 2018? 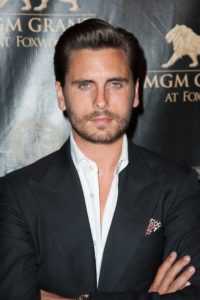 Born on May 26, 1983, in Eastport, Long Island, Scott Disick is the son of Jeffrey and Bonnie Disick. Growing up, his family was fairly well off, as his parents had recently inherited an gracious amount from Jeffrey’s father. His wealthy grandfather, David Disick, who passed away in 2014, was an attorney. As his parent’s only child, Disick had a very close relationship with the two (and still do to this day).

As a young child, he grew up in the New York area and attended a private school called Ross School though he would not end up graduating from the institution. Whilst there, his student life was less than ideal as he would often be called names such as “STD” and “Number One Scum” by his classmates.

During his teen days, Disick worked as a YA cover model and appeared on the covers of Scholastic’s Heartland novel series, as the protagonist’s love interest. Despite not having been an athlete, Disick also had a love for hockey and snowboard during that period. However troubles began to surface for the teen when alcohol soon became involved in his life during the early 2000’s; he was eventually arrested at the age of 18 for drinking while under the influence of alcohol. 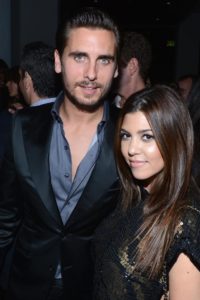 It is unclear as to how Disick and Kardashian have met before they started to date in 2006ーsome sources have stated the two met through a club but it has been unconfirmed. The two had entered into a relationship prior to the start of the reality series, Keeping Up With the Kardashians, which first debuted on television in October 2007. Soon after the series began to air, the couple’s relationship eventually made its way to becoming a part of the show and it was also only then, that Disick garnered fame across the globe as Kourtney Kardashian’s boyfriend.

However as seen on the reality series (and as admitted by Disick himself), the former model has always experienced difficulty with controlling his anger; this would eventually be a reoccurring issue for the two in the relationship. After a few years of being together, Kardashian eventually broke up with Disick in 2009 however the soon reunited after realizing she was pregnant with a child. On December 14, 2009, the two would become parents with the birth of their baby boy, Mason Dash. Following the new addition to the family, Disick and Kardashian relocated temporarily to Miami, to live with the latter’s sister, Kim in early 2010.

Although things seemed to work out initially that year, Kardashian eventually found herself on the edge of wanting to end the relationship once again after suspecting her boyfriend of having an alcohol problem. Despite his original intentions of remaining sober for the family, the male reality star soon had found himself unable to control his drinking habits. In attempts to remedy the problem and change his life, Disick then admitted himself into an alcohol rehabilitation program; his relationship Kardashian also seems to have been remedied as he went to therapy.

On the last episode of the first season of Kourtney and Kim Take New York, which aired in 2011, Disick was seen purchasing an engagement ring for her girlfriend. After being together for over five years, the reality star had felt that it was finally the right time to proposeーhe planned to pop the question to Kardashian during a romantic evening meal together in a restaurant in New York City. However Disick ultimately did not go through with the proposal as he was later asked by his then-girlfriend, “if things are so good now, why would we want to change that?”, after asking for her opinion on marriage.

A year later on July 8, 2012, the couple welcomed their first daughter, Penelope Scotland Disick into the world. A couple years in June 2014, it was announced that the two were once again, expecting. Kardashian gave birth to a son named Reign Aston, on December 14,2014ーas fate would have it, their two sons would share to same birthday five years apart. 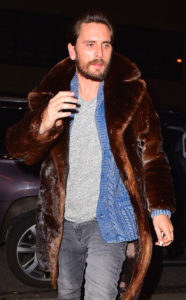 In addition to having been a star on Kardashian’s reality series, Disick has sought out various entrepreneurial venturesーhe runs multiple companies in the vitamin industry. So far, he has released his own line of tanning products for men called the “Monte Carlo” and has also released a line of men menopausal supplements called “Amidren by Scott Disick”. In actuality, the celebrity actually works with GNC (General Nutritions Center, Inc); he ultimately manages the businesses which works to supply GNC with different nutritional products. He has also produced a collagen beauty product called “Rejuvicare” and a fast-shake energizing weight loss protein shake called “Quicktrim”.

Prior to his time in the vitamin world, Disick was also a partner in an New York City Meatpeacking District restaurant called “Ryu”. The restaurant however, closed down after being in the business for a total of 191 days.

As a surprise to many, the reality star claimed to have become a part of authentic British royalty whilst on a tour in London during a ceremonial broadcast in the seventh season of Keeping Up With The Kardashians. The title which Disick later revealed that his full title was “Lord of the Manor of Cruckton Ford”. How does one “get” a lordship titleーwith money, apparently! A simple google search has revealed to us that, there are indeed websites out there, which enable you to purchase and add a royal title to your nameーall for a one time fee of a little under $200 over your credit card! The purchase of a lordship title apparently, also comes with a personalized document with a unique seal, an official certificate as well as instructions on how to fully take advantage of your newly bought title! 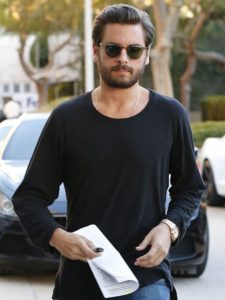 Since splitting up with his ex-girlfriend, Kourtney Kardashian, the former model has been seen hanging out with multiple women, including an ex-girlfriend from the past (though he has stated that he misses family life). Some sources have even gone as far as stating that “it seems like he’s dating a new girl every week”. Fast forward a few months, rumours began floating around that Disick had began to date fellow model, Megan Blake Irwin, after the two were spotted by some to be shopping together in New York City.

However to make matters even more complicated, Kardasian recently announced that she had just found out that she was pregnant once again with her fourth child. The big question now isーis Kardashian pregnant with her and Scott Disick’s fourth child? Following the couple’s earlier breakup, the two had remained on friendly terms and had, according to various sources, even been seen secretly meeting up. If the female reality star is indeed pregnant with his fourth child then one has to wonderーwill the two be reconciling again? After all, they do seem to have a history of breaking up and later reuniting.

In a recent interesting turn of events, Kardashian, along with her four children were seen vacationing at the beach with, that’s rightーher ex-boyfriend, Scott Disick. The pair have also not been shy in sharing their family photos on social media, such as Instagram and Snapchat; Disick even uploaded a photo of her former girlfriend snap chatting a photo. Although the the two did not share any selfies together, they did seem comfortable taking photos of one another. Was Disick just joining in on another one of Kardashian’s family vacations? Or perhaps there’s more to the trip than meets the eye? One thing’s for sure, we might never be able to tell.

Perhaps dangling on the prospects of a happy family reconciliation, Disick was once again seed spending time with Kourtney Kardashian and his three children in Los Angelesーat a glance, they even look like the perfect family! However despite their happy outings, Kardashian’s family does not seem too happy with the recent turn of events. In fact, her sisters were straight out disgusted with Disick after he was caught cheating on Kardashian prior to their break up.

Besides being an active entrepreneur and reality star, Disick is also an active user of social media (well, who isn’t nowadays?). You can find the 33 year old on both Twitter (@ScottDisick) and Instagram (@letthelordbewithyou)ーwith over 23 million followers combined on both platforms, Disick might just be one of the most followed celebs out there (After Kardashian herself of course, who has over 43 million followers on Instagram alone)!