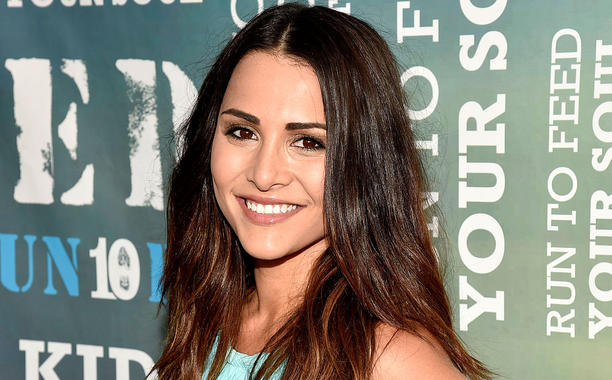 Andi Dorfman is a former attorney best known for being on the American dating reality series, The Bachelor and The Bachelorette. She made her first appearance on television when she was chosen as one of the many contestants to be on the eighteenth season of The Bachelor in January 2014; at the time, she was the first female suitor of Jewish ancestry to appear on the show. As a contestant on the dating show, Dorfman ultimately competed against the other participants for a chance to win the heart of Venezuelan bachelor, Juan Pablo Galavis. However despite the promising relationship between the two during the former half of season, the brunette would eventually walk off on the bachelor during the ninth week; Nikki Ferrell was later chosen by Juan as the winner of the season.

Following her time on The Bachelor, Dorfman was then selected by the producers to be the bachelorette for the tenth season of its sister show, The Bachelorette. First aired in May 2014, the series featured a group of 25 male suitors for the brunette; as the season progresses, Dorfman would then have the opportunity to get to know each of them better through various activities such as one-on-one and group dates. Every week, a handful of contestants would also be eliminated via the traditional rose ceremonyーin which those who are invited to stay on the show by the bachelorette are given roses while the others are left to go home. At the end of the season, former professional baseball player, Josh Murray was announced to be the winner after proposing to Dorfman.

However while the relationship seemed to blossom well initially, the two ultimately ended their relationship the following year in January 2015ーwhile this was shocking for fans at the time, it wasn’t the first time that a pair from the dating series had broken up after the end of the show. Since then, Dorfman and Murray have gone their separate ways; with the latter having began a relationship with Amanda Stanton from Bachelor in Paradise.

So what has the former bachelorette been up to as of late? What happened to Andi Dorfman? Where is she now in 2018? 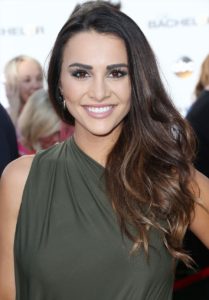 Born on April 3, 1987 in Atlanta, Georgia, Andi Jeanette Dorfman is the second daughter of Hy Lewis Dorman and Patti Smith Dorfman. She has an older sister named Rachael Dorfman; they are of Jewish descent. Growing up in Georgia, Dorfman was often viewed as a tomboy during her early yearsーshe played on the local little league team and was often seen wearing the team’s red athletic uniform. As a teen, she went to Chattahoochee High School located in Johns Creek, Georgia, where she was an active member of the high school varsity tennis team. A sports lover, Dorfman also enjoyed playing golf in her free time. She graduated high school in 2005, and had been voted as “Most Spirited” by her fellow senior classmates.

Following her high school graduation, she moved to Louisiana to attend Louisiana State University, where she studied communications. As an honour roll student, Dorfman was also part of the Phi Mu sorority and was a member of the American Red Cross Club during her time at the university; she eventually received her bachelor’s degree in 2009. The following year, she would enrol at the Wake Forest University School of Law where she would later earn a J.D. After successfully passing the bar exam in 2012, she began to work as an Assistant District Attorney in Fulton County however she would later resign from the position in order to star on the tenth season of The Bachelorette.

Andi Dorfman on The Bachelor 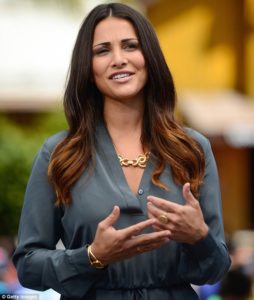 After having triumphed through the auditions, Dorfman was chosen to be a contestant on the ABC dating reality series, The Bachelor in 2014. As implied by its name, the show revolves around a single bachelor, who is given the opportunity to date a number of possible female suitors throughout the season, from which he is later expected to select “the one” the propose to in the finale. Every episode, the bachelor along with the contestants travel to different areas to participate in a number of activities such as group or one-on-one days in order to get to know each other better; at the end of every week, a handful of the possible suitors are then eliminated from the show via an elimination process.

As a contestant on the eighteenth season of The Bachelor, Dorfman made her first appearance on the small screen in the show’s first episode, which aired on January 6, 2014. In it, she was one of twenty seven female suitors who participated for a chance to woo the heart of former Venezuelan soccer player, Juan Pablo Galavis. Throughout the season, many would have agreed that the two seemed to have hit it off pretty well, with Dorfman having been gifted by Juan the first rose during the third week eliminations. In a later episode, she was even chosen to accompany Juan to New Zealand for an adventure out on a speedboat. Having laughed and talked together during their journey through the narrow caves and hidden waterfalls, sparks soon began to fly between the pair, who had grown closer together through the experience. 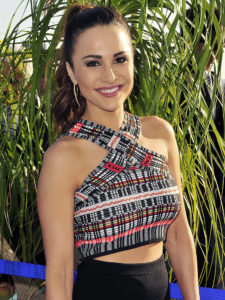 However despite the initial sparks, things soon began to sour during the brunette’s hometown date with the bachelor. In meeting Juan, Dorfman’s parents hadn’t been too impressed with the fact that he was a single dadーin fact, her father hadn’t been happy at all about the fact that her daughter had been the last contestant to have landed a one-on-one date to begin with. Not accepting the fact that the two were truly in love, he would later make it clear to the bachelor that he was only a guest in their houseーand nothing more. In response to Galavis’ question of whether or not he would be welcomed into the family should he choose to propose to Dorfman, her father simply dismissed it as “he’s dating three other girls.”

In a later episode, Dorfman and Galavis would head off for an overnight fantasy suite dateーsomething which she had trouble containing her excitement for, at the time. But despite her initial enthusiasm for the date, she would eventually appear the next morning having made a 180° turn; she would later tell cameras that “[she] couldn’t wait to get out of the fantasy suite” that night.” While it’s unclear what had happened during that faithful night, one thing’s for sure, the brunette had considered it to be “a disaster.” From the experience, Dorfman had also realized that Galavis was not the man for her. Shortly afterwards, she would make her exit from the competition, having ended things with the bachelor prior to the rose ceremony.

Andi Dorfman on The Bachelorette 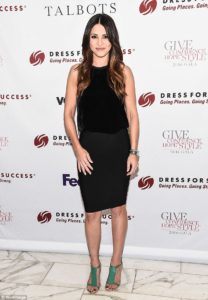 Following her departure from the original dating series, Dorfman would eventually be selected by producers to be the star of its spin-off show, The Bachelorette. To make time for the series, Dorfman had in fact, resigned from her assistant district attorney position. As the bachelorette of the tenth season, she made her first appearance on the premiere of the sister show in May 2014. True to the original reality dating series, The Bachelorette followed a similar format which was much the same as The Bachelorーthe bachelorette would be wooed by a number of possible male suitors, from which a winner would later be selected at the end of the season.

As the pool of contestants grew smaller with every elimination, audience members soon noticed the sparks between Dorfman and the 29 year old, former professional baseball player, Josh Murray. Despite the ups and downs that transpired between the two, Murray eventually proposed to the bachelorette during the season’s finale that July. However despite the romantic proposal and the seemingly perfect chemistry between the two, the pair later announced their break up in January 2015.

Since then, Dorfman has released a book in which she reveals many of the reasons behind the separation; according to her, while it was true that they had been madly in love, they eventually learnt during their eight month engagement that their communication was in fact, not as strong as they had thought it to be. In a later The Bachelor special, the brunette further revealed that not only had they been experiencing ongoing struggles throughout the relationship but she did not feel the support that she deserved and she also felt that she would not be able to give Murray the empowerment that he’d need. Since the separation, the former couple have gone their own ways, with Murray having started a relationship with Amanda Stanton. 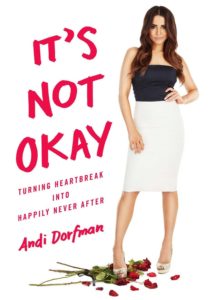 Besides being a reality star and a lawyer, it looks like Dorfman is now also an author! The former bachelorette released her first book, entitled It’s Not Okay: Turning Heartbreak into Happily Never After earlier this year in May. In the text, she shares with readers her story of being on both The Bachelor and The Bachelorette, including the many ups and downs which she’d had to face during her time on the series; she also offers many behind-the-scenes details about the show, as well advice for those who are currently experiencing a break up. However while the book may have been an outlet for her experiences, it seemed to have also stirred up some friction between her and her former fiancé, Josh Murray.

After the release of her book, Murray and Dorfman have been involved in quite a text scuffle on Twitter. The reason behind it? Murray’s apparent claims about the quotes and stories in her book being untrue. While it’s to be expected, that the brunette wouldn’t have much positive things to say about her former fiancee after a failed engagement, the fact that Murray began slamming her new book definitely didn’t help much. According to Murray, many of the things which she’d shared in her book, It’s Not Okay: Turning Heartbreak Into Happily Never After were “fictional.” Firing back in response to his comment on Twitter, Dorfman stated that she only speaks two languagesーEnglish, and truth. While the truth behind the pair’s words may never be revealed (a story always has two sides to it after all), one thing’s for sureーDorfman doesn’t seem all too happy about her former other half’s comments.

If you’d like to stay connected with the reality star of The Bachelor and The Bachelorette fame, you can do so by following Dorfman on social media. You can find her both on Instagram (@andi_dorfman) and of course, Twitter (@AndiDorfman).