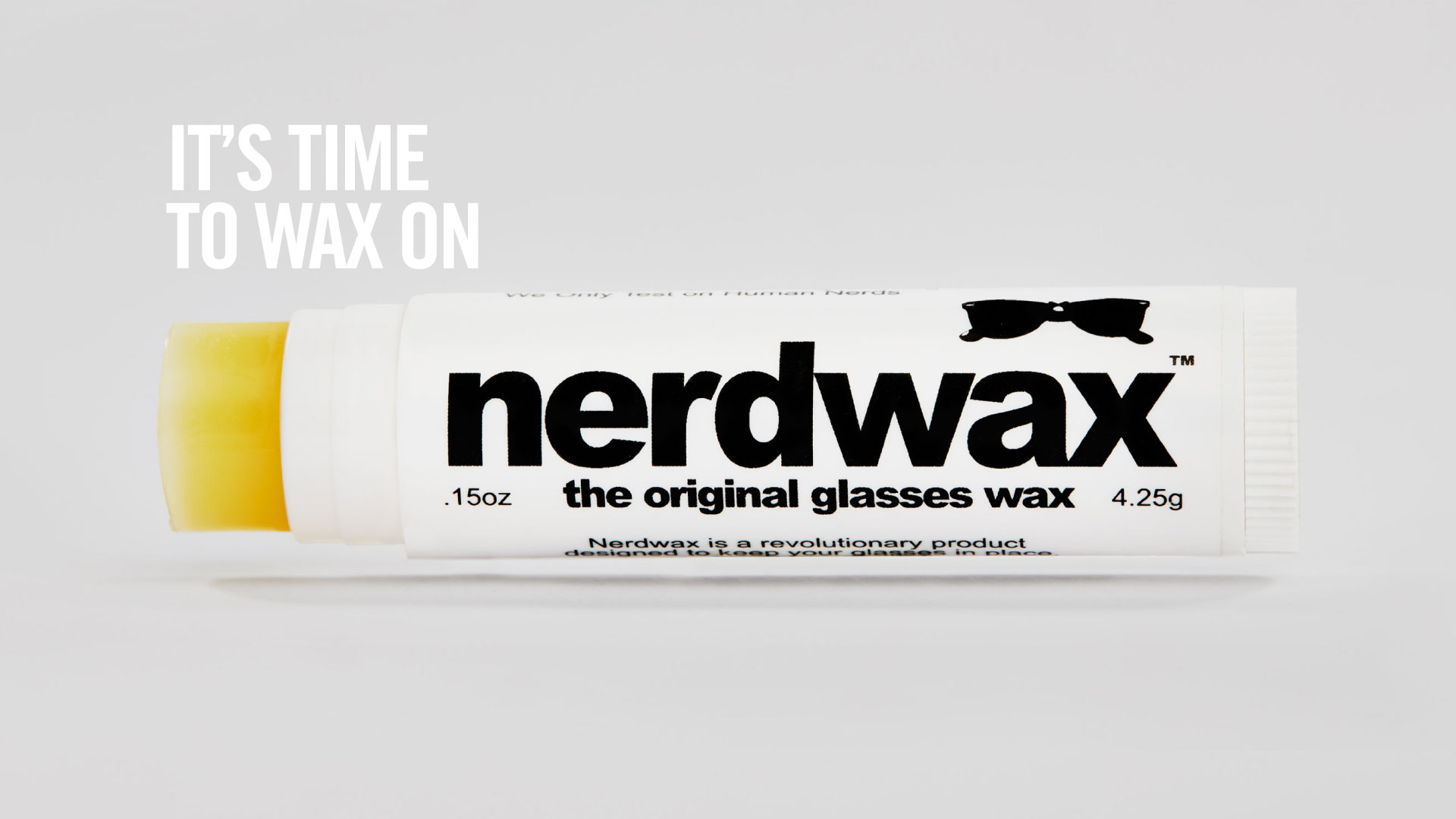 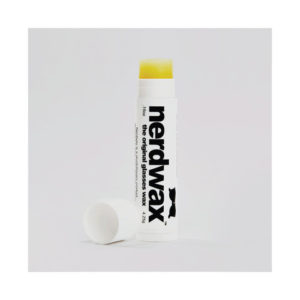 Before he was an entrepreneur, Don Hejny and his wife Lydia were just a couple of ordinary people. They lived out in Nashville, Tennessee with their three kids, and their lives were completely normal. However, one day, Don was struck with an idea. Don wore glasses everyday, and he found himself plagued by a fairly common issue among glasses wearers. His glasses kept sliding off of his face. Although most people who wear glasses are content to adjust their spectacles over the course of the day, Don thought himself better than that. One day, a light bulb went off in his head, and he came up with an innovative solution to this common problem. That solution was Nerdwax.

Nerdwax is a beeswax-based “ointment” that comes in a container similar to chapstick. The wax is meant to be unrolled and applied directly to the bridge or nose pads of a pair of glasses, and it allows the spectacles to remain stuck to your face for an extended period of time. The idea was great, but Don and Lydia’s execution was somewhat flawed. Early on during their process, they contacted a manufacturer and had a great deal of units made. However, they all ended up being defective. The couple spent a long time trying to recover from this incident, which put them months behind schedule and cost them a significant amount of inventory. At this point, they had resorted to cranking out all of their units from their homes. Entering the tank, they were seeking a shark to act as a mentor for the young entrepreneurs, allowing them to get back on track and stay there. 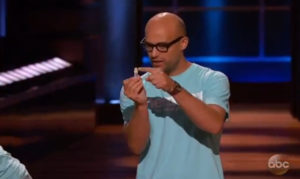 Stepping into the tank, the Hejny family was seeking an investment of $80,000 in exchange for 20% equity in their company. This ask means that they were giving Nerdwax a total evaluation of around $400,000, which is fairly average as far as evaluations go. The sharks were interested in the product as a whole, asking what the product is made out of, and how it was conceived. The couple was sure to boast about the all-natural formulation of the wax, which meant that users of the product didn’t have to worry about their face breaking out if they used it frequently. During their pitch, they were also sure to emphasize the fact that this product wasn’t just limited to being used with traditional eyeglasses. It could also be used by people who wore sunglasses, and the wax was perfectly suited for people who worked outdoors and have to deal with a lot of sweat during the day.

The biggest think that hooked the sharks? Nerdwax’s profit margins. Early on, the two disclosed that they sold a their product for $10 online and for $30 to wholesalers. When Troy Carter, a guest shark, asked how much it costed to make Nerdwax, the sharks were blown away by the response. It only cost $0.35 per tube. With such a genius product and with such incredible margins, some of the sharks couldn’t understand how the couple could possibly need an investment. Mark asked the couple about their total sales, and they said that within about a year, they had earned around $136,000, with $65,000 of those sales being profit. The Hejnys bragged about how their product was receiving a lot of attention from online news outlets like Mashable and Buzzfeed, which was largely responsible for their success early on. 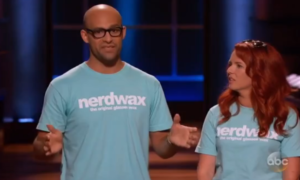 Mark was worried that, once this media attention fell away, Nerdwax would fall back into obscurity. Daymond, who agreed with this logic, asked how many reorders the company was getting. (He was basically wondering how many people were just buying a single tube and never buying it again.) They said that the average tube was able to last someone around 6 to 8 months, so at this stage in the company, they were mainly just getting reorders. Kevin jumped in to say that a tube lasted way too long, and that eight months was an eternity for a reorder. He suggested that the business make the tubes smaller and reduce the price. Even though this would mean that they would make less money off of each purchase, it ensured that people would be more inclined to try the product out, and it also meant that reorders would come more frequently.

Not all of the sharks agreed on this point, however. Lori agreed with Kevin, and said that Hejny would be a lot more profitable if he reduced the size of the product. Mark, on the other hand, thought that it would be a huge mistake to reduce the size of an already-profitable product. Daymond interrupted the debate to tell the couple that the company was too early in its development, and that he felt like they didn’t really need an investment to begin with. With that being said, he dropped out. Even though there was no bringing Daymond back, the Hejnys clarified that they were seeking an investment for a very specific reason. They wanted to use the investment to create more working capital. Daymond wasn’t impressed. 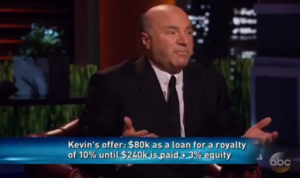 Although he didn’t really have faith in the company, Kevin put in an offer. He said that we was willing to do the deal, with some modified terms. He offered them their $80,000 as a loan, with a royalty of 10% until $240,000 in total was paid back. He also wanted 3% equity on top of that. His reasoning? Kevin felt as though Nerdwax was a product, not a company. Before they had a chance to respond, Mark left them with some advice. He said that he thought reducing the volume of their product would cause the business to move too fast, which was a terrible idea for a small business. Mark explained that the fact that they were such a small and delicate business in the first place meant that they weren’t particularly investable. He dropped out.

Troy, who had remained quiet for the majority of the pitch, felt similarly. He said that the business was small, but he also explained that he liked to be a part of businesses in their infancy. He extended them an offer of $80,000 as a loan, which would be repaid with $120,000. He also wanted 10% in equity on top of that. The key difference between this deal and Kevin’s deal is that Troy was more willing to be a partner with the Hejnys, whereas Kevin was pretty much just giving them some seed money. Although they were flattered by the interest, the couple explained that they were proud of how the company had remained debt free throughout its entire existence. They said that they wanted to keep it that way. With that, they declined both offers.

Nerdwax Now in 2018 – The After Shark Tank Update

So, Nerdwax didn’t ever end up getting a deal in the tank. How are they doing today? Well, fans of the product should be happy to know that the company is still around and kicking. They seem to have chosen to forgo advice from Lori and Kevin, and they continue to sell their product as $10, long-term tubes. The Nashville-based company remains active on social media, and they’ve recently deployed a large marketing campaign to help push their product during the summer months. Not only that, but according to the Nerdwax website, but they can currently now be found in retailers all around the world. (You can even buy Nerdwax in Thailand!) Although Don and Lydia Hejny may not be rolling with the likes of Kevin O’Leary or Troy Carter, they’re still doing really well for themselves.