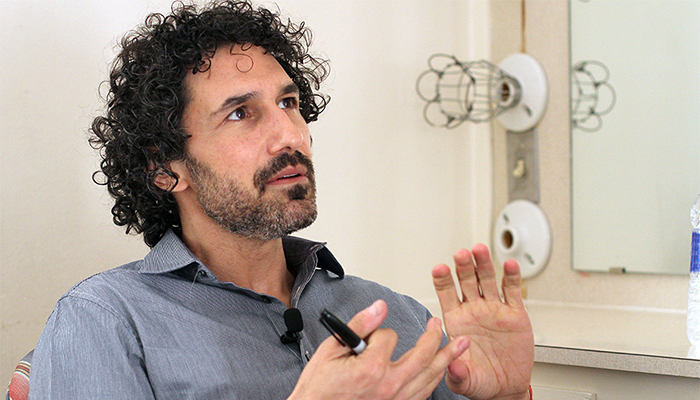 Ethan Zohn is a former soccer player who is best known for being the winner of the American reality competition series, Survivor. First premiered in 1997, the CBS television series follows a “survival  show format” in which a group of individuals are expected to find food, shelter, fire and other necessities for themselves in a remote location with nothing more than the clothes on their back. As the season progresses, a handful of contestants are then voted off every week; this continues until a sole “survivor” remains at the end of the seasonーhe is then awarded the show’s grand prize of $1,000,000. Zohn was ultimately the champion of the series’ third season, which took place in the unforgiving lands of Africa.

Besides having fought for his survival in Africa on reality television, Zohn has also starred in a number of different TV shows as himself including Miss Universe Pageant (2002), Fear Factor (2005), The Amazing Race (2011), and Everyday Health (2012). Having gained fame and recognition for his time on Survivor, Zohn has also made a handful of guest appearances in various talk shows throughout the years including Late Show with David Letterman (2002), The Late Late Show with Craig Kilborn (2004), The Late Late Show with Craig Ferguson (2005), The Jeff Probst Show (2013), amongst others. The Survivor champion also ventured briefly into acting during the 2000’s; some of his works as an actor include the television film, The Scorned (2005), the TV series Celebrity Paranormal Project (2006) and the thriller, Drive-In Horror Show (2009).

An athlete at heart, Zohn is also a skilled soccer player and has actually been considered by many to be one of the most influential soccer players of the last decade. Having played soccer through college, he eventually joined and competed with the Cape Code Crusaders and Hawaii Tsunami following his graduation. Since his win on the Survivor game show, he has also donated a generous amount of his winnings to start Grassroot Soccerーan organization who aims to use the sport of soccer to raise awareness and combat AIDS in Africa.

But what has the man been up to nowadays? What happened to Ethan Zohn? Where is he now in 2018? 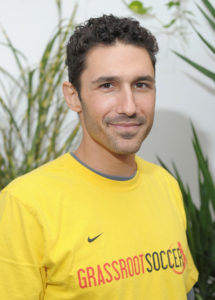 Born on November 12, 1973 in Lexington, Massachusetts, Ethan Zohn is the son of Rochelle and Aaron (who passed away from colon cancer in 1988). He has two older brothers named Lee and Lenard; the brothers are of Jewish descent. Growing up, Zohn went to Lexington High School and had also attended Temple Emunahーa local organization in the city which helped to build Jewish identity. As a Jewish boy, Zohn would eventually become a bar mitzvahーa “son of mitzvah”, at the age of thirteen under Jewish law at the Conservative congregation, where his father had been serving as the vice president. During his junior year of high school, Zohn would get into soccer, eventually going as far as to compete at the JCC Maccabi Games held in Detroit later that summer.

However, grief soon fell upon the family when Zohn was 15 years oldーhis father, Aaron had passed away from colon cancer. Faced with the tragic news, the teen simply wanted to retreat back into his room; having grown up to be fairly close with his father, the incident had affected Zohn deeply. With the help and support of his close friends and family (particularly his mother and older brothers), he would eventually overcome the loss; he would later thank the closeness that was the Jewish community during his difficult times.

Following his high school graduation, Zohn relocated to the bustling city of New York to attend Vassar College in upstate New York, where he studied biology. Not wanting to part ways from the sport which he’d  loved, Zohn continued to play as a goalkeeper for the college’s football team during his time at the university.  After graduating with his Bachelors of Arts degree in 1996, he would go on to become a professional soccer player, playing for a number of big name teams such as the Highlanders Football Club, the Hawaii Tsunami and the Cape Cod Crusaders. 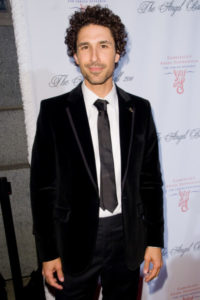 Following his college graduation, Zohn would eventually turn professional and play for the Highlanders Football Club in Zimbabweーat the time, he would be one of only two caucasian players in the eighteen team league. Having moved to the African country of Zimbabwe from upstate New York, Zohn had stayed with a middle class white Jewish family during his time in Africa; he would soon become quickly acclimated to the small, conservative community. However while Zohn had enjoyed the Shabbat dinners and the company of his fellow neighbours in the small town, it would also be then that he would witness firsthand, the ruthlessness that is HIV and AIDs. Zohn would later recall scenes of his soccer teammate’s deathーhow he had seemingly passed away both ostracized and alone. His experience with AIDS in Zimbabwe would ultimately lead him to establish the Grassroot Soccer organization in 2002.

Ethan Zohn on The Survivor 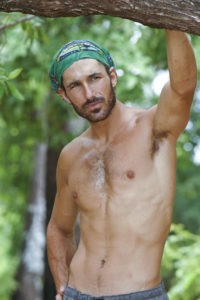 In 2011, Zohn was cast as a contestant on the third season of the CBS survival reality show, Survivor: Africa. Created by Charlie Parsons, the series follows a format in which a number of individuals are left in an isolated location by themselves; they must then find and provide necessities such as food and water for themselves during their time on the show. Every episode, the contestants also compete in various challenges for a variety of rewards, such as immunity from upcoming elimination. As the season progresses, a number of contestants are then progressively eliminated from the survival game via a vote-off by their fellow competitors until a champion remains at the finale; the winner is then given a grand prize of $1 million dollars.

Each season of Survivor also takes place in a different location, the third season, which Zohn starred in, took place in Africa. In it, sixteen contestants were split into two different tribesーthe Boran and the Samburu; they were then provided with fenced camps to help protect them from wildlife in the area. As a Boran member, Zohn was able to help their team win many immunities; as a result, he was not considered to be an immediate target by others early on in the game. Despite the fact that some of the members from his alliance  had switched over to the Samburu tribe, Zohn was eventually able to regain control of the game with fellow contestants, Goldsmith and Johnson. After weeks of challenges and vote-offs, the final three were leftーZohn, Johnson, and Vanden Berghe. Zohn would then go on to beat Johnson and Vanden Berghe in the finale, to become to Sole Survivor, taking home the grand prize of $1,000,000.

Since the series first aired on television in May 2000, it has been a huge success; during the early 2000’s, it was also rated to be one of the top ten most watched TV shows at the time. Having garnered a huge audience, Survivor has also won a number of awards and nominations throughout its run, including seven Primetime Emmy Awards from 2001 to 2011. In 2007, Survivor was also named to be “One of the 100 greatest TV shows of all time” by Time Magazine; similarly, the shoe was also ranked number 39 on TV Guide’s list of “60 Best TV Series of All Time.” 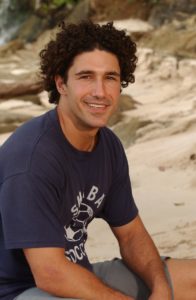 Following his successful win on Survivor: Africa, Zohn was invited by show producers to take part in Survivors: All-Starsーa season which featured castaways from previous seasons. Set in the Pearl Islands, the competition was unique in that it had, for the very first time, 18 contestants (as opposed to the usual 16) and three tribes (instead of two). As a previous winner in the Saboga tribe, Zohn was considered to be an immediate target by many fellow contestants early in the game; however he would be kept in the team for his ability to win challenges. After the disbanding of the Saboga tribe following a loss in a challenge, Zohn joined the MogoMogo tribe along with previous tribe-member, Jerri Manthey. Despite a promising play, he was later voted out by a vote of 4:1 in episode eight, putting him in eleventh place overall. Contestant Amber Brikich would eventually win the season.

In 2005, Zohn once again made an appearance on the small screen in the reality game series, Fear Factor. First premiered in 2001, the show followed a format in which contestants must perform three professional stunts in order to win the grand prize of $50,000; if one is too scared to attempt the stunt, or if they fail, they would then be eliminated from the competition. As a season five contestant, Zohn was up against many other reality starsーincluding previous Bachelorette winner, Ryan Sutter and Survivor: The Amazon winner, Jenna Morasca (who was also Zohn’s girlfriend at the time). He would ultimately finish second, after Sutter during the finale episode.

Since then, he has gone on to star in numerous television shows, including VH1’s Celebrity Paranormal Project, the TV series, Earth Tripping, and in the season premiere of the reality game show, The Celebrity Apprentice 4. 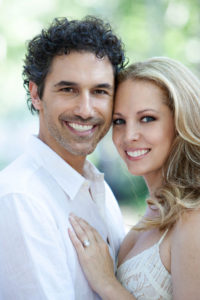 Just this July, the Survivor star made headlines after tying the knot with longtime girlfriend, Lisa Heywood. Following celebrations at a rehearsal dinner the previous night, the couple then held a traditional Jewish ceremony the next day in the formal hardens of the Park McCullough Houseーa Victorian mansion built during the 19th century. Officiated by Cantor Shira Nafshi and Rabbi Robin Nafshi, the couple said their “I do’s” under a chuppah covered with flowers. At the wedding, the groom wore a beautiful ivory linen suit while the bridge wore an elegant champagne coloured mermaid gown and a handcrafted headpiece. It’s no doubt that the newly weds are excited to begin their lives together as husband and wife!

As a cancer survivor (Zohn was diagnosed with Hodgkin’s Lymphoma in 2009, he was later announced to be cancer free in 2013 after two rounds of stem cell transplants from his brother), Zohn also took part in a recent charity bowling event, termed “Bowl for a Goal” as the emcee. Held at the Splitsville Luxury Lanes in the town of Foxborough, the occasion was organized by the New England Revolution Soccer Club and would benefit the Special Olympics Massachusettsーit would also be their second annual bowling charity event. Considering the fact that Zohn had always held soccer close to his heart, it’s no surprise that he participated in the fundraising event at all!

If you’d like to stay connected with the reality star, you can do so by following him on social media. You can find Zohn on Twitter (@EthanZohn) or on Instagram (@ethanzohn)!