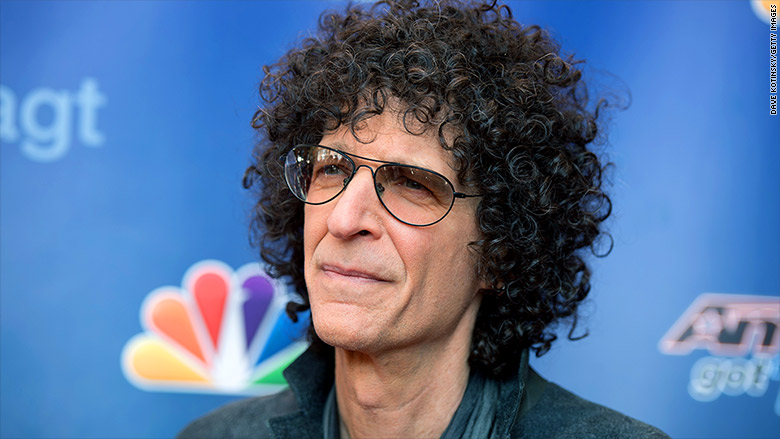 Howard Stern is a radio personality best known for being the host of the American talk show, The Howard Stern Show. Having always had an interest in radio, Stern landed his first couple of radio jobs while he was a student at Boston University at the campus’ station. He later continued to go on-air in a variety of different radiation stations including the WCCC in Hartford, Connecticut, the WRNW in Briarcliff Manor, New York and the WWDC in Washington, DC during the 70’s and 80’s. Stern then went on to work at the New York City radio station, WNBC during the afternoons from 1982 until he was eventually relieved from his position in 1985.

Following his firing, Stern signed onto the FM radio station, WXRK (currently known as WBMP) to work the afternoonsーat the time, he was known to have combined both music and talk into the program. Throughout his twenty years as a radio personality over at WXRK, he gained thousands of listeners and eventually had his talk show syndicated to 60 markets around the world and had garnered over 20 million listeners. For his accomplishments in the radio industry, Stern received numerous awards, including eight “Nationally Syndicated Air Personality of the Year” Awards. He has since become one of the most popular radio personalities in the world, having signed a $500 million contract with Sirius in 2004. In 2012, he was also inducted into the National Radio Hall of Fame.

Besides being an accomplished radio talk show host, Stern has also an author and a photographerーhe  even hosted a handful of late night television shows! As an author, he released his first book in 1993, an autobiography titled “Private Parts” and later released his second book titled “Miss America” in 1995; both have since sold over one million copies and have been listed at the number one spot on The New York Times Best Seller List. The former was later made into a successful film during the late 90’s, having grossed over $41 million dollars across the country. A multi-talented man, Stern is also great behind the lens and have had multiple pieces of his photography work published in both the WHIRL and Hamptons magazine.

But what has the famous radio personality been up to recently? What happened to Howard Stern? Where is he now in 2018?

Howard Stern’s Early Life and Love for the Radio 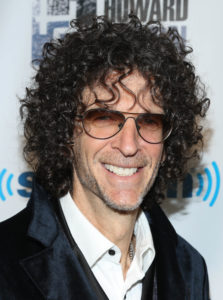 Born on January 12, 1954 in Queens, New York, Howard Allan Stern is the son of Ray, an office worker and Ben Stern, a home maker. He is of Austrian and Hungarian descent and has an older sister named Ellen whom he have described to be the complete opposite of him in terms of personality. When Stern was one year old, his family moved from his birth city of Queens to Roosevelt, on Long Island. Having been exposed to his father’s recording studio (who worked as a radio engineer at the time) from a young age, Stern began to take an interest in “talking on-air” especially after having heard the work and voices of Don Adams and Wally Cox on the radio. Realizing his son’s growing interest, Ray later gifted him a tape recorder which he would then use to create his own radio shows as a child. He first wanted to be on the radio at the age of five.

As a young boy, he went to Washington Rose Elementary School and later attended Roosevelt Junior Senior High School; however he was often bullied as he was a caucasian boy in a predominantly black neighbourhood. In 1969, the family moved to the village of Rockville Centre, where he would then go to South Side High School until is graduation in 1972. Always a performer, Stern was known for his interest in marionettes and often put on various shows for his family and friends.

After graduating from high school, Stern attended the College of Basic Studies at the Boston University for two years in 1972. Wanting to realize his dream of being on the radio, he began to work at his campus’ radio stationーWTBU, where he played music, hosted interviews and read the news to its listeners. Soon, he began to co-host a weekly comedy talk show called The King Schmaltz Bagel Hour with three other students. A couple of years later, Stern transferred to the School of Public Communications; he later went to the Radio Engineering Institute of Electronics in Virginia, where he earned his diploma and first class radio telephone operator license. 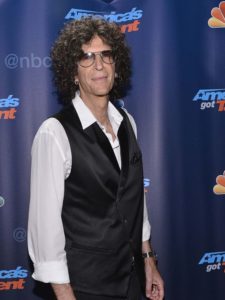 With the necessary certifications under his belt, Stern eventually landed a professional radio job at WRNW in 1976 after having previously declined an offer from the station. Despite the initial mishap with WRNW, the station’s director was impressed with his professionalism and eventually hired him to work four hour shifts for six days per week. The following year, he would be promoted to become the station’s program and production director.

A few years later, Stern auditioned for a position at the rock station, WCCC after having spotted a recruiting  advertisement in Radio & Records. In attempts to fit the ad’s description of a “wild and fun morning guy”, he then sent an “outrageous” audition tape to the station; he was later hired. While the position offered him the same salary as his previous job, it also involved a more highly intense scheduleーa challenge which Stern accepted. Although it involved more work, he was satisfied with working at WCCC at the time, citing that it “had represented what [he] wanted to do on radio more than anything”. However despite the enjoyment he got from the job, he later quit his position after having been denied a raise.

Following his departure from WCCC, he landed a new position at the Washington station, WWDC. Paired with newscaster Robin Quivers on the show, Stern quickly grew in popularity; by January 1982, they had had the second most highest rated show in the area. However, the two would eventually be fired in 1985. Continuing his passion of working in radio, he then worked for the rock station, WXRK after having signed a five year deal with an estimated worth of $500,000. His success would continue past the 80’s and through the 90sーwith his buzzing popularity, Stern would also eventually go on to describe himself as the “King of All Media”. 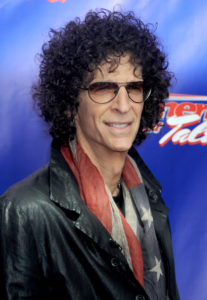 In 2004, Stern signed a five year deal with Sirius Satellite Radioーa contract that included a yearly budget of $100 million for various production costs. Subsequently, the radio personality was assigned two channelsーHoward 100 and Howard 101, which launched in September 2005. With the growing popularity of his shows, Stern eventually formed a radio news team called Howard 100 News and a cable, pay to view television service called the Howard Stern on Demand; the latter was eventually relaunched in 2006 as Howard TV however it later ended its services in 2013. Exceeding subscriber targets upon the show’s first broadcast, Stern later received over 34 million shares in Sirius stocks; he soon reached another subscriber target in 2007 which garnered him 22 million shares in the company which was worth an estimated $83 million.

After years of continuing that routine, Stern eventually decided to continue his radio show with Sirius and signed a new five year contract in 2010. Compared to his previous contract, this new deal had offered him a less hectic work schedule of three live talk shows per week (compared to four/week previously). It was also around that time that Stern began to take up photography; he eventually had some of his images featured on both the North Shore Animal League and on the WHIRL magazine.

The following year, Stern also made his debut into reality television when he was cast as a judge on the seventh season of the reality competition series, America’s Got Talentーreplacing Judge Piers Morgan. The announcement of his appearance on the show was first announced via his radio show in December 15, 2011. To accommodate for his radio commitments, the live episodes of the season were moved from LA to New Jersey. The season first aired in May 2012, it later ended in September 2012 with the Olate Dogs having won the competition. In 2013, Stern was announced to have ranked first, alongside America’s Got Talent creator Simon Cowell, on Forbes’ list of “America’s Highest Paid Television Personalities” with earnings of $95 million between 2012 and 2013.

Stern met Alison Bernsーhis first wife, during his time at Boston University though mutual friends. After having worked together in a student film, the two later started a relationship; Stern having cited that he already knew he was going to marry her after a week. The pair eventually tied the knot in June 1978 in Brookline, Massachusetts; they have three children, daughters Emily Beth, Debra Jennifer and Ashley Jade. However they later separated in 1999 after 22 years of marriage; Stern subsequently moved to his apartment in Manhattan following the separation.

In 2000, Stern began to date Beth Ostrosky, who worked as both television host and a dating model. After seven years of being together, the couple announced their engagement in February 2007; they married in New York City in October 2008.

What has Howard Stern Been Up to Recently? 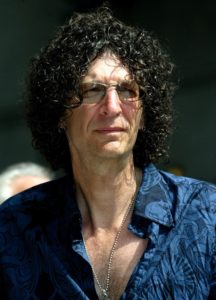 After Stern’s leave from terrestrial radio in 2005, he had turned towards the newer world of satellite radio, which had offered him both a larger audience and less headaches over censorship. So it didn’t really come as a surprise to many, when he announced the renewal of his contract with Sirius XM Radio in December 2015. The effects of the new deal took effect in 2016 and included both a 12 year agreement for the radio star’s video and audio archives and a video programming service which would be distributed through an app. While the exact financial numbers surrounding the deal have not been publicly disclosed, it can be easily presumed to be better than his previous contract.

Recently this August, Stern was featured on many tabloids after having expressed his desire to interview American politician, Hillary Clinton. While she hasn’t accepted any requests for sit-downs this year, it didn’t stop Stern and his team from making their pitch and offer to the Democratic nominee. Having stated that he believes Clinton to be a “fascinating person”, he conveyed that he had wanted to talk to Clinton as a fellow “human being”, and not as the politician which she is primarily known for. Will we see her on the Howard show soon? So far, your guess is as good as ours!

If you’d like to stay connected with Stern, the easy way would be to turn on your radios to tune into his shows Howard 100 and Howard 101. But for those of us who are are more avid social media users, you can also find him on Twitter (@howardstern) and Instagram (@sternshow)!