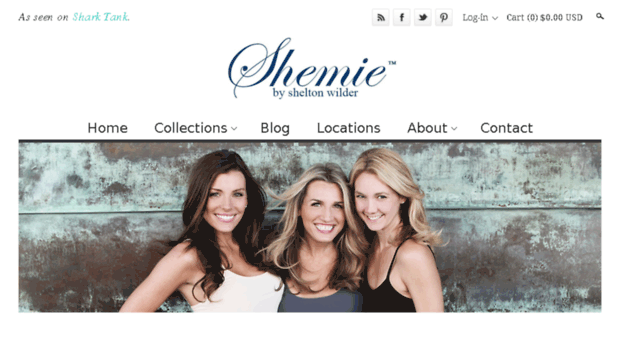 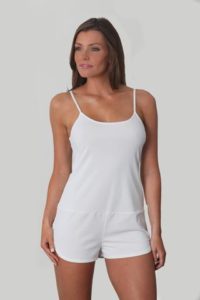 Shelton Wilder has been working in the fashion industry for a handful of years now. For a while she worked as a personal stylist at Nordstorm but was also a woman’s fashion purchaser. This kind of exposure to the industry allowed her to have some insight on the incoming and outgoing trends. It gave her the idea to reinvent the woman’s slip. Shelton wanted to create something with a more modern and sophisticated twist to it. That was when the concept for the Shemie began.

Since having thought up the idea, Shelton was able to produce some variations of the project. This was definitely a step in the right direction, but she knew that she was going to need some professional help to get the business properly started. In order to get the proper amount of exposure for the Shemie, Shelton was going to have to find someone to invest into her brand. It was definitely going to be a risk to take the Shemie to the Shark Tank without any sales under her belt, but she believed that she could get at least one of the Sharks to bite into her new product.

The Shemie on Shark Tank

Wilder enters the Shark Tank seeking a $60k investment in exchange for a 20% stake in The Shemie. Then she begins to explain that the woman’s slip has been in desperate need of an update. That’s where the Shemie comes in. She has turned the slip into a sexy staple to every woman’s wardrobe. She has created a line for all body types and the material is both soft and sexy.

Wilder wanted to reinvent the slip because she herself is a fashion stylist, but she wanted to move on to the next level. She wanted to be able to get her foot through the fashion designing world. With her in the Shark Tank are two models who are modeling the Shemie slips. The “scoop” is a longer, dress type slip that you can easily wear layers over and turn into a date appropriate outfit. Then there is the romper which protects women from wardrobe malfunctions whenever they want to wear slightly shorter dresses.

After showing the Sharks her product, Wilder enthusiastically jumps right into their questions. Kevin O’Leary asks whether or not women who are curvier would particularly enjoy wearing a piece like this. Wilder explains that the Shemie is supposed to be a comfortable piece in a woman’s wardrobe. There are so many products out on the market that are made to squish a woman’s body to change its shape, but that’s not what she wants to do. The Shemie is supposed to make a woman feel both comfortable and great in her own skin.

relationships ever since. Being a manager and product purchaser at Nordstorm, Wilder was capable of making a verbal agreement with them. All she needs to do is build up her inventory and then they will carry her product in stores.

Lori Greiner is skeptical of a verbal agreement, but the business has only been up for about six weeks now. All of the Sharks seem surprised by this. The first thing Robert Herjavec asks is whether or not she has any sales. As of right now, a few locations have placed soft orders. This means they will definitely be placing orders once Wilder is ready for them. O’Leary claims this is just a “long way of saying you have no sales”.

After realizing that she has no sales, O’Leary is very displeased with her valuation of the company. By asking for a $60k investment, she is valuing The Shemie at $300k. O’Leary finds this absolutely ridiculous and wants her to explain herself. Wilder claims that she is dedicated hustler who will put herself out there. She will work hard to get this product out there because making women feel great is her passion. O’Leary isn’t convinced that this is enough because she still has no way of promising them that The Shemie will make money. For that reason he refuses to give her any money.

Things get a little confusing in the Shark Tank when Wilder reveals that she used to be a part of a similar brand with a friend of hers. The design was all her own, but the business ended because her partner experienced a family emergency. However, that isn’t the only reason the original business closed down. Wilder was struggling with an addiction at the time which is why things didn’t work out and she had to reboot the business. It has been 2 years since she’s been sober and now she is ready to get back into the game.

The Sharks appreciate her honesty and obviously respect her story. Herjavec is still confused though. It’s a real challenge to build up a brand, so he doesn’t understand why she would give up on a name that was already successful. Wilder claims that her former brand was full of bad memories for her and that she wanted a new start. The only person who doesn’t seem to appreciate her not just coming out and admitting her addiction is O’Leary. He lashes out at her and appears to have overstepped his bounds.

Greiner injects herself into the conversation. She appreciates Wilder’s bravery for coming to them today and can understand her struggles. She also thinks the product is nice, but the issue is that there are similar things out there. But Wilder has the drive and passion to make it successful. Greiner doesn’t believe that she needs any of them to invest because she can do it all on her own. That is her polite way of saying she will not be making an offer.

That leaves three more Sharks in the tank. Mark Cuban, Daymond John, and Herjavec all seem to have the same thoughts. Wilder definitely deserves a second chance. However, with that being said, the business is still too fresh. The Shemie has no sales and they have no way of knowing what kind of success it will be. So they all respectfully decline to make her an offer and wish her the best of luck on her way out.

The Shemie Now in 2018- The After Shark Tank Update

Not being able to strike up a deal with one of the Sharks was no skin off Shelton’s nose. She had strategically put a Kickstarter into place that went up to the public after her episode of Shark Tank aired. The attention from the show allowed her to bring in $30k from the Kickstater. This extra bit of money set her production into motion and she was able to make appearances with the Shemie at a plethora of fashion shows.

Since having appeared in these fashion shows, Shelton was able to grab the attention of some of the top 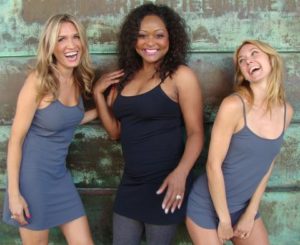 fashion magazines in the world. The Shemie has been featured in Vogue, Glamour, Cosmo, and a handful of other magazines that have a massive following. People were clearly seeing the potential in her new sleek product and wanted to have their hands on it as soon as possible.

Shelton was able to eventually launch The Shemie, making it available to the public. As of right now it is only available through specific locations in Georgia, Florida, North Carolina, and California. However, anyone can purchase The Shemie through it’s website, http://www.theshemie.com/. The products themselves are a little more on the expensive side, they are good quality slips and customers seem to have nothing but praise for them. Overall, Shelton managed to make a success out of her business.