What Happened to Babyface- News & Updates 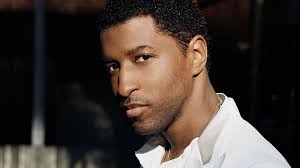 Babyface is a professional musician who is best known for being one of the top R&B singers in the country. Taking to the guitar at a young age, he began to write and compose his own songs during his teen years as a means of expressing his feelings. Eventually mastering the keyboard, Babyface joined and performed with multiple groups including Manchild and the band, The Deeleーtogether, they released multiple albums during the late 70’s and 80’s. It was also during that time, that Babyface met L.A. Reid (who was also a member of The Deele); having befriended him, the two later began to work together as a duo producing music for various big name artists such as Whitney Houston and Paula Abdul. Although he achieved much success in collaboration with Reid, Babyface never turned his eyes away from a potential solo career. After securing a deal with SOLAR Records, the aspiring artist released his debut album, Lovers in October 1986.

Having gained widespread media attention for his music over the years, Babyface is one of the most well-known R&B pop singers in the country. To date, he has released eleven solo albums and close to forty singlesーmany of which later went on to become hits. In 1989, the artist received a BMI Songwriter of the Year Award which he shared with his partner L.A. Reid. Since those days, his collection of titles and honours have only grown larger; so far, he has received ten Grammy Awards, a Trumpet Award, an American Music Award, an NAACP Image Award, amongst numerous others. Recently in 2013, the musician was also honoured with a star on the Hollywood Walk of Fame; not to mention the fact that he even has a highway named after him!

Besides his solo projects, Babyface has been involved with the soundtrack of countless popular television series. Some of which come to mind include Boomerang (1992), Ghostbusters II (1989) The Prince of Egypt (1998), Waiting to Exhale (1995) and Anna and the King (1999), all of which have garnered the artist several awards including five BMI Film & TV Awards, an ASCAP Film and Television Music Award as well as two Primetime Emmy Award nominations. However despite his achievements in the music scene, it isn’t the only thing that he’s good at; believe it or not, the R&B singer has also ventured briefly into acting during the 90’s and early 2000’s. He made his TV debut when he appeared in an episode of the comedy series, The Sinbad Show in 1994; some of his other projects as an actor include Soul Food (1997), Hav Plenty (1997), and Josie and the Pussycats (2001). Not to mention, he’s also a contestant in the recent season of the dancing competition, Dancing with the Stars!

But what has he, who has made a name for himself in the music industry, been up to nowadays? What happened to Babyface? Where is he now in 2018? 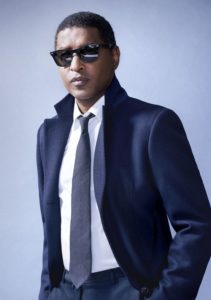 Born on April 10, 1959, in Indianapolis, Indiana, Baby Face (Real Name: Kenneth Brian Edmonds) is the son of Barbara and Marvin Edmonds; he is the second oldest out of six siblings. Growing up in the Midwest with his five brothers, Baby Face first learnt how to play the guitar when he was in grade school. As a teen, he went to North Central High School, where he was regarded as quite a soft-spoken student; it was during that time that he began to write songs with his guitar as a means of expressing his emotions. When Baby Face was thirteen, his father had tragically passed away due to lung cancer, an event that led him and his brothers to be raised by their mother. It was during this difficult period that the teen found his calling in music.

After graduating from high school, Babyface (who was still known as Edmonds at the time) joined the soul band, Manchild; he went on to perform with the group for a number of shows before eventually leaving to join a R&B group called The Deele. While he acted as the keyboardist in the band, with every performance together, he also became closer with drummer, L.A. Reidーthe two later left the band together in 1988. It wasn’t long until the two began to work as a songwriting and production team; the duo wrote music for many big name artists such as Bobby Brown and Karyn Whiteーthey even established their own label, LAFace Records a few years down the road.

However despite having been kept busy with his songwriting gigs with Reid, Babyface never let go of his desires to become a solo recording artist. With much perseverance, he eventually secured a recording contract with SOLAR Records and released his debut album in the mid 1980’s. 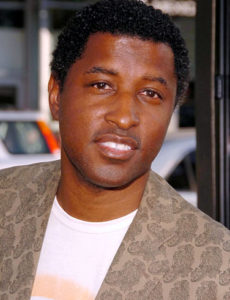 Babyface released his debut studio album, Lovers in October 7, 1986. Produced by L.A. Reid and the artist himself, the album was recorded while the latter was taking a short hiatus from performing with his band, The Deele. Met with moderate success, the track list consisted of nine songs including You Make Me Feel Brand New, I Love You Babe and If We Try, the third of which later reached number eight on the Top R&B Singles Chart. Lovers itself peaked at number twenty eight on the Top R&B Albums Chart and was given a three star rating from critics at Allmusic. A few years after its original release, the album was re-released under Epic Records.

Three years after his first professional solo release, Babyface put out his second studio album, Tender Love in July 1989. A follow-up to Lovers, the album was recorded in the span of a year at multiple Hollywood studios. Met with even greater praise compared to his initial effort, Tender Love was a commercial hit, having topped the US Top R&B Albums Chart and reached number fourteen on the Billboard 200. At the receiving end of close to perfect scores by critics, the album later garnered Babyface three Grammy Award nominations as well as a nomination for a American Music Award for “Favourite Soul/R&B New Artist.” His best-performing R&B album to date, Tender Love has since sold over 3 million copies in the US and has spawned four singlesーMy Kinda Girl, Whip Appeal, Tender Lover and It’s No Crime.

In the summer of 1993, the artist released his third full-length album entitled, For the Cool In You. Garnering much positive attention for Babyface, the album was greatly praised by critics and earned the singer two Grammy Award nominations and a win for “Best Male R&B Vocal Performance.” For the Cool In You found its way to the second position on the Top R&B and Hip Hop Albums Chart and to the sixteenth spot on the Billboard 200; it also charted in Australia and New Zealand where it settled in at number two and number forty-nine respectively. Babyface’s second 3x Platinum Certiffied album in a row, it later lead to the release of four singlesーNever Keeping Secrets, And Our Feelings, For the Cool In You and When Can I See You.

Having effectively cemented his place as a rising R&B artist, Babyface released his next album, The Day in October 1996. Produced by none other than the singer himself, the album was different in that it featured several other music artists such as Mariah Carey, Eric Clapton, Kenny G, to name a few. Overwhelmed with favourable reviews, critics at Allmusic even went as far as describing it to be a “polished yet soulful production.” Upon its release, The Day peaked at number four on the Top R&B and Hip Hop Charts and at number six on the US Billboard 200; it also gained much recognition in many other countries such as France, Canada, Japan, New Zealand and Australia. Initially certified Gold a year later in 1997, it has since received 2x Platinum Accredication from the RIAA for selling over 2 million copies. 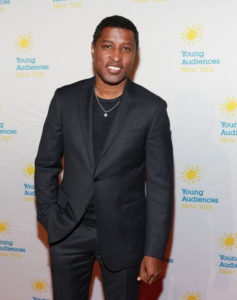 After recording a Christmas album in the holiday season of 1998, Babyface released his next major solo album, Face 2 Face in September 2001. His first record with Arista Records, the album also welcomed the artist’s long-time friend, partner and producer, L.A. Reid back into its production team. In contrast to his previous albums, Face 2 Face featured more uptempo sounds amongst is fourteen song track list such as There She Goes and What If. Coincidentally released on the same day as the 9/11 attacks, the album was the recipient of mixed reviews; while some critics applauded Face 2 Face for being another great work from the artist, others deemed it to be of much lesser quality compared to his earlier works.

Over the next few years, he continued to release multiple albums including Grown & Sexy (2005), Playlist (2007), Love Marriage & Divorce (2014) and Return of the Tender Lover (2015); with Love Marriage & Divorce being a collaboration with fellow music artist, Toni Braxton. Although they all managed to find their way up on to the charts in the US however, they would never go on to replicate the same level of success as that of the late 90’s. 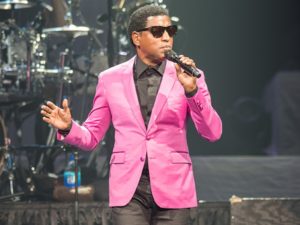 Not only can the man sing, but he can also apparently dance. Showing off his dance moves, Babyface joined the cast of the American reality competition series, Dancing with the Stars. Premiered on September 12, 2016 on the ABC Network, the show’s 23rd season saw the singer partnered up with professional dancer, Allison Holker.

Although the two whipped up some fairly impressive moves during the initial episodes of the show, the pair were later eliminated first during week four’s double elimination. While it may have been disappointing that he didn’t walk out as the winner, Babyface stated in a later interview that he was proud of what he’d accomplished on the series and that his mom would also be proud of him for doing so.

This summer, the veteran R&B singer also performed at the Hollywood Casino Amphitheater alongside New Edition. Despite the fact that the temperature crept to the 100’s, Babyface didn’t scale back his performance at all; in fact, they sang their hearts out until it was time to leave the stage at the end of the night. Opening the set first, Babyface sang the song, For The Cool In You before he closed the show with a rendition of End of the Road by Boyz II Men. Despite the sweltering heat, the concert seems to have been nothing short of successful.

If you’d like to stay updated with the R&B star, then make sure to follow him on social mediaーyou can find active on his Instagram (@babyface) or Twitter (@KennyEdmonds) accounts. Or if you’d prefer, you can also drop him a visit on his official website (babyfacemusic.com) or Facebook page (@BabyFace) for some of the latest news!