What Happened to Nick Carter – 2018 Update 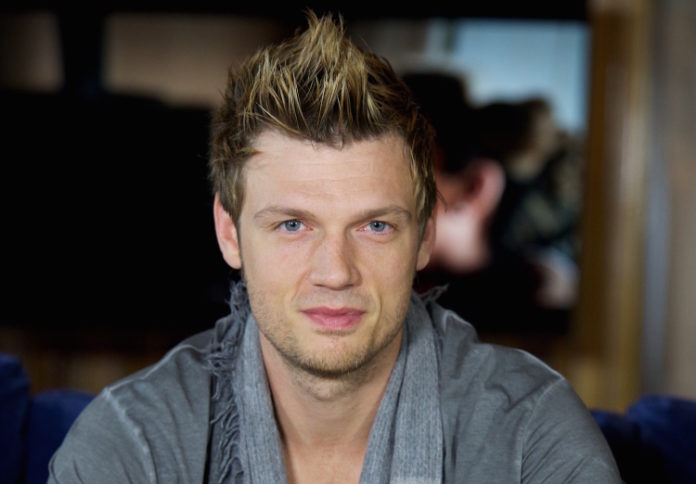 Nick Carter, noteworthy teenage heart-throb from the 1990s and a musician, is best known for this time with the Backstreet Boys. He is also the older brother of Aaron Carter, who was not a member of the Backstreet Boys but managed to follow them closely and also launch himself into a musical career. How many musical accolades has Nick Carter achieved and how many hearts has he broken? Read on to find out more.

Just like his younger brother Aaron Carter, Nick Carter was born in New York to two parents, who owned a bar named the Yankee Rebel. The family moved around and eventually, and unfortunately, divorced each other later on, but Nick Carter enjoyed a fulfilling childhood. At a young age, Nick Carter began to act and sing and his mother encouraged this career by putting him in voice and dance lessons when he was only 10 years old. He would go on to perform in several commercials at a young age, and even perform in talent shows and auditioning for filming roles.

Nick Carter became noteworthy when he received the lead role of the Phantom in his fourth grade class’s rendition of Phantom of the Opera, which was praised by both critics and regular viewers/parents alike. From there, he moved on to perform in an educational video, and even made a background appearance in Edward Scissorhands when he was still a child.

Nick Carter would go on to receive his first musical group, thanks to one of his dance teachers, which was named “Nick and the Angels.” This group would perform numerous covers of songs from other popular groups, and these would eventually be recorded and released on an unofficial album that covered many of the Backstreet Boys prior to the boy band megagroup.

Unfortunately, as Nick began to age and his younger brother Aaron entered the world, his parents started to abuse drugs and each other. Nick Carter turned to performance as an escape from the problems, and he excelled at doing so. When he was only 11 years old, he was allowed to audition for The Mickey Mouse Club, which accepted him – he also auditioned for the Backstreet Boys in 1992, and his mother encouraged him to make a choice. While his mother wanted him to partake in the Mickey Mouse Club, Nick instead wanted to join the Backstreet Boys. Nick Carter eventually signed with the Backstreet Boys, and fortunately for him, The Mickey Mouse club was canceled only a little while later.

Nick Carter and his Musical Career – Solo and the Backstreet Boys 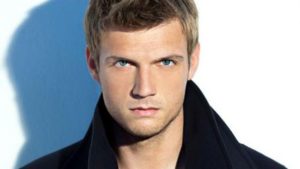 The boys began to perform at various venues around the eastern portion of the country, which typically included high schools and bingo halls, but the group caught a huge break when they were signed by David Renzer to Zomba Music Publishing under the Jive Records label. The group would eventually fly out to Sweden to perform songs with Max Martin and Denniz PoP. Their first hit ended up being “We’ve Got it Goin’ On,” which began playing on the radio in August of 1995 and was released shortly after as a physical single. The song was an international hit, but was not as popular in the United States, where it only managed to make it to the 69th position on the Billboard 200 Hits list.

The Backstreet Boys continued to record and eventually released their first self-titled album, Backstreet Boys, in April of 1996 – however, the album was never released in the United States, and had quite the delay before being released in Canada during October of 1996. The group remained massively popular in Europe, and managed to reach gold status in Germany with their hit song, “I’ll Never Break Your Heart.” They managed to sell more than 500,000 copies of their self-titled album in Germany in 1996, and continued to produce mega hits.

All good things must end, and the megagroup of teenage heart-throbs with great musical talent are no exception. Brian Littrell was found to have a congenital hole in his heart, although Littrell pushed off the surgery in order to fulfill his touring obligations, which abruptly ended the Backstreet’s Back tour in 1998. The group then postponed the tour to give him time to recover, and when Littrell was fully recovered, the Backstreet Boys ended up receiving the Keys to the City from the mayor of Orlando for raising more than $250,000 for the hurricane effort.

The Backstreet Boys then released their third album, “Millennium,” in 1998 which managed to top the Billboard 200 charts in more than 25 different countries. The album made its debut appearance at the coveted number one position and sold more than 1 million copies during the first week of its release, a feat that has scarcely been matched since. It also became the best-selling album during 1999, selling just south of 10 million copies; it remained on the chart for 93 weeks, and was certified platinum 13 separate times.

Nick Carter released his very first solo album, “Now or Never,” in 2002. The album made it to the 17th position on the Billboard 200 and managed to reach gold certification status. Hits from Now or Never include “Help Me” and “I Got You,” which were both popular domestically and internationally. Nick Carter also began to receive awards for his appearance, being voted the 9th “most beautiful person” (out of 50) and being voted as “Sexiest Man in the World” in 2002, beating out both Brad Pitt and Justin Timberlake for the accolade.

Nick Carter started to work on his second album shortly after in 2003, but the Backstreet Boys returned to the studio to produce another album. Nick Carter put his solo career on pause in order to reunite with the Backstreet Boys, and all of the boys would combine to eventually release “Never Gone” in 2005. Nick Carter and his family also began to appear on the show “House of Carters” in 2006, which featured the hit “Let it Go” by Nick Carter. The show only lasted for 1 season.

Nick Carter took some time off from the music scene but would eventually return to release his second solo album, “I’m Taking Off” in 2011. The album was initially released in Japan and sold quite well (reaching the number 8 position), and then syndicated for releases in the United States and Europe through digital releases. He also performed on a duet album with Jordan Knight from New Kids on the Block, another famous teenage boy mega-group, in 2014, where it reached the 24th position on the US Billboard 200 and the 14th position on the Canadian Billboard 200. 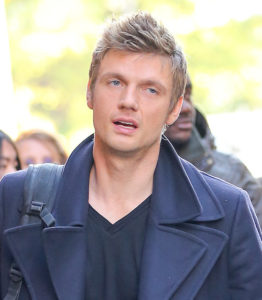 Nick Carter also entered the studio to begin his third solo album in 2015, named “All American.” He released the single “I Will Wait” in 2015 through the Vevo service, and toured in February and March of 2016 in order to generate hype for the album.

Nick Carter fell out of the music scene in the mid-2000s and began his acting career, where he starred as a bully named Brody in an ABC family special during the Halloween season. This was in 2005,a nd in 2006, House of Carters was launched. Nick Carter then made guest appearances on the television show “8 Simple Rules (for Dating my Daughter),” then would go on to make an appearance in indie film “Fast Glass.” The movie was delayed from 2008 and released in 2010 as a direct-to-video feature, and was lukewarmly received. Nick Carter also appeared in the hit-show 90210.

Nick Carter also made a huge appearance in the 2013 Seth Rogen and James Franco comedy, “This is the End.” The entirety of the Backstreet Boys made an appearance, but were promptly killed off due to the circumstances of the entire world ending. In 2014, a new show named “I Heart Nick Carter” was filmed for the VH1 channel, which focused on the couple planning a wedding; eventually, Nick Carter married Lauren Kitt, shattering the hearts of millions of female fans who grew up with Nick Carter and the Backstreet Boys.

Nick Carter revealed in the 2015 San Diego Comic-Con (the real one!) that he had written his own movie that he would be starring in, titled “Dead 7.” The movie focused on wild-western gunslingers riding around during a zombie apocalypse; the movie also starred Lauren Kitt and past band-mates from the Backstreet Boys, Howie Dorough and AJ McLean. The movie was released in April of 2016 and shown on the Sci Fi channel, and the movie is frequently shown anand appears once or twice every few months.

In August of 2015, Nick Carter was confirmed to be appearing on the 21st season of Dancing with the Stars. Nick was paired with Sharna Burgess, a professional dancer, and received the honor of runner-up for the entire season, placing behind Steve Irwin’s daughter, Bindi Irwin, and her professional dancer, Derek Hough. I wonder if Bindi Irwin also grew up with Nick Carter and fulfilled a potential childhood dream (she was born in 1998) of getting to see Nick Carter in person?

Nick is still married to Lauren Kitt and they have one child together born in April of 2016, Odin Reign Carter.