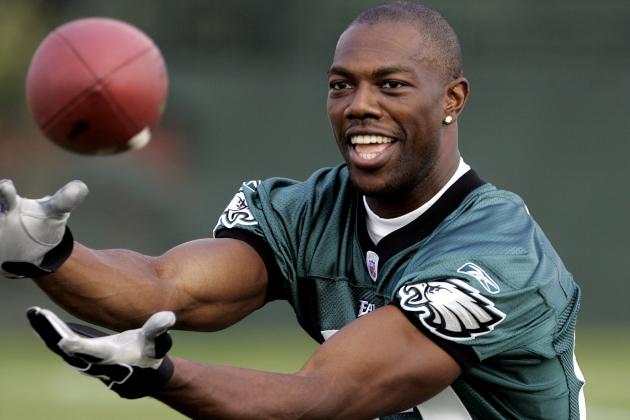 Terrell Owens is best known for his time spent in the NFL, where he played as a wide receiver for more than 5 different teams in his 15 active seasons. Terrell Owens, also better known as T.O, is also a controversial figure, with some sort of interesting development following in his wake to every single professional NFL team that he went to. Read on more to find out about Terrell Owens, his time in the NFL, and his adventures beyond the gridiron.

Terrell Owens was born to his parents in Alexander City, Alabama. He was one of four children, and was frequently babysitted by his grandmother when his mother was not watching over the children. He would go on to enjoy viewing football in his youth, and his favorite player is said to have been Jerry Rice. Terrell Owens eventually began playing sports in high school, after his grandmother forbade him. He went on to participate in football, basketball, track and field, and baseball.

Terrell Owens also went on to perform exceedingly well in track and field, and managed to hold the school’s reception record until it was eventually shattered in 2007 by a wide receiver named Alonzo Nix. He would also go on to participate in the team’s 4 x 100 relay race, 4 different runners running for 100 yards, and participate as the anchor runner, the most important and critical position. He also has one Senior Bowl under his belt, where he played as a wide receiver.

Terrell Owens was eventually signed to the San Francisco 49ers in the third round during the 1996 NFL draft. He began his rookie career with his first game against the New Orleans Saints, and he played as a member of the special teams division, meaning he only managed to take the field a few times in each quarter. It is also worth noting that at the time, Jerry Rice was also playing for the San Francisco 49ers, which quickly led to Terrell Owens fulfilling his childhood dream of playing with his favorite player. 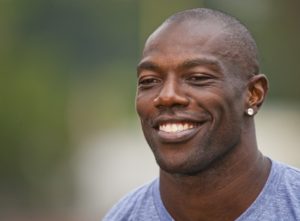 Terrell Owens in the NFL

Terrell Owens quickly became an impressive figure on the 49ers special teams squad; he managed to return a kick for 17 yards and intercepted a catch for 26 yards. In the 1997-1998 season, Jerry Rice tore his ACL and Terrell Owens stepped up to the position. He managed to finish the season with 936 receiving yards and 8 touchdowns, and was quickly brought up to play on the offensive team. In the 1998 season, Terrell Owens would excel by reaching his first 1,000-yard year, where he managed to catch 67 passes for 1,097 yards and 14 separate touchdowns; one of these was a rushing touchdown, even. The 49ers would then go up against the Green Bay Packers, who had beaten the 49ers in five straight appearances, which meant that the 49ers were definitely the underdogs. With the help of Terrell Owens, they managed to squeak out to a 30-27 victory.

Unfortunately, the following season saw Terrell Owens and the San Francisco 49ers not doing so well – they ended the season with a disappointing 4-12 record. In the 1999-2000 season, Terrell Owens only managed to catch 60 different passes for 754 yards and four separate touchdowns. Part of the reason why the 49ers had an awful 1999-2000 season include the injury, and eventual retirement, of Steve Young. In the 2000-2001 season, the 49ers still retained a bad record, although Terrell Owens managed his own record-breaking game when he caught 20 different passes for a total of 283 yards in a dominating display over the Chicago Bears. This was the first time in more than 50 years to mark a player receiving for more than 280 yards.

In the 2001-2002 seasons, the 49ers managed to do well, but did not make it to the playoffs due to a victory from the Green Bay Packers led by a new quarterback by the name of Brett Favre. However, the 49ers remained a consistent force to be reckoned with, and
managed a 10-6 record. In this season, Terrell Owens received 100 catches for an even 1,300 yards with 13 touchdowns. The 49ers did not make it to the playoffs this year, either, but Terrell Owens continued his impressive displays as a wide receiver.

In the 2002-2003 season, the coaching staff completely changed for the 49ers, and Terrell Owens eventually made his decision to look for other opportunities. At this same time, Terrell Owens appeared in a Playboy magazine interview, where he hinted that the rumors behind a fellow wide receiver might be true in that he was a homosexual. This led to the NFLPA, the NFL Player’s Association, filing a grievance against Terrell Owens. 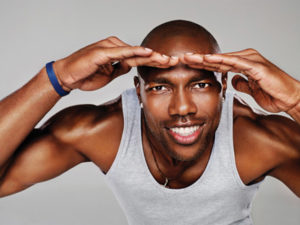 Terrell Owens only remained with the Philadelphia Eagles for one more season, playing only seven games in the 2005-2006 season. Still, he showed off an impressive display of 763 yards received across 47 different receptions, with an average of 16.2 yards every time he received the ball. He scored 6 touchdowns in his 7 appearances this season. Terrell Owens hired on a new agent with the intention of working out a contract extension under the Eagles, but after a contract dispute, Terrell Owens was suspended without pay, deactivated, and then released.

After his time with the Dallas Cowboys, he was released due to inner politicking of the Cowboys’ coaching staff. He would then find a place with the Buffalo Bills, where he signed a 1-year contract for $6.5 million. During his one season with the Buffalo Bills, Terrell Owens managed to catch 55 different passes for 829 total yards with an average of 15.1 yards every time he managed to get his hands on the ball. He also only scored 5 touchdowns, which was a career low for him.

Terrell Owens would eventually sign one last contract with the Cincinnati Bengals, which was a 1-year contract for $2 million, and another $2 million possible from any bonuses. This team was quintessentially a dream team, as Terrell Owens played with both Chad Ochocinco and Carson Palmer. Terrell Owens went on to catch 72 receptions for 983 yards with an average of 13.7 yards each time he received the ball, and 9 separate touchdowns. Despite a stellar first season, the Cincinatti Bengals decided not to re-sign Terrell Owens, and Terrell Owens would eventually begin his retirement from the NFL. However, he managed to sign on a one-season deal with the Allen Wrangles, an indoor football league, although was released at the end of the season for not showing enough effort.

Terrell Owens also signed a one-year deal with the Seattle Seahawks, but was released only 20 days later. In his career with the NFL, Terrell Owens managed to catch 1,078 receptions for 15,934 total yards, and more than 150 receiving touchdowns. This places him in the top 5% of wide receivers in the history of the game. He also holds numerous franchise records for the Eagles, 49ers, Cowboys and Bills.

Terrell Owens had previously said that he has strong interest in reappearing for the 2014 season, but never made good on this promise. Since then, Terrell Owens launched his own podcast, called Time Out with T.O., where they regularly discuss the past week’s NFL games, upcoming NFL games, and even bring on guest hosts to discuss things outside of football. The podcast has been running since September of 2013 and is co-hosted by Alonzo Bodden, a comedian, and Rob Cesternino, a reality TV star. The podcast is syndicated to be released every Wednesday.

In 2014, Terrell Owens married Rachel Snider, but the marriage quickly soured and the two divorced in less than a week. Terrell Owens has three children, only one of which is under his care and custody; he pays out child support to three mothers of his children.

For all intents and purposes, it appears that Terrell Owens is done with the game of gridiron football, and may never appear again – other than a hall-of-fame induction, of course.