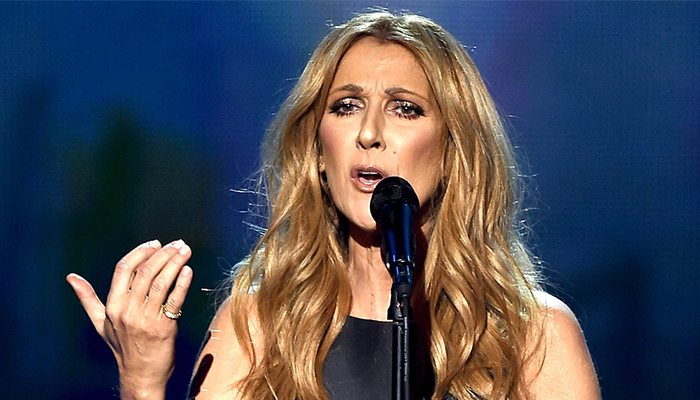 As the second highest earning singer in history, Celine Dion remains to be one of the most recognized and popular music artists of all time. Having been born into a musical family, Dion would demonstrate her talents even as a young girlーshe would compose and write her own song at the young age of twelve entitled, “Ce n’etait qu’un reve” which translated to “It was Nothing But a Dream” in English. As a French-Canadian, most of Dion’s early studio albums had been recorded in French, including La Voix Du Bon Dieu (1981), Tellement J’aai D’amour (1982), Chants et Contes de Noel (1983), C’est Pour Toi (1985) and Incognito (1987). It wouldn’t be until she’d mastered English a few years later, that she would first release her English studio album entitled, Unison in 1990.

Over the next decade, Dion would continue her musical career, releasing countless albumsーboth in English and her native, French, and embarking on a number of tours. Taking advantage of her newly found fame and popularity at the time, the singer would later release an album entitled, The Color of My Love in 1993; as Dion’s third English album, it would also be the first to climb up to the number one spot on the Billboard Hot 100 Chart. A commercial success, the album would eventually go on to sell over 20,000,000 copies across the globe, rendering it one of the best-selling albums of all time. Considered to be one of the most accomplished singers to this date, Dion has released over twenty five studio albums and has taken part in over a dozen tours throughout her career.

Besides being an accomplished singer, the musical artist is also a businessman. The owner of an artist management company, Dion is also the founder of a number of Quebec companies including a food chain named, “Nickels”  and a golf club named Le Mirage. More recently, she has also helped to open up a night club called, “Pure” located in Caesars Place alongside Steffi Graf, Shaquille O’Neal and Andrew Agassi. In addition to her business ventures, Dion has also made a handful of appearances on both the small and big screens including, Touched by an Angel (1994), Touched by an Angel (1998), Maurice Richard: Histoire d’un Canadien (1999) and Houba! On the Trail of the Marsupilami (2012), amongst a few others.

But what has the renowned singer been up to as of late? What happened to Celine Dion? Where is she now in 2018? 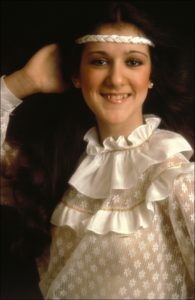 Born on March 30, 1968 in Charlemagne, Quebec, Celine Dion is the youngest daughter of parents Adhemar Dion, who worked as a butcher and Therese Dion, a homemaker. Raised in her hometown of Charlemagne with her 13 siblings, Dion would describe her childhood to be “happy,” despite having been fairly poverty stricken as a family. With music having played a major part of her early life, Dion would later give herself the name, “Celine” after the song of French singer, Hugues Aufray. Having dreamt of becoming a singer ever since she was a little girl, Dion would make her very first performance on a public stage, in her older brother’s wedding at the age of five.

After writing and composing her first song in 1980, her brother would then send the recording to music manager, Rene Angelil. Impressed and moved to tears by the aspiring singer’s melodic voice, he would work together with Dion to release her first professional studio album, La Voix Du Bon Dieu in 1981. Consisting of three covers and six original singles, the album would soon render her a young music star in her home province of Quebec; it would eventually also garner her a nomination for a Felix Award in 1982. Wanting to further her singing career, Dion would then take part in a music competition that same year at the Yamaha World Popular Song Festival held in Tokyo, Japan from which she would come home with an award for Top Performer,” in addition to a gold metal for her performance of “Tellement J’ai D’amour Pour Toi.” 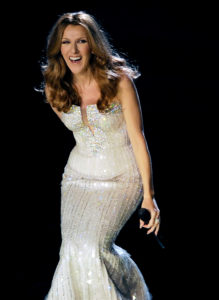 Following several releases in French, Celine Dion made her debut in the English-speaking world with Unison in 1990, after having spent a few years mastering the language. Released by Columbia Records on April 2, 1990, the studio album would be the singer’s first English project and would include six tracks. Praised for her voice and technique, Dion would receive generally positive reviews for the album; it would later also earn the singer two Juno Awards, one for “Album of the Year” and another for “Female Vocalist of the Year.” A hit amongst the Anglophone world, Unison would eventually sell over three million units across the globe; it has  since been certified Platinum in the U.S., seven times Platinum in Canada and Gold in the U.K. and France. To promote the album, the artist would also embark on a tour in Canada.

Having grown to be more comfortable singing in English, Dion would then receive her first international breakthrough in 1991, having landed a duet with singer Peabo Bryson, on the title track to Disney’s, Beauty and the Beast. One of the most well-known and recognized Disney songs of all time, the song entitled, Tale as Old as Time would go on to win an Academy Award for “Best Song” in 1992; it would also garner Dion her very first Grammy Award for “Best Pop Performance by a Duo or Group with Vocal.” The song would later serve as the lead single in her second English studio album self-titled, Celine Dion.

Propelled into celebrity status in North America, Dion would release her third English studio album entitled, The Colour of My Love in 1993. Consisting of fourteen tracks, the album would also feature a duet with British pop singer, Clive Griffin. A commercial hit upon its release, The Colour of My Love quickly topped the music charts in her home country of Canada, as well as in the United Kingdom and Australia; it would also climb to be in the top ten in several other countries, including the United States, where it had ranked fourth. Since its release on November 9, 1993, the album has sold a record-breaking amount of over 20,000,000 copies worldwide. Praised for its content and vocals, it would also win two Juno Awards in 1995 for “Best Selling Album – Foreign or Domestic” and “Album of the Year,” and an IRMA Award for “Best International Female Artist Album.”

Over the next few years, the singer would go on to release three more English albums before the end of the 90’sーFalling Into You (1996), Let’s Talk about Love (1997) and These are Special Times (1998). Released at the peak of her fame, Falling Into You would once again, garner numerous recognition and awards for the singer, having been described by many critics to be “elegant”, “compelling”, and “remarkably well crafted.” Her fifth English album, Let’s Talk About Love would be released in November 1997 as the highly anticipated “sequel” of her previous album; it would include thirteen tracks, one of which would be the classic ballad, My Heart Will Go Onーused as the theme song of the 1997 epic romance film, Titanic. The following year, the Canadian singer would also release her first English holiday album, These are Special Times. 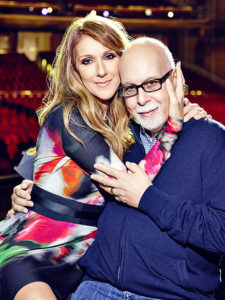 Following the release of her compilation album entitled, All The Way…A Decade of Song in 1999, Dion announced in 2000 that she would be taking a much-needed hiatus from the spotlight to “enjoy life.” At the time, her husband Rene Angelil, with whom she’d been together with since 1994, had also been diagnosed with throat cancerーa detail which may have also prompted the star to take a break. However despite the fact that she had been on hiatus, Dion didn’t seem to have been able to escape from the limelight altogether; for in 2000, the magazine National Enquirer reportedly published a false story about the singer in that she was pregnant with twins. After suing the company, National Enquirer would later retract the story with an apology.

In 2002, the singer would end her three year hiatus with the release of her seventh English studio album, A New Day Has Come. Her first studio album since 1997, the record received an abundance of positive reviews from critics and would prove to be a commercial hit, having topped several charts in over seventeen countries; it would later sell over 3 million copies in the United States and be certified Platinum three times in Canada after having sold 600,000 units. Since then, A New Day Has Come has sold over 12,000,000 copies worldwide. 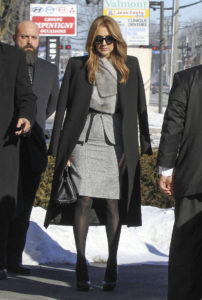 In January 2016, headlines were made when Celine Dion’s husband, Rene Angelil passed away after a long battle with throat cancer. According to news reports, the 73 year old music producer had died whilst Dion was away performing at a concertーtragic news which only seemed sadder considering the fact that Angelil, knowing his time was limited, had expressed a previous desire to pass away peacefully in Dion’s arms. While the Canadian singer usually said good night to her husband of 21 years before leaving for her shows, that night she had left him sleeping in the bed as she didn’t want to wake him. Tragically, he would later fall whilst attempting to get out of bed, eventually passing away on the floorーhis body had been found by a “distraught nurse” the next day.

However as if that wasn’t enough, Dion would soon suffer another crushing tragedy whilst still mourning the loss of her beloved husband. Two days after the death of Angelil, her brother Daniel would too, pass away from cancer. Overcome with agonizing grief, Dion chose not to attend her sibling’s funeral, but instead paid her final respects at a small family gathering in Repentigny, Quebec, with her mother.

A month after the tragic loss of her husband and brother, Dion returned to the music scene to finish her French album, Encore un Soirー which would be released a few month later on August 26, 2016. She has also once again returned ono the stage to perform at the Billboards Music Awards Event which took place at T-Mobile Arena in Las Vegas, this May. While the year has been filled with tearful heartaches for Dion, she singer appears to have doing better the last couple of months, having told the U.S. show in July that “[she] feels wonderful and strong.” As fans of her music, our hearts truly goes out to her and her family.

If you’d like to stay connected with the Canadian singer, then you’ll be happy to know that you can find her both on Twitter (@celinedion) or on Instagram (@celinedion)!