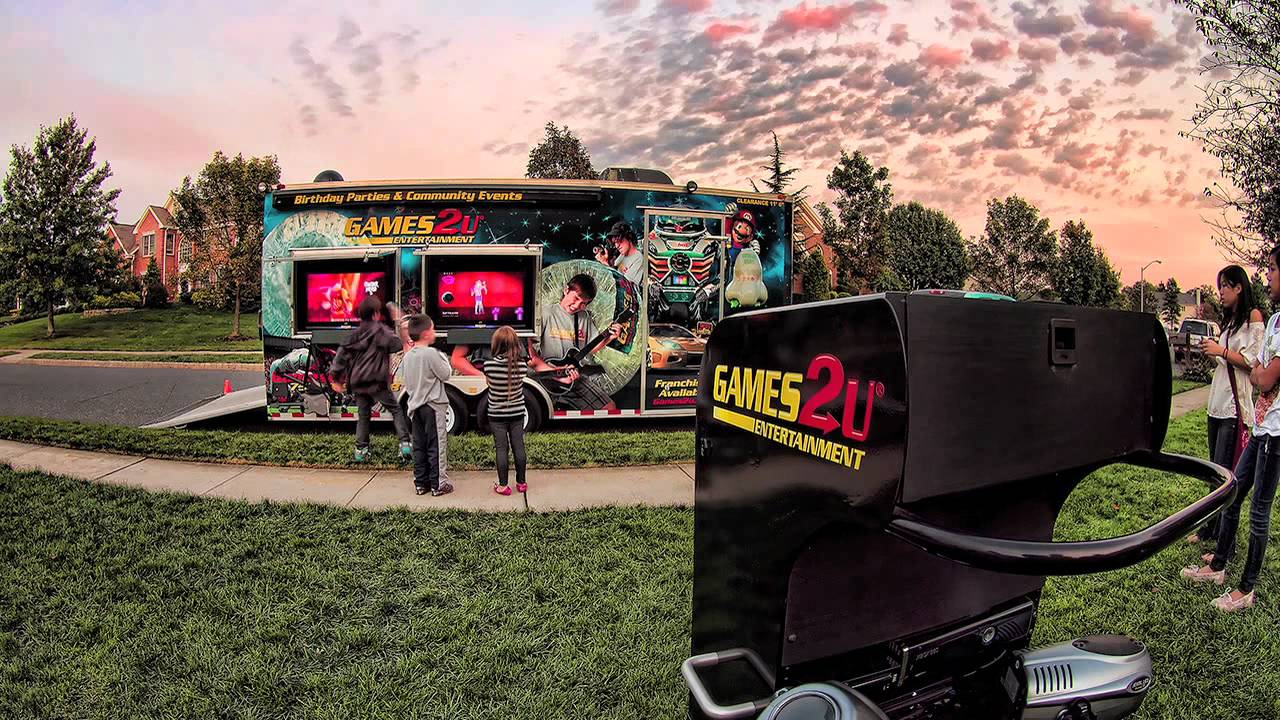 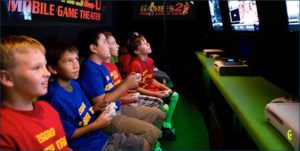 We live in an age where everything is always changing. People who were born several decades ago will reminisce about their childhood experiences, and they will be amazed in seeing how the world has changed for children today. Some things have stayed the same, though. David and Stuart Pikoff were two brothers who, in planning a child’s birthday party, realized that none of it had actually changed. Birthday parties still involved magicians, bounce houses, and petting zoos. The brothers realized that the party planning industry hadn’t really changed since they were kids. If someone wanted to have a special or more “modern” birthday party, they would have to rent out space in a venue. This was oftentimes expensive, and less convenient than just hosting something out of your backyard. And like any good entrepreneur would do, they set out to change that.

Games2U is a “mobile entertainment” company. They have a host of different products, which are all essentially different specialized vehicles. These vehicles contain several different games and activities. Some contain 4D movie theaters, others contain video game arcade rooms. They also have products that are able to come apart into different outdoor activities, too. The idea behind Games2U was to give kids (and their parents) an opportunity to do something really unique and special at a birthday party, without having to break the bank by reserving space in a venue. David and Stuart also knew that most kids weren’t entertained by bouncy castles and amateur magicians anymore. They entered the tank looking for someone to help them completely change the party and event scene. 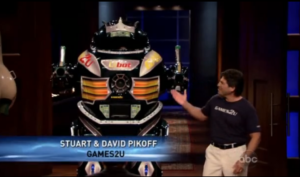 David and Stuart entered the tank with a fairly significant ask. They were seeking $500,00 for 10% of their company, which means they were giving their company a total evaluation of around $5,000,000. To get the ball rolling, guest shark Jeff Foxworthy asked how much a typical event would cost a customer. David told him that the average event cost between $300-$400, and this would correlate to around an hour and a half of entertainment for the customer. He said that this number varied, though, and that every event was different. For instance, a corporate team-building event may end up spending more than a five-year old’s birthday party. Foxworthy asked exactly how much a corporate event would end up spending. David said that a corporation would spend a few thousand dollars for a single event, though again, it differs. Kevin interrupted to question the company’s evaluation, saying that there was no way that Games2U could be worth 5 million dollars, unless they had really impressive sales.

Stuart told Kevin that their sales were actually pretty impressive. He said that, last year, the company made around $3.5 million, and that they were on track to make close to $5 million. With this knowledge in hand, their evaluation actually seemed pretty fair. Daymond asked what they would be investing in, exactly. Were they just buying stake in the company, or were they also going to be owners of the patents behind their products? Stuart told him that the patents were part of the deal, although he said that he felt like the secret formula behind Games2U’s success was all of their franchised branches. Robert asked if their sales figures included sales from franchisees. Stuart said that those sales were purely their own. Robert and Kevin seemed interested in how this franchise model worked, and so David walked them through it. 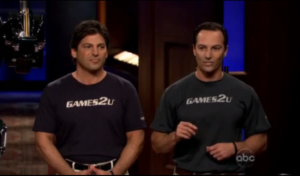 A potential franchisee would put down around $150,000 to get their hands on a license. Then, they would be given their own vehicle, and a lot of officially branded equipment. From there, everything was in the franchisee’s own hands. However, Games2U still took a 6% monthly royalty, with a minimum of $1,000. (This means that, even if a franchise only made $500 in a month, they would still have to pay the company $1,000.) Kevin seemed satisfied with this explanation, and he redirected the conversation back to the company itself. He asked whether or not Games2U was actually profitable. David said that the company made close to $125,000 on just over $3 million in sales in the previous year. Kevin was annoyed by the low profit margin, and he seemed insulted by the $5 million evaluation at this point.

The brothers attempted to clarify that, although the business wasn’t making a lot of money at this stage of its development, that they had laid the foundation for an infrastructure that supported a company five or ten times its current size. They were ready and willing to expand. Robert didn’t care about the low net profit as much as he worried about the profit margins in general. How did this all add up? David explained that some of their initial profit came from some angel investors. Robert and Kevin began to voice their concerns, saying that the company wasn’t making nearly enough money to account for its evaluation. David Pikoff explained to them, in no uncertain terms, that the company had managed to be one of the fastest growing franchise companies in the world in the previous year, despite the fact that the economy was in such a rough spot. 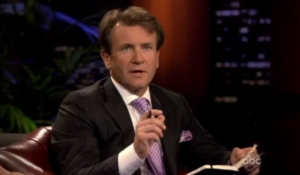 Daymond expressed his distaste in their ask. He said that most companies who enter the tank in search for a strategic partner usually already have their financial situation sorted out. In this instance, he felt as though Games2U was essentially having a shark buy into a company, only to immediately go to work for them. Robert was somewhat sympathetic toward the brothers, saying that he understood that the economy has been rough in recent years. However, he said that, in pure money terms, the company wasn’t worth anything close to $5 million. Daymond, who was still evidently frustrated by the company’s greedy evaluation, and he decided to drop out of contention. Barbara, who had been quiet for most of the pitch, dropped out because she felt as though the R&D that would inevitably have to go into making new products would be too expensive. Jeff Foxworthy, although he wasn’t dropping out, seemed confused by the paradox of a company of that was able to grow in a tough company despite the fact that a lot of families couldn’t afford even $400 for a kid’s birthday party.

Stuart disagreed, saying that he felt like poorer families would be more inclined to cut spending in other areas if it meant giving their kid a good birthday party. Robert respectfully disagreed. Jeff decided to drop out, because he felt as though he would have to put in too much time to effectively make his money back. Kevin said that he felt as though the evaluation and the ask was completely insulting. Robert said that, until Games2U developed more product, they probably wouldn’t be able to make any more money. He dropped out. Kevin, however, decided to give them an offer. He said that he would give them $500,000 in exchange for 51% of the company. The brothers were immediately put off by the offer, citing their high rate of customer satisfaction, as well as their sales. 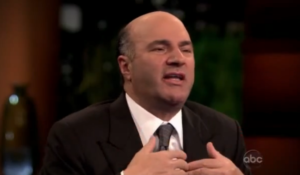 Stuart and David took a moment to discuss the offer out of the tank. When they walked back in, they said that although they would love to have Kevin’s help in building their company, they weren’t willing to give him a majority stake. They came back with a counter offer of $500,000 for 25% of the company. Kevin almost immediately declined this offer, saying that it just wasn’t there for him. With that, the brothers left the tank without an investment. What happened after that, though? Lets take a look at what the Pikoff brothers have been doing in 2016.

Even though they weren’t able to get a deal in the tank, David and Stuart are still doing a really good job building their company from the ground up. To this day, they are still the number one mobile entertainment provider in the world, and they still have a vastly successful franchisee program. As expected, they have also put a lot of work into developing some cool new toys, like bumper balls (soccer, where each player stands inside of an inflatable hamster ball) and a candy hand cannon. They still serve a wide range of different events, from birthday parties to corporate events to fundraisers. They may not have gotten the deal that they wanted, and they may not have the guidance of a shark to help them along their journey, but it looks like these two still have a very bright future ahead of them.