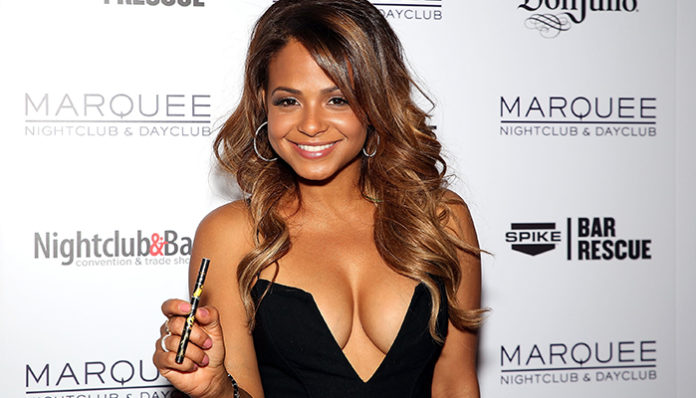 Christina Milian is an American singer who is known for her pop hits, When You Look at Me and Dip it Low. Often described as being “very imaginative” during her childhood, her interest in the show business first emerged when she was four years old. Noticing her talents in performing , she began to audition with local talent agencies by the time she was nine. Milian eventually landed a few commercial gigs and a part in the musical production, Annie. After making the move over to Los Angeles with her family, her singing was discovered by music producer Rodney Jerkins, who happened to live in the same apartment complex. When Milian was seventeen, she began writing her own music, which she subsequently turned into a demo tape; it ultimately helped her secure a recording contract with Def Soul Records. The artist later released her debut album, Christina Milian in 2001.

Since then, she has released a total of three studio albums, two compilation albums and eight singles. To date, her most successful record remains to be Dip It Lowーa song from her second full-length album; the same pop hit also earned Milian a Grammy Award nomination for “Best Rap/Sung Collaboration”, a Groovevolt Music and Fashion Award nomination for “Best Song Performance” as well as an International Dance Music Award for “Best R&B/Urban Dance Track for Dip it Low” in 2015. In 2006, she was also the recipient of an Ozone Award for “Best R&B Female.” However it’s not just her singing that’s been recognized, her work on television has also received multiple awards and nominations over the years as wellーa five-time Teen Choice Award nominee, Milian won an Imagen Foundation Award for “Best TV Actress for Snowflake” in 2008 and a prestigious Emmy Award for “Outstanding Reality Competition Program for Tv Voice” in 2013.

Speaking of television, Milian has always been fairly involved with actingーbecoming an actress had always been her childhood dream after all. In fact, she made her debut on television as a young teen in the comedy drama series, Sister Sister before she ever even stepped foot into a recording studio! Some of her other early acting projects include Smart Guy (1997), Charmed (1999), Clueless (1999), Get Real (1999) and Cousin Skeeter (2000); it was only after those roles that she eventually became involved in the music scene. However having said that, Milian continued to work as an actress even while she was working on her albums during the 2000’s. A few of her most recent works on the small screen include Meet the Browns (2010), CSI: Crime Scene Investigation (2011), Maid in Miami (2012) and A Snow Globe Christmas (2013), to name a few.

But what has the singing and acting star been up to lately? What happened to Christina Milian? Where is she now in 2018?

Christina Milian’s Childhood and Early Aspirations of Becoming an Actress 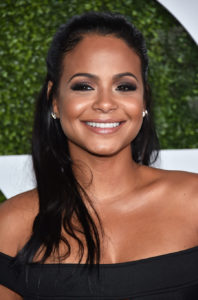 Born on September 26, 1981, in Jersey City, New Jersey, Christina Milian (Birth name: Christina Flores) is the daughter of Carmen and Don Flores Milian; she is the oldest out of three siblings, she has two younger sisters named Elizabeth and Danielle. Raised in the community of Waldorf, Maryland, where she and her family had moved to shortly after her birth, her interest in the show business was first apparent when she was four years old. As a young girl, Milian loved spending her time listening and watching to the radio and televisionーtwo things which played a large part in her life growing up. Known for her creativity and imagination, her parents soon noticed their daughter’s potential in acting, something which was hard to miss. When Milian was nine years old, she began contacting local talent agencies, eventually taking part in various local auditions; her efforts paid off when she landed a number of commercial gigs, amongst which included ones for Honeycomb Cereal and Wendy’s. Not long after that, she was also offered a lead part in the musical production, Annie.

Wanting to further her daughters opportunities as a young actress, Milian and her mother later moved to Los Angeles with her two sisters, leaving behind their father in Maryland; the two eventually divorced. Although her eyes were initially only fixated on the goal of becoming an actress, Milian soon showed an interest in the music industry as well, although she was quite unfamiliar with the process of attaining a recording contract. As luck would have it though, the family moved to the same apartment complex as music producer, Rodney Jerkins six months after relocating to the city. After coincidentally hearing her sing one time, the two began to work together on music at a studio; it was then that Milian met a number of individuals from the recording business. By the time she was seventeen, the aspiring vocalist began writing her own songs, which she eventually moulded into a demo tape. With demo tape in hand, Milian was then able to attain a recording contract with Def Soul Records in 2000. 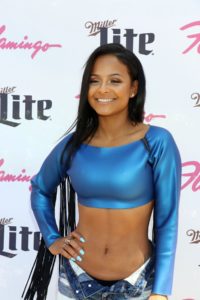 In the fall of 2001, Milian released her debut studio album, the self-titled Christina Milian under Def Soul. Although it was originally set for an earlier release date, it had been delayed due to the 9/11 attacks, which took place just a couple of weeks prior. A collaboration work with multiple producers including Jermaine Dupri and Bloodshy & Avant, the album consisted mainly of R&B and dance songs; many critics at the time compared her music to that of Christina Aguilera and Britney Spears. Described by the artist to be “a hip hop album under-toned with pop melodies”, the sounds of various live instruments were incorporated into its production, the violin in particular. Showcasing a track list of twelve songs, three of which featured music artists Ja Rule, Charli Baltimore and Jermaine Dupri, the album was met with mixed reviews upon its release; however having said that it did reach number twenty three in the UK and number nineteen in Japan. Christina Milian later spawned the release of two singlesーWhen You Look at Me and AM to PM, both of which charted around the world.

Unsatisfied with Def Soul’s portrayal of her image as an artist, Milian left the company for Island Records in 2003. Under the new label, she released her second studio album entitled, It’s About Time in July 2004. In contrast to her initial effort which consisted mainly of teen pop, the album featured mainly urban pop-oriented sounds; some have compared the style to that of Jennifer Lopez and Beyonce. Her best-performing record to date, It’s About Time peaked at number six on the Top R&B Albums Chart and at number fourteen on the Billboard 200 in the United States; it also charted in several other countries including Germany, Ireland, Japan and France. A commercial success, the album eventually earned Milian her first Grammy Award nomination for “Best Contemporary R&B Album.” Although It’s About Time received mixed reviews from critics, with some criticizing the simplicity of the ballads, its lead single Dip It Law later peaked at the second position on the UK Singles Chart, and garnered the artist another Grammy Award nomination for “Best Rap/Sung Collaboration”; it remains to be the most successful record of her career to this date.

Three years afterwards, Milian released her third studio album, So Amazin in May 2006. Mentored by music executive L.A. Reid during its production, the album was mainly produced by the singer herself with some help from Cool & Dre and The Heavyweights. Incorporating more R&B and urban styles, So Amazin was definitely “less pop” compared to her previous albums. Upon its release, it entered the Billboard 200 Chart at number eleven; it eventually also made its way up to number three on the Top R&B/Hip Hop Albums Chart. Although the album was generally praised by critics, some did feel that So Amazin wasn’t able to grasp the essence of Milian’s personality. Given a three star rating from Allmusic, the disc featured eleven tracks including Say I, which had been released earlier as a single. While it wasn’t as successful as It’s About Time however, it did manage to sell approximately 382,000 copies worldwide and earn Milian another Grammy Award nomination for the category of “Best Contemporary R&B Album.”

Although Milian had always been involved as an actress even while she was recording, her acting schedule notably upped a level after the release of her third album. In 2007, she landed a lead role in the TV film, Snowglobe starring alongside Josh Cooke, Luciana Carro, Lorraine bracco and Matt Keeslar. Produced by ABC Family, the holiday film revolved around a protagonist named Angela (played by Milian) who after receiving a magical snow globe in the mail, finds herself transported to a magical world where Christmas is the heart and soul of every one. For her portrayal of the role, the actress receieved an Imagen Foundation Award for “Best TV Actress” in 2008.

A fitting project for she who shares a love for both acting and singing, Milian will be making an appearance in an upcoming musical television film entitled, The Rock Horror Picture Show: Let’s Do the Time Warp Again. A tribute to a 1975 movie of the same title, its star studded cast list includes Victoria Justice, Ryan McCartan, Laverne Cox, Adam Lambert, Reeve Carney and Annaleigh Ashfold; Milian will be portraying the supporting character of Magenta, although her role in the TV film is not yet known. The production is currently set to premiere on the Fox Network on October 20, 2016.

Aside from acting, Milian also appeared in an episode of the musical reality competition series, Lip Sync Battle this May. Going up against Josh Peck, she lip synced to the songs Baby by Justin Bieber and Waiting for Tonight by Jennifer Lopez. First premiered on the Spike Network in April 2015, the show features different groups of celebrities every week, who then battle it out with different lip sync performances on the stage. Originally a recurring segment of the talk show, The Tonight Show Starring Jimmy Fallon, its popular eventually sparked its development into an individual series. A hit amongst fans, Lip Sync Battle has attracted millions of viewers, it even garnered a Primetime Emmy Award nomination for “Outstanding Structured Reality Program” in July 2016.

If you’d like to stay connected with the award-winning actress and singer, why not follow her on social media? You can find Christina Milian on Twitter (@ChristinaMilian) as well as on Instagram (@Christinamilian). Don’t forget to also visit her official Facebook page for some of her latest news and updates!