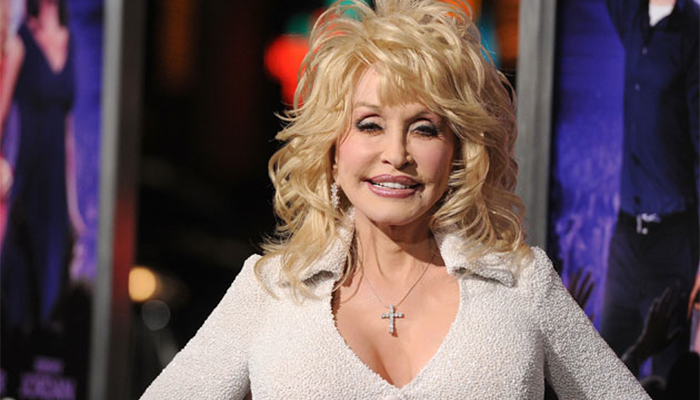 Dolly Parton is considered to be one of the most-honored female country music artists of all time. A highly celebrated singer, Parton first began to sing at at the young age of six. Soon developing into a passion, she began to perform publicly as a child singer on local television and radio programs in the 1950’s. Wanting to pursue a further career in music, Parton eventually relocated to Nashville to chase her dreams of becoming a professional singer. After forming a duo with Porter Wagoner on The Porter Wagoner Show, the pair recorded and released a handful of country tunes togetherーwork which would ultimately help her to secure a recording contract with RCA Records. Since then, she has released a staggering amount of over 200 albums and 100 singles. To date, it is estimated that Parton has sold over 100,000,000 records worldwide.

Known for her powerful vocals, Parton has received a slew of industry awards throughout her career. Having composed well over 3000 songs since the 70’s, she has received eight Grammy Awards, ten Country Music Association Awards, seven Academy of Country Music Awards, three Music Awards, forty-six BMI Awards, twelve CMT Music Awards, twenty-four Billboard Magazine Awards, amongst countless others. In addition, she is also one of only seven female music artists to have won the “Entertainer of the Year Award” from the Country Music Association. For her contributions, she was inducted into the prestigious Country Music Hall in 1998. In 2005, she was also presented with the National Medal of Arts by the US Presidentーthe highest honour given by the government of the United States for “excellence in the arts”.

But what has the decorated singer-songwriter been up to as of late? Where has her work brought her these past months? What happened to Dolly Parton? Where is she now in 2018? 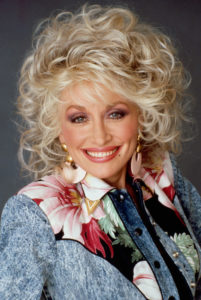 Born on January 19, 1946 in Sevier County, Tennessee, Dolly Rebecca Parton is the daughter of Avie Lee, and Robert Lee Parton who worked as a construction worker and a farmer. She is the fourth oldest out of twelve children. Growing up, Parton’s family was fairly poor. When she was five years old, her family moved to a new house however it had required a lot of work as it was fairly rundownーnonetheless, her father was very proud to have owned it at the time. Raised in a family where music was abundant, Parton had her musical beginnings singing at the local church when she was six years old.

By the time she was seven during the early 1950’s, Parton had began to write her own music and play the guitar. Singing wherever she went, Parton always tried to have her siblings listen to her performances at home. In the times when she had no audience, she was known to have performed for the ducks and chickens at her parent’s farm. Recognizing her musical talents, her uncle, Billy Earls Owens soon introduced her to Cas Walker, the owner of a grocery store who had connections with the radio. When she was ten, Parton held her first major performance in front of a live audience in Knoxvilleーit was also at that time that she’d realized her love for performing for the public.

Chasing her dreams of becoming a recording artist, Parton later moved to Nashville, Tennessee at the age of eighteen after graduating from high school. With much perseverance, she eventually rose to fame after being featured on the weekly syndicated music program, The Porter Wagoner Show. With the help of Porter Wagoner himself, whom she’d gotten to know better after having worked together, Parton soon landed a recording deal with RCA Records in 1968. 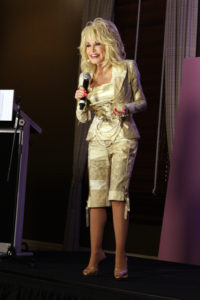 Under the label, Parton released her first studio album, Just Because I’m a Woman in May 1968. A moderate hit, the album contained twelve tracks including the title songーYour’e Gonna Be Sorry, which was written by the singer herself. Produced by Bob Ferguson, Just Because I’m a Woman peaked at number twenty two on the US Top Country Albums and eventually reached number seventeen by the end of the decade. Since it was initially released in the 60’s, the album has been re-released a couple of times with added materials in 1995 and again in 2003.

In May 1971, Parton released her seventh full-length album entitled, Joshua. A commercial success, the album consisted of ten songs and later peaked at number sixteen on the Country Albums Chart and at number 198 on the Top Pop Albums Chart in the US. Given a three and a half star rating from critics, Joshua later went on to spawn a number of singles including Joshuaーwhich would eventually be Parton’s first song to rank number one on the Country Singles Chart. That year, Joshua would also earn Parton her first Grammy Award nomination for “Best Country Female Vocalist.”

Rising in prominence, the singer’s next big album was Jolene which was released in February 1974. Telling the tale of a housewife confronting her husband’s mistress, the lead single of the album soon became Parton’s second number one country hit. Featuring ten tracks, the album was given generally favourable reviews from critics upon its release, and later climbed up to the number sixth spot on the US Top Country Albums Chart.

In October 1977, Parton achieved her first Platinum Certified album with the release of her nineteenth solo album, Here You Come Again. Critically acclaimed, the album stayed at the number one spot on the Billboard Top Country Albums Chart for nine weeks in a row after it hit the stores; it would go on to remain in the top ten for a further thirty-five weeks. Praised for its composition, Here You Come Again soon produced two singles: Here You Come Again and Two Doors Down/It’s All Wrong, But It’s All rightーboth of which scored the number one spot on the US Country Singles Chart. Regarded as one of her best albums of the 70’s, it later received Platinum certification by the RIAA after having sold over 1,000,000 copies in the United States. 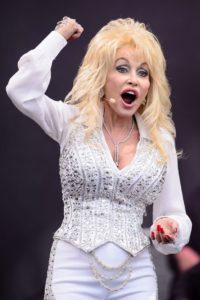 Carrying on with her music career in the 80’s, Parton released 9 to 5 and Odd Jobs, her twenty-third solo album in November 1980. Produced by Greg Perry and Mike Post, the album saw much success upon its release, having stayed at the number one position on the Billboard Top Country Albums Chart for ten consecutive weeks in a row. Having received popular reviews form critics for its pop-country arrangements, 9 to 5 and Odd Jobs spawned three albums: 9 to 5, But You Know I Love You and The House of the Rising Sunーtwo of which would prove to be instant hits. Met with positive reviews, the album was later certified Gold in the US for having sold over 500,000 copies.

Continuing on with her recording, Parton released six more full-length albums throughout the 80’s including Heartbreak Express (1982), Burlap & Satin (1983), The Great Pretender (1984), Real Love (1985), Rainbow (1987) and White Limozeen (1989). However, White Limozeen would be the only one to reach Gold certification status in the country.

At the start of the new decade, the singer released her thirtieth studio album, Eagle When She Flies in April 1991ーit would also be her first album to reach number one on the US Country Album Chart since 9 to 5 and Odd Jobs back in 1980. Composed of eleven tracks, the album contained many collaborations with other music artists such as Ricky Van Shelton and Lorrie Morgan. Quickly a best-seller, Eagle When She Flies sold over 74,000 copies during its first week of release and was certified Platinum by the RIAA in January 1992.

While Parton went on to release a number of albums throughout the rest of the 90’s, none would compare in success to her 1991 album. With the arrival of the new millennium, she continued to sing and release eight more albums including Little Sparrow (2001), Halos & Horns (2002), For God and Country (2003), Those Were the Days (2005) and many others. 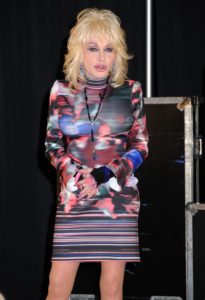 In August 2016, Parton released her latest solo album entitled, Pure & Simpleーher first in two years. Recorded over a period of a year, the album debuted at number eleven on the Billboard 200 and sold over 20,000 units within the first week; it also currently holds the record of being the singer’s best debut since Eagle When She Flies 25 years ago. Praised for its romantic ballads and storytelling, Pure & Simple was given an “A-” rating from Entertainment Weekly and peaked at the top of numerous charts including the Folk Albums and the Top Country Albums Charts in the US; it also charted amongst the top ten in four other countries. As of September 2016, it has sold more than 33,000 units in the United States.

In support of her 43rd studio album, it was also announced this March that the singer will be hitting the roads for a “Pure & Simple Tour”. Kick-offed in Greensboro, North Carolina on June 3, 2016, the tour is currently scheduled to continue for a total of 63 shows throughout North America. Coined as Parton’s biggest tour in 25 years, efforts were made to include many of the requested cities which were missed in the years prior, by her previous tours. In contrast to her earlier live performances, the Pure & Simple Tour involves a much more minimalist style to allow for a greater intimate setting. As of September, Parton is still on the stage performing in the provinces in Canada. The tour will end on December 10, 2016 at the Global Event Center at WinStar World casino and Resort in Thackerville.

If you’d like to stay up to date with the talented country singer, you can do so by following her on social mediaーyou can usually find her active on her Twitter account under the handle, @DollyParton. Alternatively, you can also visit her official website (DollyParton.com) for some of the latest news on her tour, music and more!