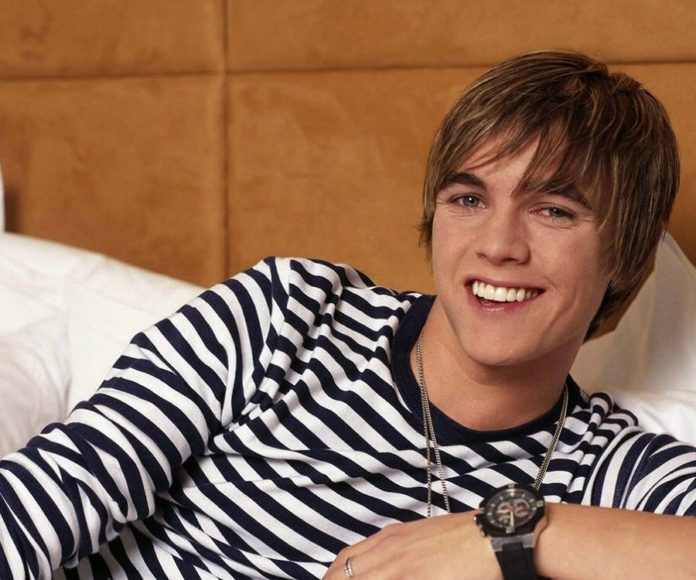 Jesse McCartney has achieved fame in a variety of different fields. He has been an actor and a voice actor, but he is perhaps most well-known for his work in music. McCartney was a popular pop singer during the mid-2000’s, and he amassed thousands of adoring fans as a teen heartthrob. However, considering how little you hear about this once-popular musician, it can sometimes seem like he has dropped off of the face of the planet. What is Jesse McCartney doing now in 2018? In this article, I’ll talk about his rise to fame, and I’ll also provide a brief update as to what he is doing with his career now.

Jesse McCartney was born in Ardsley, New York in April of 1987. The young McCartney took a strong interest in entertainment at an early age, and when he was just seven years old he was already performing in local musical productions. By the age of ten, he had a role in the 1997 national tour of the Richard Rodgers/Oscar Hammerstein II classic The King and I. Jesse played the character of Louis Leonowens in the production, and his performance was critically praised. In the years to follow, the young Jesse McCartney sang with the Sugar Beats, a kid-oriented musical group not unlike the more popular Kidz Bop. He was involved in the production of the group’s 1998, 1999, and 2000 releases. 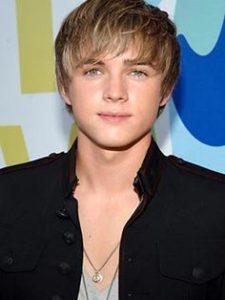 However, McCartney did not seem content with producing music for children’s compilation albums. In 1999, he took his first step into the world of pop music by joining the boy band Dream Street. Dream Street’s debut album, Dream Street was released in 2001 and was eventually certified gold. Its music was even featured in the soundtrack for Pokemon: The Movie 2000. The band ultimately disbanded in 2002, and Jesse remained with them through it all. Although Dream Street didn’t end up propelling the young entertainer to monumental heights, it still allowed him to get his foot in the door as a serious member of the music industry. This experience would prove invaluable during the next few years of his career.

Shortly after Dream Street fell apart, McCartney had begun working on his first solo album, and he wouldn’t see it through to completion for a couple of years. Beautiful Soul was released in September of 2004 and it was a huge success in the United States, Italy, and Taiwan. The album featured four singles: “Beautiful Soul”, “She’s No You”, “Get Your Shine On”, and “Because You Live”. “Beautiful Soul” was by far the most popular single to have come off of the album, and many would argue that it’s the most iconic song that Jesse McCartney has ever produced. The song ended up reaching number 15 on the Billboard 200. Beautiful Soul ended up becoming certified platinum, and it’s still the most highly certified album that he has ever released. The release of this album served as the springboard for Jesse’s entire career, and in 2005, he absolutely exploded in popularity. 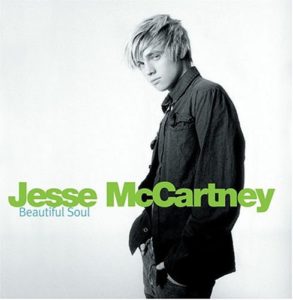 At the 2005 Teen Choice Awards, Jesse took home awards like Choice Male Artist and Choice Breakout, Male. In 2006, he was able to win the very prestigious Favorite Male Singer award in the Nickelodeon Kids’ Choice Awards. Following the release of Beautiful Soul, McCartney kicked off a successful national tour, spanning 56 stops and ending in September of 2005. Following this tour, he held another tour in Australia. Determined to avoid the deadly “one-hit wonder” label, McCartney was also hard at work on his second studio album. This album, entitled Right Where You Want Me released in 2006, and it was tonally a bit different from his previous work. The pop rock album was more mature than Beautiful Soul, and it seemed like this may have not been the right creative decision. The album was less popular than his previous, but it still charted fairly well, and it kept Jesse’s career alive for all the longer. Right Where You Want Me did not result in a tour like Beautiful Soul did, though.

Still, McCartney was not entirely discouraged. He took a little step away from his own career and he decided to work on his song writing, which would prove to be a good decision. In 2007, he co-wrote the smash hit Leona Lewis song “Bleeding Love” alongside Ryan Tedder. The song was actually meant to go onto Jesse’s third album, but it never happened. Lewis’ “Bleeding Love” would go on to be nominated for Record of the Year at the 2009 Grammy Awards. He released his third studio album, Departure in 2008, and it was met with a lot of praise. The album’s single “Leavin'” was the biggest single to come from the album, and probably the biggest single that McCartney had ever released. “Leavin'” peaked at number 10 on the Billboard 200, making it his highest charting single to date. He re-released Departure a year later with a few other songs, but its reception wasn’t quite as warm as the reception for the original. From that point forward, Jesse McCartney’s career in music dwindled. 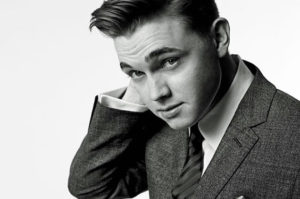 True, over the course of the next few years, McCartney would place a much greater emphasis on other aspects of his career in show business. He saw regular roles in voice acting as Terrence in Disney’s Tinker Bell animated film series, Theodore in the Alvin and the Chipmunks animated film series, and as Roxas in the Kingdom Hearts video game series. He also provided the voice for Dick Grayson in Young Justice. Due to this increasing role in entertainment, he had less time for music, and his fourth studio album (originally intended to release in 2010) didn’t end up coming out until 2014. By the time In Technicolor had actually released, a lot of people had forgotten about Jesse McCartney entirely. When it comes to music, the public has a short attention span, and five years is a long time for a pop singer to go without releasing anything new. As a result, the album saw a release that many think would have been much more impressive if it were released during its intended year. With all of that in mind, what’s Jesse McCartney doing today?

Well, Jesse has been gradually shifting away from music in recent years, and it seems like that hasn’t changed. Although he is still performing his music (he is currently set to make an appearance in New Jersey in November) there haven’t been any indications of another album in the works. The most recent music that he had a role in was in EDM artist Built By Titan’s song “Dangerous”, where he was featured. Jesse also continues to reprise his voice acting roles in the Kingdom Hearts series. Although he may not be making music at the same rate that he did during the 2000’s, I think that it’s more than safe to say that Jesse McCartney will keep working in entertainment for the years to come.