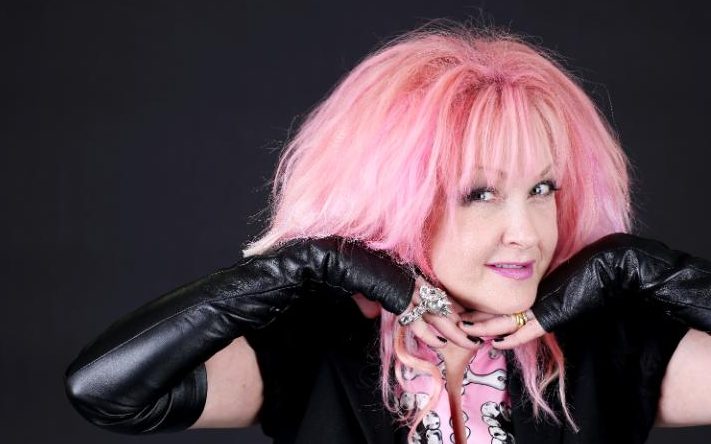 Cyndi Lauper is a singer who’s well-known for timeless hits like “Time After Time” and “Girls Just Want to Have Fun”. She’s released ten studio albums and her talents have extended to the realm of acting and Broadway musicals.

You might be wondering what Cyndi Lauper is doing now this year, or what happened to her since you don’t hear much about the singer anymore. Well worry no more as we take a look at the latest regarding Cyndi Lauper, but first we’ll take a trip down memory lane and see how she rose to fame.

Born on June 22, 1953 in New York City, Cynthia Ann Stephanie Lauper grew up listening to music which helped her cope with a difficult childhood. She and her two siblings were taken care of by their mother after the divorce of their parents, and the kids were frequently taken on trips to art museums and Shakespeare plays. Lauper’s ears were serenaded by the tunes of Louis Armstrong and Eileen Farrell, and when the Beatles came into prominence she was an instant fan. Later on she began to pen her own songs and sing in parks with the help of the acoustic guitar Lauper inherited from her sister.

As Lauper excelled in music, her grades did not do so well. She left school and obtained a diploma from a General Education Development test. She worked at a variety of odd jobs while she learned what she could from artists and writers during a solo trip to Canada. At her early 20s Lauper performed with several over bands and her years of singing took a toll on her vocal cords. It took a year’s worth of rest and help from a vocal coach to get Lauper back on her feet. 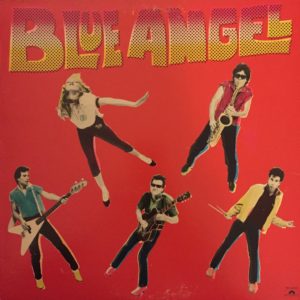 Lauper went back to singing and found herself a regular gig at the Manhattan nightclub Trude Heller’s. There she met John Turi, a keyboard and saxophone player, and the two started the band Blue Angel with the help of Lauper’s manager Ted Rosenblatt. The band released their eponymous debut album in 1980 under Polydor Records and Lauper’s singing talent was highly praised. The album was also praised by critics but it did not sell enough copies. Blue Angel eventually broke up and Lauper went back to balancing gigs and day jobs. 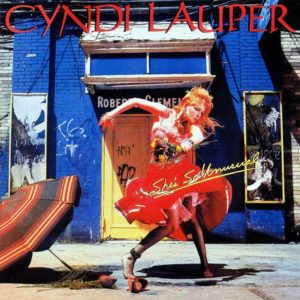 While performing on one of her gigs Lauper met David Wolff. He then became her manager (and later boyfriend) and the seeds for Lauper’s first album were planted. In 1983 Lauper introduced her debut album She’s So Unusual which contained the hit singles “Time After Time” and “Girls Just Want to Have Fun”, with the latter commended for having a very extravagant music video. The album gathered accolades and positive reviews, and the success of She’s So Unusual opened the doors for Lauper’s appearances in magazines and even in a storyline in the World Wrestling Federation.

Her second album True Colors followed three years later which is also successful but not as much as its predecessor. She ended the decade with another album titled A Night to Remember but it failed to replicate the performance of her previous two releases.

The 90s opened with Lauper’s marriage to actor David Thornton whom she bore a son with named Declyn Wallace seven years later. She’s also made appearances in the concert “The Wall in Berlin” of Pink Floyd and a tribute concert dedicated to John Lennon. In 1993 Lauper introduced her fourth album Hat Full of Stars which steered towards alternative music, with lyrics that addressed social issues at that time such as spousal abuse and racism. Critical reception was positive but its commercial performance lagged due to poor promotion. Her 1997 album Sisters of Avalon and the 1998 holiday album Merry Christmas… Have a Nice Life both suffered the same fate. The commercial failures of these three albums were attributed to the lack of support from the record label Epic due to an ongoing conflict with Lauper.

Lauper worked on her next album Shine in 2001 but was delayed due to the closing of the record label Edel Records. Singles from the album were leaked online and the full album was only released in Japan. Other territories received two extended plays, the first one contained singles from the album, and the second extended play contained remixes. Throughout the 2000s Lauper released three more albums namely At Last (2003), Bring Ya to the Brink (2008), and Memphis Blues (2010), with the latter now under the independent record label Downtown Records.

In 2008 Lauper founded the True Colors Fund, a nonprofit organization that supports LGBT youth and spreads awareness to the public regarding relevant issues.

Lauper also had her fair share of exposure in front of the camera aside from singing. She first appeared in the comedy film Vibes in 1988 with Jeff Goldblum, followed by comedies Off and Running and Life with Mikey.

Lauper made several appearances in the comedy television series Mad About Mad About You as Marianne Lugasso which earned her an “Outstanding Guest Actress” Emmy award. She’s also provided voices for characters in animated shows like Higglytown Heroes and The Backyardigans. 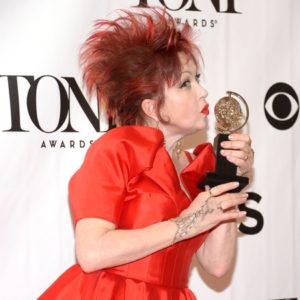 After Memphis Blues in 2010, Lauper has not released any new albums and instead she focused on other endeavors. She released iTunes exclusive covers during the Yuletide season in 2011. The next year Lauper published the book Cyndi Lauper: A Memoir, and was the composer of the music of Kinky Boots, a Broadway musical. Her work in the musical earned her the “Best Original Score” award during the 2013 Tony Awards, making her the first solo female awardee for this category.

The following year Lauper celebrated the 30th anniversary of She’s So Unusual by performing on a global concert tour. It ran from June 2013 to July 2014 and made more than $1 million in ticket sales. She also released the original album’s remastered version in 2014.

Let’s see what Cyndi Lauper is doing this year. 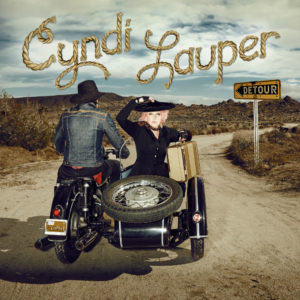 Last May she released her latest album titled Detour. It is a departure from her previous works as it featured country music, and critics gave it mixed reviews. She is currently on the Detour Tour to support her album which started on May 09 and will end on October 08 at Las Vegas.

Last August, Lauper coordinated with the Department of Agriculture regarding the lives of LGBT individuals in the rural parts of America.

Her son Declyn Wallace is now known as rapper Dex Lauper. He is currently working on a debut album As Life Goes On.

She recently appeared in a taping of Austin City Limits last September 09. She performed a couple of her energetic singles, plus “True Colors” in a capella.

Lauper is slated to appear on two fundraising events of the True Colors Fund this year. First is at the Damn Gala on October 09 in Hollywood, California. The second one is at the Beacon Theater in New York for the benefit concert “Cyndi Lauper & Friends: Home for the Holidays” on December 03. Proceeds from these events will be donated to the True Colors Fund for the benefit of LGBT youth, especially the homeless ones.