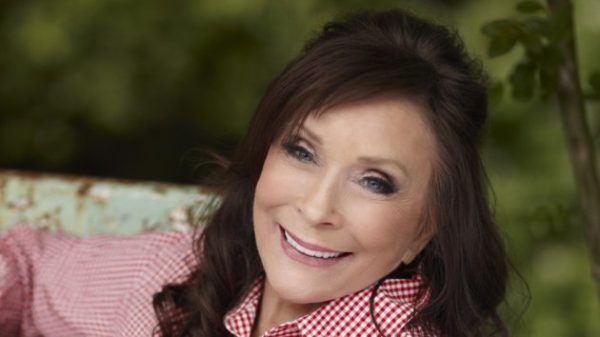 One of the biggest names in country music for over 60 years, Loretta Lynn has garnered such nicknames as “The First Lady of Country” and “The Queen of Country Music”. But what has the Queen been up to lately? Here, we take a look at the life of Loretta Lynn, including what she has been up to in 2016.

Born as the 2nd of 8 children to Clara Marie and Melvin Theodore (who was in fact, a coal miner), the Queen of Country had far from royal start to life in 1932. Spending her first 13 years in a small mining town deep within Kentucky’s Appalachia, poverty was very much the norm, but so was singing as a means of dealing with the day and family bonding.

At the age of 13, as a means to escape poverty, it was arranged that she marry Oliver “Doolittle” Lynn, who was 21 at the time, and already took the reputation of a bit of a trouble maker after returning home from war. The two soon relocated to Custer, Washington (another small town near the Canadian border). For the next 5 years, she would be occupied primarily with raising her four children, alongside domestic work, all the while singing to help pass the time. It would come to pass that only a few years after moving away, her father would succumb to Black Lung Disease as a result of his occupation.

This singing would not go unnoticed by her husband. Eventually, Doolittle would provide her a $17 guitar after telling her that she sounded as good as “anything [he] heard on the radio”, and would encourage her to learn how to play and eventually start her own band. He would also transport her to nightclubs in Canada, where she would perform songs that she wrote after noting that very few country songs came from a woman’s perspective. Though quite a few of her songs would be banned from radio as a result of controversial lyrics or ideas within, she would eventually gain a deal with Zero Records. This would prompt the release of the single, Honky Tonk Girl, and a cross country radio promotion tour.

This tour would yield great results, as by October of 1960 (only 8 months after the release of the single and subsequent album of the same name) Lynn would be invited to Music City, and to the Grand Ol’ Opry, where she would become a regular performer to both critical and fan acclaim.

Cline, Twitty, and The Birth of a Legend

While performing at the Grand Ol’ Opry, Lynn would encounter two fellow performers that would help craft her experience and refine her sound until she would end up surpassing both in terms of title and sales. The first of these would be the legendary Patsy Cline, who would often counsel her before filming in how to dress and style herself, which would carry on to this day in typically elegant dress and appearance. These would come to aid her in her appearances alongside the Wilburn Brothers, who would later say that both her appearance and humor were disarming, and her lyrics powerful and candid. They would even go on to nickname her the “Female Hank Williams” for her skill and internal strength. Unfortunately in 1963, Patsy Cline would die in a plane crash, but this would certainly not destroy her memory in Lynn, who would record an album “I Remember Patsy “ in 1977 in her honor.

Her other big partnership would come through work with Conway Twitty, which began in 1971 and lasted for well over a decade. While she had already made multiple #1 selling singles and albums, as well as being the first country artist to ever make the New York Times Bestseller list for her autobiography, Lynn’s partnership with Twitty would produce some of her most iconic work. Conway and Loretta, as they were known, would go on to win Duo of the Year from the Country Music Association, beating out the likes of Dolly Parton and Porter Wagoner, as well as George Jones and Tammy Wynette, who were giants in their own right.

This fame and unprecedented success wouldn’t quite last, however. By 1978, she had recorded her last number 1 hit, though she would by the early 1980’s be the first woman in country to garner 50 Top 10 hits. By 1985, her last top 20 hit would be released in “Heart Don’t Do This To Me”. Three years later, she would release her last solo work for decades, “Who Was That Stranger”.

The 1990’s would prove that, despite the downward spiral of Lynn’s career the decade earlier, she was more than capable of rallying back onto the charts. Partnering with Dolly Parton and Tammy Wynette, “Honky Tonk Angels” would end up #6 in terms of album sales, being certified gold with over 800,000 sales. She would also receive the Pioneer Award for her advancements in country music, especially in writing from a woman’s perspective during a time that made it slightly risqué to do so. By 1995, Loretta had to cut a few touring dates and delay the release of her first new album until 2000, as a result of her husband’s failing health. By 1996, only 5 days before his 70th birthday, Doolittle would pass away.

Her next album, “Country in my Genes” would include a tribute to her husband, “I Can’t Hear the Music”. She would often say that life experiences with him, and the ups and downs of their marriage would provide inspiration for much of her work. Following up the album, she would make it on the New York Times best seller list yet again, with “Still Woman Enough.”

The new millennium would present itself as a period of quiet opportunity for Lynn. She would continue touring with her classics in tow for most of the first decade of the 2000’s, also releasing a cookbook, “You’re Cookin’ It Country” in 2004. During this time, she would be celebrated yet again and receive the Kennedy Center Honors award the year previous, and then a lifetime Grammy award in 2010, and the Presidential Medal of Freedom a three years later. By this time, her cumulative album sales would reach a staggering 45 million copies.

As of 2016, it would appear Loretta Lynn has been getting ready for yet another musical journey. As of March 2016, Loretta has released a new album “Full Circle”, produced by John Carter Cash and features a mix of musical styles from her entire life, from the simple Appalachian Country and Gospel she was raised on, to the Honky Tonk she helped innovate, to brand new creations. Alongside this album, PBS released “American Masters – Loretta Lynn: Still A Mountain Girl”, a film chronicling her life and rise to fame. Lynn also released “White Christmas Blue”, on October 7, 2016, to help bring in the holidays. At time of writing, Loretta Lynn is still touring the United States, and despite having to postpone a few dates in recent months, seems to still be going strong. Through her entire legendary career, she has been said to have one simple comment: “I aint a star- a star is something up in the night sky… I’m not a legend. I’m just a woman.” Hopefully, Loretta Lynn will be “just a woman” for many years to come.