What Happened to David Arquette-News & Updates 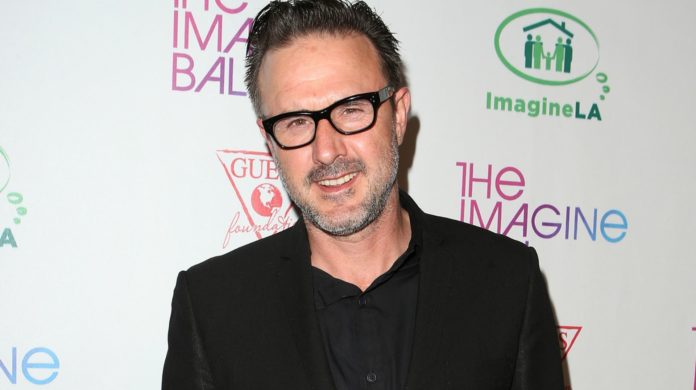 David Arquette is an American actor who is probably best known for his roles in the Scream film series. Born into an acting family, everyone around him had a feel that he’d be following in their footsteps; Arquette eventually landed his first role in a television series at the age of nineteen when he was cast as a supporting character in the drama, The Outsiders. Launching forwards into his acting career, he continued to appear in various shows throughout the early 90’s; some of his earlier works include: Parenthood (1990), Where the Day Takes You (1991), Cruel Doubt (1992) and Blossom (1992), to name a few. However it wasn’t until he made his film debut in the 1992 comedy, Buffy the Vampire Slayer that he began to garner more national attention. Since his early beginnings in the show business, he has undoubtedly made a name for himself in the industry, having starred in countless television series and Hollywood films over the years.

Having taken part in over a hundred projects as an actor, it’s not surprising that his talents have not gone unnoticed. He won his first industry award at the age of twenty seven when he was presented with a Blockbuster Entertainment Award for the category of “Favourite Actor in a Horror” for his role in Scream 2. Since then, he has received one more Blockbuster Entertainment Award for “Favourite Supporting Actor in a Comedy/Romance” for his portrayal of Rob Geller in the romantic comedy, Never Been Kissed. A couple of the other awards under his belt include a Teen Choice Award for his work in Scream 3, a Ft. Lauderdale International Film Festival Award, as well as an Eyegore Award. On top of being a multi-award winner, Arquette has also been nominated for an International Academy of Web Teleivsion Award and The Streamy Award in 2014.

In addition to being an his work as an actor, Arquette also ventured briefly into professional wresting in the early 2000’s, having competed for World Championship Wrestling. Noted for his signature moves, the Wormーa high impact elbow drop and the Spear, he eventually took home the WCW World Heavyweight Championship one time. In the end, Arquette donated all the funds which he’d made from his time on WCW to the families of multiple accident victims, including Owen Hart, Darren Drozdov and Brian Pillman.  Speaking of the wrestling, the actor has also appeared in a variety of WWE promotional commercials for the anti-bullying campaign, “Be A Star.”

So what has the actor and former professional wrestler been up to these days? What new movies and television series have he been working on? What happened to David Arquette? Where is he now in 2018? 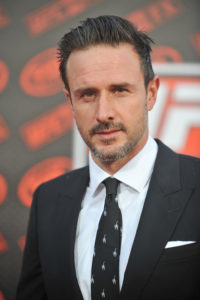 Born on September 8, 1971, in Bentonville, Virginia, David Arquette is the son of Lewis Arquette and Brenda Olivia; both his parents were highly active in the entertainment industry as actors (his mother was also an acting instructor). Arquette is the youngest five siblingsーhe has two older sisters and two older brothers (all of whom have also dabbled in acting); he is Jewish from his mother’s side. Hailing from a well known family of actors and performers, both his grandfather and great-grandfather had worked as actors as well. Although Arquette enjoyed a rather happy childhood, his upbringing was also quite unusual in the fact that his father had been experiencing substance abuse related issues from time to time.

Shortly after his birth in Virgina, Arquette moved with his family to Chicago briefly before settling into the  bustling city of Los Angeles. As a teen, he went to Fairfax High School located near the border of West Hollywood, where he took many classes in both art and acting. After graduating, Arquette took part in multiple auditions before securing his first acting role in the Fox drama series, The Outsiders at the age of nineteen. An adaptation of a popular novel, the show followed the lives of the students at an Oklahoma high school, who found themselves belonging to multiple rival groups. However despite the earlier success of the story, the drama series did not garner much attention during its run and was eventually cancelled after thirteen episodes, ending in July 1990. 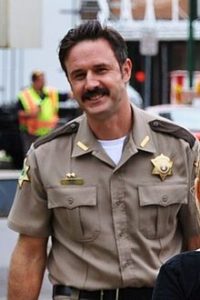 Later in that same year, the budding actor received a second part in the NBC sitcom, Parenthoodーit would be his first leading role in a television show. Similar to his debut on the small screen, the series was also an adaptation of an earlier workーit had been released as a film back in 1989. First aired in the summer of 1990 in the United States, Parenthood revolved around a middle-class family, the Buckmansーfour generations of family members who lived together under the same roof. Upon its premiere, the pilot was heavily praised by various publications such as the New York Post and USA Today. In Parenthood, Arquette portrayed the character of Tod Hawks, the series’ protagonist; other cast members include Jayne Atkinson, Ed Begley Jr., Thora Birch, Maryedith Burrey, Leonardo Dicaprio and Mary Jackson, amongst others. Although it was initially well received however, the drama was later cancelled after a fall of ratings after one season.

For the next few years, Arquette played a number of guest roles on the small screen including in Blossom (1992), Beverly Hills 90210 (1992) and Rebel Highway (1994). It was around that time that he also made his debut on the big screen when he was cast as Benny in the comedy horror, Buffy the Vampire Slayer. Directed by Fran Rubel Kuzui, the movie told the story of a cheerleader girl named Buffy, who eventually in the film, realizes her fate of hunting vampires. Although the film was met with mediocre reviews from critics upon its release in theatres, it was a moderate commercial success, having grossed over $16.6 million dollars from a $7 million budget. Other starring actors include Donald Sutherland, Rutger Hauer, Paul Reubens, Kristy Swanson and Luke Perry.

While the film did help some in helping Arquette to get his name out there at the time, it wasn’t until 1996 that he received a breakthrough in his career when he was cast as one of the main characters in the first instalment of the ever-so-popular, Scream film series. Taking place in a small fictional California town called Woodsboro, the movie followed the life of a high school student who, through the course of the film, finds themselves becoming the target of Ghostfaceーa mysterious killer. Opened in theatres in December 1996, Scream was a huge critical hit and was soon accredited with revitalizing the horror genre as a whole in the 90’s.

Based partly on the real case of the Gainesville Ripper, Scream soon became the highest grossest slasher thriller film in all of the United States. Having grossed over $173 million at the box office, it also received a multitude of awards including an International Horror Guild Award, three Saturn Awards and a MTV Movie Award. A highly successful series, Arquette later reprised his role as Deputy Dewey Riley in the film’s later sequels, Scream 2 (1997) and Scream 3 (2000).

Rising in popularity after his time on screen in the Scream series, Arquette’s next big role came in 1999, when he was cast as Rob Geller in the romantic comedy movie, Never Been Kissed. Directed by Raja Gosnell, the film followed protagonist Josie Geller, as she finds herself infiltrating an high school as part of her job as a newspaper reporter; Arquette ultimately played the part of Josie’s brother, whom she was close to. Released in April 1999, Never Been Kiss was modest success, having achieved over $84 million at the box office. For his portrayal of Rob, Arquette was also awarded a Blockbuster Entertainment Award for “Favourite Supporting Actor” in 2000. 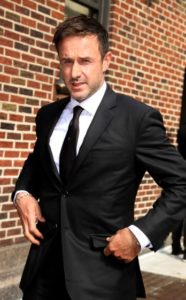 Carrying on with his work into the new millennium, Arquette took part in a slew of comedy films during the early 2000’s including Ready to Rumble (2000), 3000 Miles to Graceland (2001), See Spot Run (2001), Eight Legged Freaks (2002), Happy Here and Now (2002), and Essentiailly Naked (2003), amongst numerous others. In 2000, the actor also received his first voice-over role when he was cast in Pelswick, an animated cartoon series which initially aired on Nickelodeon that fall. Based on a set of books by author John Callahan, the show followed the life of a teen name Pelswick, who despite the use of a wheelchair, is able to lead and live a normal life. In it, Arquette lent his voice to the character of Mr. Jimmy, Pelswick’s personal guardian angel; he continued the role for twenty six episodes until the series’ end in November 2002.

In 2007, the actor played the role of Jason Ventress in the ABC sitcom, In Case of Emergency. Created by Howard J. Morris, the series revolved around a group of high school friends, who after reuniting after many years, realize that their lives have not turned out the way that they’d planned. Premiered in January 2007, In Case of Emergency starred a list of actors in its cast including Jonathan Silverman, Greg Germann, Kelly Hu, Lori Loughlin and Jackson Bond. After a run of thirteen episodes however, the sitcom was ultimately cancelled by ABC. 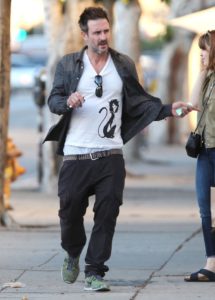 In September of 2016, Arquette’s sister, Alexis had passed away tragically due to complication from AIDs. Just a few days after her death, the actor took to Twitter to share a tweet about his beloved sister; in said tweet, Arquette had posted a photo of Alexis with its caption as the lyrics of the song, She’s a Rainbow by the Rolling Stone. In a statement later released by their sister Patricia, it was revealed that the actress had passed away peacefully while being surrounded by her beloved family members and to the soft melody of David Bowie’s song, Starman.

Tragic news aside, Arquette has been pretty busy this year as an actor with a fully-packed schedule. Just recently, two projects which the actor was involved withーa comedy film entitled, Casual Encounters and a television film called, Sigmund and the Sea Monsters were released. In addition, Arquette has also been filming a 2016 TV movie called, Truck’d Up as well as a comedy film called, When the Starlight Endsーboth of which have since been completed. Two other films which he has taken part in according to his IMdb profile include the action movie, Chuck Hank and the San Diego Twins and the comedy, When Jack Went Glamping. Although both projects are currently in the post-production stages, no official release dates have been announced as of yet.

Do you want to stay connected with the American actor as a fellow fan? You can do so easily by following David Arquette on social mediaーyou can find him on Instagram (@davidarquette) or on Twitter (@DavidArquette). Don’t forget to also check out his official Facebook page as well!