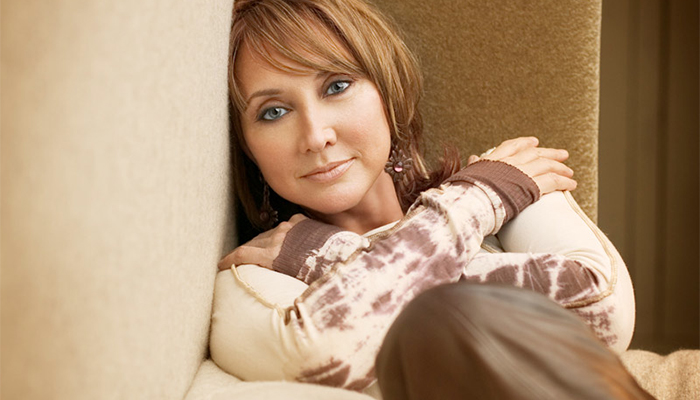 Pam Tillis is a American country music artist best known for some of her hits such as Mi Vida Loca (My Crazy Life) and Tomorrow’s World. The daughter of well-known country singer Mel Tellis, Tillis first entered the show biz at the tender age of eightーwith a performance of Tom Dooley on the Grand Ole Opry Stage Concert in 1965. Singing and performing music through the years, she eventually released her debut single, Every Home Should Have One when she was twenty four. Although the single was not a commercial hit at the time, it would act as a kick-start to her professional singing career. Carrying on with her music, she continued to release a number of records during the 80’s including, Killer Comfort (1983), Love Sneakin’ Up on You (1983), Goodbye Highway (1984), One of Those Things (1985), Those Memories of You (1986), amongst several others.

Since then, Tillis has released well over fifty singles and albums throughout the years including the 90’s hits, Shake the Sugar Tree (1992), Romeo (1993), Cleopatra Queen of Denial (1993) and Let That Pony Run (1993). A celebrated country singer-songwriter, Tillis has received many awards over the years for her contributions to music such as a Music Row Award of the Year, a Country Music Association Award or “Female Vocalist of the Year, a Country Music Television Award for “Top Female Video Artist” as well as a Grammy Award for “Best Country Collaboration with Vocals” for her work in the collaboration, Same Old Train. In addition, she has also received many award nominations including two for the Grammy Award.

Besides being an accomplished musician, Tillis has also made a handful of appearances on the small screen in the series, L.A. Law (1993), Promised Land (1998), Diagnosis Murder (1998), Pam Tillis: Live at the Renaissance Center (2005) and Nashville (2015). In addition, the singer has also performed and been featured as a guest in numerous times in various television talk-shows such as Late Show with David Letterman (1996), Late Night with Conan O’Brien (1996), The Rosie O’Donnell Show (1996), The Tonight Show with Jay Leno (1997). In 2003, Tillis was even a celebrity contestant in the popular game show, Wheel of Fortune!

But what has the country singer been up to as of late? What happened to Pam Tillis? What new projects have she been working on? Where is she now in 2018? 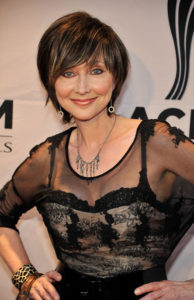 Born on July 24, 1957 in Plant City, Florida, Pam Yvonne Tillis is the daughter of country music legend Mel Tellis and Doris Tillis. She has five siblings, three sisters and two brothers. Growing up as listening to the tunes of his father, Tillis seemed to have a flair for music even during her early childhood; she first began to make up her own songs at the age of four for her kindergarden class. By the time she was eight in 1965, she had already stepped foot on to the stage of the Grand Ole Opry to perform a rendition of, Tom Dooley by The Kingston Trio. Having first began to play the piano at the age of eight, she later went on to take up guitar at eleven and singing in clubs at fifteen.

When Tillis was sixteen, she was injured in a car accident which led to many subsequent years of surgery. Following the ordeal, she went to the University of Tennessee however would ultimately drop out after two semesters due to a lack of interest. However even during her brief time at the university, she was involved with music; she was part of a folk duo with fellow singer Ashley Cleveland, and was also a member of a jug band known as the High Country Swing Band. Shortly after leaving university, Tillis began to work at a publishing company owned by her father, where she’d eventually write the song The Other Side of the Morning for American country singer Barbara Fairchildーthe piece would ultimately rank number 72 on the Hot Country Songs Chart during the late 70’s.

A few years after working with her father, Tillis moved to California briefly where she founded a jazz and rock band called Freelight. Upon her eventual return to Nashville, she focused on her work as a song-writer and had many of her pieces recorded by music artists such as Martina McBride, Chaka Khan, Conway Twitty and Gloria Gaynor, amongst others. The aspiring musician would ultimately land her first recording deal with Warner Bros. Records in 1981. 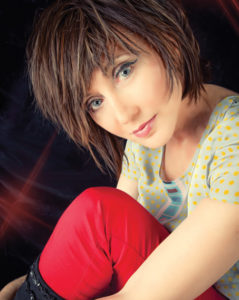 That year, Tillis released the first single of her career, Every Home Should Have One under Warner Bros Records; however it would ultimately not chart. Pressing on with her career despite the lack of success, the singer released her debut studio album entitled, Above and Beyond the Doll of Cutey in 1983. Featuring ten tracks, some of which were written by Tillis herself, it featured two singlesーLove is Sneakin’ Up on You and Killer Comfort. Compared to her later albums, Above and Beyond the Doll of Cutey would also be known for its pop oriented tunes.

Throughout the rest of the 80’s, Tinnis released a number of singlesーGoodbye Highway (1984), One of Those Things (1985), Those Memories of You (1987), I Thought I’d Just About Had it with Love (1986), I Wish She Wouldn’t Treat You tHat Way (1986) and There Goes My Love (1987). Although five of the songs charted on the U.S. Country Top Singles Chart, the most successful would be Those Memories of You, having managed to peak at the number five position on the Billboard Hot Country Singles Chart and at the number one position in Canada on the RPM Country Tracks. Shortly after releasing her ninth single with Warner Bros Records, the singer left the recording label to work as a songwriter for Tree Publishing in Nashville. 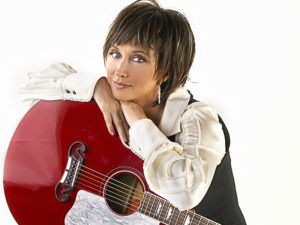 Following a short period of songwriting at Tree Publishing, Tillis would realize her passion for country musicーthough many seemed to notice it before the singer herself. Wanting to pursue her newly found love for the tunes, she signed a recording contract with Arista Nashville and returned to the music scene as a singer. A year later, she released her first single under the label, Don’t Tell Me What to Do in December 1990. Wrriten by Max D. Barnes and Harlan Howard, the song peaked at the number five spot on the Billboards Hot Country Songs Chart in the United States and at the eighteenth spot in Canada on the RPM Country Tracks Chart; towards the end of the year, it was at number 65 on the Billboard U.S. Country Songs Chart.

Tillis later release her first studio album under Arista in January 1991. Entitled Put Yourself in My Place, the album included ten tracks, and would go on to spawn four singlesーMaybe It Was Memphis, Blue Rose Is, One of Those Things, and Don’t Tell me What to Do. Met with generally positive reviews from music critics, the album climbed up to the number ten sport on the Billboard Top Country Albums Chart and to the number sixty-nineth spot on the Billboards 200 Chart; across the border it also performed fairly well, having charted at the twelfth position on the RPM Country Albums Chart in Canada. Since it was first released, Put Yourself in My Place has sold over 500,000 units across the country and has received gold certification by the RIAAーmaking it Tillis’ first album to achieve such a feat.

Carrying on with her success, Tillis released her third studio album (second under Arista), Homeward Looking Angel in September 1992. Composed of ten tracks, the album was generally a hit upon its release, having peaked at the number 23 spot on the Billboard Top Country Albums Chart and at number 83 spot on the Billboard 200 Chart in the United States; similarly, it peaked at number 11 on the RPM Country Albums Chart in Canada. Praised for its content, Homeward Looking Angel spawned five singlesーCleopatra, Queen of Denial, Do You Know Where Your Man is, Let That Pony Run and Shake the Sugar Tree; two of which would later go on to rank amongst the top five in the Hot Country Songs Chart. The album soon sold over 1,000,000 copies in the country and was certified platinum in the United States.

Over the rest of the 90’s the county singer released three more studio albumsーSweetheart’s Dance (1994), All of This Love (1995) and Every Time (1999); the first having been most successful with its platinum certification both in the United States and Canada.

In March 2001, Tillis released her seventh studio album, Thunder & Rosesーit would also be her last with the label, Arista Nashville. Although it was not as big of a hit compared to her earlier 90’s works, the album would go on to peak at number 24 on the Billboard Top Country Albums  Chart and at number 184 on the Billboard 200 Chart. Over the next decade, she would release two more studio albums, It’s All Relative: Tillis Sings Tills in September 2002 and RhineStoned in April 2007. 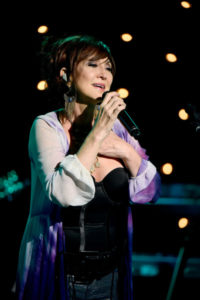 Although it’s been close to ten years since the release of her last studio album back in 2007ーit looks like the wait will soon be over for fans as Tillis’ just recently announced this year that she is preparing to work on an upcoming, tenth studio album. According to the country singer, the album will feature country tunes inspired by 70’s pop music, in contrast to her earlier records. While no official release date has been announced as of yet, the singer has stated that she is hopeful to have it out in stores sometime by the end of 2016, although she has stated that she is in no rush.

In the headlines, Tillis was seen asking asking for prayers for her father, Mel Tillis this past January. The country legend, who has released dozens of major hits throughout his time, had recently taken “a turn for the worse” following a colon surgery this January. Although her father was initially expected to recover “just fine” from the procedure, complications had later arisen after a few weeks. Tillis later reassured fans with an update this May on Facebook stating that although the recovery was taking longer than they’d like, that he remains to be in good spirits.

Tillis has also been performing at various venues across the country this year. In April, she performed the Chocolate Festival at Rainbow City and in June, she also sang on the stage of the Five Rocks Amphitheater in Gering. Not to mention she has also performed at the Choctaw Grand Theatre in Oklahoma this August alongside fellow singer John Anderson.

If you’d like to stay connected with the American country star, you can do so by following her Twitter at @pamtillis. Alternatively, you can also follow Pam Tillis on her official Facebook page at @pamtillis.