What Happened to Joe Pesci – 2018 Update 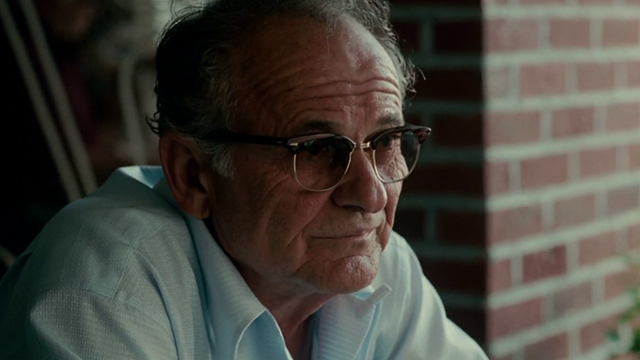 Joe Pesci is one of the most famous character actors in film history. He is most-known for his collaborations with Martin Scorsese and Robert DeNiro in Ragging Bull, Goodfellas and Casino.

Joe Pesci was born on February 9, 1943 in Newark, New Jersey. His parents were both Italian-Americans. Pesci discovered his passion for acting from a young age. At four years old he appeared on a radio program. He was a regular on the televised variety show Startime Kids at the age of 10.

By 1960, Pesci was working as a barber, whole trying so start his music career. He played guitar with several bands, most notably Joey Dee and the Starliters, which would later become Jimmy Hendrix’s Band. In 1988 he released a cover album called Little Joe Sure Can Sing under the name Joe Ritchie.

In the late 60s and early 70s, Pesci tried his hand at comedy. He teamed up with fellow actor Frank Vincent and created the comedy duo Vincent and Pesci. They would perform at bars across Northern New Jersey. In 1975 the duo appeared in the Broadway show The New Vaudevillians, which only lasted a week.

In 1976, Pesci starred in his first film, the low budget crime film The Death Collector. After filming wrapped, he went back to The Bronx where he worked in a restaurant.

In 1979, Joe Pesci got a call from Martin Scorsese and Robert DeNiro, who told him they liked what they saw

and offered him a part in Raging Bull: Joey LaMotta, the brother and manager of boxer Jake LaMotta. This got Pesci an Academy Award nomination for Best Supporting Actor. In the next couple of years, Pesci appeared in a few low-budget films:  Dear Mr. Wonderful, Easy Money and Eureka.

In 1984, he re-teamed with Robert DeNiro for Sergio Leone’s Once Upon a Time in America. In 1985, he starred as private investigator in a short-lived TV show called Half Nelson. In 1988, he played a crime boss in Michael Jackson’s Moonwalker. In 1989 he appeared in Lethal Weapon 2, as Leo Getz, a federal witness. He would reprise his role in the sequels.

In 1990 he re-united with Martin Scorsese and Robert DeNiro in Goodfellas. Pesci played a short-tempered psychopathic mobster Tommy DeVito, which would become his most iconic role. Frank Vincent, Pesci’s former comedy partner is also in the movie, playing the gangster Pesci’s character kills after he makes a joke about him. Pesci received an Academy Award for Best Supporting Actor.

Also in 1990, Pesci starred in Home Alone, where he played a criminal trying to burglarize the house of a kid played by Macaulay Culkin. Pesci reprized his role in Home Alone 2: Lost in New York. In 1991 Pesci  appeared as David Ferrie in JFK. In 1992 he appeared alongside Marisa Tomei in My Cousin Vinnie. Later that year, he starred in The Public Eye.

In 1993, Pesci had a small role in Robert DeNiro’s A Bronx Tale. In 1995, Pesci would have his third collaboration with DeNiro and Scorsese with Casino. His character, Nicky Santoro, was based on real-life Mob enforcer Anthony Spilotro. After Casino, Pesci appeared in 8 Heads in a Duffel Bag, Gone Fishin’ and Lethal Weapon 4, and then announced his retirement from acting.

Since announcing his retirement from acting in 1999, Joe Pesci has only appeared in three films: Robert DeNiro’s The Good Shepherd, Love Ranch with Helen Mirren, and the English dub for an animated movie.

His retirement from acting seems odd, but there is a reason for it. According to people who have tried to convince him to make a comeback, Joe is a very private person, who always hated fame.  He also loves acting but finds it draining. So he chooses to spend his golden years playing golf and spending time with his family. Though there are rumors that that might change soon, and Pesci will appear in Scorsese’s upcoming film The Irishman, which would mark his 4th collaboration with Scorsese and DeNiro.